Star Wars: Galaxy's Edge is coming to both Disneyland and Walt Disney World this summer and it's the largest land expansion in the parks' history.

(Editor's note: Earlier this year, ABC News' Clayton Sandell got a look at the land Disneyland ; read his coverage here.)

There were no cameras allowed during our interview. We entered the new land through what will be one of two entrances, Georges explained.

"Both entrances are cinematic in their scale," he said. "This one [Grand Avenue entrance] you get see an incredible long shot, the land just goes on forever. The other [through Toy Story Land] you get wide shot with all the spires and rooftops, it's just epic, both of them."

The expansion is 14 acres in each park.

"We've never done anything this big, and oh by the way, we're doing two of them simultaneously," he said.

The content is the same in both parks, though there will be three entrances to the land at Disneyland.

Georges showed us the "launching off point" for Star Wars, Rise of the Resistance, one of two main attractions. He called it "the most technically complex attraction we have ever undertaken. I've been in Imagineering for 32 years and this is the one I've always dreamed about building."

He said Star Wars, Rise of the Resistance puts guests in an "epic battle between the First Order and the Resistance and culminates in a face-to-face confrontation with Kylo Ren. Not where you want to be."

That ride, part of phase 2, will open toward the end of the year.

The attraction to open first is the Millennium Falcon Smugglers Run.

"This is the ride that the world has been waiting for," Georges said. "Everybody wants to get into the cockpit of the Millennium Falcon and fly that iconic ship." 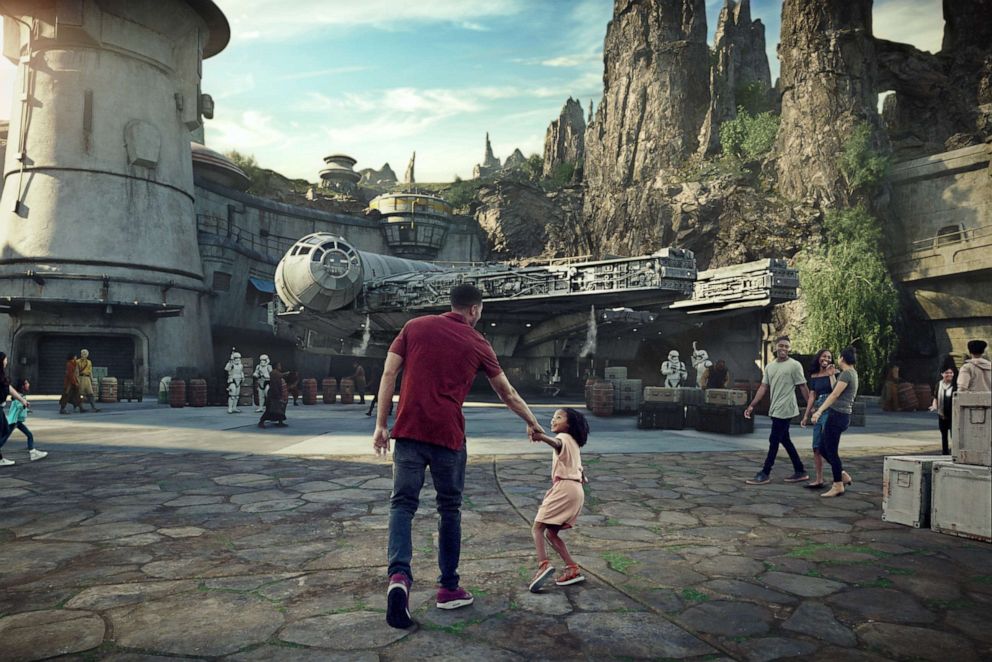 Six people ride in the cockpit together. Georges called his experience on the attraction "life changing."

"There is a before and there is an after," he said. "It is amazing. It's such a personally interactive and immersive experience. You're all collaborating to fly that ship. You are on the adventure, the mission is up to you and your ability to deliver it. Just the approach to the ship and the excitement of being there, you get views of the entire ship then you get into the chess room and then the cockpit and your flying it. It's sort of out-of-body." 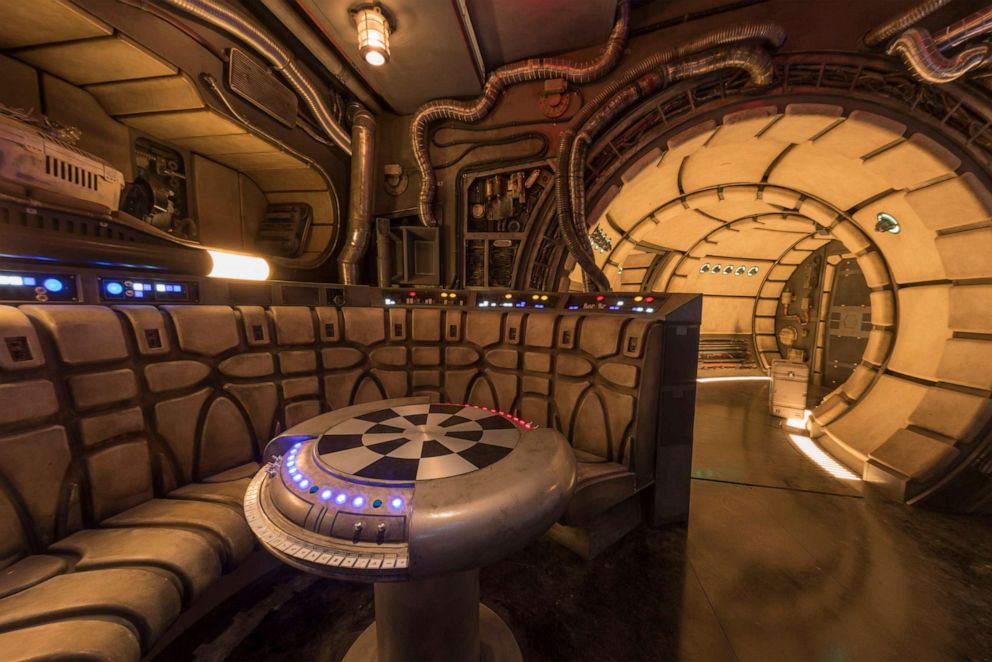 He called the access to the storytellers and filmmakers at Lucasfilm "unprecedented. It's enabled us to deliver this level of an authentic experience."

Georges told "GMA" he walked a woman from Lucasfilm through the attraction in Anaheim.

"We turned the corner and came up to the Falcon and she just lost it. She started crying," he said. "Even the filmmakers don't see these things built full-size, usually it's a screen or a model or maybe just a part of the set, whatever they need for the movie. Even for our biggest fans, I think they are going to be blown away by the scale and level of detail."

Upon completion of phase 1 will be a series of souk markets.

"Any piece of merchandise is only available here and is authentically in-story," Georges said. "There's no Disney Parks merchandise here. It's only items the residents of Batuu would purchase."

For example, the toy shop has handmade plush toys. The food and beverage is also signature to the land. "Ronto Roasters will roast meats, you can carry your sandwich around the land," he said. Next door is quick service restaurant Docking Bay 7, the land's main restaurant. 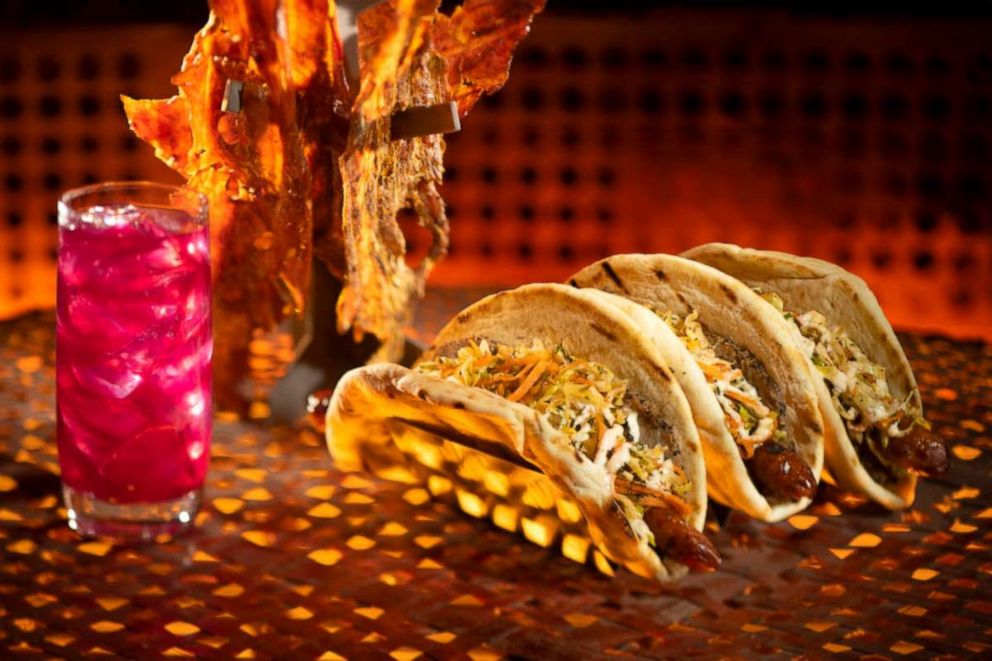 There are two immersive retail opportunities: At Droid Depot, guests build their own droid and once it's powered it up, it will interact with other droids in other areas of the land. At Savi's Workshop, guests can build custom lightsabers.