Every day at the start of his classes, Nick Orr, a high school science teacher in Nevada, said he checks in with his students about their mental health.

It's a practice Orr said he began doing after his own brother Anthony died by suicide shortly after graduating high school in 2020.

Orr said Anthony's death came as a shock and made him realize his brother may have never felt there was a safe space to talk about his mental health.

"I didn't think there was anything going on," Orr told "Good Morning America." "We had a wonderful relationship, but this is just something he never told anyone about, he never spoke about, he never asked for help and unfortunately, it was something that ultimately got the best of him."

Anthony's death came at the same time the school district where he attended high school experienced a wave of student deaths due to suicide, according to Orr. 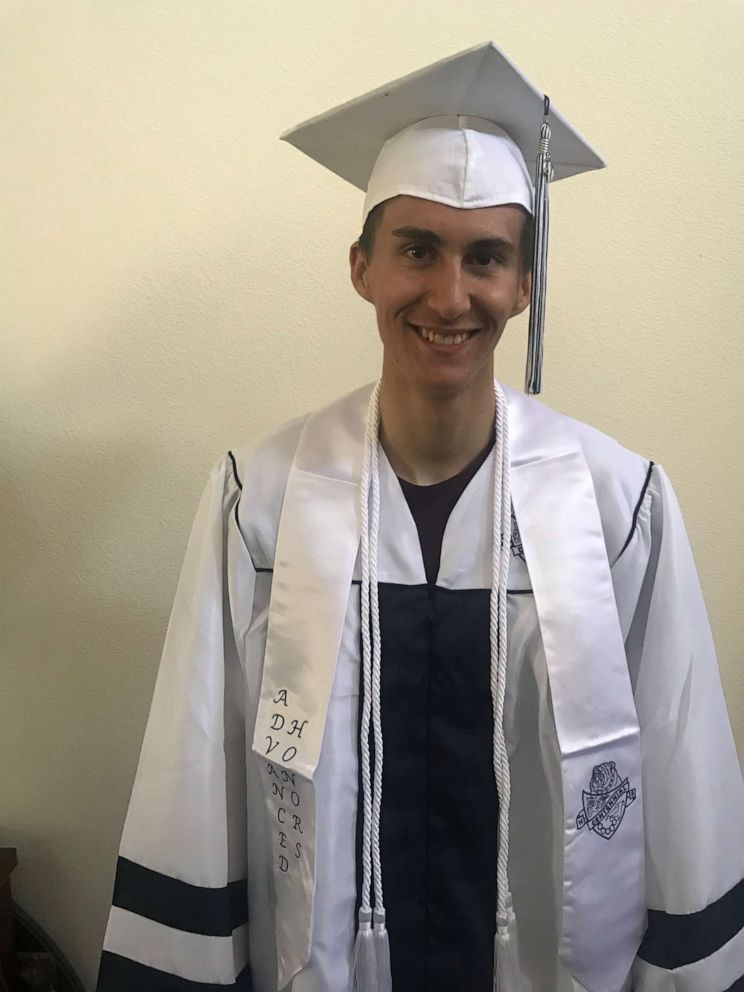 He said the firsthand experience of seeing teenagers struggling with their mental health changed the way he approached it in his classroom.

"How much do we really want to put an emphasis on academic content standards and this rigor when these kids are so obviously hurting and struggling," said Orr. "We can ask them to think about earth science for 80 minutes straight, but we know that that's not going to happen."

He continued, "There are going to be issues that promote emotional reactions for these kids and teaching them how to deal with their feelings as well as how to process their feelings. That's how we set them up to be successful in their life." 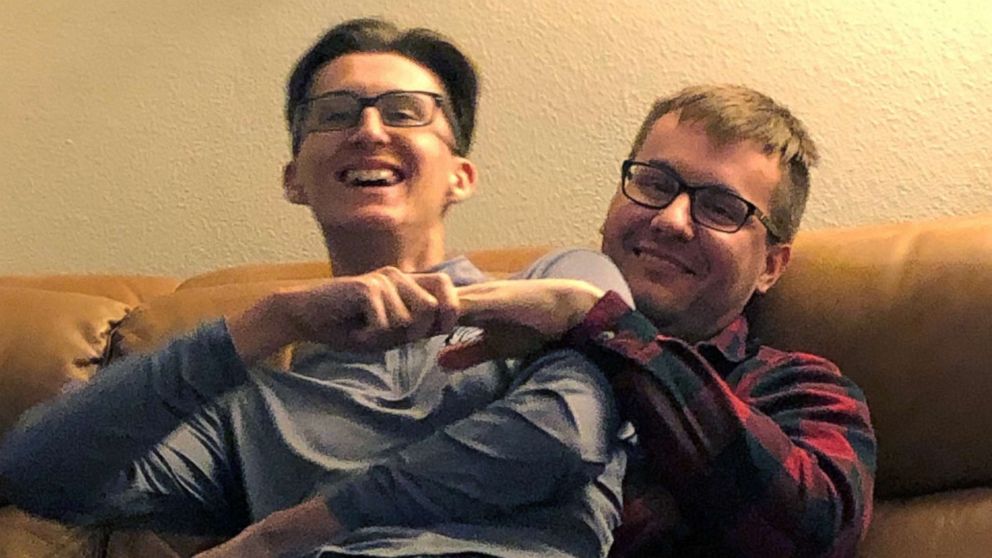 Courtesy Nick Orr
Nick Orr is pictured with his younger brother Anthony, who died by suicide in 2020.

In Orr's classroom, he began asking his students to confidentially give him a thumbs up or thumbs down sign at the start of class to let him know how they're feeling.

He started holding what he calls "social-emotional conferences" with students as follow-ups. Orr also started helping students with their physical health as a way to improve their mental health, taking on classroom challenges to drink more water, get more sleep and eat breakfast daily, something he has his first period students do together as a class each morning.

Orr said he works hard to make sure each student knows that they matter and that help is available.

"My kids know that if they ever need me, I am a trusted adult that they can come to and that I'm here to help however I can," said Orr. "I tell the kids that they all matter, that we don't all have to dance to the same beat or do the same job or go down the same path, but we do all need to look out for each other and respect each other." 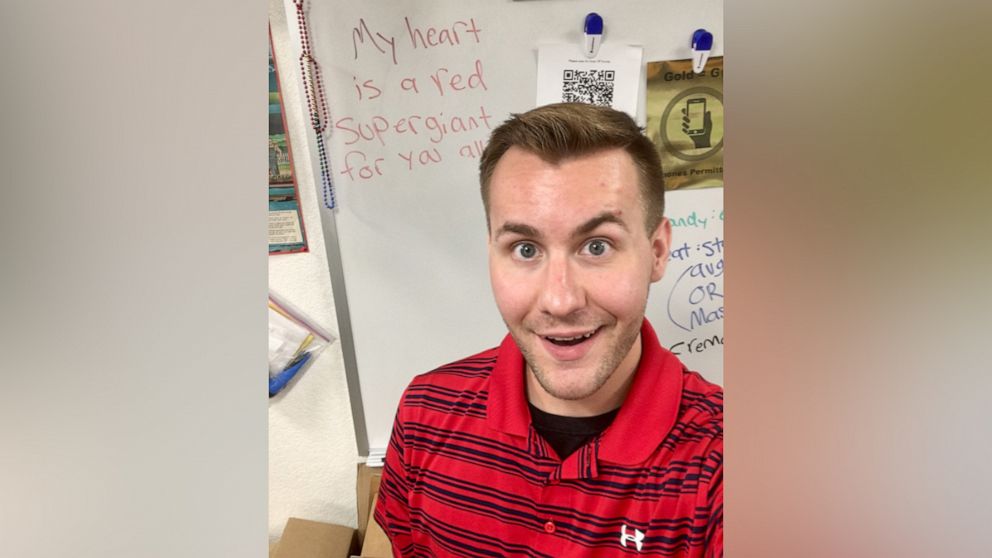 Orr said that connecting with each student and looking out for their mental health is "no easy task" given all the other responsibilities he and other teachers have, but it is one he is committed to as a way to honor his brother.

He said both he and his parents talk openly about Anthony and mental health so that no other family has to suffer a similar loss.

"As suicide survivors, we don’t want anyone else to experience the pain that we’ve lived through and live through to this day," said Orr. "It can be terrifying to ask for help, but so is what could happen if we don't get help. Very few things are as permanent as suicide."

Growing concerns over teens and suicide

Across the country, the suicide rate among young people has been on the rise, increasing nearly 60% between 2007 and 2018, according to the Centers for Disease Control and Prevention.

In 2021, during the coronavirus pandemic, there was an almost 51% rise in emergency department visits related to suspected suicide attempts among girls ages 12 to 17, compared to the same time period in 2019, according to data released last year by the CDC.

Editor's Picks
MORE: Dear parents: Here are 5 things we teens want you to know about our mental health

Dr. Jenna Glover, a licensed psychologist and director of psychology training at Children's Hospital of Colorado, said she has seen firsthand the mental health struggles among teens.

"In large part that's just due to having increased pressures in our society and more access to information and connections to other people, which isn't always a helpful thing," said Glover. "I think we also have seen a small amount of that increase come just because we are identifying the problems so more people are more aware, but certainly kids are dealing with more stress and pressure relative to previous generations."

Glover said teens today are connected online which means they face more stressors like bullying and the pressure to succeed as well as full access to information on societal struggles like wars, the pandemic and climate change.

"They're experiencing a lot more stress than many of us did growing up," said Glover, who said in her home state, suicide is the leading cause of death for young people ages 10 to 24.

The high rate of mental health struggles among her peers in Colorado is what prompted Aimee Resnick, 17, of Centennial, Colorado, to advocate for a now-state law that requires student ID cards to feature the state's free, 24/7 mental health hotline.

It was that hotline that Aimee said saved her life when she called it for help at age 13 while struggling with suicide idealization. 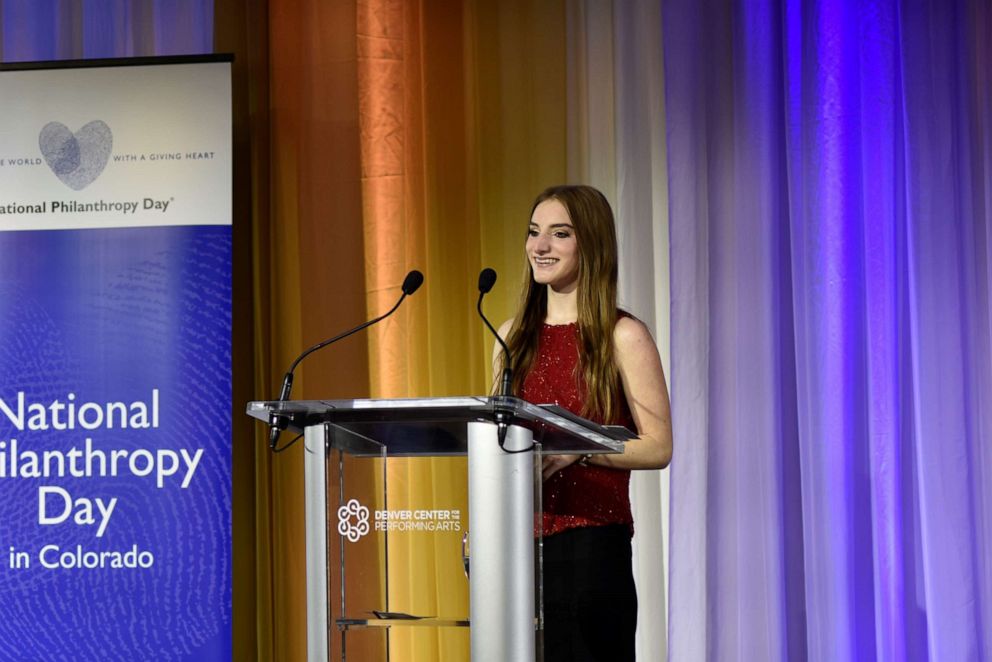 Aimee said like many teens, she felt the pressures of school, including bullying, and said she suffered from an eating disorder.

Through the hotline, Aimee said she was able to get immediate help and was able to continue on with mental health services that gave her tools to cope.

"We need this information out here so that young people know who to call," she said of her motivation to increase access to the mental health hotline.

According to Glover, teens could be at a higher risk of death by suicide relative to adults because their brains are still developing.

"I have a colleague who says teenagers are like Ferraris, where the engine and the gas pedal are put in but not the brakes," she said. "They are experiencing a full range of emotions that they've never experienced before but they don't have the same cognitive abilities to control those emotions that adults do."

Glover said the part of the brain that manages emotions and inhibits strong behaviors is not fully developed until around age 25.

"It's easy as parents to think, 'Why can't you mange this? It's not that big of a deal,' but they literally can't see the world the same way that we can because we have a different part of our brain developed," she said. "They’re going to experience stronger emotions without that brake pedal built in and then, in addition, they're experiencing a lot more stress than many of us did growing up."

Gabriella Betance, now 22, of Lakewood, Colorado, said she had no idea how to handle the big emotions she felt as a teenager, a struggle that led to two hospitalizations after suicide attempts. 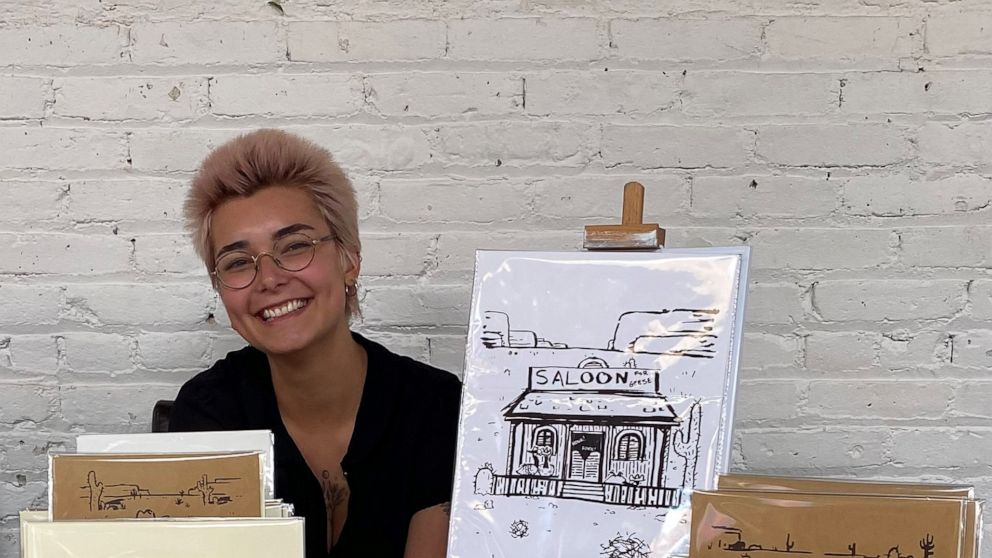 "When you start struggling with these big feelings, the first people you are going to talk to are going to be your peers and you’re all kids and don't know how to handle it," she said. "The two times that it was a serious, life-threatening moment, I was lucky enough to get the help that I needed."

She continued, "But I feel like if we had the tools, if we had the conversations regularly about mental health, like check-ins and safe words, that I wouldn't have felt the need to act in such a drastic way."

How parents, teachers can help

One of the most important things that adults can do to support teens with their mental health is to have open and honest conversations, according to Glover.

She said parents in particular should not be afraid to talk directly about suicide with their child.

"It's important for us to state it and say it because when we don't, kids are worried that it's not OK that they're thinking that or feeling that, and it's a fairly normal human reaction to have," said Glover, adding that parents can open the conversation by asking their child if anything has been worrying or overwhelming them and then ask directly if the child has had any thoughts of killing or hurting themselves.

"Don't worry that that is going to plant an idea," she said of asking directly about suicidal thoughts. "If they're not having those thoughts, they can just tell you no. But if they are, they will experience a huge amount of relief that you asked directly so they can get that outside of themselves and talk about their problems and usually when kids are able to talk about their problems, they are able to start seeing solutions."

Glover said checking in and asking your teenager those questions every few months is important, even if a child is not showing symptoms of mental health struggles.

MORE: Moms search for solutions after daughters die by suicide

Just as Orr works with his students to make sure they are eating and sleeping well, Glover said access to good nutrition and getting consistent and good quality sleep can greatly improve mental health for teens in particular.

She said social connection is another important factor for preventing teen suicide and that includes both connections with their peers and with dependable adults.

"If a child can just develop one positive relationship with an adult outside of a parent in your life, that is a huge protective factor," said Glover. "Getting kids involved in extracurriculars, having them have relationships in community, in church, with neighbors, all of those are going to serve as protective factors."

For teens in need of help, pediatricians, school counselors and school psychologists are easily accessible resources for help, according to Glover.

She also recommends that parents program mental health help lines into their phones so they are easily accessible, saying, "When you are in a crisis, you don't want to have to be Googling what to do. You want to have it immediately available."

Glover also encourages parents of teens who struggle with mental health to practice calling a help line together, even if the child is not in crisis in the moment.

"You can absolutely do that and just say, 'We're just practicing calling in case we ever need to. We want to know what this is like,'" said Glover. "That practice might make it more likely that your child can use that in a moment when they are in crisis."

If you are experiencing any thoughts about wanting to hurt yourself or anyone else, any thoughts of suicide, or any mental health crisis, please call or text 988. You will reach a trained crisis counselor for free, 24 hours a day, seven days a week. You can also go to 988lifeline.org or dial the current toll free number 800-273-8255 [TALK].