Women who used marijuana during pregnancy were more likely to give birth to babies who were preterm, had lower birth weight and had a higher rate of birth defects, according to a major study of 1.28 million Canadian births from 2012 to 2019.

Of the babies included in the analysis, 2% were exposed to cannabis during pregnancy, similar to rates in the United States.

"Many patients assume that smoking cannabis during pregnancy is perfectly safe. As this study demonstrates, that assumption is not correct," said Dr. Nita Landry, an OB-GYN and author of "Dr. Nita's Crash Course for Women: Better Sex, Better Health, Better You."

MORE: Homicide is leading cause of death for pregnant women in US, data shows

Landry added that many patients use cannabis for medical conditions related to pregnancy, including nausea and vomiting. 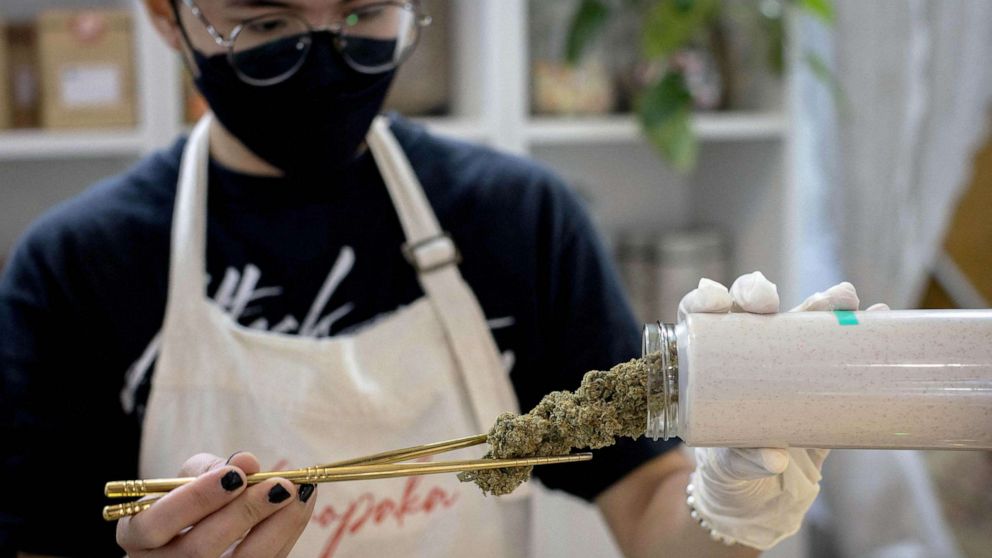 Jack Taylor/AFP via Getty Images
A worker removes cannabis buds from a container at a dispensary in Bangkok, Nov. 22, 2022.

Although the study was large, it relied on self-reported information -- and it's not clear how pregnant moms ingested cannabis, whether smoked or eaten.

That's significant, experts say, because smoking of any kind is associated with higher-risk pregnancies and increased risk of preterm birth, low birth weight, and birth defects.

"If it was largely smoked in this population, that would impact the findings," said Dr. Jamie Lo, an OB-GYN physician at Oregon Health & Science University.

Current medical guidance advises against using marijuana in any form during pregnancy.

"In accordance with the recommendations from the American College of Obstetricians and Gynecologists, I will advise individuals who are pregnant or planning to become pregnant to avoid using marijuana," Landry said. "In addition to what this study showed, we don't know what other negative impacts future studies will confirm. It's not worth the risk." 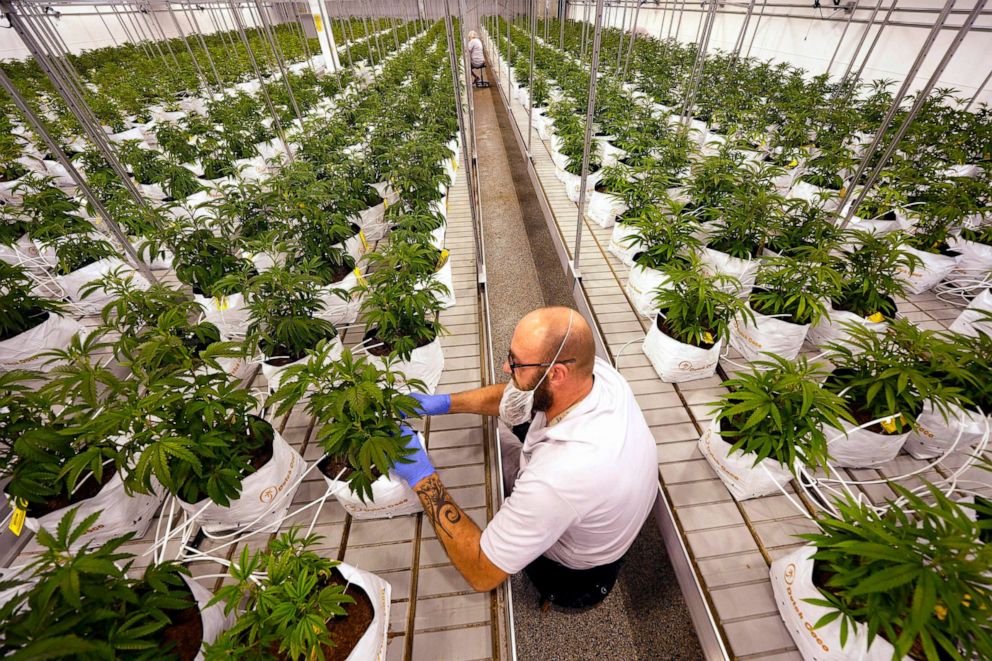 Dr. Elizabeth Langen, a maternal-fetal medicine specialist at the University of Michigan, cautioned that it is important "to share this information with the public in a way that is supportive and nonjudgmental."

MORE: New recommendation issued on weight gain and pregnancy: What to know

"Much like use of other legal substances such as tobacco and alcohol, having access to this information gives pregnant women information they can use to make informed choices for their health and the health of their infants," she said.

"Hopefully, this new data will encourage people who are or might become pregnant to discuss their marijuana use with their health care team so that they can prepare to have as healthy of a pregnancy as possible."

Surya Manickam, MD MSc is a resident physician in pediatrics at Columbia University/NewYork-Presbyterian Hospital and a member of the ABC News Medical Unit.