Behind every cancer survivor is, most likely, a network of loved ones that are there to support the person's mind, body and spirit during their illness.

"When someone is diagnosed with breast cancer, everybody joins in," said Serena Holtz, who was recently re-diagnosed with cancer after she cared for her husband, who had cancer. "That's what we do, in sickness and in health."

Caregivers often give their all to help their loved one, even at the cost of their own health, according to the National Cancer Institute (NCI). A study done by the NCI found that 64% of caregivers had at least one significant unmet need. It also found elevated anxiety in 29% of respondents and depression in 11% of respondents. 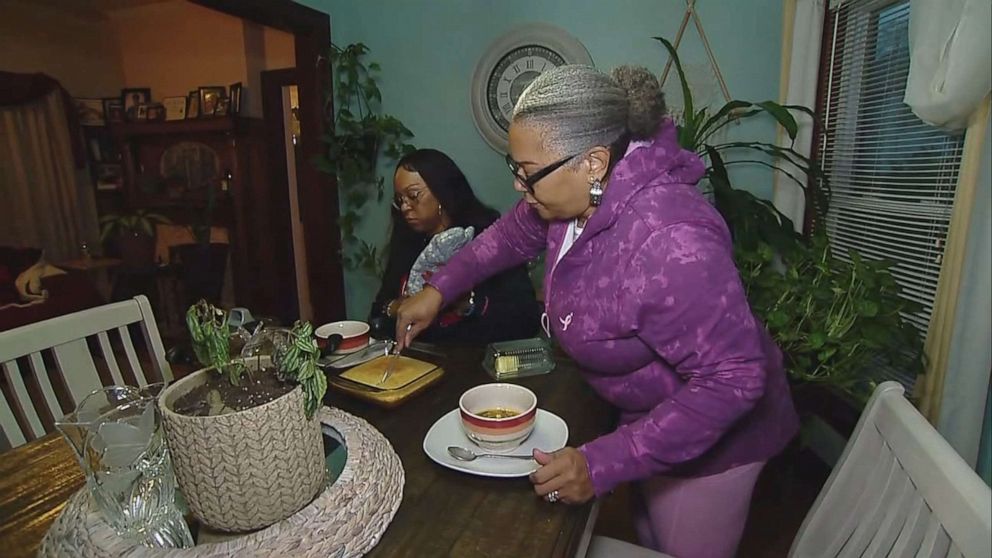 The Centers for Disease Control and Prevention recommends that caregivers find time to care for themselves in order to best take care of their patient.

"Good Morning America" is sharing the stories of three caregivers, joined by those they cared for, to celebrate the role they played during the journey.

Ebony Thomas helped her mother and breast cancer survivor-turned-thriver Kimberly Folmar through a full recovery in 2010. But in July, Thomas was diagnosed with cancer herself. She said she looked at her mother as an example of strength.

"If my mom can do it, I know I can do it because she definitely raised me to be really strong," said Thomas.

Now, the roles have reversed and Folmar is now her daughter's primary caregiver and her biggest cheerleader.

"She's my Uber driver. She's my therapist. She makes sure I eat because sometimes I just don't even have the energy. I'm truly grateful," said Thomas. 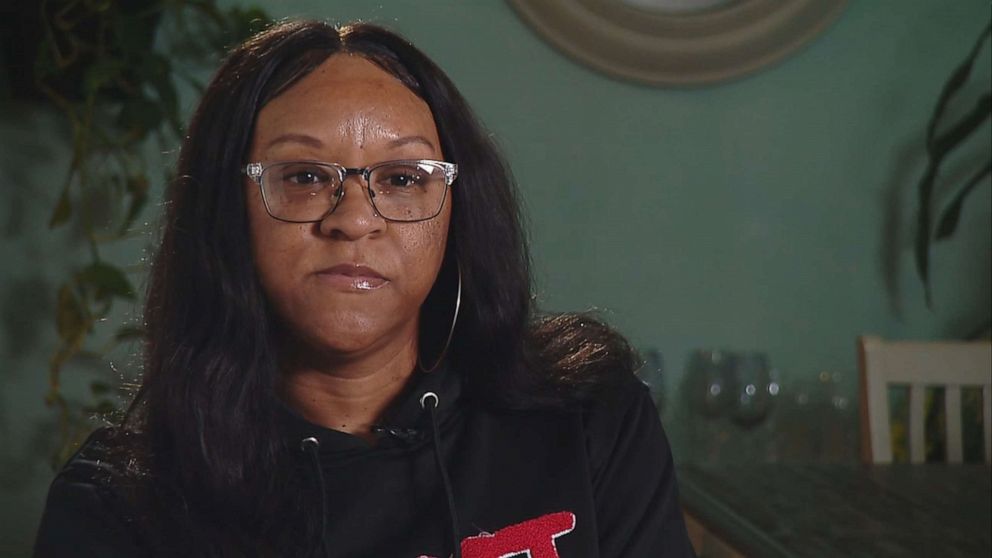 ABC
Ebony Thomas was diagnosed with cancer in July of 2022.

Thomas is currently going through chemotherapy and getting treatment every 14 days. She said her mother drives her to every appointment.

"My mom is like my best friend ... Once I heard her say that she's gonna be there with me regardless, the whole step of the way, I knew that she would be and everything would be OK," said Thomas.

"As a mom, you do the things that you need to do for your child and you just do them because you're always there," Folmar said. "But I'm just grateful. I just always want to be there for her."

Another caregiver who knows commitment is Heidi Kruse. When her partner of 18 years, Beverly, was diagnosed with cancer, Kruse was there to care for her, the couple's two children, her elderly mother and the family's many pets.

"When I told her, 'It's cancer,' she just [said], 'Alright. We're gonna figure it out. We will do this. We can do this," said Beverly Kruse. "Heidi really stepped up. She has a full-time job of her own and she did every pickup, every drop-off." 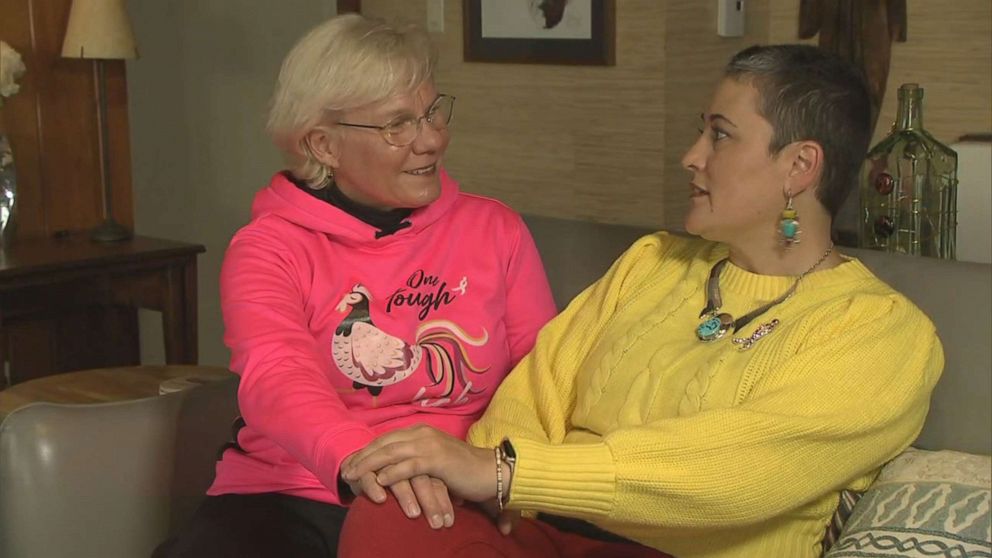 ABC
Beverly and Heidi Kruse have been together for 18 years and married for eight years.

Beverly Kruse said that her wife was able to manage, what she calls, the "whole circus."

"Heidi is someone who lives and operates from a place of joy," she said. "She never once made me feel like this cancer diagnosis made a mess of our life or inconvenienced her. She represented peace, joy and that's going to be OK the whole time. I needed that and I didn't know."

Beverly Kruse also added that not only did her wife just support her where she was at the time but pushed her to grow during her illness. She was able to pursue an executive master's degree -- a lifelong dream that cancer couldn't hold back. 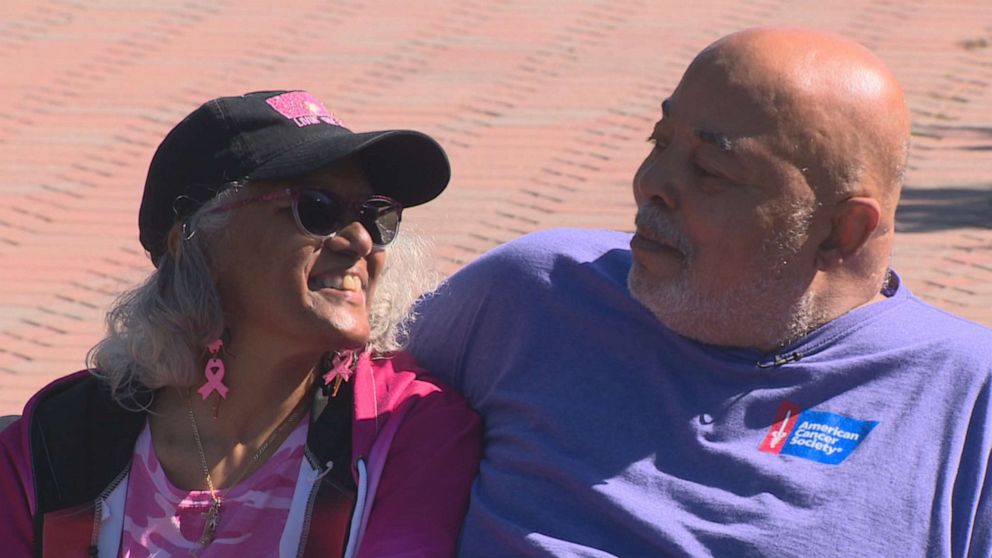 ABC
Serena Holtz was diagnosed with cancer for the third time in May 2022.

"At the time I was diagnosed, I thought, 'Well, I can't do everything. I'm gonna have to stop something and it's just not possible,'" said Beverly Kruse. "And she told me, 'No. It's been a life goal … we'll do it.'"

"Beverly is so strong. I think that, like she said, 'When you're in it, you're in it,'" Heidi Kruse said. "And I say choose joy with whatever you do, and sometimes things go right and sometimes things don't and it's a challenge. We were blessed to have two wonderful kids that stepped up and took on 17 chickens, one rabbit. It's a lot. There's a lot of feeding and a lot of things that go into that and you know, we had a great support team with Team Beverly and she is one tough chick so it was really easy, honestly and she is a strong woman that I'm proud to be next to."

Serena and Maurice Holtz also have a love story that has grown in sickness and in health. The couple has been married for four years. Maurice Holtz, who finished treatment for prostate cancer this April, is now caring for his wife, who has been diagnosed with terminal cancer. 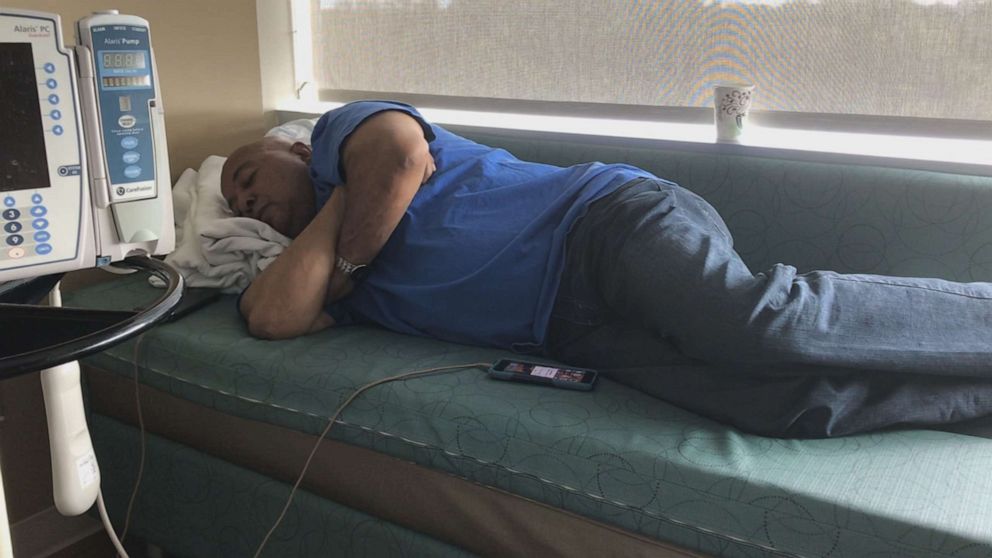 ABC
Maurice Holtz waiting for his wife Serena Holtz while she receives care for her cancer.

"He drove me to the appointments, he sat with me, and he was my second set of eyes and ears," said Serena Holtz. "He cooks and cleans and does the grocery shopping. He'd washed my hair."

Serena Holtz was first diagnosed with breast cancer in 2010 and then again in 2019. In between her own fight with cancer, she cared for her husband.

"I was making sure that he would eat, but he insisted on going to all his radiation treatments by himself," said Serena Holtz. "So he was still taking care of me, even in the midst of his treatment."

This May, Serena Holtz says she was told her breast cancer had returned for a third time and spread into her liver, spine and lungs. Maurice has been by her side throughout it all.

"He's my husband. That's what we do, in sickness and in health," said Serena Holtz. "So I was really proud of him and he wears T-shirts all the time [that say], 'Her fight is my fight.'"

"I just love her so much that I would do anything for her anyway," Maurice Holtz added. "When she was diagnosed with cancer -- I'm a natural born caregiver. My grandmother was deaf and we got hit by a bus when I was a kid and we didn't put people in nursing homes, we kept them in the house and so being a caregiver for her was easy. Most of my jobs have been working with people in crisis. And with her diagnosis the second time, I just stepped right up and did things she thought I wasn't able to do."

"I would do anything for this woman and I made a promise to her when we got married, that I would keep her laughing. I did that."

For more tips on self-care as a caregiver to a cancer patient, the American Cancer Society, the Centers for Disease Control and Prevention and the National Cancer Institute all share resources and are a good starting point.