Carli Williams, of Texas, went from following an influencer on Instagram to crediting the woman with saving her life.

Williams, 33, said she felt a small lump in her breast last year, but was told by doctors that it was probably just a cyst.

When one doctor told her she could get an ultrasound if she wanted to, Williams, a fitness trainer and mom of three young kids, said she did not follow up.

"I was like, 'She told me I did not have breast cancer and I'm not going to go out of my way to schedule this,'" recalled Williams. "I'm a busy, working mom of three and taking time for yourself when you are married and working and a mom is really hard."

Several months later, as the lump began to grow and thicken, Williams said she got a second opinion from a different doctor and was told, again, that she was "young and healthy" and the lump was most likely a cyst to keep monitoring, not breast cancer.

Meanwhile, a woman whom Williams followed on Instagram, Delia Chatwin, was facing a breast cancer diagnosis at age 28.

Chatwin, now 29 and a model and designer with more than 37,000 followers, said she was diagnosed with stage 3 invasive breast cancer in January 2021 after doing a self-breast exam.

Chatwin said she kept the diagnosis private for several months, describing herself as "in a place of numbness" as she chose not to share it with her followers. 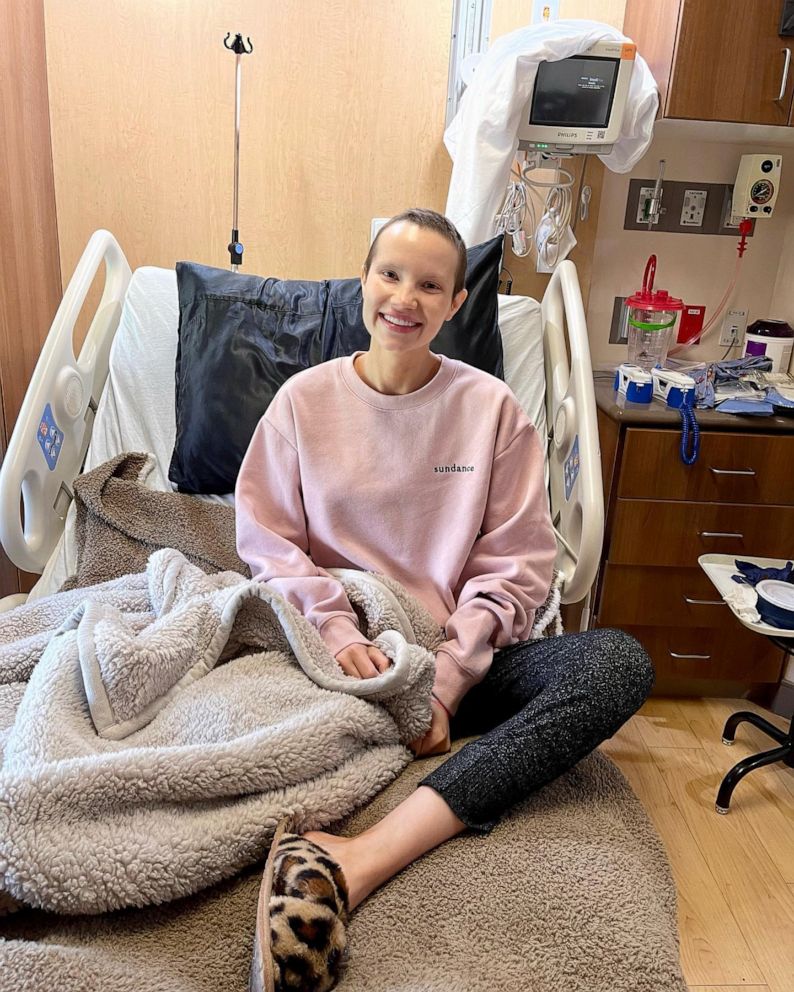 Last April, after undergoing her first several rounds of chemotherapy, Chatwin, of Utah, began to share her battle against breast cancer on Instagram.

"I felt like I'd be doing a disservice," Chatwin said of her decision to share her cancer diagnosis publicly. It was really hard. It was really, really hard putting myself in a vulnerable place like that, but I am so thankful that I did."

Shortly after going to the doctor for a second opinion, Williams said she opened Instagram and saw Chatwin's posts about her breast cancer diagnosis.

The posts, and a series of Instagram stories Chatwin shared, spurred Williams to call her doctor and request a mammogram.

"My spirit was screaming at me that I needed to call them back after I saw Delia's stories because I'm like, 'Wait, she's young and healthy. She's not a candidate. She's not in the statistics,'" said Williams. "And right when I went into mammography they're like, 'This is very concerning.' The tone of the conversation switched very quickly."

Williams said the mammogram and further testing revealed she had stage 2 ductal carcinoma breast cancer that had metastasized to her lymph nodes.

Since the diagnosis, Williams has undergone multiple rounds of chemotherapy and a mastectomy. She said she believes that Chatwin sharing her story saved her life.

"Because Delia posted and because I listened to my own intuition about my own body, I'm going to be in a position now where I'm going to be alive for my kids and I'm going to be OK," said Williams. "I've seen the ugly side of social media and this has been a beautiful side." 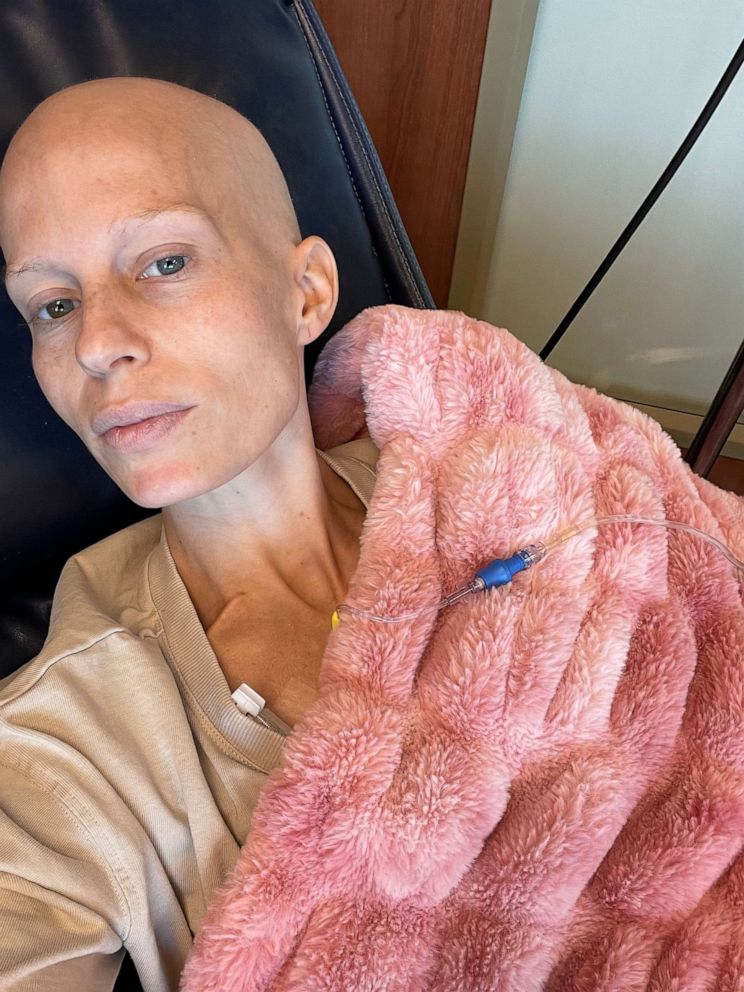 Williams and Chatwin have since become closer friends and have supported each other through their breast cancer journeys, which for Chatwin has included radiation and a mastectomy, in addition to chemotherapy.

The two women said they feel it is more important than ever to share their stories so that other women in their 20s and 30s know not to ignore the signs of breast cancer. 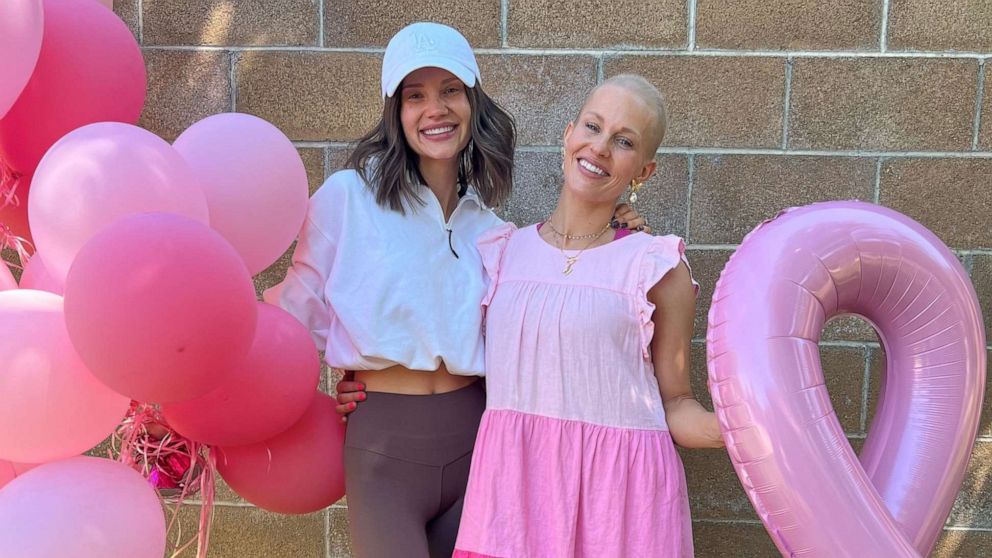 Breast cancer is the second-most common cancer among women in the United States, with over 260,000 new cases reported in 2019, the latest data available, according to the Centers for Disease Control and Prevention.

The disease can affect women of all ages, though most breast cancers are diagnosed in women ages 50 and older, according to the CDC.

Breast cancer can also be more difficult to spot in young women. Younger breast tissue tends to be dense so spotting tumors, even on mammograms, can be more challenging and may be misdiagnosed, according to the Cleveland Clinic. 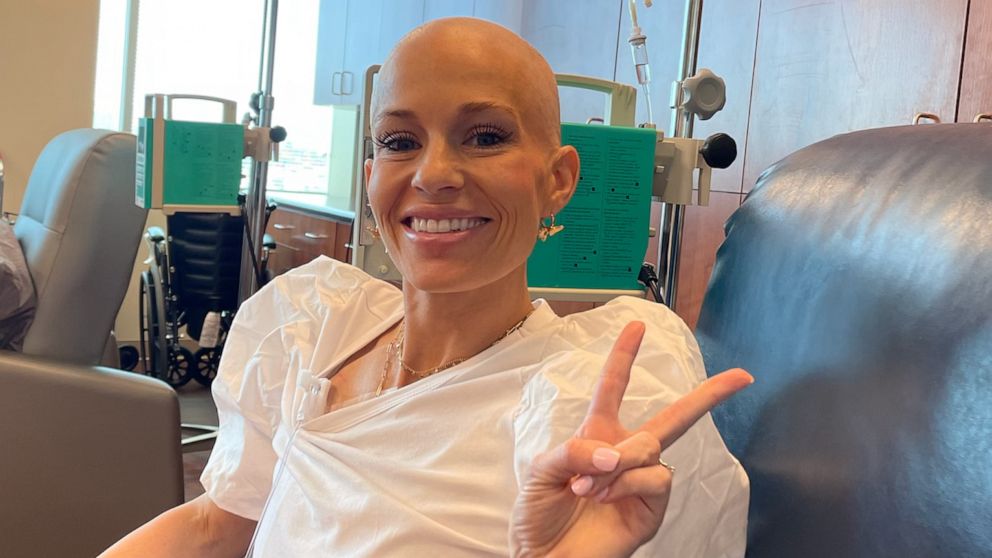 The American Cancer Society recommends that women aged 45-54 should have annual mammograms, and by the age of 55, can be screened every other year. Younger women, between the ages of 40 and 44 should discuss the risks and benefits of annual screening with their a physician.

Chatwin said given that she was well below the age of 45 when she was diagnosed with breast cancer, she has learned to be her own best advocate when it comes to her health. 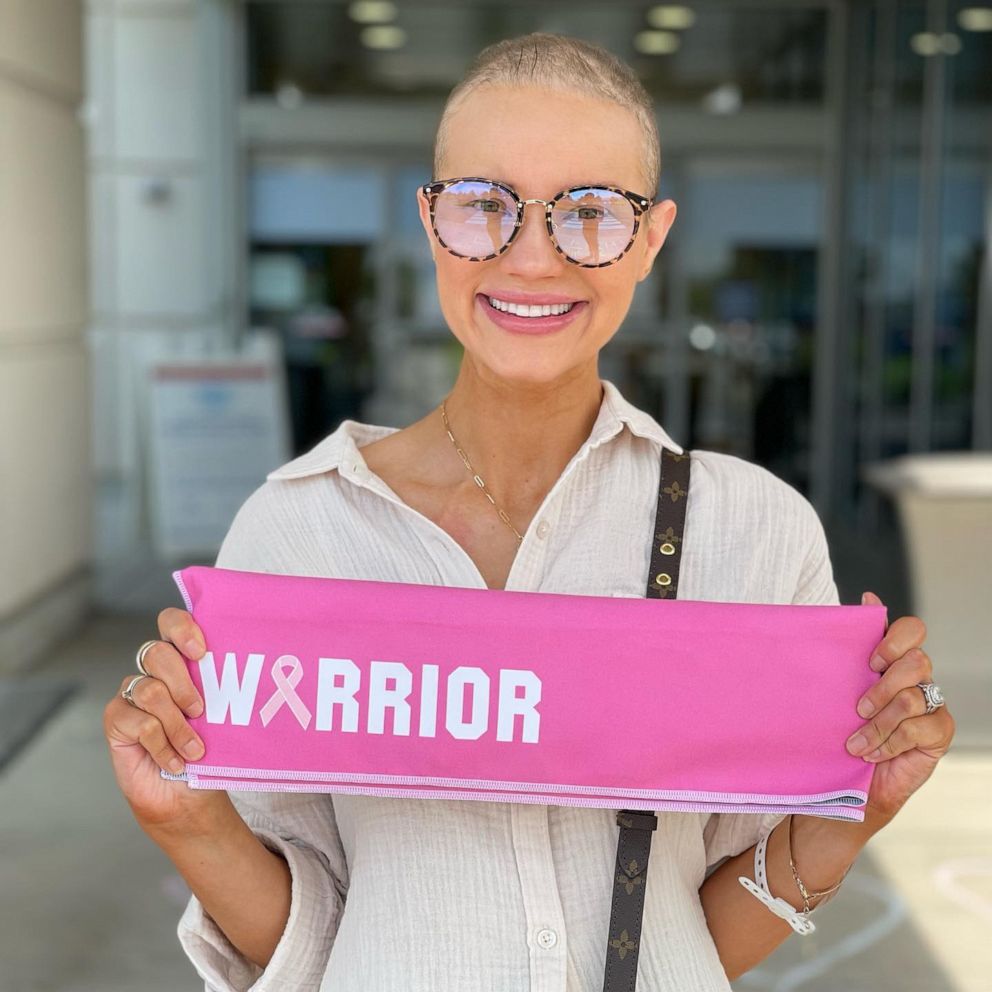 "You have to be the advocate for yourself," she said. "Do your research. Stay on top of things with your own health. Stay connected to your body."

Williams echoed that advice, saying, "My biggest advice is show up for yourself fiercely in your own doctor's office. My intuition saved my life."