The 2016 documentary “Screenagers” hit a nerve.

More than 4 million people trekked to schools and community centers to watch a screening of the documentary that chronicled the rise of kids’ addictive behavior with digital devices.

(MORE: How to find a healthy relationship with your smartphone)

The maker of the film, Dr. Delaney Ruston, thought she had this issue under control in her family, but her teen daughter’s battle with depression forced her to look harder at screens and other forces in modern childhood that are factoring into troubling mental health issues.

Now she’s made a second film on that related topic, called "Screenagers: The Next Chapter."

The documentary premiered at Eckstein Middle School in Seattle Tuesday night in front of more than 500 concerned parents and educators. It starts a run of showings this week in community screenings nationwide highlighting the rise of teen anxiety and depression.

Parents in Seattle seemed perplexed about how to help their children look away from devices and towards other people as a way to combat isolation and social anxiety.

One mother told ABC News, “It’s a normal part of being a middle-schooler, they talk about panic attacks and being anxious.”

(MORE: Social media is harmful to teen girls’ mental health: What you should know)

Another father who was also worried said of technology, “Their faces are always in front of that stuff, and it’s informing how they view themselves and what is normal and around them.”

With headlines of the teen suicide rate doubling since 1999, and sky-rocketing anxiety and depression rates, parents are concerned.

The film does not tackle the issue of what’s causing this crisis, but it does look at the many forms of mental health challenges that face families, such as anxiety, stress and unresolved trauma.

The central story of the film, however, focuses on Ruston’s 16 year-old daughter Tessa, who suddenly dipped into depression.

While Ruston did see the signs of depression, she says even as a practicing physician, she didn’t know what to do.

“I had no idea when to step in, what to say, and often it felt like anything I said made it worse,” she said. “It felt like I was just tiptoeing. If I say the wrong thing, it’ll make her never talk to me again. It’s emotional just thinking about it, just how stuck I was.”

Meanwhile, Tessa found little comfort in social media, the medium for much of her communication with friends. She posted what she thought was a raw assessment of her deep sadness, but it didn’t evoke the response she needed and wanted from her friends.

She said, “I said this year has been really hard and I’ve learned a lot and I’ve grown a lot, (but) I felt like the response wasn’t acknowledging the truth that I was really trying to put out there … crickets was almost how it felt to me. I tried so hard to say look I'm not perfect at all and they're like, 'Oh, we love you, we're here for you, and it almost hurt to feel not understood in that sense." 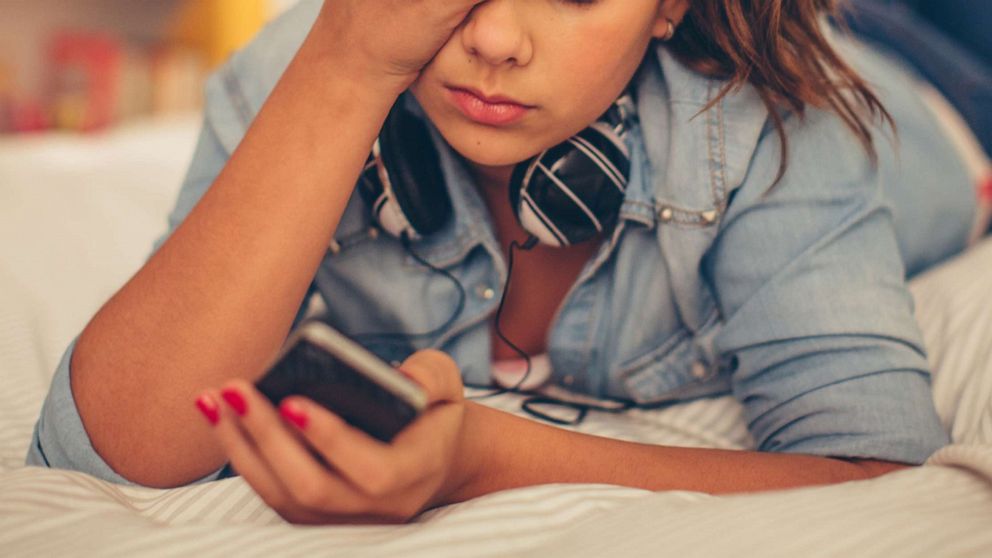 And when Ruston realized how serious her daughter's depression was, this isolation scared her. “I was amazed how many months into her depression she was, and I assumed she was talking to a friend or something, and she said, ‘No, I haven't told anyone.’”

At that point, Ruston realized she and her husband, along with mental help professionals, would need to be there to talk to Tessa, but that talking and support needed some work. Ruston says, “I needed to learn how to be comfortable with my feelings, but not over-respond. [I needed to] let her know that I could handle it.”

Through trial and error, Tessa's parents found some ways to communicate that can work for all parents and teens.

Tessa says, “Some of the things my parents said that really helped in the moments of hardship were you’re doing the best you can for where you’re at and what tools you have, especially when I felt really low and incapable. My favorite quote that my dad said that actually really got me through the hard times that felt like forever is ‘this too shall pass.’”

She added that a huge barrier to talking with her parents was guilt and shame, that it was her fault that she felt so depressed. But something Ruston said really helped. “My mom especially reiterated that I wouldn’t be feeling this way if I had the choice.”

The documentary offers specific advice for parents who feel stonewalled from teens who won’t talk. Here are some of them:

Validate their feelings, accept that they truly do feel the way they say, that it’s not just teen drama. Ruston adds, “the most important words you may say are ‘that sounds really hard.”

Take advantage of the moments when teens do want to talk. These sometimes rare occasions are opportunities to prove you won’t judge them or scold them.

When you don’t know what to say, ask more questions. Noted therapist John Gottman, who is featured in the documentary, offers some prompts like, “What did your friends say? Were you mad? What do you want to do now?”

Avoid offering fixes or solutions. Tessa said, “All the problem solving, solutions, and enforcements feel so judgmental and stabbing because sometimes I don't even think it’s a problem I just want to share it and the problem solving itself makes it into a negative thing, right away it’s like ‘this is wrong and you need to make it right.’”

Praise kids with specifics -- hold a mirror up to them so they can’t refute what you say and just like we do with toddlers, catch them doing something right, and then praise the work.

Don’t give up on finding ways to limit screen time -- even if you think that ship has sailed. Sleep and limiting exposure to social media can help kids find their resilience.

Learn how to tolerate a teen’s explosive reaction over screen limits -- you are giving them the gift of boundaries that adults even struggle with.

“Screenagers: The Next Chapter” will be screened in schools and community settings across the country. For information on how to have it seen in your town, go to their site here.