Christiane Amanpour, chief international anchor for CNN, shared an update Wednesday on her battle against ovarian cancer, along with an urgent message for women.

Amanpour, who revealed her diagnosis publicly in June, told "Good Morning America" she will undergo her final chemotherapy session on Thursday, after 18 weeks of treatment that she described as "grueling, fatiguing [and] tiring," both emotionally and physically.

Prior to chemotherapy, the veteran journalist underwent a "successful major surgery" to remove the cancer.

Amanpour said she has a "very good prognosis" because her cancer was detected early.

"I would not be swayed when I felt a pain that was unusual and I pursued it until the very end of getting my first ultrasound, which is the benchmark for then having a baseline to know whether you’ve caught it early in time and therefore ‘cure’ it, or not," she said. "[Ovarian cancer] is very difficult to detect and that’s what I want women to understand." 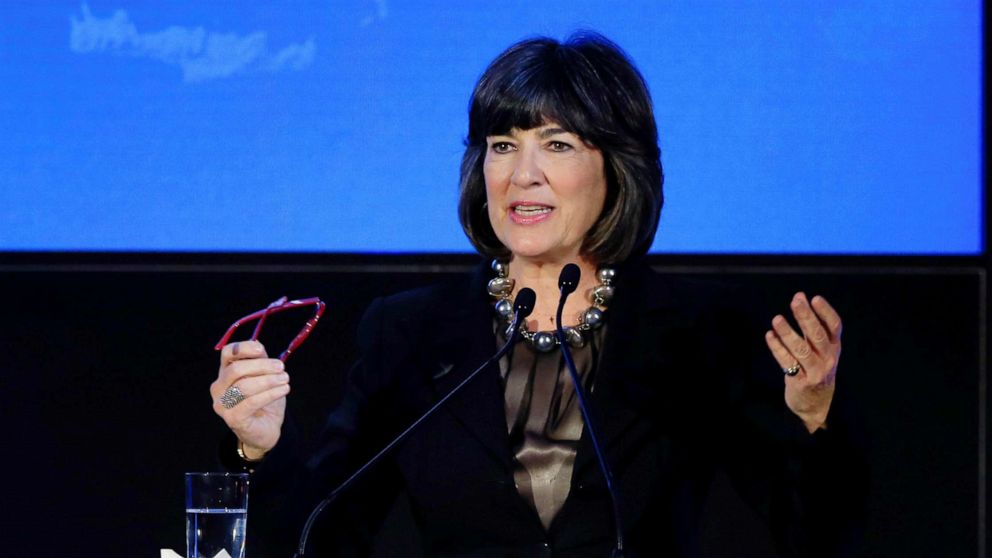 Amanpour noted that the majority of ovarian cancer cases are caught late, at stage 3 or 4, because the cancer is so hard to detect. There is no specific test to diagnose the disease and the symptoms can be mistaken for other ailments.

"Ovarian cancer mimics some other issues, whether it’s a UTI [urinary tract infection], or whether it’s irritable bowel syndrome or whether it’s just bloating," she said, adding that many times women are brushed off as "hypochondriacs" when they have ovarian cancer symptoms. "It’s really hard to get that first ultrasound, that first test that can tell you, sometimes, if things are amiss."

Amanpour said she chose to go public with her ovarian cancer battle to help urge women to be their own best advocates when it comes to their health.

"I want women to understand they must pay attention to their bodies," she said. "Whatever feels abnormal to them in terms of what they know to be their body’s normal state, they need to pursue it."

Speaking of what she has learned in her own journey, Amanpour said that after advocating strongly for herself to get the diagnosis, she has relied on a positive mental attitude and the knowledge of experts to get her through.

"I felt the humility of not being able to be in control, not feeling that I needed to be in control, but knowing that this is bigger than me, it’s bigger than anyone who has these types of illnesses and to give myself over to the care of the experts and that’s what I did," she said. "I think that was incredibly important for me to understand."

What women should know about ovarian cancer

Ovarian cancer originates in the ovaries, which make female hormones and produce eggs, or in the nearby areas of the fallopian tubes and the peritoneum, the tissue that lines the abdominal wall, according to the CDC.

MORE: Mom dying of ovarian cancer shares what she wants women to know about the deadly disease

Ovarian cancer can affect females of all ages and races but is most common in women ages 63 and older and is more common in white women than Black women, according to the ACS.

While early signs of ovarian cancer can be vague, the main symptoms are abdominal pain or pelvic pain, bloating and an increase in urination, according to Dr. Jennifer Ashton, ABC News chief medical correspondent and a board-certified OBGYN.

"If these symptoms or others last for more than half the month, you want to alert a gynecologist and, again, talk about the fact that it could possibly be ovarian cancer," Ashton said on "GMA" in June, after Amanpour revealed her diagnosis.

It is particularly important for women to pay attention to symptoms of ovarian cancer and speak openly with their doctor because there is currently no reliable way to screen for the disease, according to Ashton.

In some cases, targeted use of pelvic scans and sonograms or a CA-125 blood test may be used to detect ovarian cancer, but additional testing is "not one-size-fits-all and it is not recommended for all women," explained Ashton.

Treatment for ovarian cancer usually involves a combination of surgery and chemotherapy, according to the CDC, as was the case with Amanpour.

While there is no known way to prevent ovarian cancer, there are things associated with lowering the risk of getting ovarian cancer, including using birth control for five or more years, having given birth, breastfeeding, having had a hysterectomy, having had your ovaries removed and having had a tubal litigation, according to the CDC.