By Dominick Proto
Share —
Sign up for our newsletters to get GMA delivered to your inbox every morning!

A growing number of gay men are publicly pushing back against what they say is bullying within the gay community over how they look, and in many cases using social media to do so.

Sam Coffie, who calls himself full-figured and posts his body with pride on social media, said as a gay man he has seen his dating life impacted by his appearance.

"I've had someone actually say, 'If you lost a little bit more weight, I think we could go on a date,'" Coffie told "Good Morning America."

Coffie said he feels gay culture in the United States has an "unwritten" and "unspoken" Adonis complex. The term refers to the anxiety and insecurity boys and men experience about their appearance and body image, according to "The Adonis Complex," a book published in 2000 that gave the condition its name. 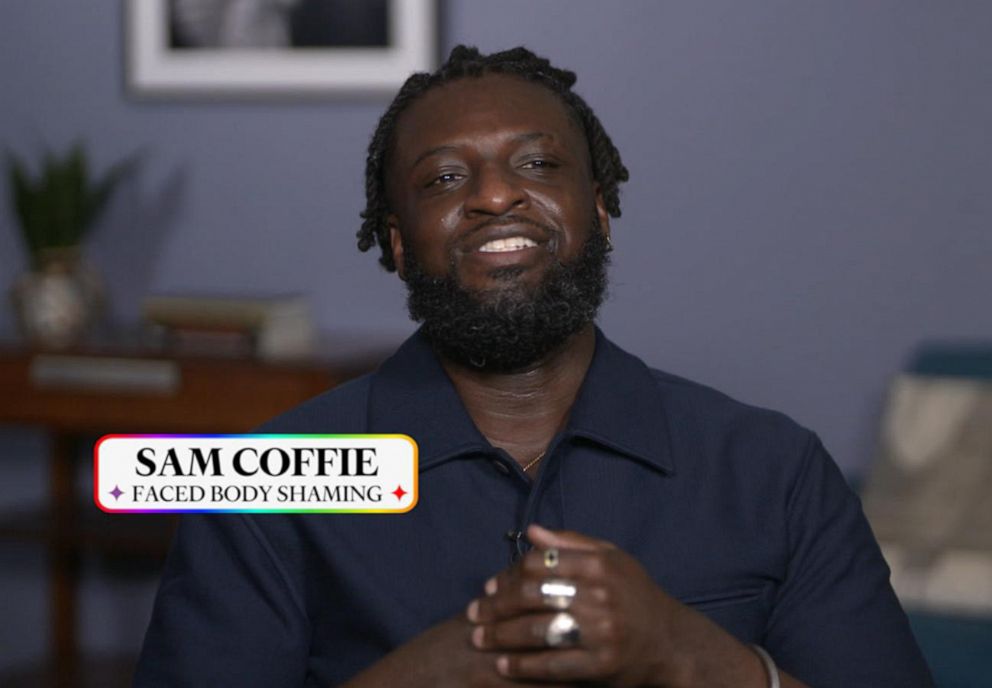 Nicko Cassidy said he has also faced body shaming as a gay man, explaining that body expectations he faced in college led him to extreme dieting.

"I think it's definitely deep rooted the shame from childhood and growing up just to be who we are," said Cassidy, adding that he faced taunts of being "so gay" and "fat while in college. "And I think that shame kind of comes out and portrays it as like a little bit more of a superficial." 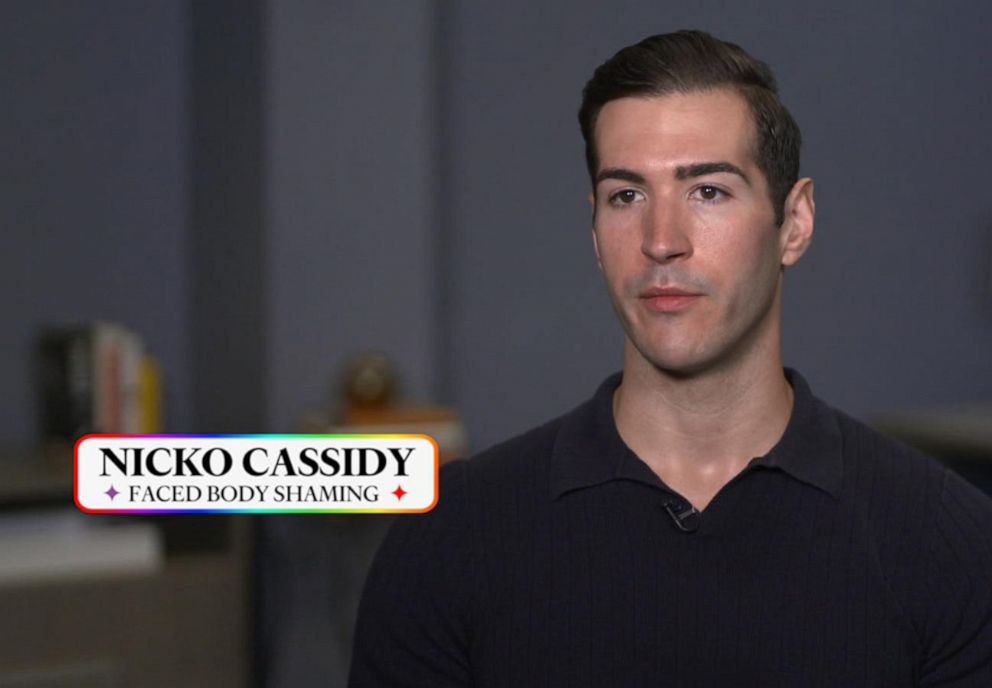 Data shows that gay men have higher rates of eating disorders and other body image issues.

According to the National Eating Disorder Association (NEDA), gay males are thought to only represent 5% of the total male population but among males who have eating disorders, 42% identify as gay.

In addition to facing eating disorders, gay men had lower self-esteem related to their bodies and greater concerns for physical attractiveness when compared to straight men, according to a study published in the Journal of Consulting and Clinical Psychology.

As with all populations, body dysmorphia and eating disorders in the gay community can often be fueled by social media, experts say, including dating apps and posts that showcase a false notion of the perfect man.

"The pursuit of the ideal body or the pursuit of perfection can certainly be damaging," said Jason Whitesel, an Illinois State University professor and the author of "Fat Gay Men: Girth, Mirth, and the Politics of Stigma." "When you think about body dysmorphia, it may be associated with eating disturbances and that kind of pursuit can lead to depression, anxiety, self-esteem issues."

"There are associated medical risks here. It's not just a cosmetic issue," said Ashton, noting that body dysmorphia is associated with an increased risk of depression, anxiety, substance abuse and a higher associated risk of death.

MORE: 'A bully in your brain': What it's like to live with body dysmorphic disorder

According to Ashton, a misconception when it comes to body image and eating disorder struggles is that friends and family can help by trying to reason with the person, when those struggles are in fact psychological conditions.

"The theory in psychology and psychiatry is that this is a detachment from reality," said Ashton. "Oftentimes it's the only way that person can exert any control over his or her life, by controlling what they look like and what they eat."

She continued, "It's not as simple as you're just wanting to look like a magazine ad. It's a true psychiatric and psychological condition."

For people who are struggling, Ashton said her number one advice is to seek professional help.

"As intimidating and scary as that may seem, there is help available," she said.

The National Eating Disorder Association has an eating disorder screening tool that is free and available online for people ages 13 and older.

The association also has a free helpline that is available by phone and text at 800-931-2237 and online chat HERE.