An 18-year-old student who said he tested positive for the novel coronavirus wants the world to know that regardless of age, the respiratory illness does not discriminate.

Dimitri Mitchell, a freshman at Kirkwood Community College in Cedar Rapids, Iowa, has had no prior health complications and began showing symptoms for COVID-19 on March 13.

"I was bedridden all day and I felt totally drained ... my eyes wouldn't stop watering, I had the worst headache I've ever experienced and my cough was just getting worse and worse," said the teen from Tiffin, Iowa, where there's at least 868 cases.

"It's the most sick I've ever been and I told my mom I felt like I was hit by a truck," he said. 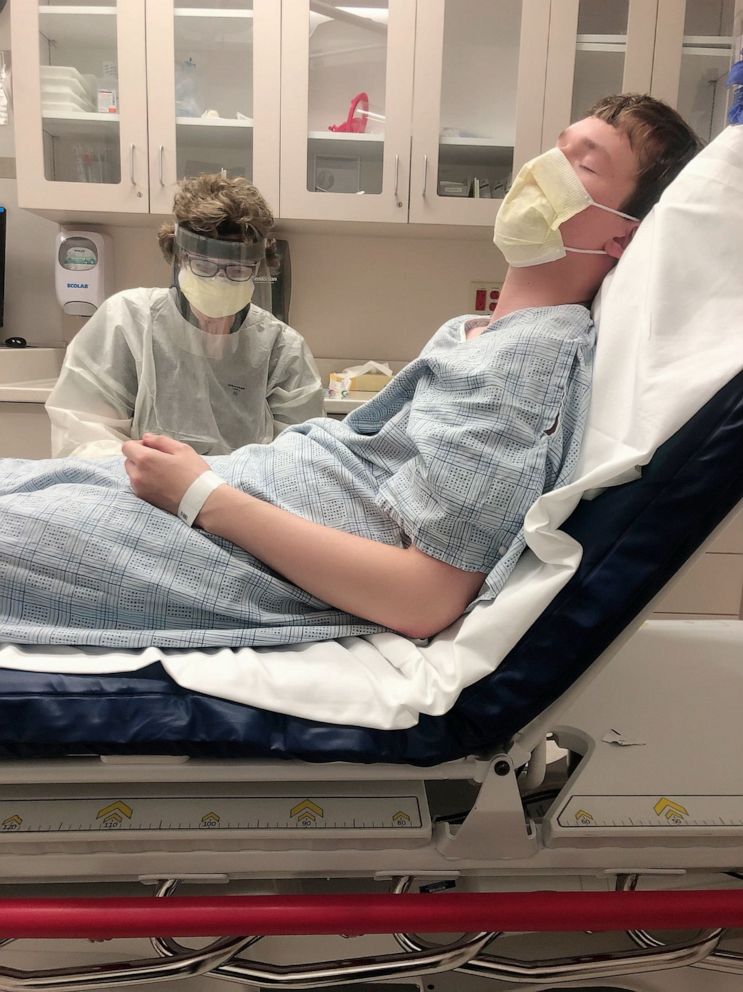 Mitchell's mother, Irena Yoder, took him to the emergency room where they tested him for pneumonia, the flu and strep, which all had negative results.

"I was really concerned that it was coronavirus," Yoder told "GMA." "He's [wasn't] meeting criteria to have this test done on him. They said, 'He's under 60 years old and he will find his body is strong and he will fight this.' So, they sent us home."

The Centers for Disease Control and Prevention (CDC) says not everyone needs to be tested for COVID-19, and most people with mild cases are able to recover at home.

The CDC lists guidance for who should be tested, but decisions about testing are made by state and local health departments and/or clinicians.

It can hit any age ... It doesn't ask permission.

Yoder, who's a lab technician at the hospital where Mitchell was cared for, planned on staying home from work the next day to care for her son. 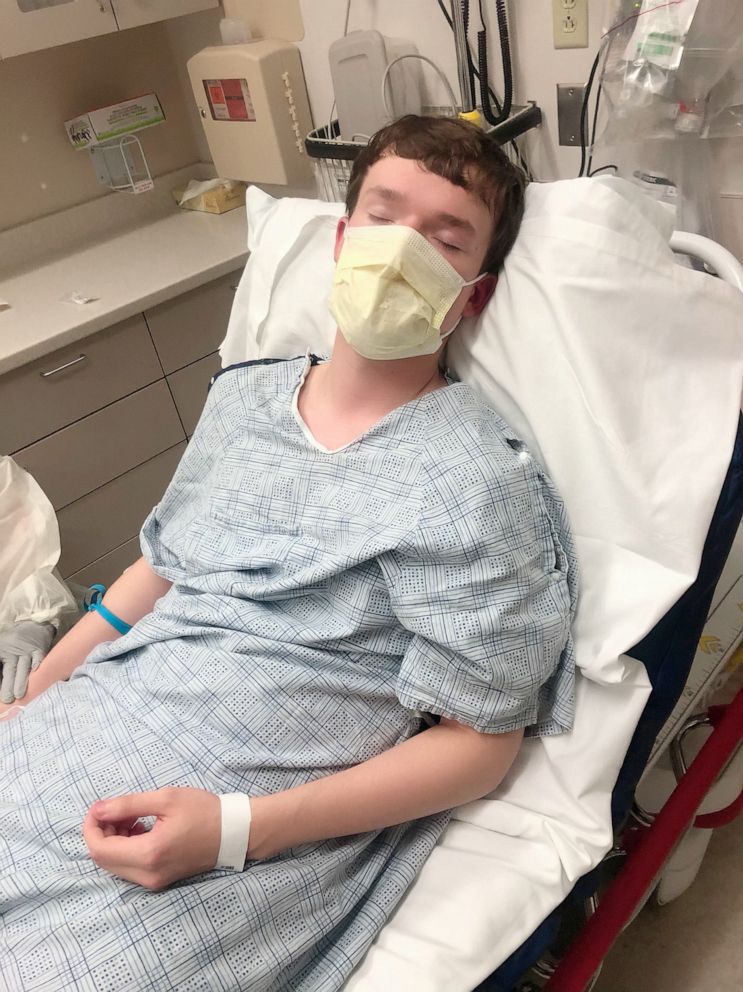 But that night, Yoder said, Mitchell woke her up.

On March 16, Yoder brought Mitchell back to the emergency room and called the Iowa Department of Health, who recommended Mitchell be tested for COVID-19. The results were positive.

Yoder suspects her son contracted the virus while working part-time at a grocery store. 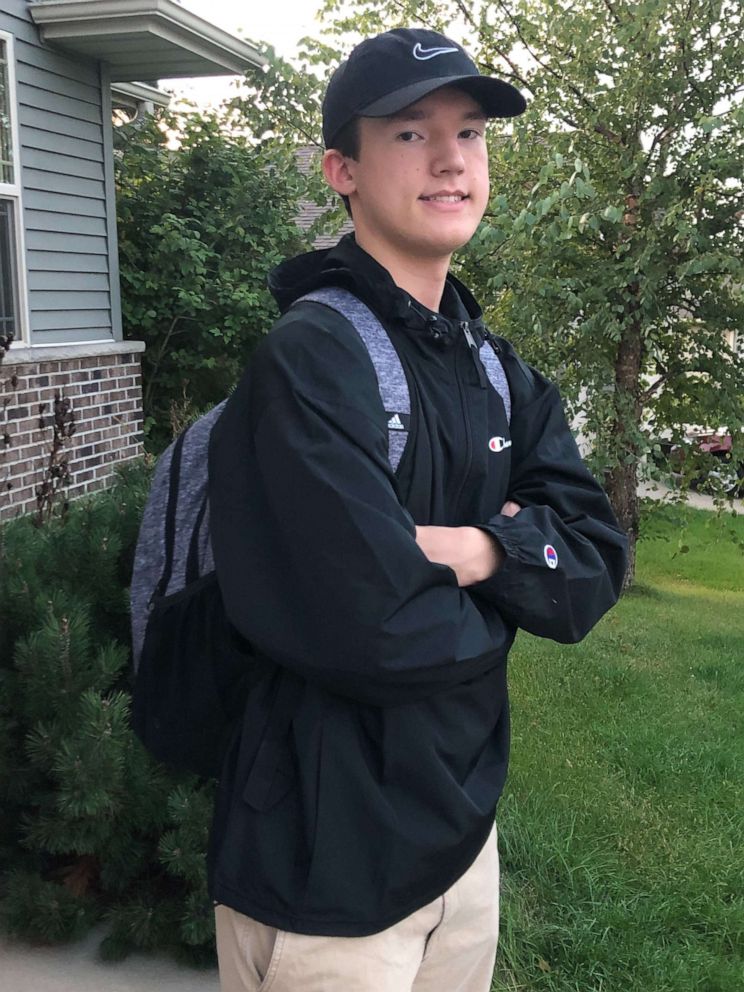 "Every 10 to 15 mins I was checking on him because he was breathing so hard and I was so scared," Yoder said.

"I never thought my son would get it," she added. "He was perfectly healthy, playing sports. So what we'll learn [is] it can hit any age of people. It doesn't ask permission."

Over a million people have been diagnosed with COVID-19 globally, according to data compiled by the Center for Systems Science and Engineering at Johns Hopkins University. There have been at least 67,000 deaths worldwide, with more than 9,000 in the U.S. 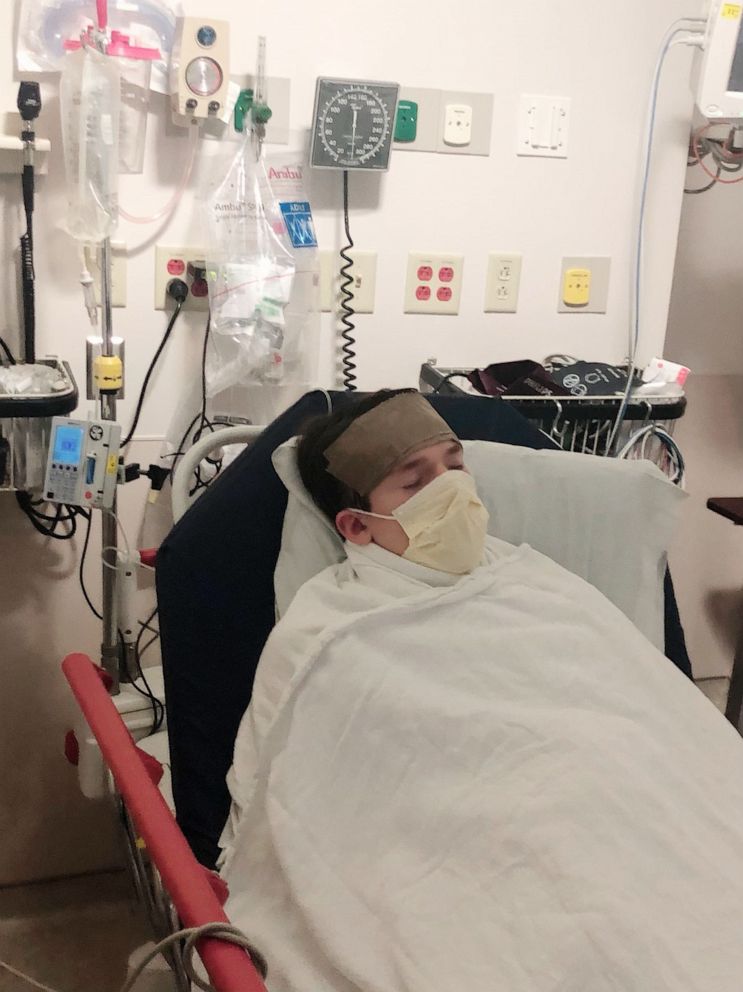 The World Health Organization (WHO) says people of all ages can be infected by COVID-19. Older people, and people with preexisting medical conditions (such as asthma, diabetes, heart disease) appear to be more vulnerable to becoming severely ill with the virus.

More: I'm a nurse who's pregnant amid the novel coronavirus outbreak. Here's how I'm coping.

WHO advises people of all ages to take steps to protect themselves, such as good hand hygiene and good respiratory hygiene.

Older adults have been hit hardest by the virus. In China, for example, 80% of deaths were among people in their 60s or older, and experts say this general trend is playing out elsewhere, according to The Associated Press Health and Science Department.

I told my mom I felt like I was hit by a truck. 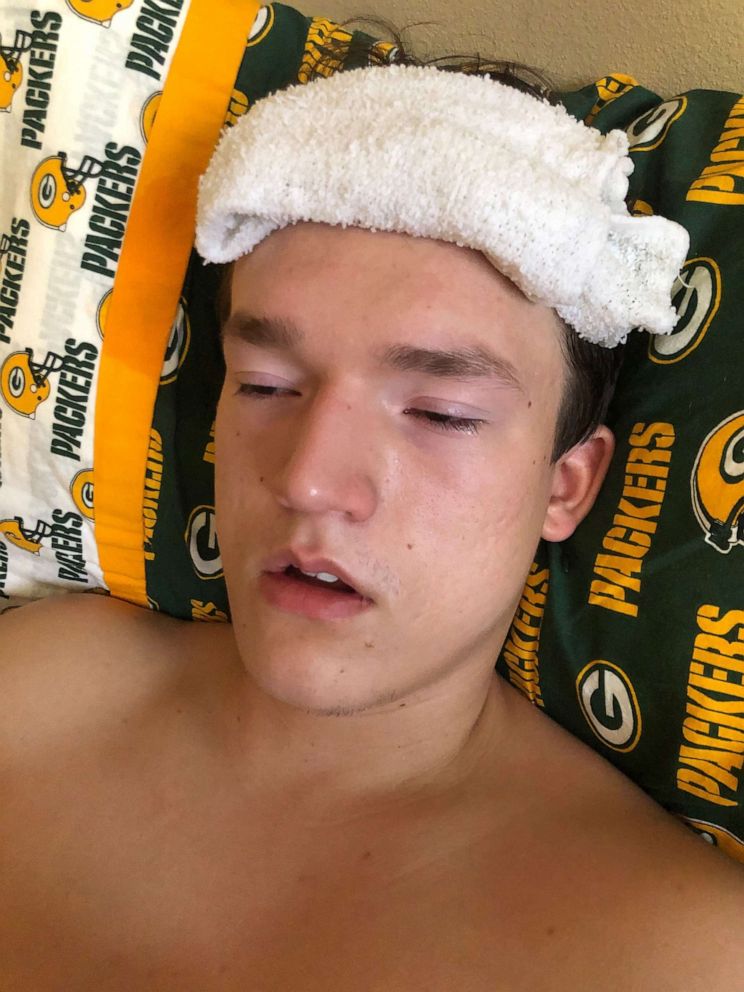 Italy reported that a quarter of its cases so far were among people ages 19 to 50. In Spain, a third are under age 44.

Still, Dr. Mike Ryan, the WHO's emergencies chief, warned: "the idea that this is purely a disease that causes death in older people we need to be very, very careful with," he told the AP.

"Young people are not invincible," WHO's Maria Van Kerkhove added, saying more information is needed about the disease in all age groups.

A 5-year-old and a 13-year-old boy were recent COVID-19 victims in the United Kingdom, according to Cabinet Office Minister Michael Gove.

The 5-year-old had underlying health conditions, Gove said at a press conference. The boy died at King's College Hospital in London. 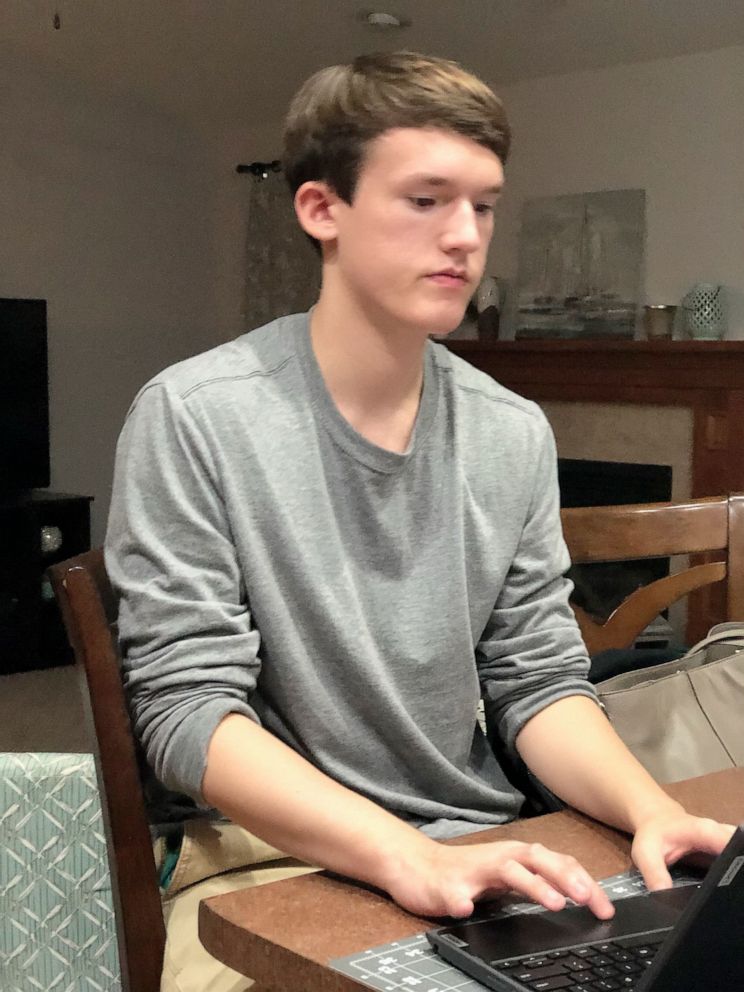 A 6-week-old baby in Hartford, Connecticut, is now believed to be one of the youngest victims after being brought to a hospital in an unresponsive state and couldn't be revived, according to Gov. Ned Lamont. A test came back last week and showed the newborn tested positive for COVID-19, according to Lamont.

Two weeks ago in California, authorities said a 17-year-old boy who tested positive for COVID-19 had died, but it wasn't clear whether the virus, or underlying health issues were to blame.

I still never thought that I would get it -- never in a million years.

Lancaster Mayor R. Rex Parris said the unidentified teen may have had long-term health problems but was healthy recently. He told the AP he doesn't doubt the boy died from complications of COVID-19. 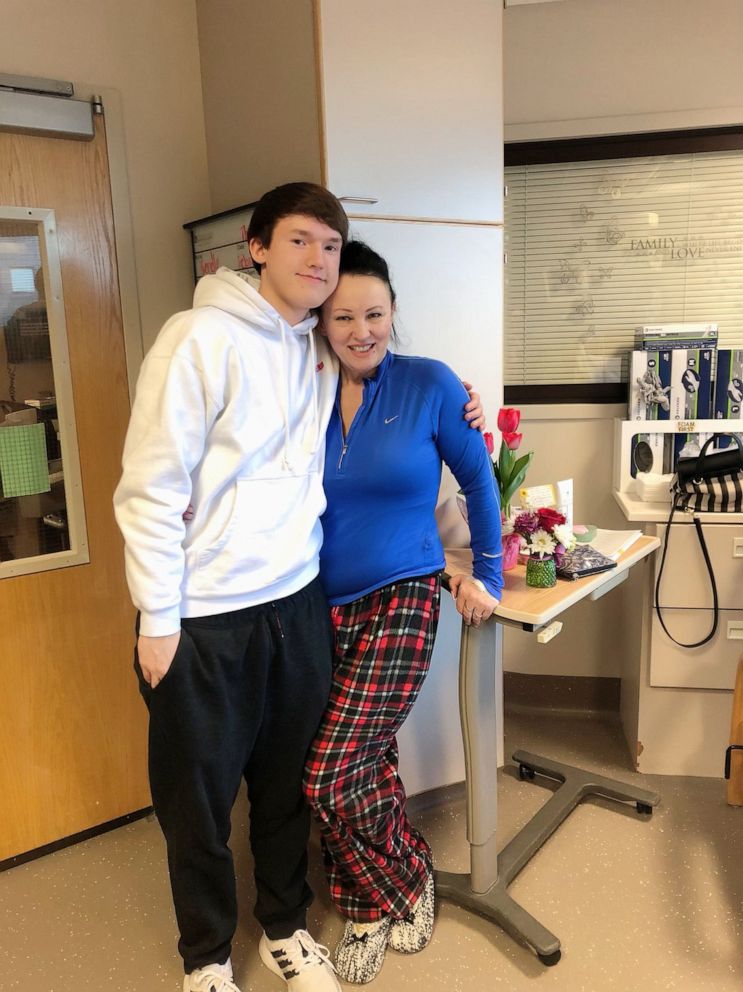 Mitchell is thankfully in recovery. He still has a mild cough and has been one week fever-free.

"Even when I heard that it spread to my home state, I still never thought that I would get it -- never in a million years," he said. "Being 18 and hearing about all the headlines saying it only affects older people, it gave me even more false security I guess. I thought I could go out and be perfectly fine."

"I think no matter what your age is regardless if you have health conditions or not, make sure you follow the social distancing guidelines," he added. "Don't treat it like you're immune and you can't get affected." 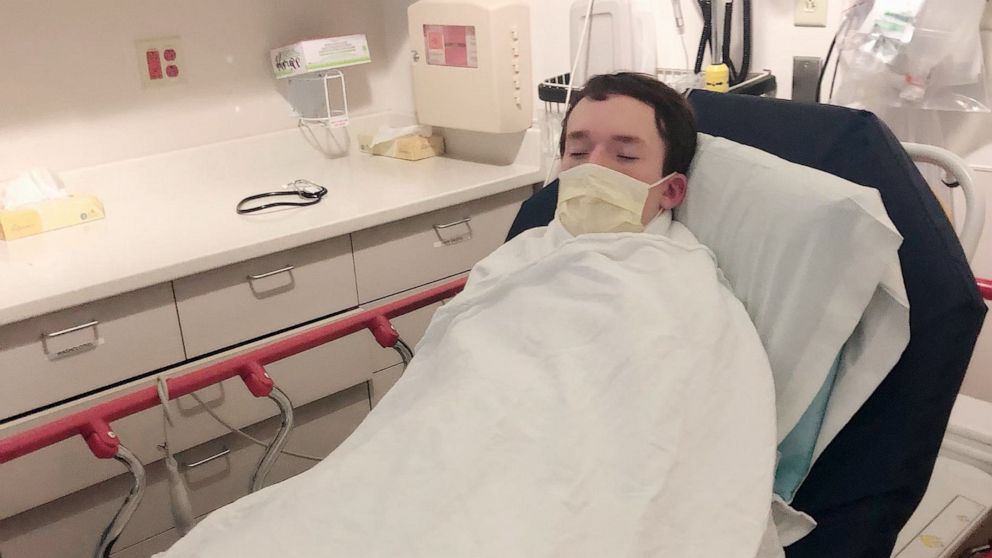 Irena Yoder
Dimitri Mitchell, a freshman at Kirkwood Community College in Cedar Rapids, Iowa, has had no prior health complications and began showing symptoms for COVID-19 on March 13.

Yoder, who helped her son through his sickness, said she is now in quarantine after showing signs of COVID-19 herself.

She's urging parents to take the virus seriously and keep your children safe at home.