About 700 women in the United States each year die due to a pregnancy related cause, according to the World Health Organization. The US has a higher ratio of maternal deaths than other developed nations.

That’s why the Centers for Disease Control and Prevention (CDC) has launched a new "Hear Her" campaign. The message is simple, but the goal is lofty: to create public awareness of warning signs of pregnancy emergencies and encourage pregnant women to speak up -- and for those around to listen -- to help try to stop the ongoing public health crisis of maternal deaths in the U.S.

“We felt that in addition to the work we’re doing in terms of better data and trying to understand the underlying causes, we really need to get the message out, particularly about the critical warning signs,” said Dr. Wanda Barfield, a doubled board-certified pediatrician and neonatologist, and the Director of the Division of Reproductive Health (DRH), the CDC division that’s in charge of "Hear Her."

The initiative emphasizes communication between women and their families, friends and all health care providers. “That’s part of the reason for this campaign, we all need to play an important role," Barfield told ABC News’ Chief Medical Correspondent Dr. Jen Ashton. "Whether that is women themselves, those who are around her who really care for her, are colleagues in the medical profession, committees, we all have a role to play.”

One of the ways this campaign is changing the narrative on maternal incidents and death is by sharing on the CDC website stories of women who had an issue with their pregnancy and were struggling to be taken seriously about their concerns.

One of those women is Kylie. Kylie’s pregnancy progressed normally until 38 weeks when she began to experience severe swelling. “I was tired all the time and had some pretty excessive swelling. When I asked about my swollen ankles, [they said] ‘well, you’re pretty pregnant.’ I kind of brushed off all my concerns, it was my first baby and I had never been pregnant before," she told the CDC.

At her 40th week of pregnancy, she displayed signs of preeclampsia, a pregnancy complication characterized by high blood pressure and signs of damage to another organ system, most often the liver and kidneys. She developed life-threatening complications, forcing her to stay in the intensive care unit, where she went into kidney failure requiring dialysis and eventually a kidney transplant.

Thankfully both she and her son survived. Kylie said her husband was her “lifeline” fighting for her and making sure she got the best possible care.

MORE: Mom who nearly died after childbirth has a message for moms

According to the CDC, the most severe complications of pregnancy affect more than 50,000 women in the U.S. every year.

“There are tens of thousands of near misses that can also be deaths,” Dr. Jen Ashton, who as an OB/GY has delivered over 1500 babies, said in discussion with Barfield. 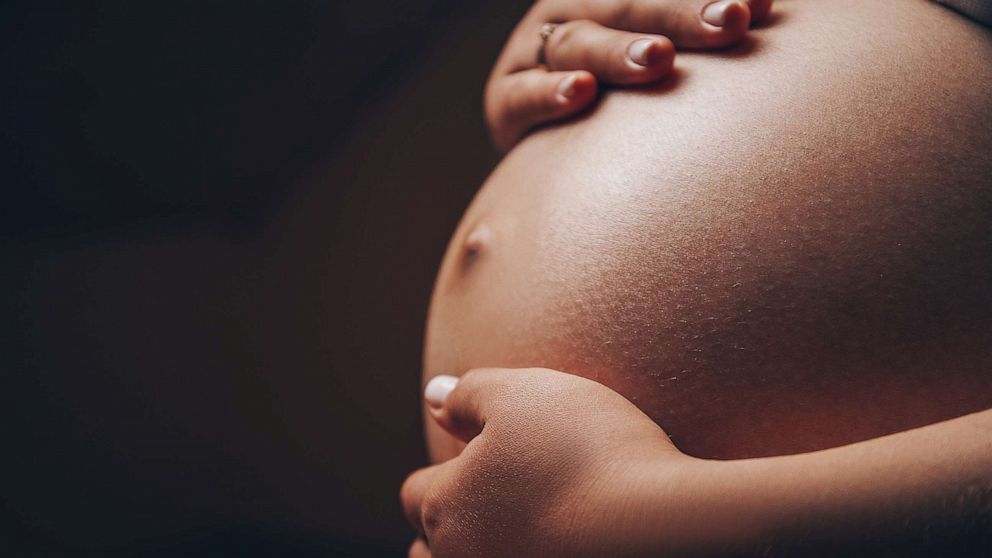 Photostockphoto/Shutterstock
A pregnant woman of color holds her belly in an undated stock photo.

There has also been a long-standing increase in concerning rates of maternal mortality in past decades and the disproportionate risk and poor perinatal outcomes faced by women of color, particularly African American women.

“There are disparities in the birth of Black infants compared to white infants and that was really a passion for me. But as I continued in my career," Barfield said. "I really realized that the health of the infants depend on the health of their mother in so many ways.”

After spending several years in the U.S. Army as a neonatologist, Barfield joined the CDC through its Epidemic Intelligence Service, which allowed her to focus on population issues, such as reproductive, maternal and infant health. “Despite all the technology and resources we have in the United States, we really haven’t been able to reduce maternal mortality and it has been a persistent problem,” Barfield said. "Time and time again, we’re hearing about these stories of women who know that something just isn't right, yet they’re not being heard.”

Ashton said that there have been improvements over the years.

“When I was an intern, a baby born at 24 weeks gestation pregnancy had a 50% chance of survival and of those who did survive, 50% had severe long-term neurologic impairment,” she recalled. “Neonatology has busted that wide open and made incredible strides in taking care of the most premature, the most vulnerable newborns and neonates. We have kind of gone in the opposite direction in taking care of my side of the patient combo [OBGYN].”

With pregnancy related injuries and death still prevalent in the U.S. today, "Hear Her" is putting the awareness and communication of it back on the forefront. “It’s really important to get the message out, that women are able to have an opportunity for women to be heard,” concluded Barfield.

Alexis E. Carrington, M.D., is a dermatology research fellow at the University of California, Davis in Sacramento, California, and a contributor to the ABC News Medical Unit.