As Hurricane Ian pounded the West Coast of Florida, Tiffani Henning watched the Category 4 storm from the third floor of Golisano Children’s Hospital in Fort Myers.

Henning huddled with about two dozen other moms last week as they watched their cars float away from the hospital's parking garage, boats floats down what were once roads in front of the hospital and trees sway sideways and completely uproot from the ground.

Behind them through it all laid their newborn children, some of them critically ill, in the hospital's neo-natal intensive care unit, or NICU.

"We were right in the eye, right in the path of destruction," Henning told ABC News of the hospital, which is located less than nine miles from Sanibel Island, which suffered much of the storm's most devastating damage. "You're already in a situation of being a NICU mom and now you’re in the position of being a NICU mom in the middle of a hurricane."

Less than 48 hours before, Henning said she barely made it to the hospital to be able to ride out the storm with her twin sons, Paxton and Kamden, who were born in August, around three months premature. 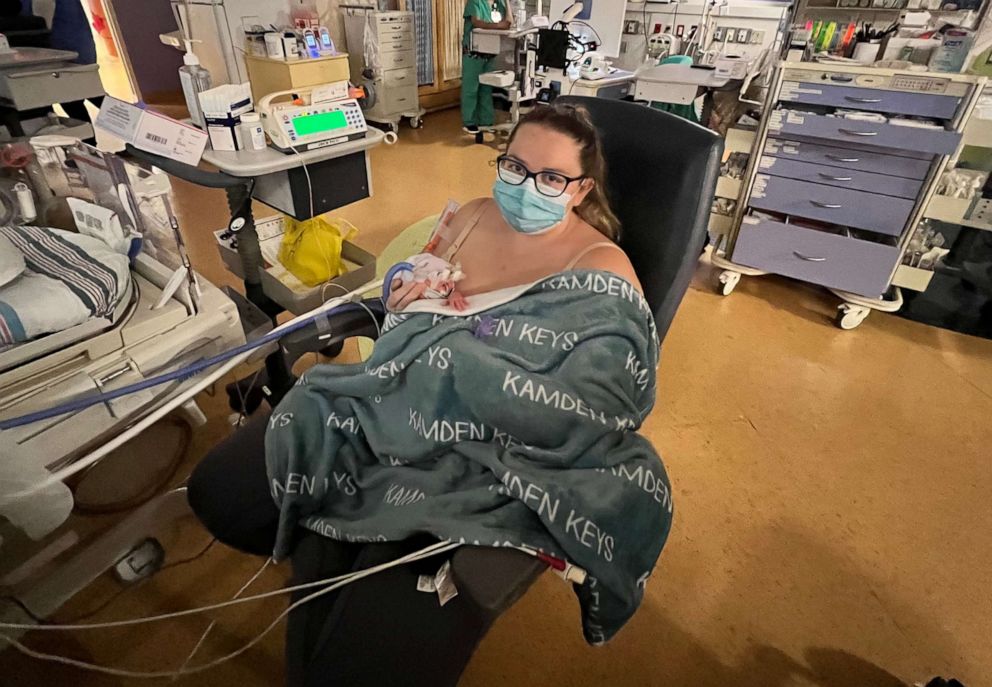 Henning was preparing her Bonita Springs home for the hurricane on Monday, when she made a last-minute decision to drive the 35 minutes back to Golisano Children’s Hospital that same day. She made it just in time before a state of emergency was declared in Lee County and the hospital locked down to visitors.

During the storm, Henning said she and fellow moms of NICU patients became worried as the hospital's first floor took on water and a call came over the loudspeaker for people on that floor to find higher ground.

'If the water keeps going up, there's only so many floors we can go up to'

"I'm like, if this water keeps rising, how are we getting the babies, because there were so many babies that were in the NICU," recalled Henning. "If the water keeps going up, there's only so many floors we can go up to before there are no more floors."

Inside the same NICU, Jennifer Morales Uparela spent much of the hurricane in a chair next to the isolette where her 1-month-old daughter, Allison, slept.

Morales Uparela said she tried to sleep too in order to help pass the time quickly. A native of Colombia, she was experiencing her first hurricane and doing so alone in a foreign country.

"I've never experienced something like this, and this is my first baby," Morales Uparela told ABC News through a translator. "What kept me going is I know that my baby needs me."

Morales Uparela, who had a high-risk pregnancy, was staying with family members in Cape Coral, Florida, when she was induced at 37 weeks on Sept. 4. Allison weighed 3 pounds, 13 ounces, at birth and was taken immediately to the NICU, where doctors have monitored her ever since. 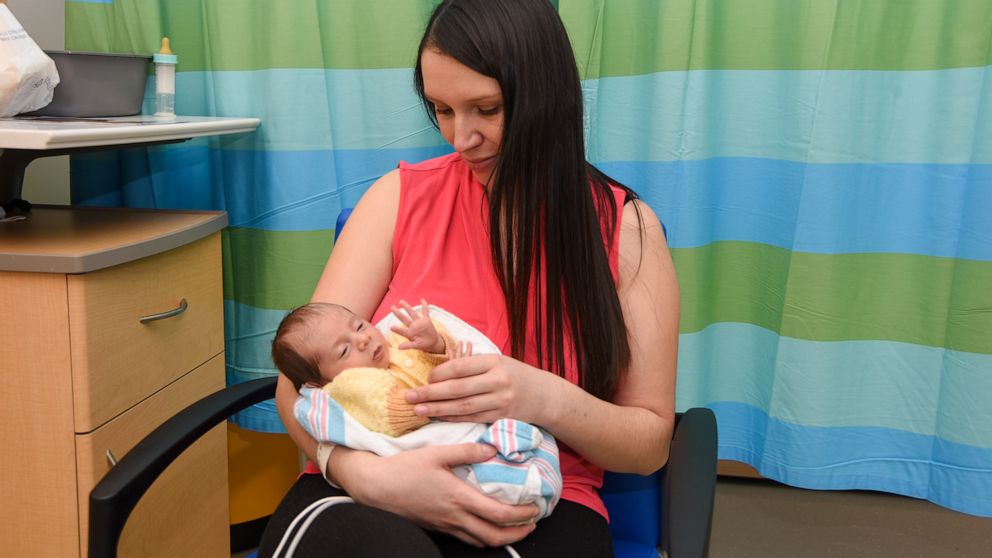 On Sept. 28, the day of the hurricane, Morales Uparela said she went downstairs to get something to eat, and saw the flooding on the hospital's first floor.

"People did a good job of staying calm and the staff did a great job of keeping everyone under control," she said. "But I went back to the unit, and that’s when everything started going downhill."

A 'Herculean effort' to evacuate dozens of babies

Hurricane Ian, which devastated parts of Fort Myers and the surrounding area, killing over 100 people, caused Golisano Children’s Hospital to lose both power and water.

The hospital had a generator that kicked in at the time of the power outage, but lacking water, it began the process of evacuating its NICU patients. 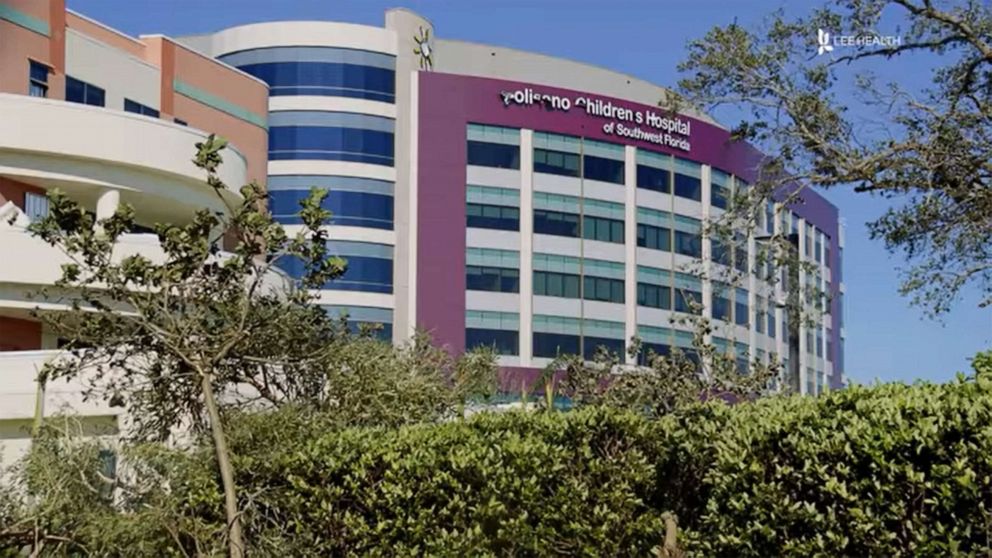 Directly across the state, in the cities of Miami and Hollywood, two children's hospitals went into overdrive, activating their plans to begin treating the evacuated babies.

'They're really going to need those patients out'

"We started to hear that they were going to evacuate due to infrastructure issues and that is the point where we started thinking, okay, this is real. They're really going to need those patients out," said Caitlin Stella, CEO of Joe DiMaggio Children's Hospital. "As soon as the hospital said, 'It's time to evacuate. It's unsafe,' everyone just jumped into motion."

One obstacle was that some roads and helicopter landing areas were unusable due to the storm. A second obstacle was that patients as small and critical as NICU babies are considered "complex transports," explained Dr. Marcos Mestre, vice president and chief medical officer of Nicklaus Children’s Hospital.

"They are essentially mini-ICUs that travel with the patients," Mestre said of the hospital's two helicopters and six ambulances that were used to transfer NICU babies. In addition to the medical equipment, each patient travels with a transport team that consists of nursing staff and a medical coordinator. 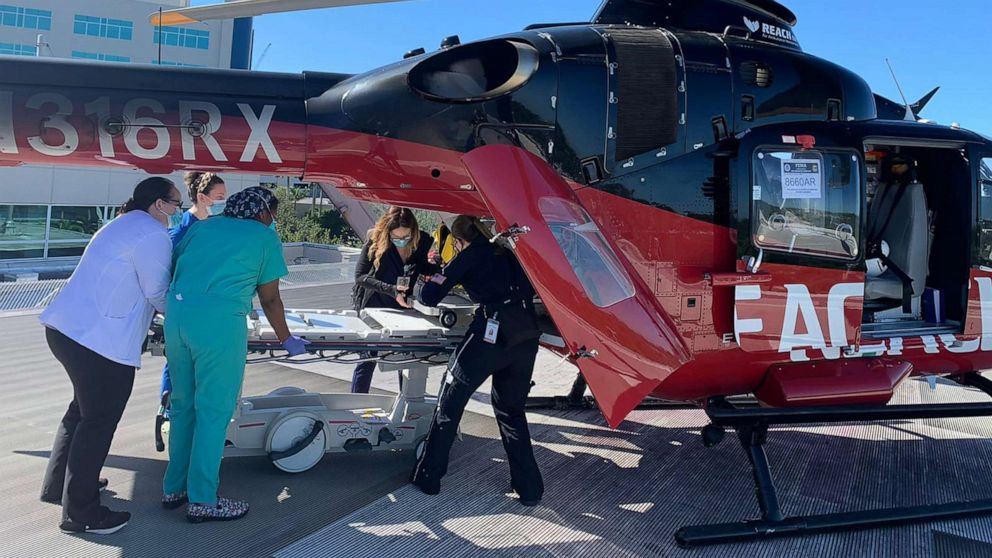 Early Thursday, hospital officials said they got the green light that the roads and helicopter landing pads were safe.

That began a 48-hour effort of helicopters and ambulances flying and driving back and forth across the state of Florida to transport patients, according to Mestre and Stella.

MORE: Those who didn't evacuate Hurricane Ian describe what it's like to ride out storm

While the roads were safe, the ambulances were often dodging debris on the ground from the storm, both officials said.

"I think our ambulance drove back and forth across the state 10 times, just back and forth," said Stella, whose hospital is located about 150 miles away from Golisano Children's Hospital. "We even had people from other parts of the state and from outside the state that started jumping in and being able to transport these babies safely."

She continued, "It was a Herculean effort." 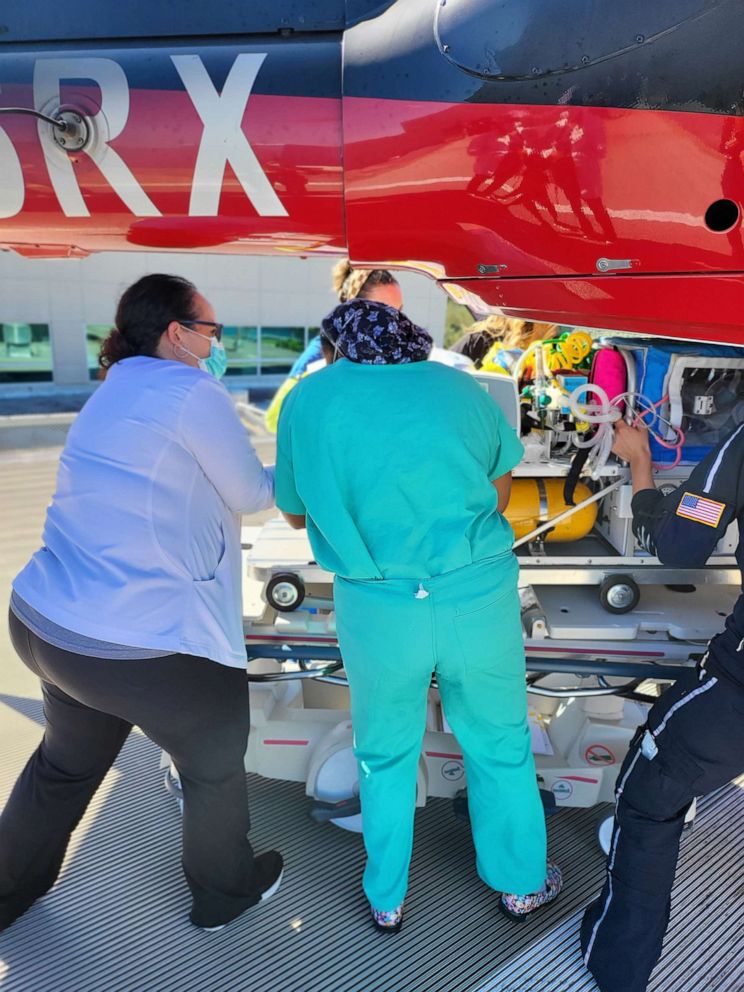 In total, 61 NICU patients were transferred from Golisano Children’s Hospital to hospitals in other parts of the state, a hospital spokesperson told ABC News.

Nicklaus Children's Hospital in Miami admitted six of the hospital's NICU patients, and participated in five transfers to other hospitals, according Mestre.

'It could have been so much worse'

The evacuations to different hospitals meant more stress for parents like Morales Uparela, who had just survived her first hurricane as a first-time mom.

Morales Uparela learned on Thursday that her daughter would be evacuated to Nicklaus Children's Hospital, but had no way to get there herself as she was told the ambulance would not have space. 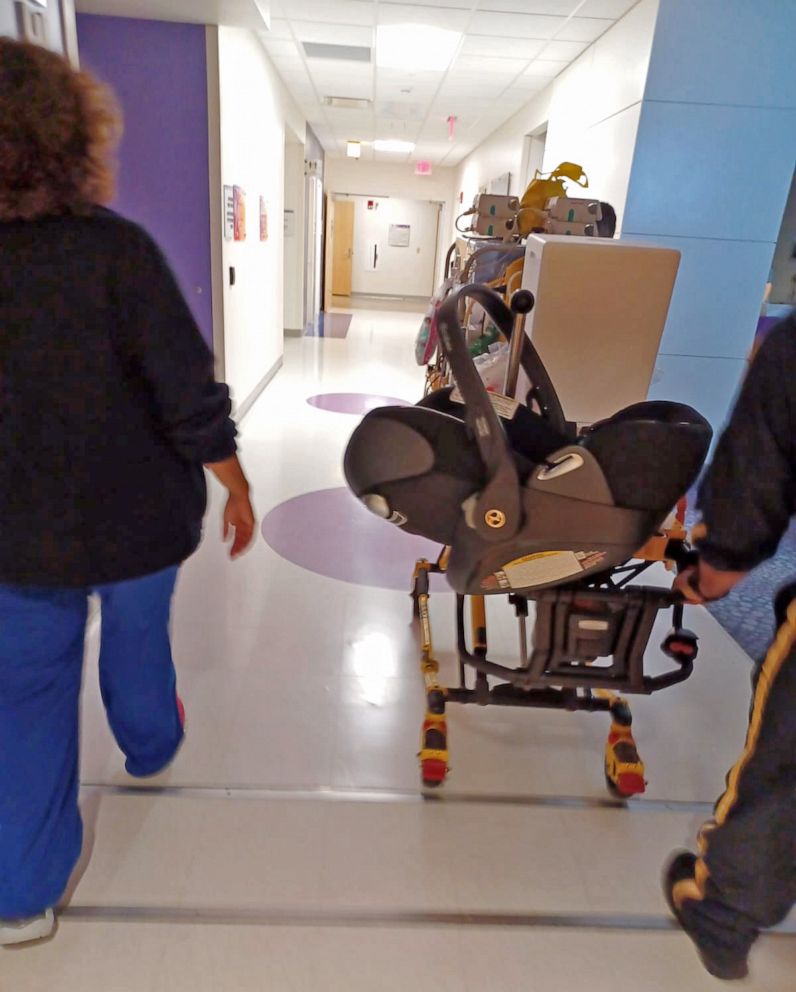 It was only when the ambulance arrived at midnight to transport Allison, that the transport team told her to jump in, saying they would make room, according to Morales Uparela.

"There was a lot of debris in the highway," she said. "They had to go carefully with lots of debris and trees down." 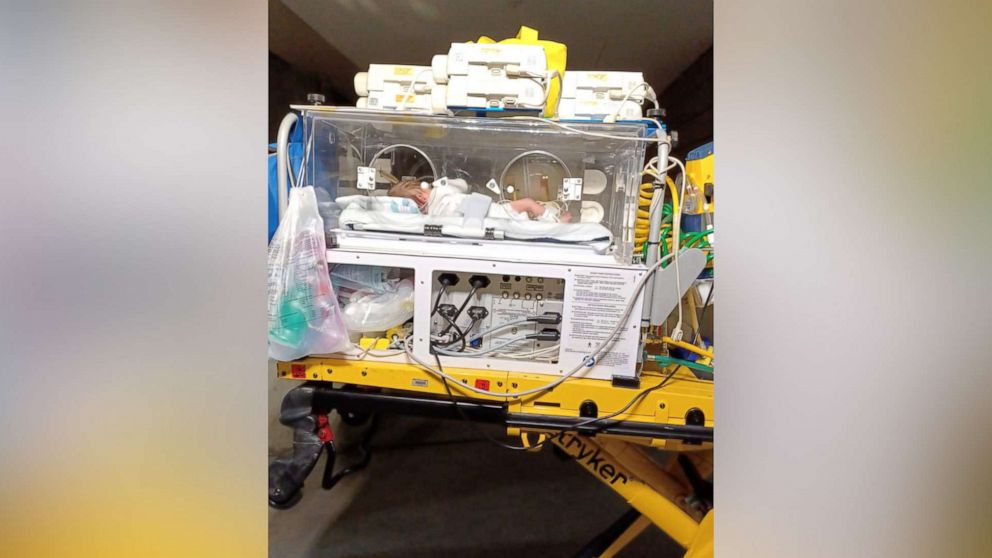 Henning, the mom of twins, navigated the drive across Florida herself on Friday, after her sons were airlifted to Joe DiMaggio Children's Hospital earlier that morning.

She said she was woken up by a phone call early Friday morning from the hospital, letting her know the twins would be evacuated but they weren't yet sure to where or whether they would stay together.

Henning said she and her husband made the nearly two-hour drive to Hollywood on Friday, and were able to reunite with their sons.

'There were lots of tears'

"There were lots of tears," she said. "I got to hold both of them and cuddle them and knowing that they were at another place and safe was just the best peace of mind." 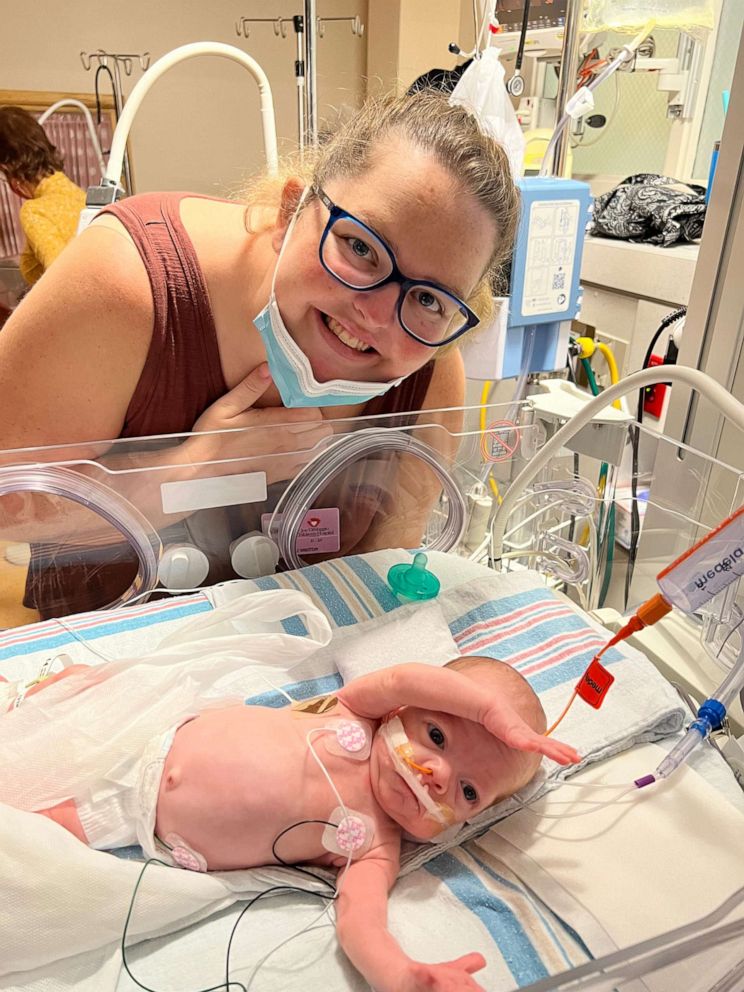 Henning's sons continue to be treated at Joe DiMaggio Children's Hospital, but she said she is hopeful they can soon return to Golisano Children’s Hospital, which has since reopened.

The family lost a car in the storm and lost power and water at their home, but feel thankful to be alive and together.

"It could have been so much worse," said Henning, who said she is most grateful for the medical staff that cared for her sons while their own homes and families were affected by the hurricane.