The Ingrassia family had one of their best ever vacations in Aruba last year until their return flight home to Long Island.

“They served us nuts. I ate a cashew,” now 11-year-old Luca told ABC News. “Then I looked at my mom because my chest, my heart, my stomach and my throat are all cramping and hurting. I couldn’t speak. I was terrified.”

Luca was experiencing anaphylaxis, a life-threatening reaction to food. His mother says the family was not aware of his allergies.

(MORE: Family says 2 kids were kicked off an airplane for a nut allergy, left stranded at airport)

Luckily a nurse was on the flight and two other passengers had Epi-Pens. They saved Luca, whose airways were about to close, the Ingrassias said. 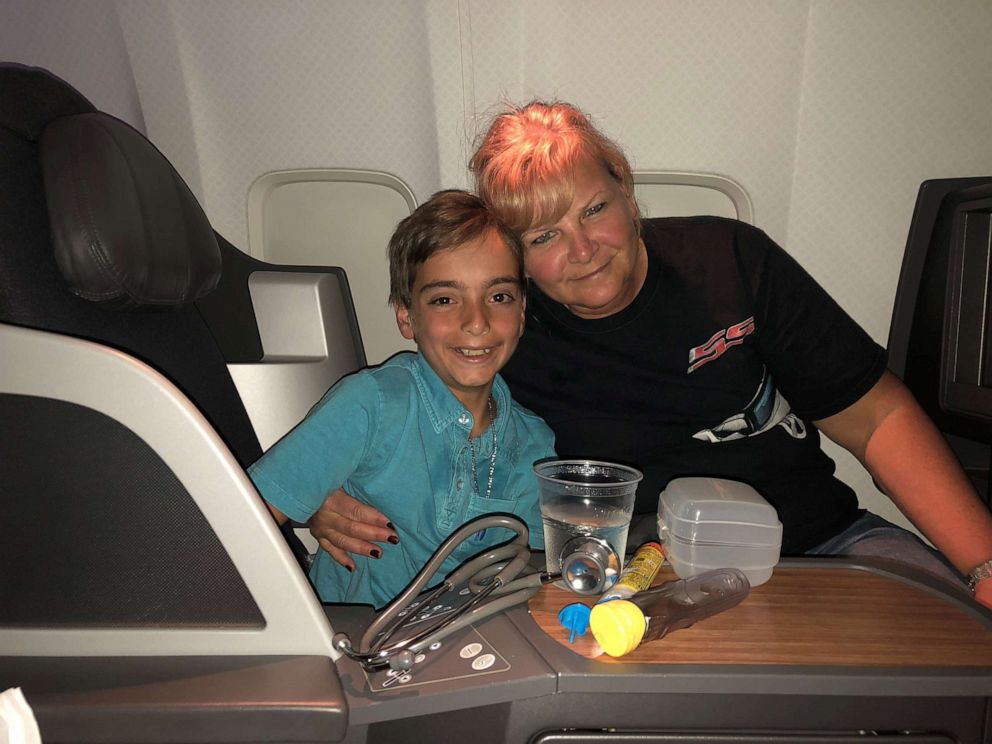 The Ingrassia Family
Luca Ingrassia with the nurse who saved his life on his flight after he experienced an allergic reaction.

Epi-Pens are a brand of auto-injectors used to inject epinephrine, which relaxes muscles in your throat and lungs to open blocked airways. The Ingrassias were traveling on American Airlines, which at the time only carried epinephrine in a large vial, requiring measurement by a medical professional.

The company told ABC: “We are grateful that Luca is OK. The medical kits onboard our aircraft comply with federal regulations and contain epinephrine - the same medicine contained in an Epi-Pen.” 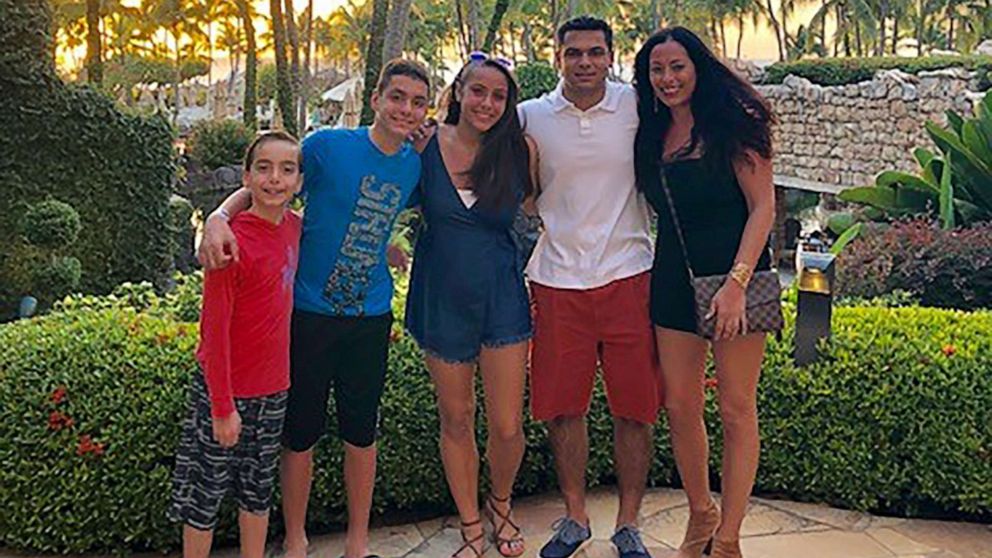 The Ingrassia Family
The Ingrassia family on vacation in Aruba last year. When they were on their flight home, their 11-year-old son, Luca, had an allergic reaction on a plane.

Epinephrine auto-injectors are not required on board commercial airlines by the Federal Aviation Administration.

"GMA" called six major airlines. Three of those airlines – Alaska, JetBlue and American - said they now routinely carry epinephrine auto-injectors onboard even though they are not required.

(MORE: What parents should know about the new peanut allergy pill)

The plane’s emergency medical kit did have epinephrine in a large vial. Varshavski was able to save Faraco’s life.

Having epinephrine premeasured in an auto-injector makes it “easy to use,” Varshavski said. “Most lay people with basic instruction could figure it out themselves.”

He’s since become an advocate for airlines to carry auto-injectors onboard. Having to measure epinephrine could be “fatal,” Varshavski said.

While the FAA requires commercial airlines to stock certain emergency devices and medications, many airlines have been granted exemptions from carrying the required drugs when there are “supply shortages.”

(MORE: EpiPen scramble as kids head back to school)

Epinephrine is among the exempted medications. If the emergency medical kit on Varshavsk's flight hadn’t contained epinephrine, the passenger “would have either lost their life or had a really bad outcome.”

ABC News asked the American College of Emergency Physicians about the exempted medications, which include atropine, for cardiac patients, and dextrose, for diabetes patients. ACEP helps make recommendations for what medications airlines should carry.

“These are all necessary medications to save a life,” ACEP's Mark Rosenberg told ABC News. “Not having these medications, we put anybody with a medical emergency in jeopardy and maybe take away their chance of having a physician or other medical professional save their life.”

The FAA told ABC News it is currently considering requiring epinephrine auto-injectors in airline emergency kits. It also says it has received a request to extend the exemptions, which are due to expire at the end of January 2020.

Airlines for America, an industry group, told ABC News: “Protecting the safety and well-being of our passengers is …the highest priority. The exemption granted by the FAA is a contingency for use only when a drug is temporarily available due to manufacturing shortages beyond airline control.”

Experts advise passengers with allergies to bring the required medication onboard a flight. Also, check with a flight attendant if there is an emergency kit and what's in it.