Antonio Martinez, of Chicago, was stuck in an office job and feeling tight in his size 5XL T-shirt when he decided he needed to make a change.

The 30-year-old quit his day job, got a job as a grocery shopper for Instacart and credits that decision with helping him lose nearly 300 pounds over the last five years.

"If I delivered [their grocery order] and the customer was really fit, I would be like, ‘OK, what are they eating?,'" Martinez told "Good Morning America." "It helped me learn a cleaner lifestyle just by mirroring what people ordered."

Martinez said he grew up on a Mexican diet of beans and rice and bread and associated those foods with comfort and love. He began gaining weight in high school and lost track of his weight when he got an office job that required him to sit at a desk all day.

"I would just wake up, eat, go to work, snack all day and go home tired," he said. "At one point I remember I tried to weigh myself and the scaled was maxed out at 420 pounds and it didn't register my weight." 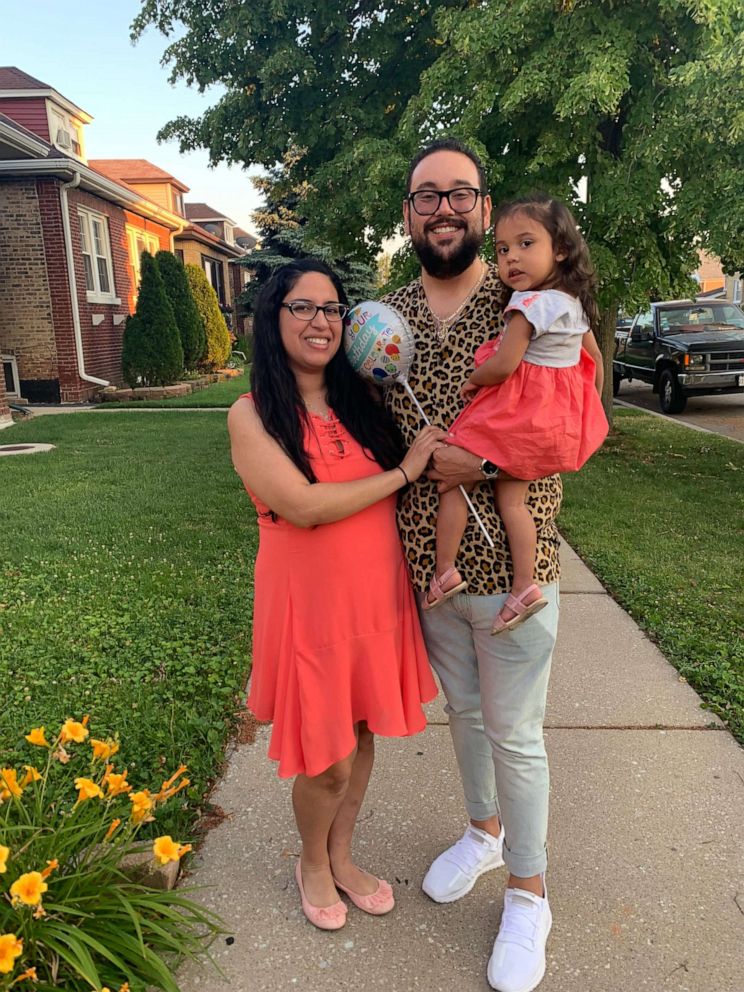 When Martinez saw an ad recruiting paid shoppers for Instacart, one of the country's biggest grocery delivery services, he decided to give it a try.

"It just started off as instead of going home after work I'm going to get in my car and walk around a grocery store," he said. "That first order, I remember walking through the store and after 15 minutes I was exhausted."

Martinez kept at it and started seeing non-scale victories, like being able to walk up a flight of stairs without losing his breath. He eventually quit his office job to shop for Instacart full-time.

"After about one year at Instacart … I went to the doctor and weighed in at 520 pounds," he said. "I was worse than I thought. It hit me hard."

Martinez said he decided at that time the activity Instacart provided wasn't enough and he needed to change his diet. He began to look at what he was eating compared to what people were ordering via Instacart.

"I did one order and it was all keto products," Martinez said, referring to the ketogenic diet that focuses on foods high in fat and low in carbohydrates. "I delivered it to [the customer] and he looked great."

"I asked him about keto and he said he used to be my size," Martinez recalled. "At that point I knew I needed to do it, and at the same time I found out my wife was pregnant so I knew I really needed to do it."

(MORE: If you bought an Instant Pot on Prime days, try these 4 recipes from mom who lost 125 pounds)

Martinez said he never wanted to be a dad because he thought his weight would prevent him from being a good one. Knowing then that his daughter was on the way, he committed to the keto diet and after a "brutal" first month, began seeing changes.

"After the first month I was losing weight and my clothes fit better and I felt better and it just clicked," he said. "I already knew the foods [to buy] because I was already shopping for them for customers." 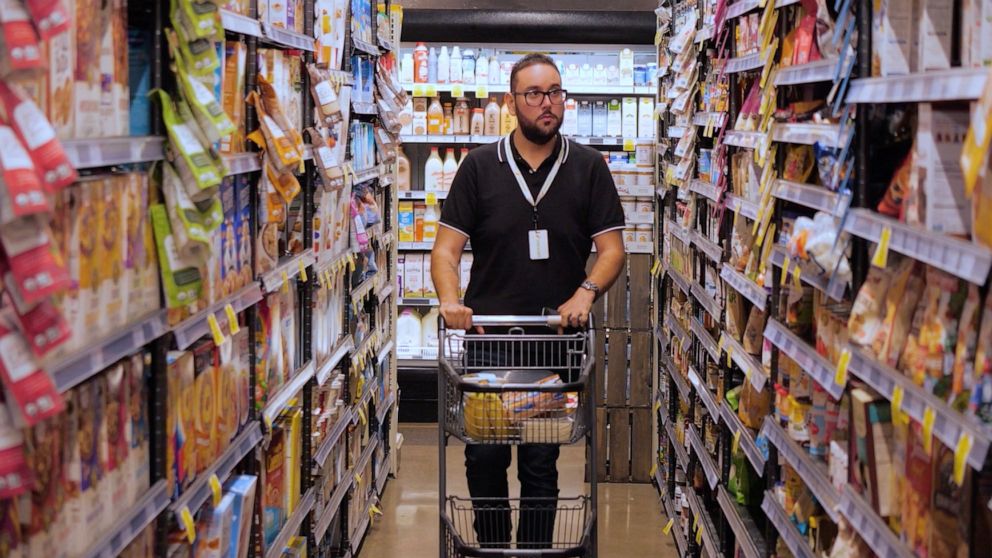 Instacart
Antonio Martinez, of Chicago, says he has grown his career and lost weight with Instacart.

Instead of a diet heavy on fast food and pizza, Martinez began eating foods like eggs, avocados, salmon, almonds and new-to-him vegetables like asparagus, broccoli and chard.

In addition to the more than 15,000 steps he took on average shopping for and delivering orders, Martinez also began to work out.

"The non-scale victories really kept me going," he said. "I would ask my boss for a 4X shirt instead of a 5X and then it became a large and he was like, ‘You're melting away Antonio.'"

Martinez lost enough weight that by last year his doctor approved him undergoing gastric sleeve surgery. He has since lost another nearly 200 pounds and counting. 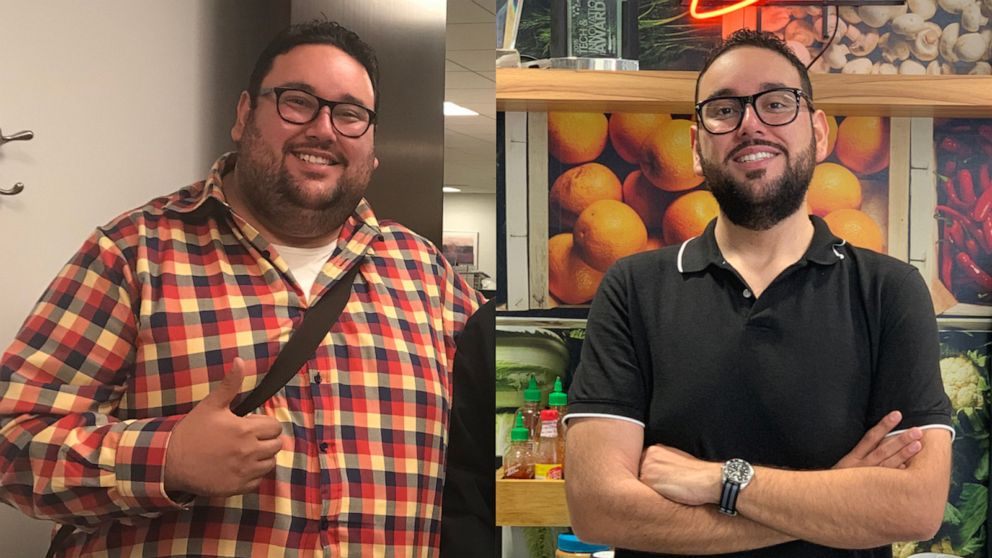 While Martinez was losing weight over the past five years, he also began getting promotions at Instacart. He is now a site manager for the California-based company.

"If you had told me five years ago that I would be moving up in the company and moving down on the scale, I wouldn't believe you," he said. "I thought I was just destined to be big, that my life was just going to be that."

When it comes to advice for other people who want to change their lives, Martinez said he learned to not think setting big goals was "too daunting."

"I tell people to shoot big and to start today," he said. "Don't start tomorrow or you'll talk yourself out of it."