Luke Adams, a critical care nurse, left his home in Bloomsburg, Pennsylvania, at the end of March to fight on the front line of the coronavirus pandemic in New York City.

He left behind a girlfriend, Abbi Hake, their 10-month-old daughter Remy and his 8-year-old son Jack in order to work on a short-term basis in the intensive care units of some of the city's busiest hospitals.

"I felt like what’s the point of having these skills if you don’t use them when you’re absolutely needed, and they are absolutely needed," Adams told "Good Morning America." "I don’t’ know if I’d be able to look at myself or my kids if I could have helped but didn’t. I don’t want to set that example for them." 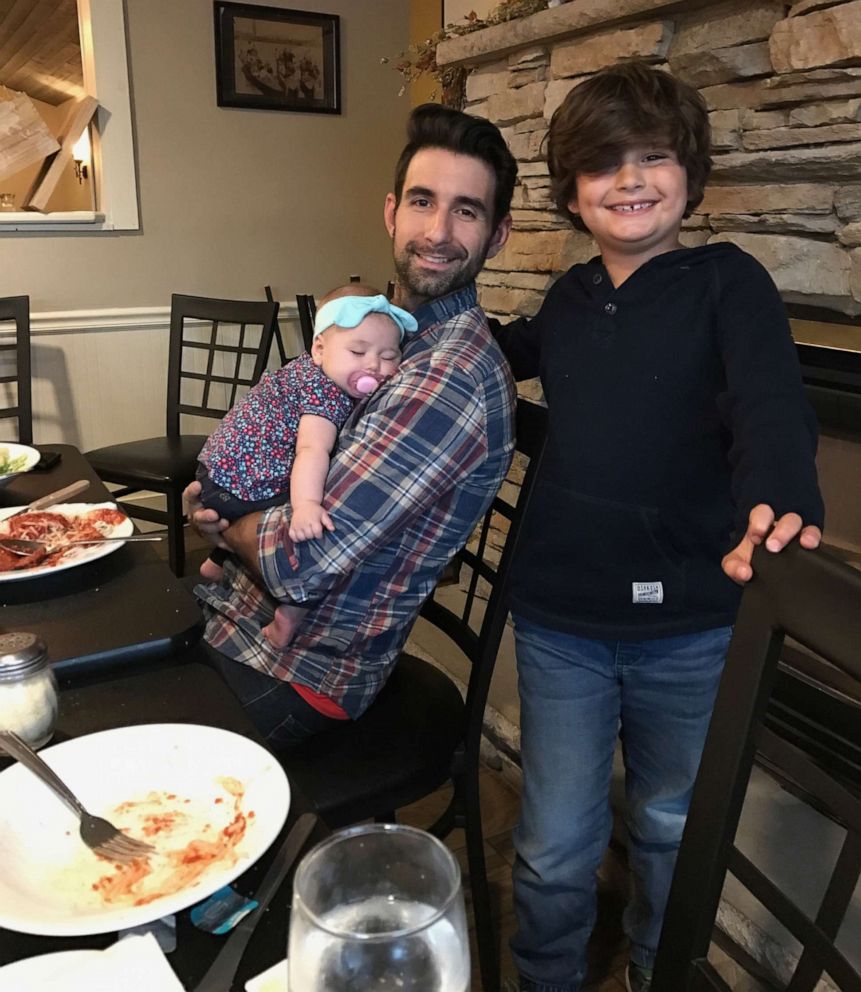 Adams initially thought he would be in New York for just a few days -- even planning to sleep in his own car -- and help backfill at hospitals as needed. Instead, he began treating COVID-19-positive patients almost immediately and decided to stay longer when he saw the need for continued help and became worried about potentially exposing Hake and his two children to coronavirus.

He is now hoping to return to his family and his home at the end of June, nearly three months after he left for New York, where the death toll in the state from the coronavirus pandemic is now past 14,000.

Adams' story of FaceTime calls to keep in touch, missed milestones and stress and anxiety while away from his family offers a glimpse into the sacrifices made by health care workers across the country responding to the pandemic. 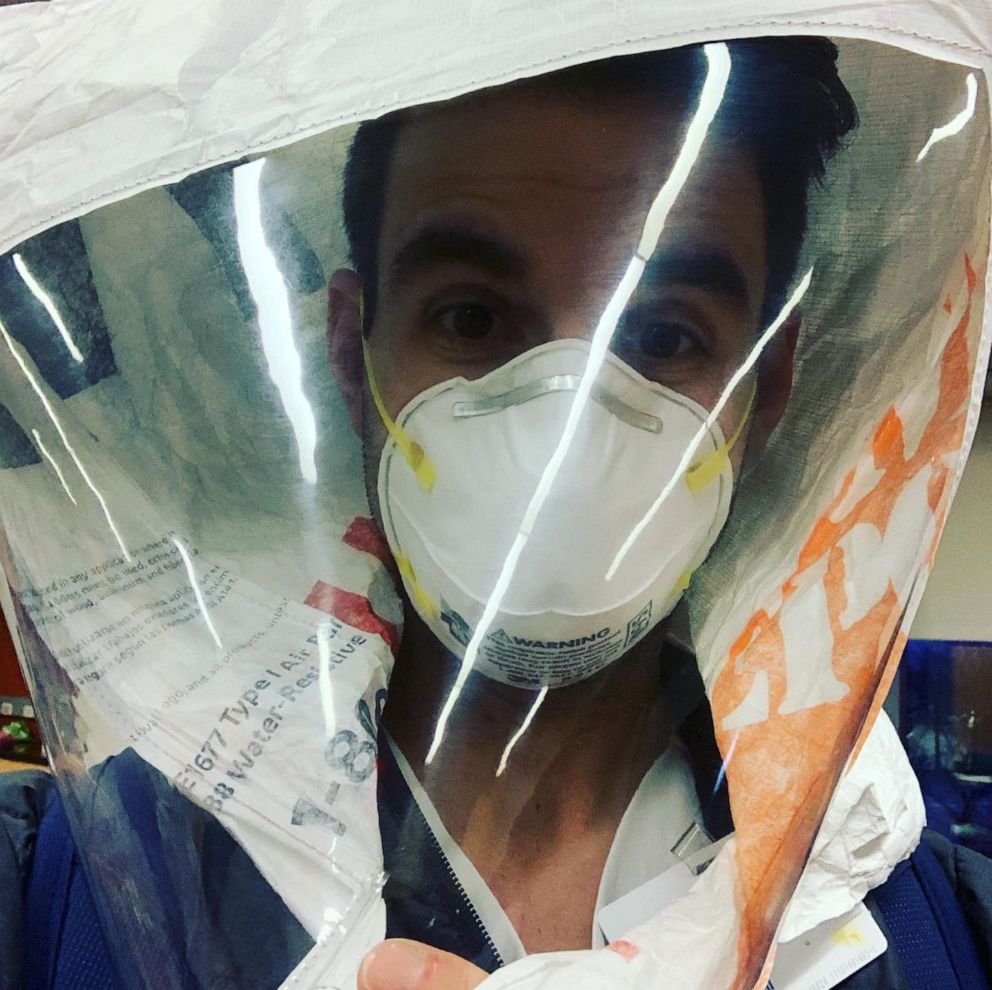 Courtesy Luke Adams
Luke Adams, a critical care nurse, left his home in Pennsylvania to fight on the front line of the coronavirus pandemic in New York City.

"It comes in waves," said Adams, 35, an 11-year nursing veteran. "It wasn’t too emotional in the beginning and then you get to the point where you realize that you’re only a few weeks into it and you still have two months left."

"And life doesn’t stop outside of work either, so I have hard days at the hospital and sometimes it makes it more emotional to see them, and obviously makes me miss them a little bit more," he said.

In the time Adams has been away, he missed seeing his daughter crawl for the first time, will miss her first birthday at the beginning of June and this weekend will celebrate his own birthday alone. The work of caregiving full-time for Remy has fallen to Hake, who is also a nurse but is not working so she can be a full-time single parent to Remy.

"Recently, I’ve felt a lot more emotional," said Hake. "I think it definitely happened fast and we didn’t have time to fully appreciate it all and it hit us a little bit later."

"When it comes to Remy, I’m just sad he’s missing some stuff with her, but the harder part is I am worried about Luke," she said. "I want him to be as safe as possible and we miss him."

Hake, 29, takes videos of Remy that she sends to Adams daily. She also frequently shows Remy videos of Adams so she'll remember who he is.

"One of the reasons [I came to New York] was that I wouldn’t be tempted to go home every night and those two would do exactly what they’re doing now, which is to quarantine in the house and love each other," Adams said, referring to his girlfriend and daughter. "I love that they get to spend this much time together. I wish that I would be there too, but I’ll be getting back soon."

In addition to exchanging videos, Adams also FaceTimes with Hake and Remy and with his son Jack, who lives with his mother, on the few days he has off during the week.

Adams said he wants his children to learn from this example that "if you have the ability to help people, then you should." 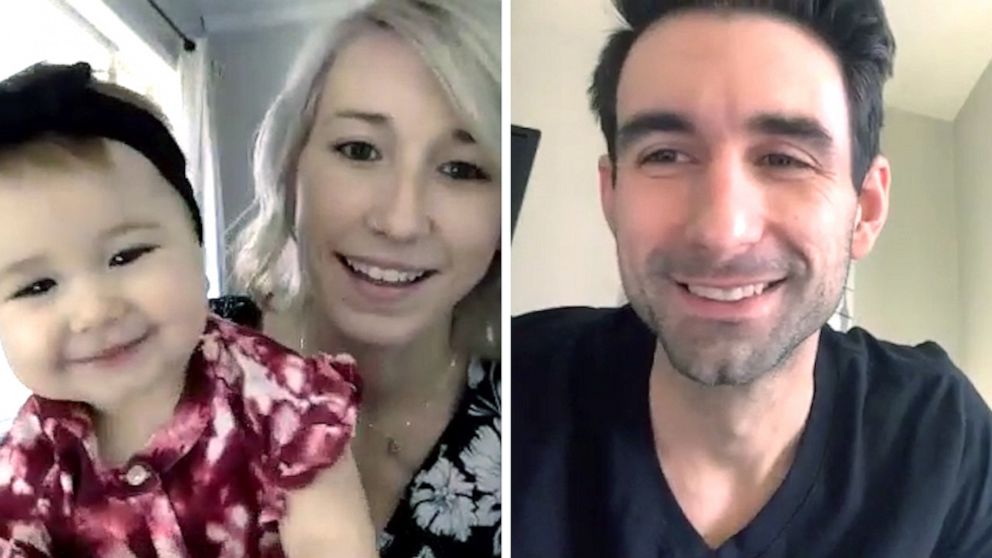 "It was certainly not something I ever expected in my life, that we would be faced with a crisis where a critical care nurse can suddenly make all the difference in the world, one or 100 of them," said Adams, who described entering New York ICUs when he first arrived as like "entering a war zone." "Everybody wants to be their kids’ hero and I’m hoping that maybe this is the first step."

"Maybe when they grow up, they watch these clips and go, ‘Oh, you know, dad was actually a pretty good guy,'" said Adams.