By Katie Kindelan
Video by Ray White
Share —
Sign up for our newsletters to get GMA delivered to your inbox every morning!

A mom of four is sharing a warning for other parents after she says her 10-month-old daughter was hospitalized with critical injuries after swallowing a water bead.

Folichia Mitchell of Berwick, Maine, said she bought a water beads activity kit at a local Target store in late October for her 8-year-old son, who she says is on the autism spectrum.

"From reading the package, I saw they're good for sensory so I thought he'd really love them," Mitchell told "Good Morning America." "And he did. He thought they were really fun."

Mitchell said she set her son up at the kitchen table with the water beads so they would be out of reach of his younger siblings.

Mitchell said she took her daughter to the hospital on Nov. 1, thinking she may have been having an allergic reaction to a newly-introduced food. 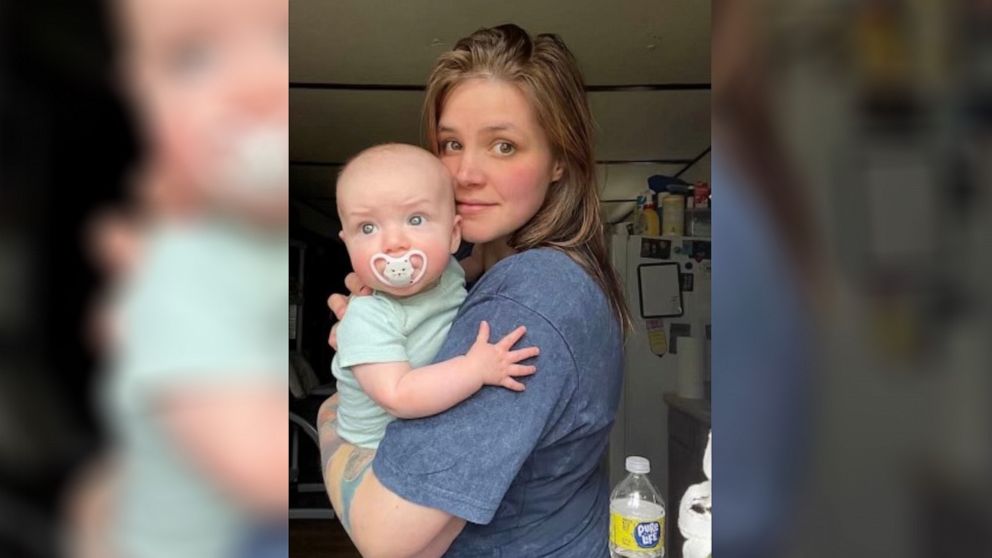 Instead, Mitchell said Kennedy was transported by ambulance to a larger children's hospital, where tests showed she had a large, round object in her stomach, which was determined to be a water bead.

Mitchell said she and her husband were in complete shock that Kennedy had swallowed a water bead from their older child's activity kit.

"We never saw her near them. Never saw her have one in her hand. Never saw her pick one up from the floor," said Mitchell. "I was not worried about that at all. That never had crossed my mind the whole time that she was not feeling well and deteriorating."

Editor's Picks
MORE: Mother on a mission to find a bone marrow donor for her son

According to the National Poison Control Center, water beads are typically made of synthetic superabsorbent polymers and when exposed to water, can grow in size from the size of a marble to the size of a tennis ball.

While first designed as a product to help maintain soil moisture in plants, water beads are now used in baby diapers, incontinence products and menstrual pads to help absorb fluid, and are "marketed as children's toys or therapies for children with sensory processing or autism spectrum disorders," according the center.

If water beads are swallowed, they can expand in the body and cause life-threatening intestinal blockage, the center says. 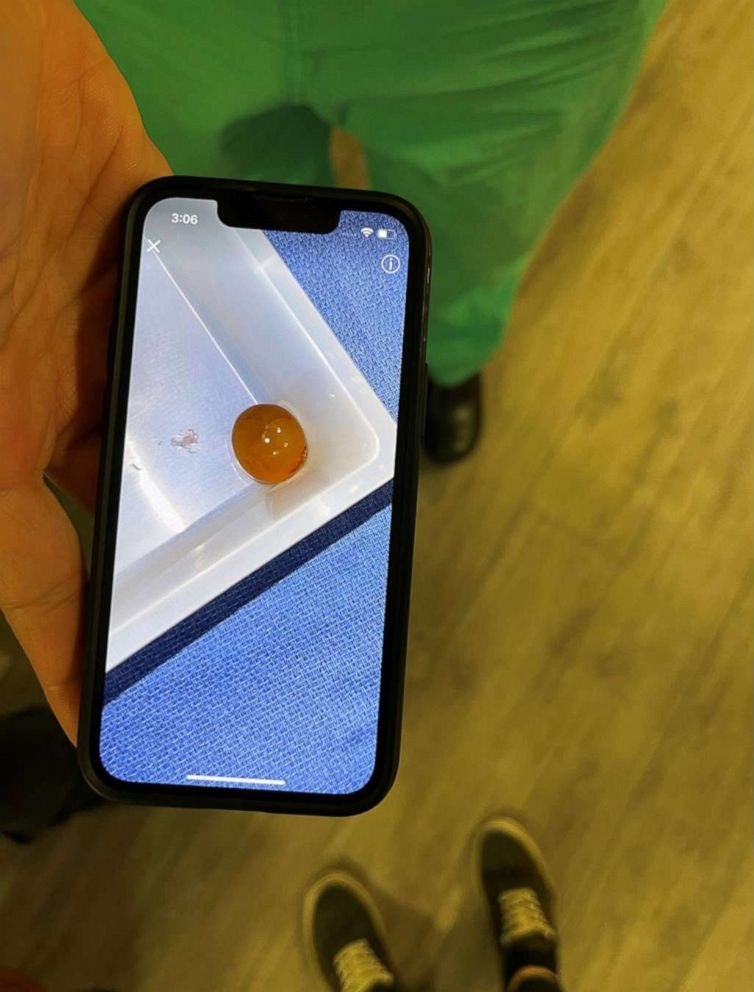 The Consumer Products Safety Commission has issued warnings in the past on various water bead, or water ball, products, warning that they can expand inside a child's body and cause intestinal blockage and damage.

In Kennedy's case, Mitchell said doctors performed a first surgery in early November to remove the water bead from her body, but damage to her intestines was already done.

The next four surgeries Kennedy underwent were due to infections in her body that were caused by intestinal blockage, according to Mitchell.

Mitchell said doctors told her three different times over the past month that they weren't sure if Kennedy was going to survive. 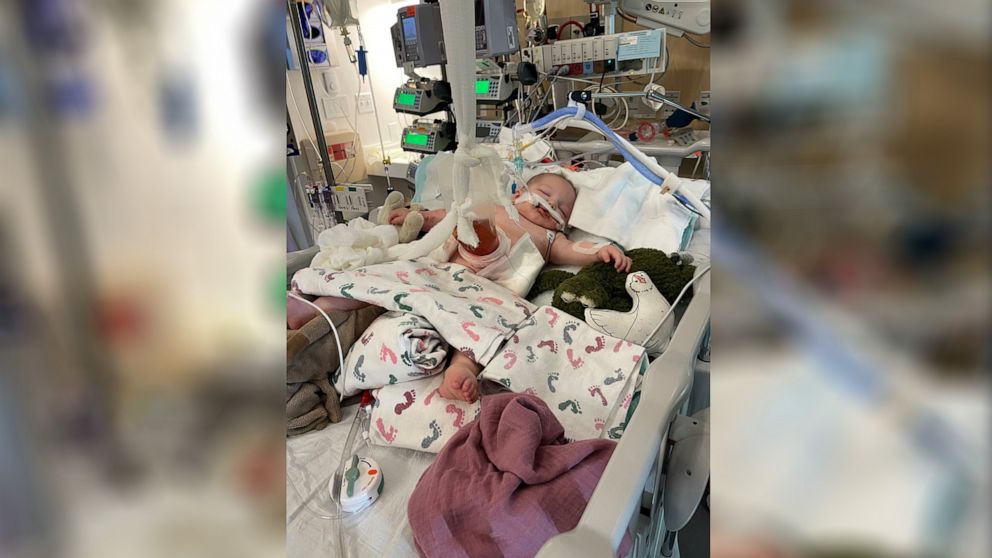 Mitchell said she only saw a warning about choking on the Chuckle & Roar Ultimate Water Beads Kit she purchased at Target.

"I do think if they had been labeled properly, and said, ''If ingested, could cause death could cause blockage, seek medical attention,' any of those warnings, then I may not have even bought them for my 8-year-old," she said. "Bringing something into your home and purchasing it from the store, you have the right to know what to expect or what the dangers or cautions are of anything, and I didn't get that opportunity.".

Target told "GMA" in a statement that it has removed Chuckle & Roar Ultimate Water Beads Kit from store shelves and its website while it reviews the situation.

"We're aware of this tragic situation and send our heartfelt sympathy to this child and her family," Joe Unger, a Target spokesperson, said in a statement. "Target requires our vendors to comply with all product safety standards, and all state, federal and local laws. We have removed the product from stores and Target.com while we review the situation with the vendor."

Chuckle & Roar products are sold exclusively at Target, according to the company's website.

Buffalo Games, the owner of Chuckle & Roar, told "GMA" the company is working to determine "if any action is needed" after learning about Kennedy's situation.

Buffalo Games said in a statement, "It was recently reported to Buffalo Games that an infant required surgery after ingesting a water bead from the Ultimate Water Beads kit. Buffalo Games investigated and confirmed with Bureau Veritas, a leading third-party testing laboratory, that the Ultimate Water Beads product does meet all current ASTM and CPSIA standards for toy safety in the United States, and has all required warnings and information on package, including a Choking Hazard and that the product is specified for Ages 4+. However, as consumer safety is paramount to Buffalo Games, we are in the process of evaluating the situation and determining if any action is needed."

The statement continued, "We wish Ms. Mitchell's daughter a speedy and full recovery."

Thomas Bosworth, a lawyer representing Mitchell, told "GMA" he believes the risk of harm from water beads for children is so great there is "no good reason" products containing them should be on store shelves.

"If you’re a company and you’re going to be selling products like this, you have an obligation to know everything that you need to know about those products and whether they're dangerous, especially to children," said Bosworth. "It's not enough to say something is a choking hazard. There is a difference between choking on something and swallowing a bead that's this big and it almost killing your child."

According to Mitchell, Kennedy is no longer in the intensive care unit and is now breathing on her own after initially being placed on a ventilator.

She said she is not sure when Kennedy will be discharged from the hospital, or how long-lasting her injuries may be.

The American Academy of Pediatrics says warning signs for parents to look for include abdominal pain, constipation, drooling, vomiting, refusal to eat, wheezing and complaints of something stuck in the throat or chest. The AAP also warns that children may place water beads in their ears, for which they say to also seek immediate treatment.

Mitchell said she hopes that by sharing her family's story, other parents learn the lesson she has -- to do their own research before bringing a toy into their home.

"Regardless of what a product is going to visually tell me as a warning, I'm never, ever going to trust that," said Mitchell. "I'm always now going to do more research just to bring things into my home because of how terrifying it feels that these were just right on the shelf. I grabbed them effortlessly and took them home."