A pregnant woman's protest of a ticket she said she received for driving in the high-occupancy vehicle lane of a Texas highway is raising new questions about the rights of fetuses in the wake of the Supreme Court's decision to overturn Roe v. Wade.

Brandy Bottone, 32, of Plano, Texas, said she was driving by herself on a highway near Dallas on June 29 when she decided to get into the HOV lane due to heavy congestion on the road.

"I drove by the sign that said, 'HOV(2),' and here's one, there's two," Bottone, who was 34 weeks pregnant at the time, told "Good Morning America," pointing to herself and her stomach.

Shortly after merging into the HOV lane, Bottone said she was pulled over by a sheriff's deputy who asked her if she had any passengers in her car, referring to the state's requirement that vehicles in the HOV lane must be "occupied by two or more people." 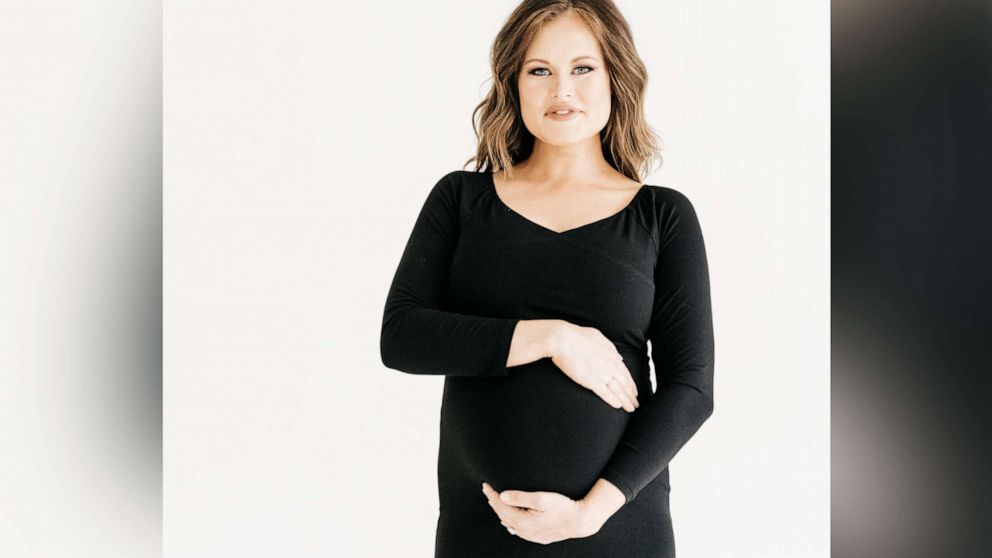 Bottone said she told the officer that she counted herself and her unborn baby as the two passengers, to which she said he replied that it had to be "two bodies outside of the body."

"I kind of sat back and said, 'Okay, well, I'm not trying to make a political stance here, but with everything that's going on, you realize that this is definitely a baby and that counts as a person," said Bottone, referring to the June 24 decision by the Supreme Court to overturn Roe v. Wade, giving power back to states to determine abortion rights.

In Texas, most abortions were already banned after six weeks of pregnancy under SB8. After the Supreme Court's ruling, the state Supreme Court ruled Texas can now enforce a decades-old law that makes performing most abortions punishable by prison, according to the Associated Press.

In addition, the Texas legislature last year passed a separate trigger law that bans abortion except in cases when the mother's life is in danger. The law which defines life as beginning at fertilization, is set to go into effect later this summer.

At the traffic stop, Bottone was issued a $275 ticket for being a single occupant in an HOV lane. She said she's retained legal counsel and plans to contest the ticket in a court hearing scheduled for next week. 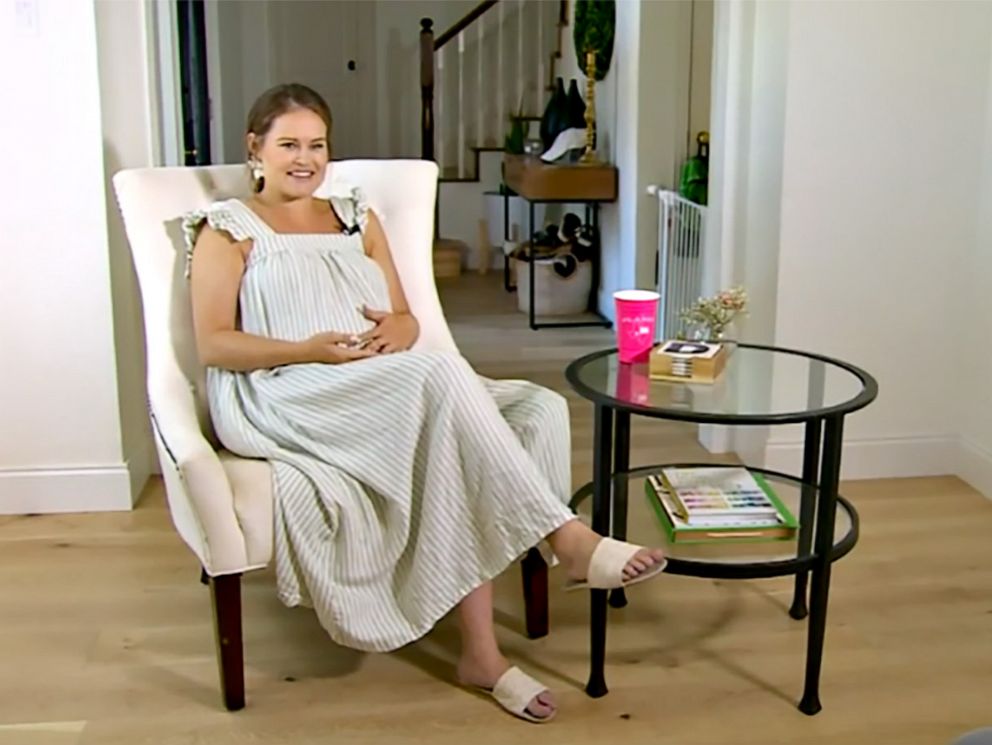 The Dallas County Sheriff’s Department, the department that issued Bottone's ticket, has not commented.

Bottone, whose story was first reported by the Dallas Morning News, said the laws she is referring to are the Texas Transportation Code, which does not specify an unborn child as a person, and the state's laws banning abortion, which refer to life as beginning at conception.

Bottone described herself as "pro-women" in the abortion debate, saying, "If that woman feels she needs to make a decision on her body, then that’s her prerogative. I have no rights to tell any woman what to do with their bodies.”

As her story has gone viral, Bottone said it was not her intention to open a "can of worms," but added she's glad her case has sparked a national discussion. 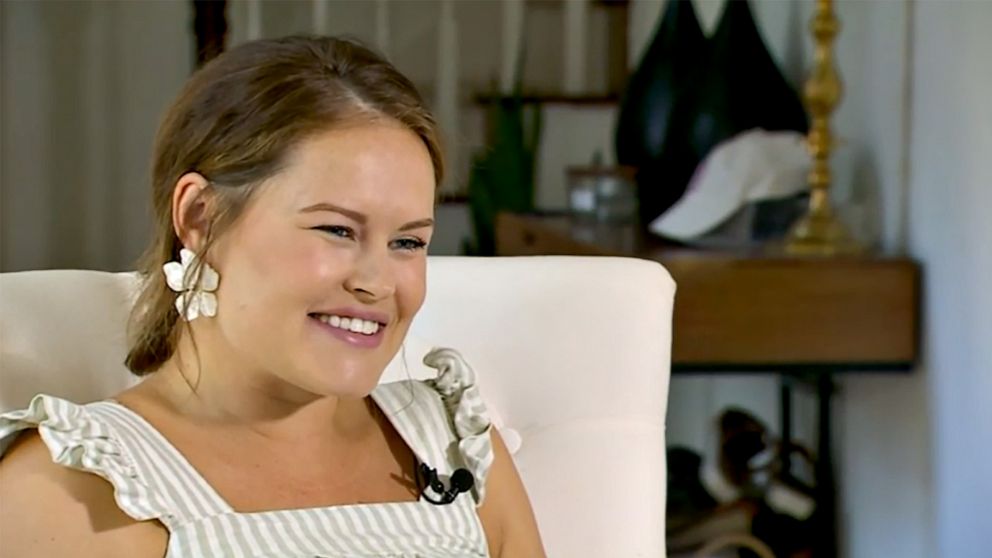 "There is a lot of ambiguity ... and that will have to be answered in some sort of fashion," she said, adding of lawmakers, "They really need to take the time to sit down and make sure that things are thought through when passing all these laws. It's a domino effect."

The 'tip of the iceberg' in the fight for rights

Since 2003, Texas has included fetal personhood language in its penal code, which recognizes an unborn child as being an individual “at every stage of gestation."

Amy O'Donnell, director of communications for Texas Alliance for Life -- an organization that supports restrictions to abortion access and supported the law that added fetal personhood language to Texas's penal code -- said that under the code, if a pregnant woman is in a car accident and their unborn child is killed, the death could be prosecutable.

In Bottone's case of contesting an HOV ticket due to a pregnancy, O'Donnell said that while she recognizes Bottone's unborn baby as a person, she does not necessarily see it as a second passenger because of the "intent and purpose" of the HOV law in the state's transportation code.

"Each code covers different areas of the law," said O'Donnell. "Is it still an unborn baby in both situations, absolutely yes. We recognize that. But the purpose of an HOV lane is to carpool, vanpool or ride-share so does that unborn child currently fit within the realm of the law, not at this point in time in Texas."

O'Donnell said this case in particular opens the door to what she described as a "slippery slope."

"If we go down this road, if a passenger in an HOV lane that's riding in its mother's womb counts as a separate passenger, what does that mean for other passenger areas such as on plane," said O'Donnell. "If that pregnant woman gets on a plane and we want to recognize that unborn baby in the womb as a second passenger, does she then have to buy a ticket?"

According to O'Donnell, the purpose of giving personhood to unborn babies in state laws is to "protect unborn babies from injury or homicide."

Texas is one of around one dozen states in the U.S. that includes fetal personhood language in legislation restricting or banning abortion, according to Dana Sussman, deputy executive director of National Advocates for Pregnant Women (NAPW), a nonprofit organization that supports abortion rights.

Giving a fetus the same rights as a person is something that has long been used in the effort to limit abortion rights, according to Sussman. She said that now post-Roe, laws recognizing those rights will be able to be implemented for the first time.

"I think we are in a place where there are sort of untold and unknown applications of these laws," said Sussman. "Some of them rewrite not only the criminal code but also the civil code, so we're talking about issues surrounding child custody, taxes.

"I just think that there are so many potential ramifications for this that lawmakers did not even contemplate," she said.

Sussman cited examples such as pregnant people being able to be charged with things like child abuse both criminally and civilly before a child is born, or a pregnant person having to obtain permission to travel in the case of a custody dispute.

According to Sussman, between 1973, the year Roe v. Wade was enacted, and 2020, there have been over 1,700 cases in the U.S., in which fetuses were considered "victims of crime" by applying laws for things like child abuse, child neglect, murder, manslaughter and feticide.

"We've seen a dramatic increase in cases in recent years even before the [Supreme Court] decision," said Sussman. "And part of the reason why we're seeing that is because of the rise in the concept of fetal personhood and the ideology surrounding fetal personhood."

Mary Ziegler, a visiting professor of constitutional law at Harvard Law School and author of "Abortion and the Law in America: Roe v. Wade to the Present," said she sees the HOV case in Texas as the first of many such debates.

"This HOV lane case is really like the first example I've seen, but it's the tip of the iceberg. We're going to see a lot more of this," she said. "These laws are just beginning to go into effect."

In other examples, Ziegler said under some laws, fetuses could be included in the census count and as dependents on tax returns.

Both Ziegler and Sussman cited infertility treatments as one area that could also be impacted.

MORE: What the overturning of Roe v. Wade could mean for birth control access, maternal care

"There could be certainly IVF implications if every embryo is a separate and unique entity entitled to full constitutional rights," Sussman said. "That includes the right to life potentially. That includes bodily autonomy. So what does it mean for embryos that are frozen or are discarded? There are a lot of questions surrounding that."

Ziegler said it's important to remember the Supreme Court's overturning of Roe v. Wade does not include an "explicit guarantee" about rights. Instead, just as states now have the power to determine abortion rights, they can also decide whether to implement so-called fetal personhood rights in laws.

"States can ban abortion and say nothing about fetal rights," Ziegler said. "Some states may just say, 'Okay, we're going to ban abortion [rights] and then we're just going to quit. We don't want to open this Pandora's box about fetal personhood.'"