The rate of babies born premature in the United States has declined for the first time in six years, but experts warn it is not a cause for celebration, as a maternal and infant health crisis still exists.

Preterm birth rates in the U.S. decreased 0.1% from 10.2% in 2019 to 10.1% in 2020, according to a report published Monday by the March of Dimes, a nonprofit organization focused on improving the health of pregnant people and babies.

Even with the decrease, the U.S. -- where 1 in 10 babies are born premature -- maintained a "C-" grade for its preterm birth rate, according to the report.

And the report also found preterm births increased over the past year for Black and American Indian/Alaskan Native people, who are up to 60% more likely to give birth prematurely as compared to white women.

"I think it's really important to understand that around the issue of premature birth, we still have significant issues around health and equity, and we still have far too many women who are more likely to give birth prematurely than others," said Stacey D. Stewart, president and CEO of March of Dimes. "So we don't see this report card as a reason to really celebrate."

"It just means that we have a lot more work to do, especially in the communities that are most impacted," she said.

In addition to increases this year, the the rate of preterm birth for Black people has increased by nearly 8% since 2014, and by 11% for American Indian/Alaskan Native people, according to March of Dimes.

Preterm, or premature birth, is any birth that happens before 37 weeks of pregnancy have been completed, according to the Centers for Disease Control and Prevention (CDC).

Babies born premature have higher rates of death and disability including breathing problems, cerebral palsy, feeding difficulties, developmental delays and vision and hearing problems, according to the CDC.

MORE: Lawmakers try to change how people are supported after pregnancy loss

What causes a pregnant woman to deliver early is not always known, but risk factors include everything from a history of preterm birth to stress and substance abuse to socio-economic factors like being over the age of 35, having a low income and being Black, according to the CDC.

An emerging area of research has grown in recent years to look at why a pregnant person's race, especially Black and American Indian/Alaskan Native, plays a role, according to Mirella Mourad, MD, a maternal fetal medicine specialist and co-director of the Preterm Birth Prevention Center at NewYork-Presbyterian/Columbia University Irving Medical Center.

"We are just starting to delve into understanding why women of color are at increased risk, where before it was just a risk factor," she said. "Now we can with confidence say that discrepancies in socio-economic status or baseline health, education level, do not explain the entire picture."

Mourad continued, "That's kind of a good conclusion face to reach, so that we can focus on other factors and things that have recently become a big focus, like areas of racism-related stress and institutional systemic racism."

In addition to race, March of Dimes' report card also showed disparities in preterm birth rates based on where people live.

The rates of preterm births increased in 13 states, with Alabama, Arkansas, Louisiana, Mississippi, South Carolina, West Virginia and Puerto Rico earning an "F," meaning they had a preterm birth rate of 11.5% or more.

Only the state of Vermont earned an "A" grade with a preterm birth rate of 7.7%.

Overall, the southern states, Appalachia and pockets of western states have higher levels of vulnerability, according to the March of Dimes. 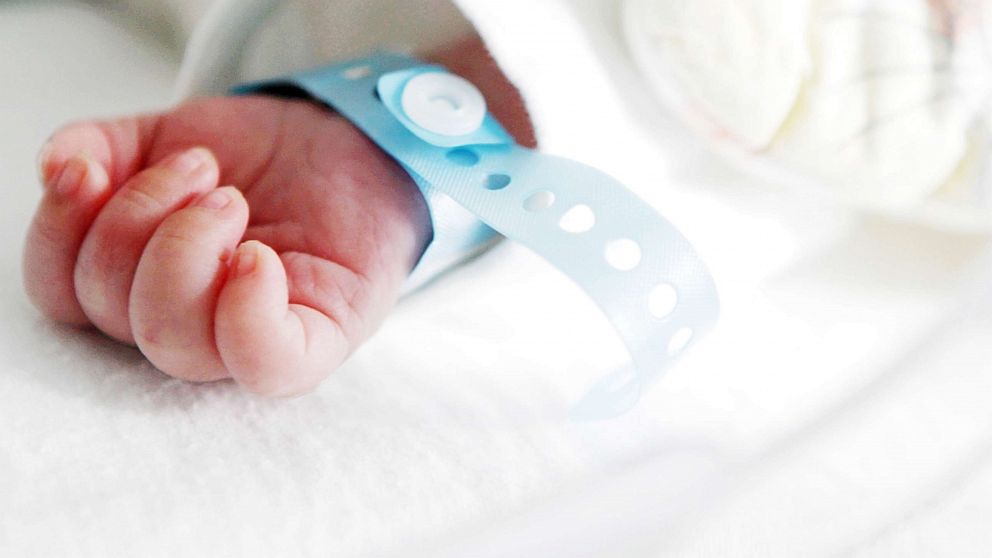 Stewart said the report card looks at social vulnerability, like where a person lives, because they can contribute to maternal health, which also plays a role in preterm birth.

This year's report card -- released annually in November, National Premature Awareness Month -- also looked for the first time at low-risk C-sections, defined by the March of Dimes as one that takes place when a pregnant person is at least 37 weeks pregnant and has not given birth before.

The low-risk C-section rate in 2020 in the U.S. was 25.6%, according to the report, around 10 points above the maximum of what the World Health Organization (WHO) considers the ideal rate for C-section births.

"We included information about low-risk C-sections as as a way of thinking about the overall state of maternal health," said Stewart, noting that C-sections are associated with increased risk of maternal morbidity and increased rates of NICU admission.

"The fact that the U.S. is considered the most dangerous developed nation in the world in which to give birth is very shocking and surprising to a lot of people," said Stewart. "One of the reasons we want to make sure that people have this information from the report card is to shine a brighter light on the fact that we have a lot of issues in this country, still even the wealthiest country in the world, with respect to maternal and infant health."

"It requires a lot more attention and awareness and action to make sure that every mom and every baby is healthy," she said.