Fewer and fewer women in the United States are giving birth, a rate that threatens future generations, new data suggests.

The total fertility rate in the U.S. -- the number of births that a woman is expected to have over her lifetime -- is at 1.73, an all-time low, according to data released this week by the Centers for Disease Control and Prevention (CDC).

The rate is well below the 2.10 births per woman needed for a generation to replace itself, according to the CDC.

The CDC did not offer an explanation for the declining family size.

The decrease in the number of children women are having may not be due to a single cause but a variety of factors, experts say. Possible reasons include women delaying childbirth until later in life, and then sometimes facing infertility, a lack of protections for moms in America and a drop in teen pregnancy rates and unwanted pregnancies.

"The bottom line is the size of the American family has changed a lot over time, for historical reasons and societal factors," Dr. John Santelli, professor of population and family health at Columbia Mailman School of Public Health, told "Good Morning America." "Parents have to have two kids to replace themselves in the next generation."

(MORE: When freezing your eggs does not work: What women should know)

The birth rate for females ages 15 to 19 fell seven percent in 2018, according to the CDC.

The increase among women in their late 30s, 40s and 50s is the data people should pay the closest attention to, according to Alison Gemmill and Donna Strobino of the Johns Hopkins Bloomberg School of Public Health.

They argue the current total fertility rate low is not a reflection that women are not having as many children, just that they are having them later in life.

"The fertility declines that we’re observing now is because there’s a shift when women have their births and that artificially displays the measure the data is showing," said Gemmill, Ph.D., assistant professor of population, family and reproductive health. "The women are going to have children, just later in life."

"We're seeing more and more women pursue higher education and enter the job market and establish a career before they have children," added Strobino, professor and Vice-Chair of Education at the Bloomberg School of Public Health. "So you're seeing a change that is dramatic, but over time, we expect [it to be] much less dramatic." 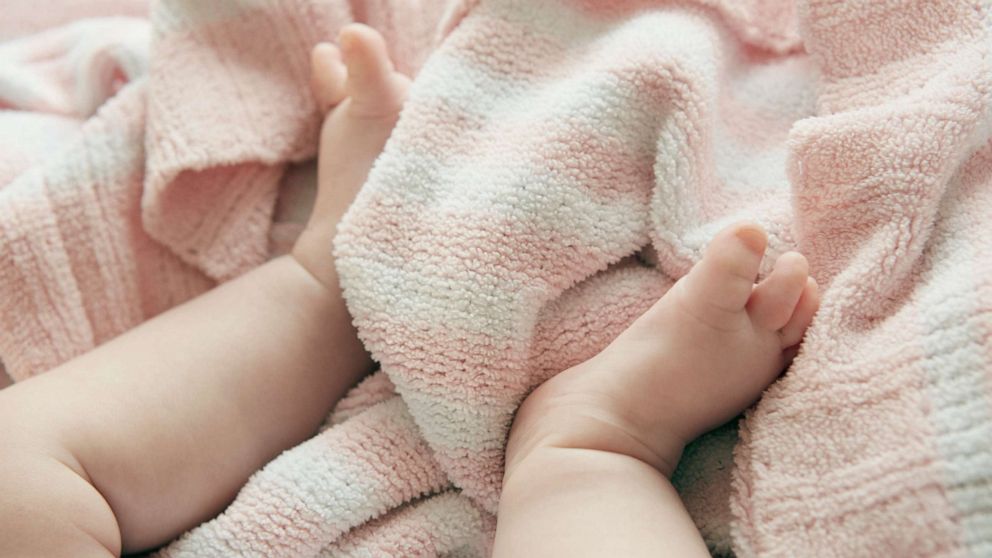 Even with a shift in the timing of childbearing, the historical decline in the total fertility rate in the U.S. shows a change in fertility behavior, i.e. women having fewer children, Brady Hamilton, Ph.D., a National Center for Health Statistics natality expert, told "GMA."

Women delaying childbearing until age 35 or older, an age when women are classified by doctors as of "advanced maternal age," does increase their risk of not being able to have a child.

The older a woman gets, both the quantity and quality of her eggs decreases, doctors say.

Though more and more women are getting pregnant in their 40s and 50s thanks to better research and technology, there are still many women who experience infertility after delaying childbearing.

Overall, across all ages, over 6 million women in America struggle with infertility, according to the U.S. Department of Health and Human Services.

For women who can have a baby and choose to work outside the home, there are few protections, which offers little incentive for women.

"If lawmakers want to increase the birth rate -- I don’t think that’s a national goal, but if they do -- they need to provide some support to women and families like paid family leave and daycare," Santelli said. "France has a higher fertility rate now than the U.S. and it’s because they provide lots of support to families."

The U.S. does not even rank in the top 10 in an annual listing of the best countries for women released by U.S. News and World Report.

While the U.S. ranked 16th in last year's list, the top spot goes to Sweden, where moms, and dads, are entitled to 480 days of paid parental leave.

The U.S. is the only country among 41 industrialized nations that does not mandate paid maternity leave, according to data from the Organization for Economic Cooperation and Development (OECD).

Just 15% of all private workers have access to paid family leave, according to data from the U.S. Bureau of Labor Statistics (BLS). More than 2 million federal government employees will get paid parental leave for the first time under a new bill that President Donald Trump has indicated he will sign.

Add rising medical, housing and education costs to the equation and it's clear that having a child in the U.S. is a costly and stressful venture.

It is also not a burden that women should feel they have to carry, according to Santelli.

"It's nuts to blame women," he said. "Women make choices that are good for them and their families."

"I don’t think we should expect women to bear more children for the country, Santelli said. "And the population of the U.S. is not shrinking, so we should not panic about these things."