The reproductive years for women in the United States may be increasing, according to a new study.

On average, the reproductive years for women increased from age 35 to 37.1, according to the study published Wednesday in the Journal of the American Medical Association.

The age of 35 has for decades been regarded in the medical community as the age when women's reproductive systems slow down and it becomes more difficult to have and sustain a pregnancy. Women who become pregnant at age 35 and above are considered of advanced maternal age and face risks including miscarriage, genetic abnormalities, fetal growth issues, preterm birth, preeclampsia and stillbirth, experts say. 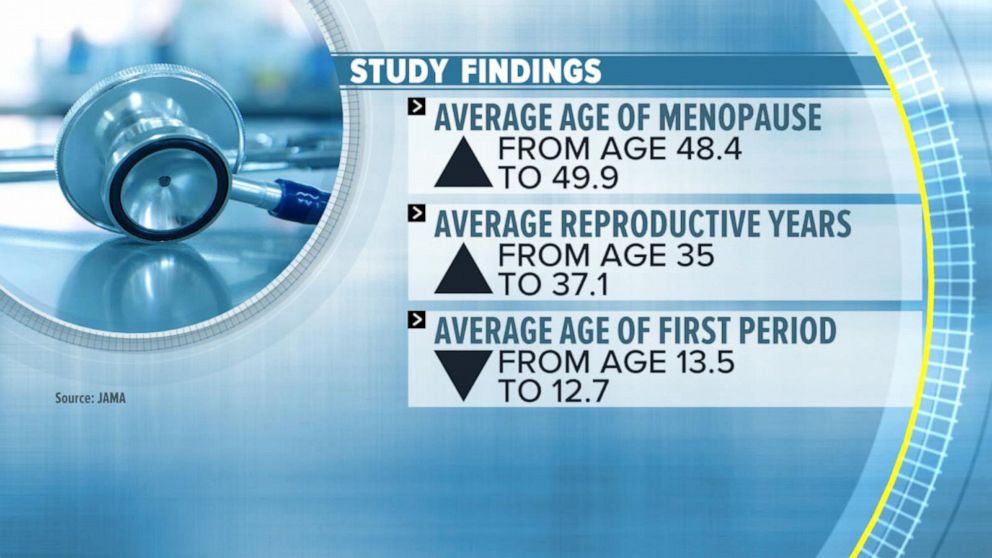 ABC News
A new study tracked the timing of some major reproductive milestones over a woman's life.

The data showed that average age of menopause for women increased, from 48.4 years to 49.9. And the age that a girl got her first period dropped slightly, on average, from 13.5 years to 12.7.

MORE: What women should know about their reproductive system as they age

"These are important numbers," said Dr. Jennifer Ashton, ABC News chief medical correspondent and a board-certified OBGYN. "It's good to get a grip on what's happening over a woman's reproductive life."

The changes in women's reproductive life spans could have potential implications for cases of both heart disease and cancer in women, according to Ashton.

MORE: I went through menopause before I turned 40 and this is what I want women to know

She said the broadening of the life span could mean a slight decrease in cardiovascular disease among women, but could raise the risk of breast cancer, ovarian cancer and endometrial cancer, also known as hormonally responsive cancers.

"The more hormonal stimulation [there is] across a woman's lifetime, those cancers can go up," explained Ashton.

The milestone reproductive moments in women's life spans also come with side effects, which range from mild to severe, according to Ashton. 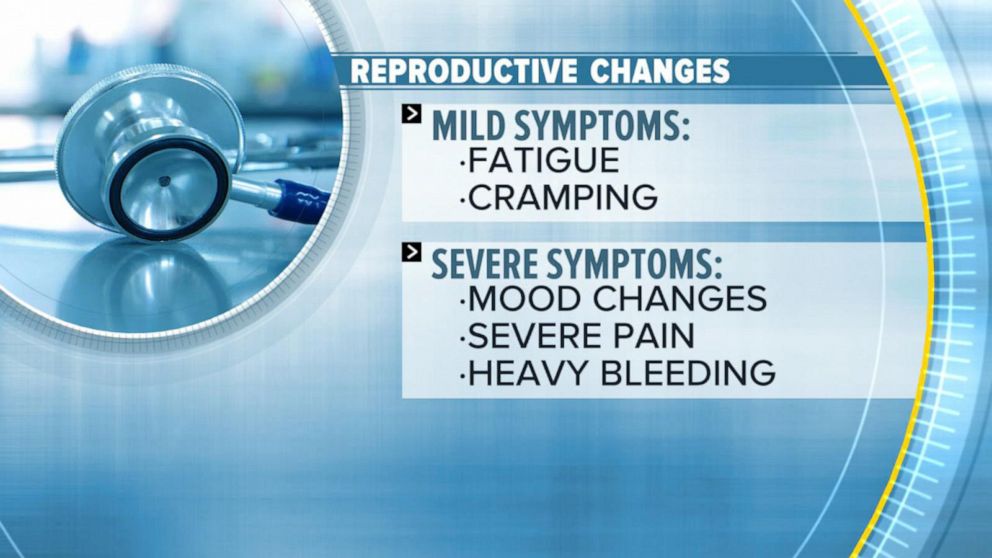 ABC News
A new study tracked the timing of some major reproductive milestones over a woman's life.

The side effects can range from fatigue and cramping on the mild end to mood changes, severe pelvic pain and heavy bleeding on the more severe end, according to Ashton. Women may also experience irregular menstrual cycles, changes in sleep patterns, and hot flashes in the years leading up to menopause, which is when women stop having menstrual periods.

"We have to remember these milestones in life, while natural, can be problematic," she said. "There's a range of symptoms."