When Cathey Stoner gave birth to a baby boy last month, it was a miracle years in the making.

Stoner delivered the child after serving as a surrogate for her twin sister, Sarah Sharp, who could not carry a pregnancy after being diagnosed with choriocarcinoma, a rare and fast-growing cancer that occurs in a woman's uterus.

The newborn baby, named John Ryder Sharp and born on Aug. 18, is the biological child of Sharp and her husband, Richard.

"Her offering that to me was the biggest act of love that anyone's ever extended to me or my family," Sharp, 33, said of her sister carrying her child. "Surrogacy is a beautiful gift that you can give somebody and I will forever be grateful." 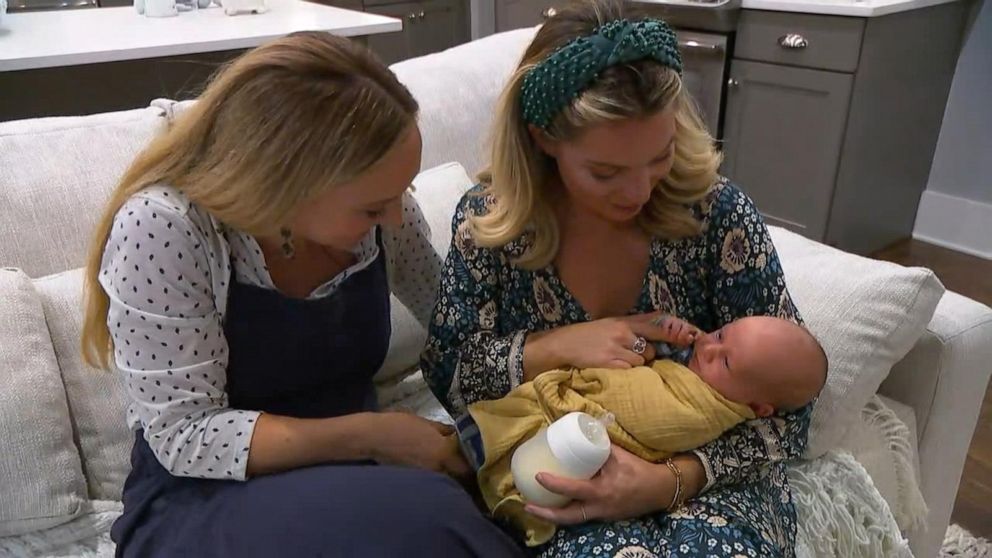 Sharp, who, like her sister, lives in the Nashville area, was diagnosed with choriocarcinoma in 2018, about one year after she gave birth to her now 4-year-old daughter Charlotte.

She underwent seven rounds of chemotherapy in an attempt to beat the cancer while also saving her uterus. She was declared cancer free in December 2018, but by her first checkup, in January, the cancer had returned.

MORE: I've been a surrogate for 5 families: Here's what I want people to know about the process

She began a new course of chemotherapy and also underwent a hysterectomy, which successfully removed the cancer but left her without the hope of giving birth to another child.

Just before Sharp underwent the hysterectomy, Stoner told her sister for the second time in her cancer battle that she would carry any future children for her.

"We kind of laughed a little bit again but for me, in the back of my mind, it was something to hold onto," Sharp told "Good Morning America" in June. "It was something to help me move myself forward mentally. It was hope and grace and the future all in one." 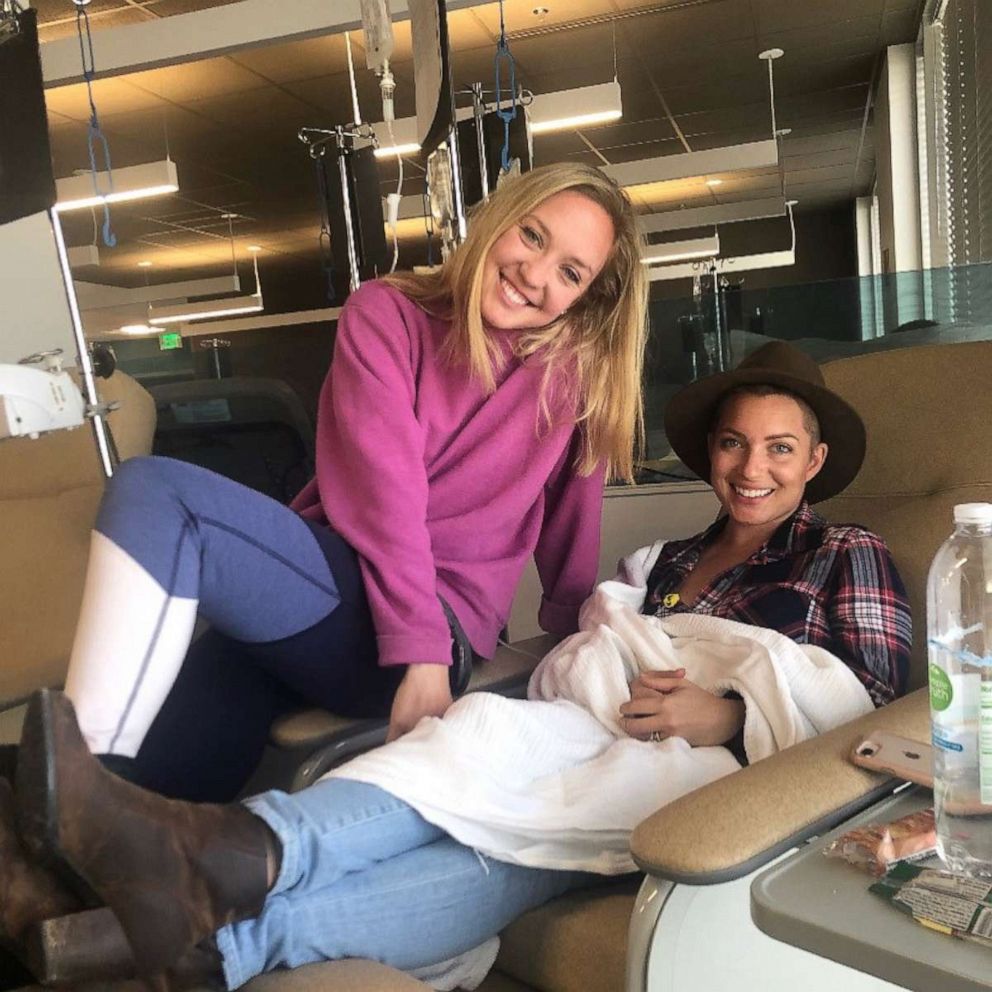 Once Sharp finished her cancer treatments, she prepared to become a mom again, and turned to her sister for help.

Stoner, mom to a 4-year-old son and a 6-year-old daughter, said she had no hesitation about helping her sister expand her family in any way she could.

"We decided to knock on the doors and see if they opened," Stoner told "GMA" in June. "There was a lot of waiting, but it went really smooth."

By the end of 2020, the two sisters, whose story is featured in the new issue of People magazine, were celebrating the news that Stoner was pregnant.

A post shared by TALK TO ME SISTER PODCAST (@talk2mesister_podcast)

"From the beginning I've felt differently in this pregnancy because I know it's my nephew and not my son, and I have loved every step of the way," said Stoner, who was the baby's gestational carrier. "I tell people, 'I'm just carrying my nephew.'"

"To be able to go to the doctor for such a happy reason is really healing for all of us," she added, noting that her sister was with her at every doctor's appointment during the pregnancy.

A post shared by TALK TO ME SISTER PODCAST (@talk2mesister_podcast)

When Stoner gave birth to her nephew, John Ryder, on Aug. 18, she was supported in the delivery room by Sharp and their two husbands.

"We feel so unbelievably honored to be his parents and raise him," said Sharp. "A lot of love brought him here."