This summer, American sprinter Allyson Felix will head to the Olympics for the fifth time, but it will be her first Olympics as a mom.

Felix was in fourth place in the final homestretch of the race but came back to score an Olympics berth with a season-best time of 50.02 seconds, according to ESPN.

"Man, it has been a fight to get here," Felix, a nine-time Olympic medalist, said during a post-race interview. "And one thing I know how to do is fight, so I just wanted to do that all the way home."

Immediately after the race, Felix was joined on the track by her 2-year-old daughter, Camryn. 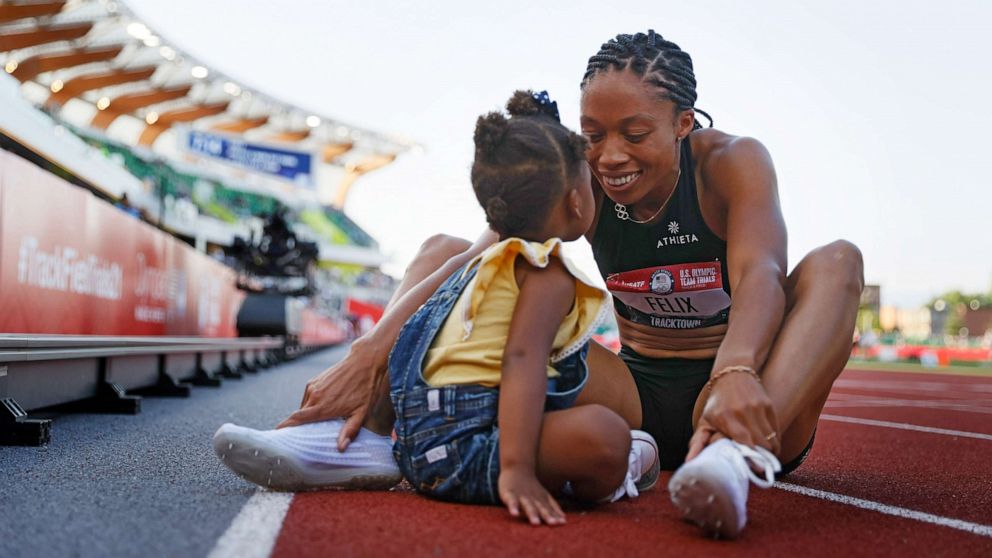 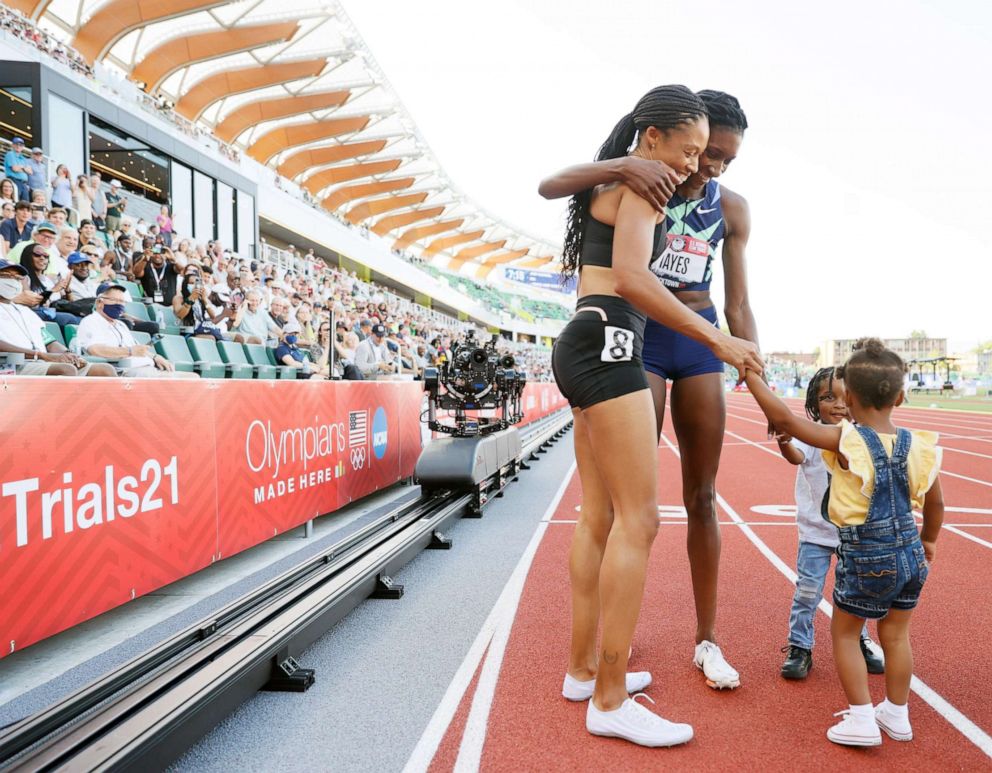 "Guys, we're going to Tokyo," Felix said to the toddlers.

"Can you say supermommies?" Hayes asked Hayes and Camryn.

A comeback as a new mom for Felix

Felix has said the Tokyo Olympics, which were delayed due to the coronavirus pandemic, will be her last.

The sprinter's comeback to win a spot in her fifth Olympic games is particularly impressive because of the life-threatening complications she faced while giving birth to Camryn in November 2018.

Just before giving birth, Felix was diagnosed with severe preeclampsia -- high blood pressure that typically occurs in women after the 20th week of pregnancy, according to the U.S. National Library of Medicine.

Felix's condition was discovered during a routine prenatal visit. She was immediately admitted to the hospital and underwent an emergency cesarean section at 32 weeks, after which her daughter spent a month in the neonatal intensive care unit.

Then one year after giving birth, in 2019 Felix left her former sponsor Nike after speaking out alleging that female track stars were penalized contractually by the brand for being pregnant. In May 2019, Nike said it would change its pregnancy policy and do more to protect female athletes' pay during and after pregnancy.

"Last year we standardized our approach across all sports to support our female athletes during pregnancy, but we recognize we can go even further," the company said in a statement in May 2019. "Moving forward, our contracts for female athletes will include written terms that reinforce our policy."

Felix has moved on and started a new chapter in partnership with Athleta, whose clothes she wore in the 400-meters race. Felix told "Good Morning America" last year the company supports her not only as an athlete, but also as a mom and an activist." 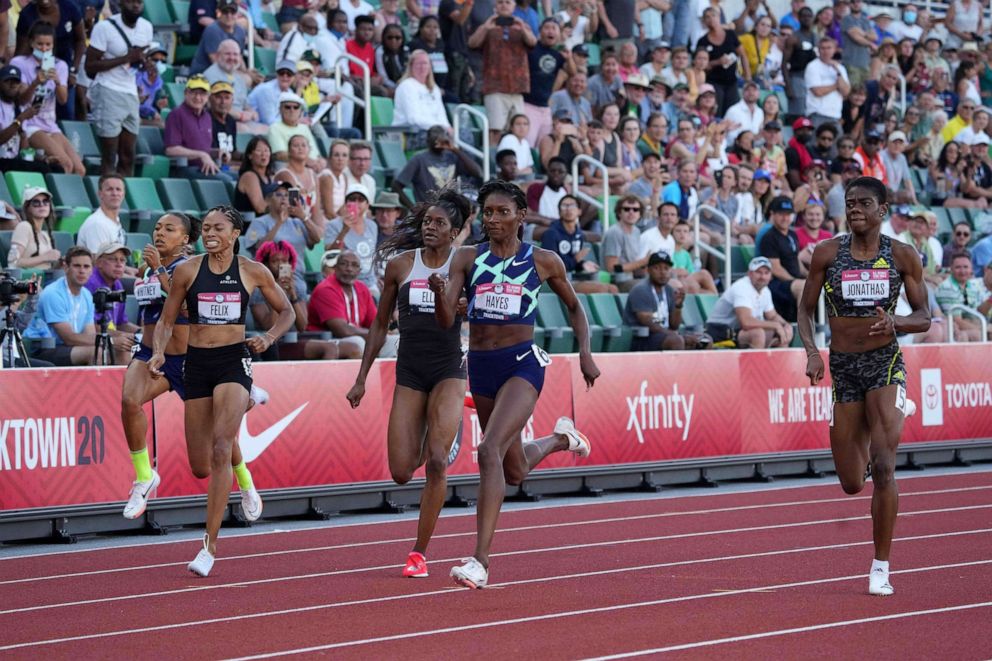 "That's what I was fighting for with Nike, just across the industry in general," she said. "To completely support [new moms] and allow them time to come back to be the best they can be, you know, the best outcome that they can be."

Earlier this year, Felix joined "Hear Her," a campaign launched by the Centers for Disease Control and Prevention to create public awareness of the warning signs of pregnancy emergencies to try to stop the ongoing public health crisis of maternal deaths in the United States.

About 700 women die in the U.S. each year due to complications related to pregnancy. Black women are three times more likely to die from these complications than white women, according to the CDC.

"Looking back, I wish I would have been better informed about potential warning signs and talked to the doctor about those symptoms," Felix said in a statement in March. "I really want women to have information, to know if they're at risk, to have a plan in place, to not be intimidated in doctor's offices, and to feel empowered to speak up when they have concerns."