Olympic sprinter Allyson Felix is lending her voice to educate people about life-threatening pregnancy complications after facing her own potentially deadly experience when she gave birth to her daughter in November 2018.

Felix, whose daughter, Camryn, was born via emergency C-section at 32 weeks, has joined "Hear Her," a campaign launched last year by the U.S. Centers for Disease Control and Prevention (CDC) to create public awareness of the warning signs of pregnancy emergencies to try to stop the ongoing public health crisis of maternal deaths in the United States.

About 700 women die in the U.S. each year due to complications related to pregnancy. Black women are three times more likely to die from these complications than white women, according to the CDC.

In joining the "Hear Her" campaign, said she Felix plans to focus her efforts on raising awareness around the disproportionately poor pregnancy outcomes for Black women. 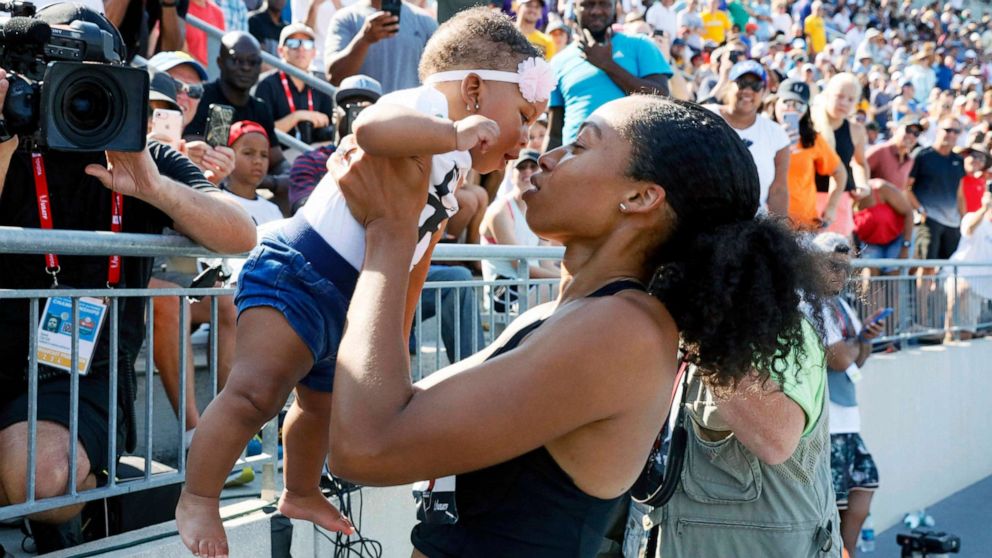 Just before giving birth to her own daughter in 2018, Felix, now 35, was diagnosed with severe preeclampsia, high blood pressure that typically occurs in women after the 20th week of pregnancy, according to the U.S. National Library of Medicine.

Felix's condition was discovered during a routine prenatal visit. She was immediately admitted to the hospital and underwent an emergency C-section, after which her daughter spent a month in the neonatal intensive care unit (NICU).

“Looking back, I wish I would have been better informed about potential warning signs and talked to the doctor about those symptoms,” she said in a statement. “I really want women to have information, to know if they’re at risk, to have a plan in place, to not be intimidated in doctor’s offices, and to feel empowered to speak up when they have concerns."

Felix -- who was later part of a group of female track stars who alleged they were penalized by Nike for being pregnant -- is sharing her pregnancy story through a public service announcement for the "Hear Her" campaign.

"The thing that we understand is Allyson Felix is an elite track athlete. She has made incredible accomplishments as an Olympian," Dr. Wanda Barfield, a doubled board-certified pediatrician and neonatologist, and the director of the Division of Reproductive Health (DRH), the CDC division that’s in charge of "Hear Her," told ABC News. "But people who have had this incredible experience, who are taking care of their bodies as well, can also fall vulnerable to complications of pregnancy."

"We were really excited that [Felix] was willing to share her story and really raise awareness so that all women understand there are urgent warning signs of pregnancy-related complications," added Barfield. 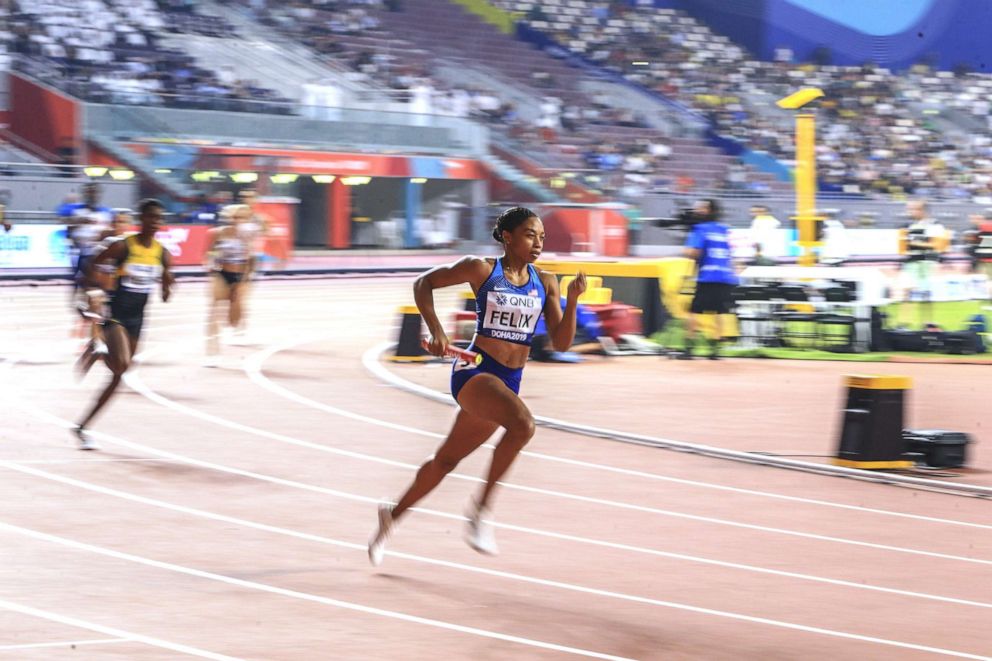 In addition to sharing warning signs women should know, the "Hear Her" campaign emphasizes communication between women and their families, friends and health care providers.

According to the CDC, the most severe complications of pregnancy affect more than 50,000 women in the U.S. every year.

General warning signs pregnant people should pay attention to include a headache that worsens over time or won't go away, changes to vision, a temperature above 100.4 degrees Fahrenheit, extreme swelling in the face and hands, dizziness or fainting and psychological symptoms like thoughts about harming yourself or your baby or feeling sad, hopeless or not good enough, according to Barfield.

"It isn’t that every person needs to know all of these in detail," she said of the warning signs. "But they need to know that if they don’t feel something is quite right, that they should feel empowered to talk with someone, with their [healthcare] provider about it."

Despite having one of the world's most advanced health care systems, the U.S. has the highest rate of maternal mortality among developed nations and the rate has steadily risen for nearly 40 years, according to the CDC.

Last December, near the end of the Trump administration, the Department of Health and Human Services (HHS) unveiled a new plan with three key targets aimed at improving maternal health in the U.S. by 2025: Reducing maternal mortality rate by 50%, reducing low-risk cesarean deliveries by 25% and controlling blood pressure in 80% of reproductive age women.

MORE: Black mothers are twice as likely to die in childbirth. Now, there's a government plan to combat maternal mortality.

Barfield said her mission, with the help of initiatives like the "Hear Her" campaign, is to reduce the maternal mortality rate in the U.S. to zero.

"There really is no acceptable rate of maternal mortality," she said. "We really need to think about how we can avoid this from ever happening."

ABC News' Danielle Genet and Alexis E. Carrington, M.D., a dermatology research fellow at the University of California, Davis in Sacramento, California, and a contributor to the ABC News Medical Unit, contributed to this report.