While the 24 remaining women find Matt James intoxicating, on Tuesday's edition of "The Bachelor," the atmosphere among the women after the first rose ceremony had quickly grown toxic.

Host Chris Harrison delivered the first date card and warned the ladies that, due to the unusual number of contestants, some of them wouldn't be going on a date with Matt.

Bri, the 24-year-old communications manager from San Francisco, nabs the first one-on-one -- an adventurous date where she is able to go four-wheeling through the countryside with Matt, followed by a romantic soak in a wood-fired hot tub.

Later, the two bonded over their shared stories of growing up in single-parent households, leading them to gravitate toward friends whose home lives resembled "what a family should look like," and their mutual desire to have big families. After getting the date rose, she and Matt experience both literal and figurative fireworks. 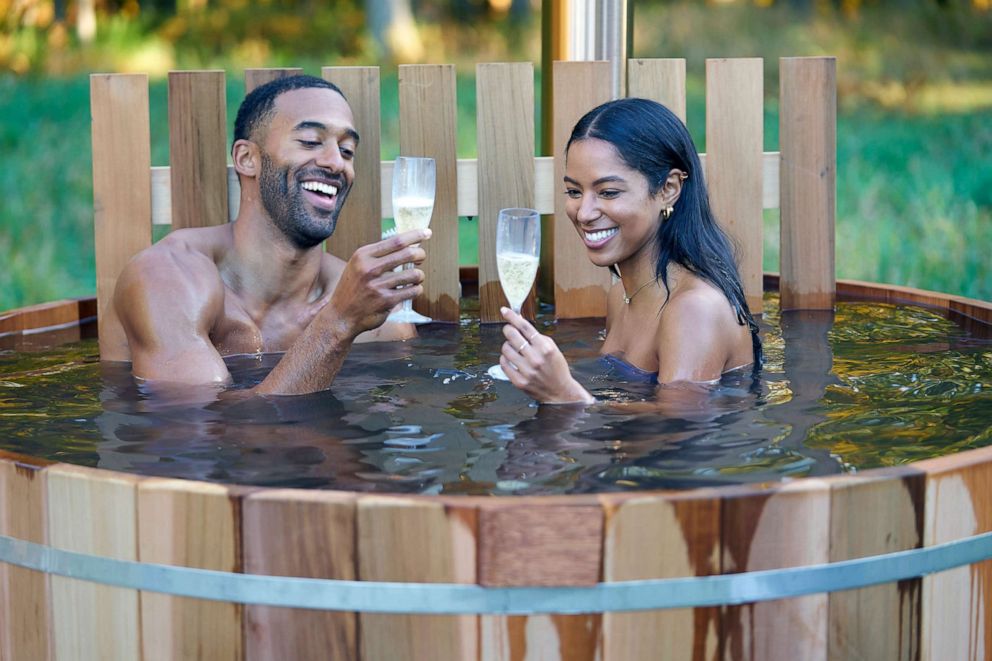 Craig Sjodin/ABC
Matt James and Bri appear on a date during an episode of "The Bachelor."

Meanwhile, the other women were putting on their best faces, while secretly feeling the pressure of possibly not getting the all-important time with the Bachelor. However, Victoria, the 27-year-old from Los Angeles who refers to herself as a "queen," wasn't having any of the other ladies' "girl power b------t." Her endless complaining over being passed over for the first date was beginning to grate on the women, particularly Victoria's roommate, Marylynn, whom she accused of "insulting her character."

The argument ended with Victoria opting to sleep on the sofa, rather than share a bedroom with Marylynn.

The largest group date in "Bachelor" history found 18 women dressing up for a wedding photo shoot, with Matt as the groom kissing his brides.

However, halfway through the photoshoot, they were interrupted by Harrison, who informed them that those beautiful wedding dresses were about to get "trashed," as they were split into teams that would take part in a game called "Capture Matt's Heart." 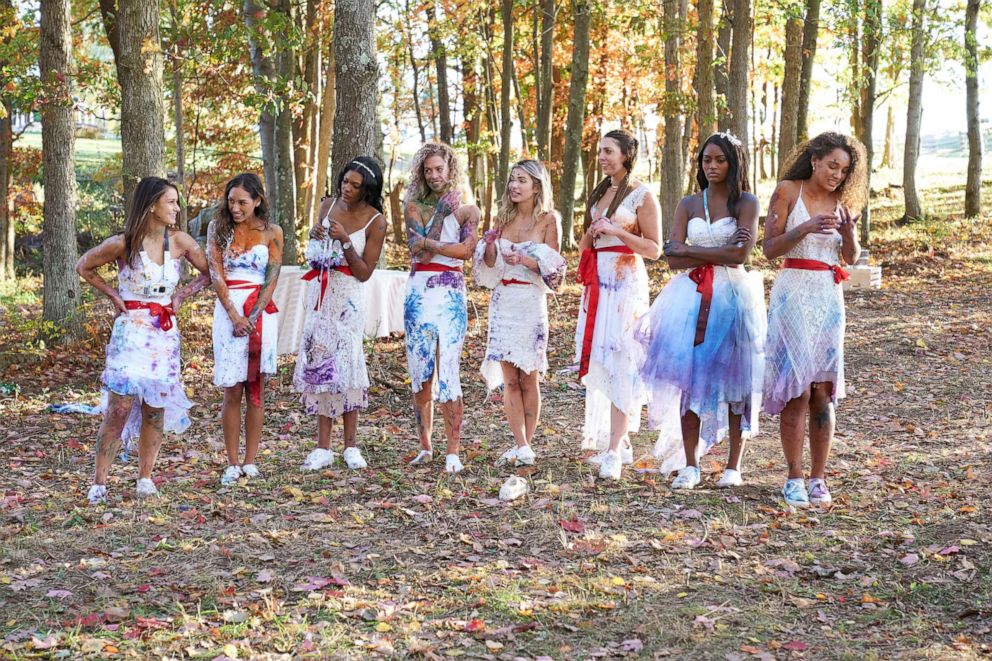 Craig Sjodin/ABC
An episode of "The Bachelor."

The winning team -- which included Mari, Rachael, Katie, Victoria, Lauren, Jessenia, Serena P., Khaylah and MJ -- got to spend the evening with Matt, while the others headed back to their rooms.

Victoria, who confessed to Matt that she had her insecurities despite coming off as confident, said she felt good about her chances of getting the coveted date rose.

MORE: 'The Bachelor' star Matt James on advice his mom gave him on finding love

However, that honor ended up going to Lauren, who earlier had told Matt she was looking for "a man of faith." Matt revealed that, while he didn't tend to bring religion up in conversations, he shared the same values.

Down, but not out, Victoria vowed to make up for the loss at the pre-rose ceremony cocktail party, leaving the others to wonder what she had up her sleeve. 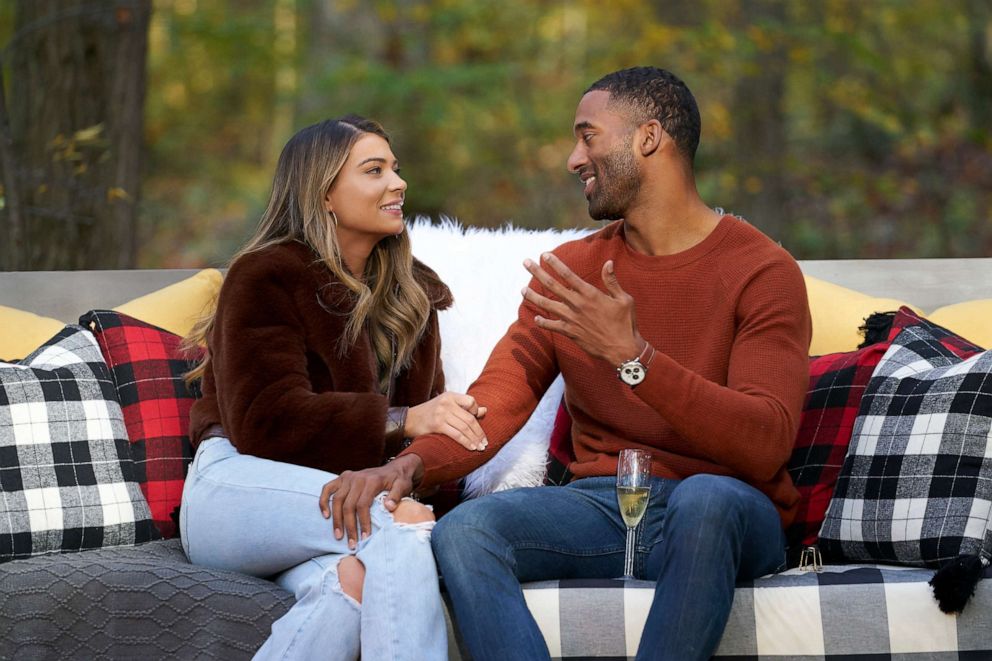 Craig Sjodin/ABC
Matt James and Sarah appear on a date during an episode of "The Bachelor."

Bu first, there was another one-on-one date -- this time with Sarah, a 24-year-old from San Diego, who joined Matt for a thrilling ride aboard a 1930s biplane.

After an amazing day, Sarah revealed that her father is struggling with ALS -- or Lou Gehrig's disease -- a progressive neurodegenerative disease that leaves its victims unable to move or speak. Sarah, who left her job as a broadcast journalist to care for her dad, struggled with the idea of leaving his side to be on "The Bachelor," and only agreed to participate because he wanted her to "find love."

Sarah's "honesty," as well as her "big" heart, was "all the reassurance" Matt needed to make up his mind about offering her the rose.

Leading up to the rose ceremony, Victoria amped up the drama between her and Marylynn by telling Matt that the 28-year-old event coordinator from Studio City, California, was "toxic," which Marylynn denied. That left Matt having to decide which of the two women he believed. 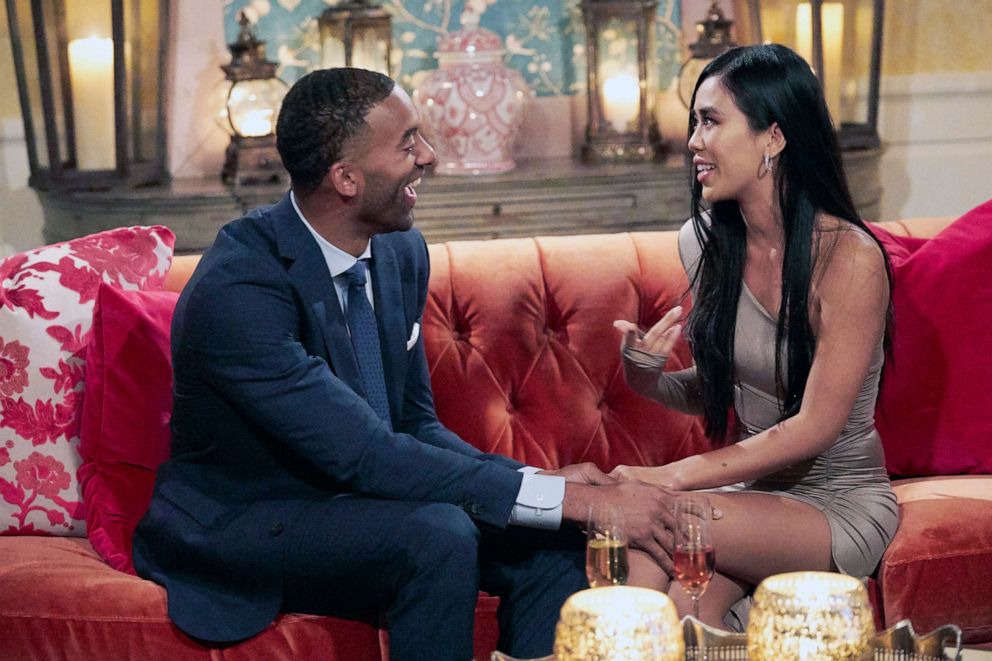 Craig Sjodin/ABC
Matt James and Marylynn appear on a date during an episode of "The Bachelor."

After trying in vain to clear the air with Victoria, Marylynn was left in tears, while the others -- frustrated over missing precious time with Matt ahead of the ceremony -- expressed their contempt with Victoria and the stunt she pulled.

The episode ended with a cliffhanger when the rose ceremony was abruptly halted because Sarah nearly blacked out and had to be escorted out of the room, requiring medical attention.

"The Bachelor" returns Monday at 8 p.m. ET on ABC.