Christian Pulisic is poised to become a household name as the U.S. men's national soccer team prepares to take the field against Wales for their first World Cup match in eight years.

Ahead of his World Cup debut, Pulisic spoke to "Good Morning America" about the international tournament and what it means to be on this stage four years after the team failed to qualify.

"My No. 1 dream was to play for Team USA in a World Cup. So you can imagine, when that really hit, that we wouldn't be there, I couldn't understand why it happened. I was obviously so upset, so emotional," he said. "But, you know, looking back on it, that motivated me that much more."

MORE: Why the Qatar soccer World Cup is so controversial

He continued, "It's all in front of us, all that to play for and being in a World Cup. I still just can't wait for that feeling."

The 24-year-old all-world forward from Hershey, Pennsylvania, is on pace to score the most goals in U.S. men's national team history.

"I think they should expect a very hungry team, a young team, and one that's just willing to go to battle and do anything that we can to win," Pulisic said. 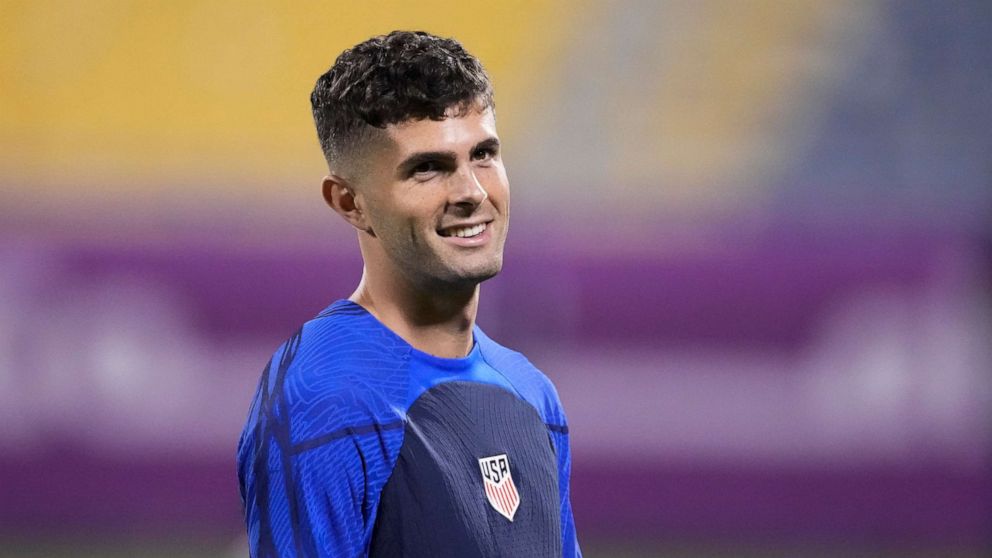 Ashley Landis/AP
Forward Christian Pulisic of the United States, participates in a training on the eve of the group B World Cup soccer match between United States and Wales, at Al-Gharafa SC Stadium, in Doha, Qatar, Nov. 20, 2022.

The 12-year run-up to this World Cup has been fraught with human rights abuse allegations against host country Qatar and accusations that some officials from FIFA, world soccer's governing body, took bribes to vote in favor of Qatar's host bid.

"We’re not the United Nations, we’re not the world police, we are not, I don’t know, the blue helmets. The only weapon that we have is this, it’s the ball," FIFA President Gianni Infantino said in part of a lengthy defense on the eve of the tournament.

On Sunday, Qatar became the first host country to lose an opening match when they fell 2-0 to Ecuador.

Pulisic, a prodigy who began playing in Europe's best leagues as a teenager, will lead the young American squad with dreams of World Cup glory.

"I like the quote, 'If you play for the badge on the front of your jersey, people remember the name on the back,'" Pulisic said.

"I think being American, it means something to a lot of people around the world," he continued. "That's why every time I put on that jersey, I hope that I can inspire people back home. I hope that they can watch and say, 'You know what, this kid is fighting. He's giving everything that he has. If he can do it, I can do it, too.' And at the end of the day, for me, that's what it means to be American."