"Dancing With the Stars" is foxtrotting back into our lives on Sept. 14, and "Good Morning America" is exclusively revealing the celebrities competing on season 29.

Baskin, for one, is ready to set the record straight after feeling "villain-ized" by "Tiger King."

Nelly, on the other hand, is "up for the challenge" despite it being a "different energy" than he's used to.

10:54
"GMA" announces the full list of stars who will be battling it out on the dance floor this season on "Dancing With the Stars."

Each of these 15 famous faces hoping to win big will be paired up with their very own pro, who will help them along their "DWTS" journey, during the premiere.

As for noteworthy pros for the 2020 edition, Britt Stewart has the distinction of being the series' first-ever Black female pro. 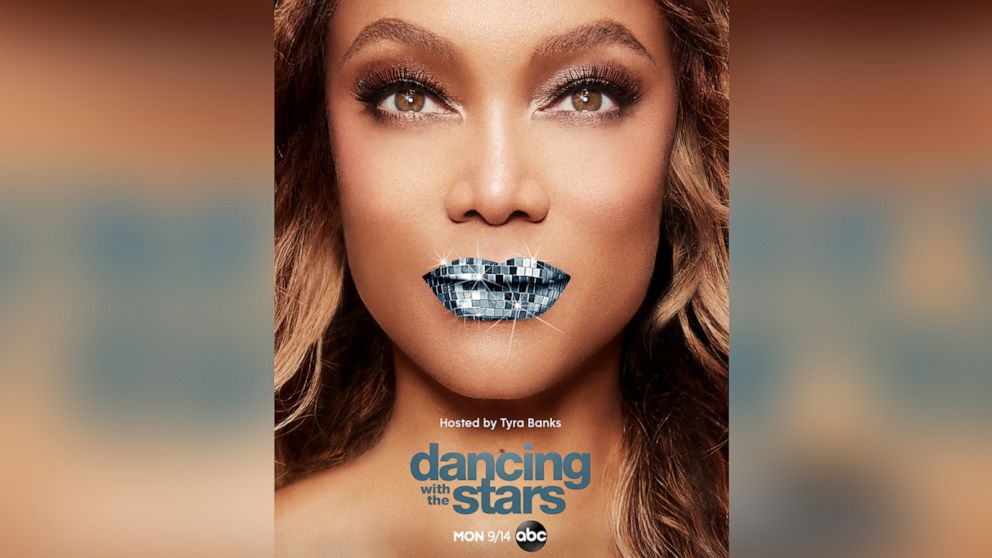 While there's no change when it comes to judges -- with Carrie Ann Inaba, Len Goodman and Bruno Tonioli returning -- there's a new face fronting the show.

Plus, there's a new rule requiring all pros -- even those who are married to another pro -- to be quarantined apart from one another. The goal of this precaution is to prevent the elimination of two pros and their celebrity partners should one test positive for COVID-19.

Scroll down to meet the celebs competing on "DWTS" season 29! 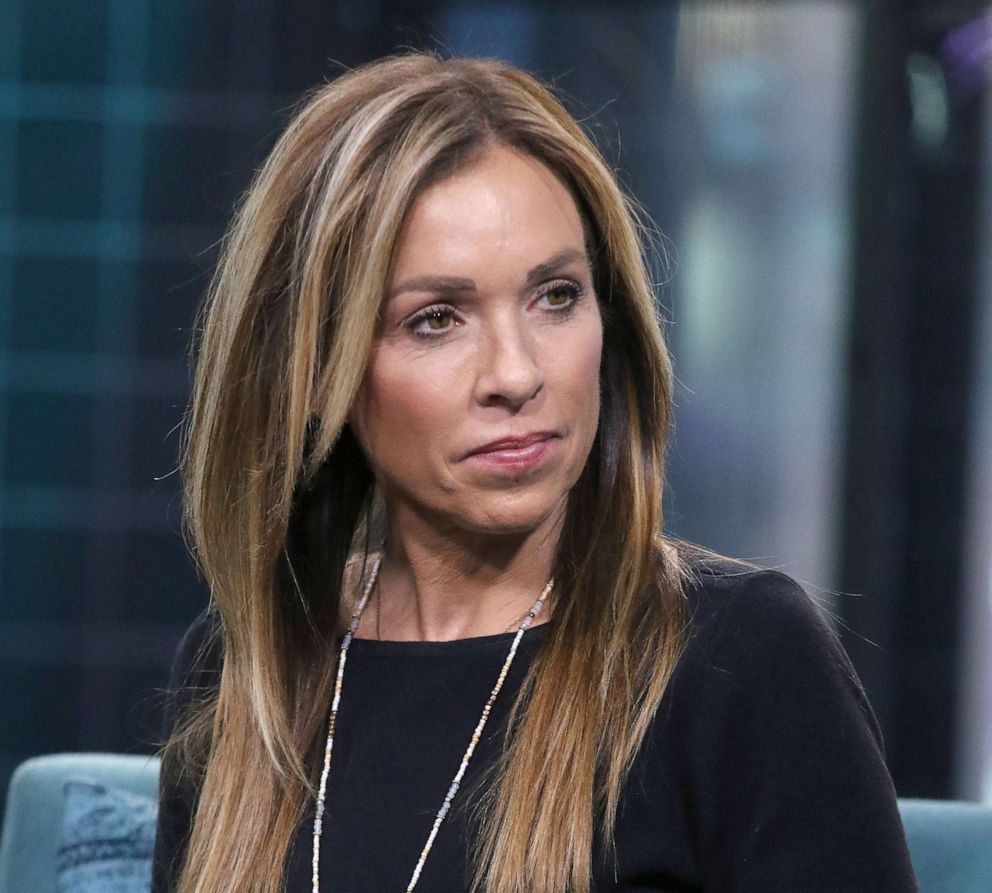 Monica Aldama, 47, is the coach of the Bulldogs Cheer Team from Navarro College in Corsicana, Texas. The team has won 14 NCA National Championships in the junior college division and recently rose to fame on the Netflix docuseries "Cheer."

"I have never done dance in my life. I've always done cheerleading," Aldama said. "And I've learned very quickly that it's completely different, and it's a whole different technique, so I have a long journey ahead of me. But I know how to work hard and I'm definitely going to bring that." 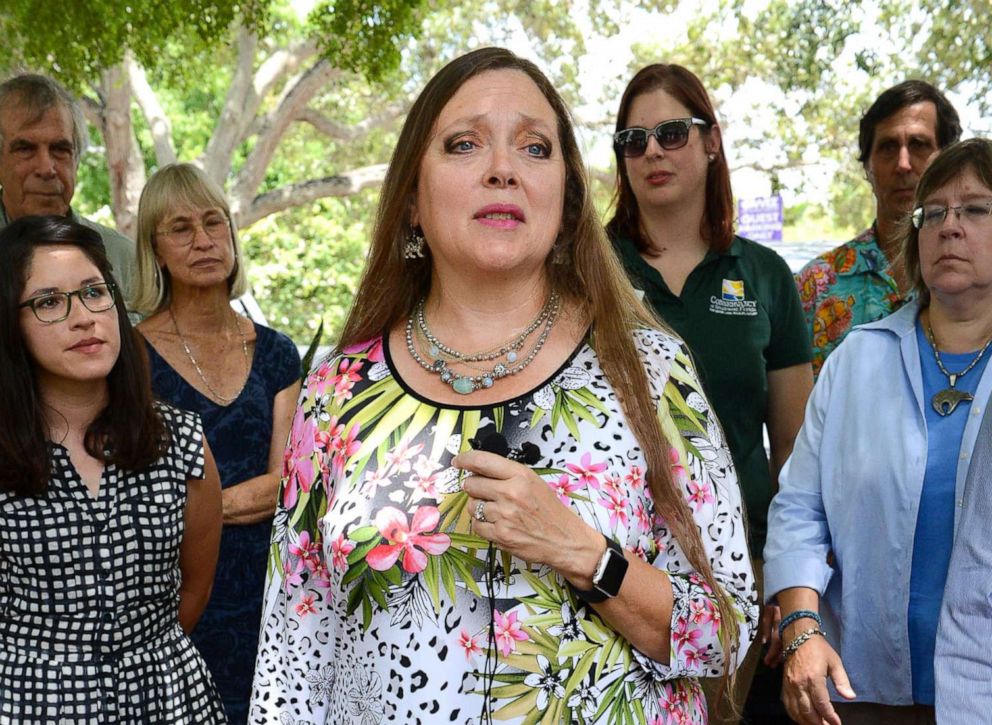 Rachel S. O'Hara/Herald-Tribune via the USA Today Network
Carole Baskin of Big Cat Rescue spoke during a news conference held out in front of the Hyatt Regency Sarasota that criticized state proposals dealing with black bears, Florida panthers and the use of state parks, June 26, 2015, in Sarasota, Fla.

Carole Baskin, 51, is a big-cat rights activist and the owner of Big Cat Rescue, a nonprofit animal sanctuary in Florida. Most recently, she was featured on Netflix's "Tiger King," which detailed her feud with the infamous Joe Exotic. 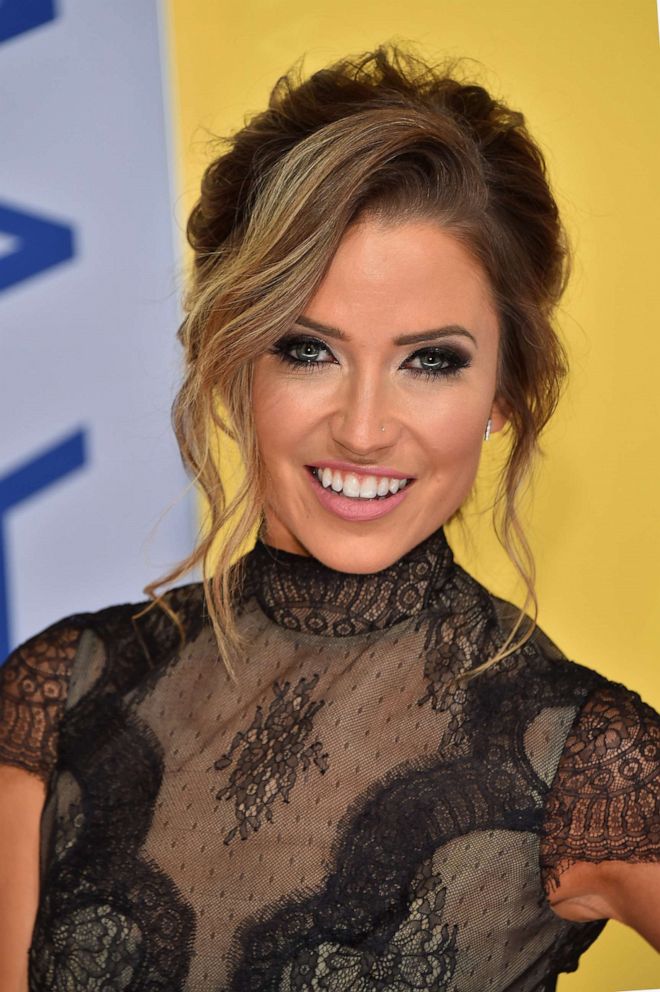 Kaitlyn Bristowe is best known as the lead for season 11 of "The Bachelorette," having previously competed on season 19 of "The Bachelor." After giving her final rose to Shawn Booth, they became engaged. The former couple later called it quits and now she is dating Jason Tartick. These days, Bristowe, 35, hosts her "Off the Vine" podcast and recently released her debut single, "If I'm Being Honest."

Bristowe's strategy? The reality star said she already has her eye on a few competitors and will be watching them closely. 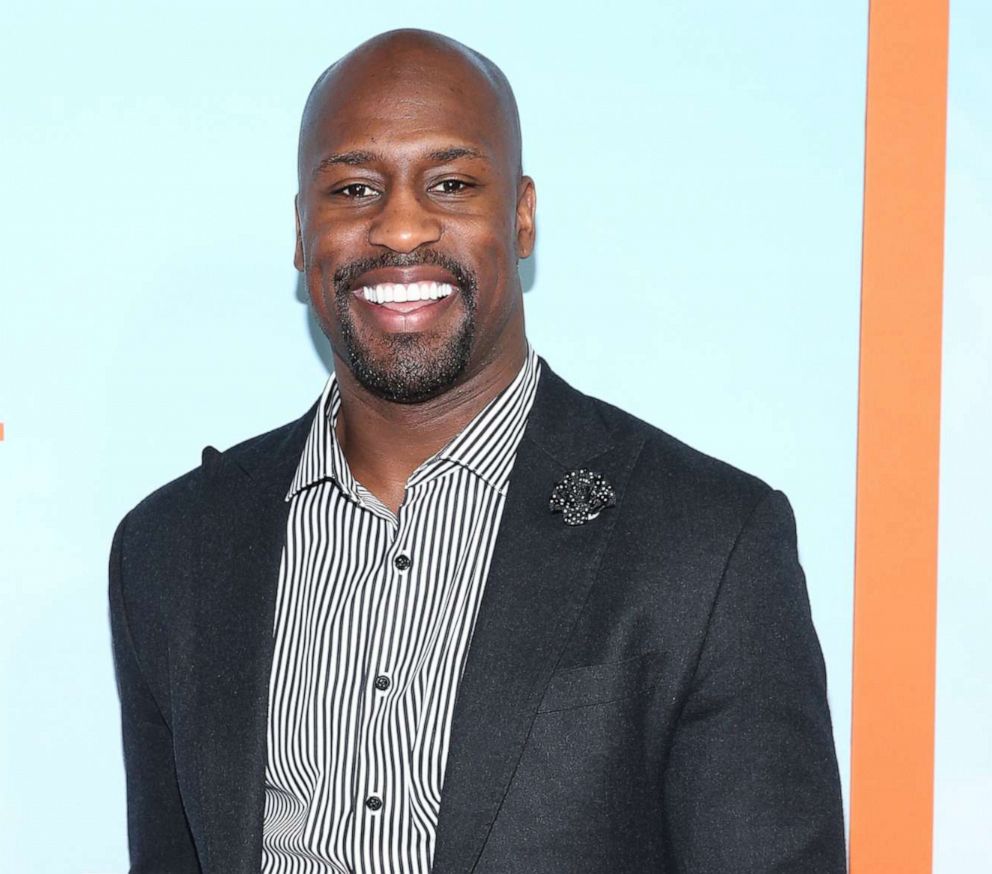 Vernon Davis is a former tight end who won Super Bowl 50 with the Denver Broncos. Having also played for the San Francisco 49ers, the New Orleans Saints and the Washington Football Team, Davis, 36, retired from the NFL in 2020.

Davis admitted he turned down the opportunity to join "DWTS" in the past, but he's looking forward to finally showing America what he can do on the dance floor.

"I'm ready to go. I passed it up, but I'm prepared now," he said. "I'm putting all the time and energy into it to make sure that I can be successful." 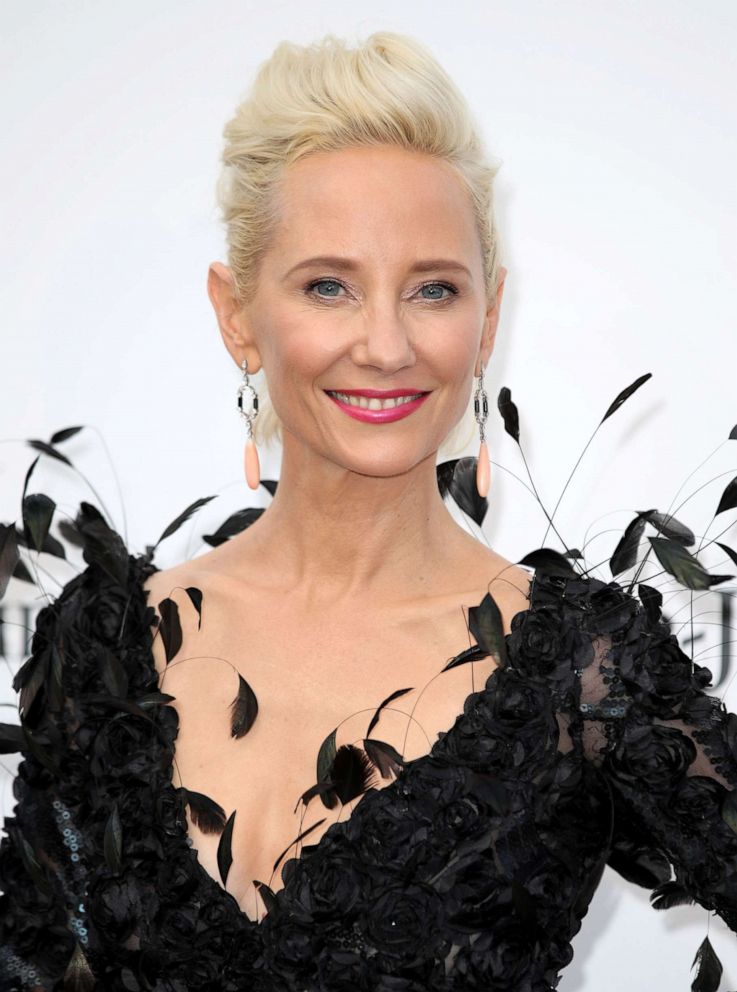 Anne Heche is an actress known for starring on the soap opera "Another World" as well as starring in films such as "Volcano" and the 1998 "Psycho" remake and TV shows such as "Men in Trees" and "Hung." Heche, 51, was nominated for an Emmy for the Lifetime movie "Gracie's Choice" and most recently seen on "Chicago P.D."

"My kids are beyond. They are so supportive," she said, adding that sons Homer and Atlas have only seen her dance with a broom. "They couldn't be more excited. It's pretty cool." 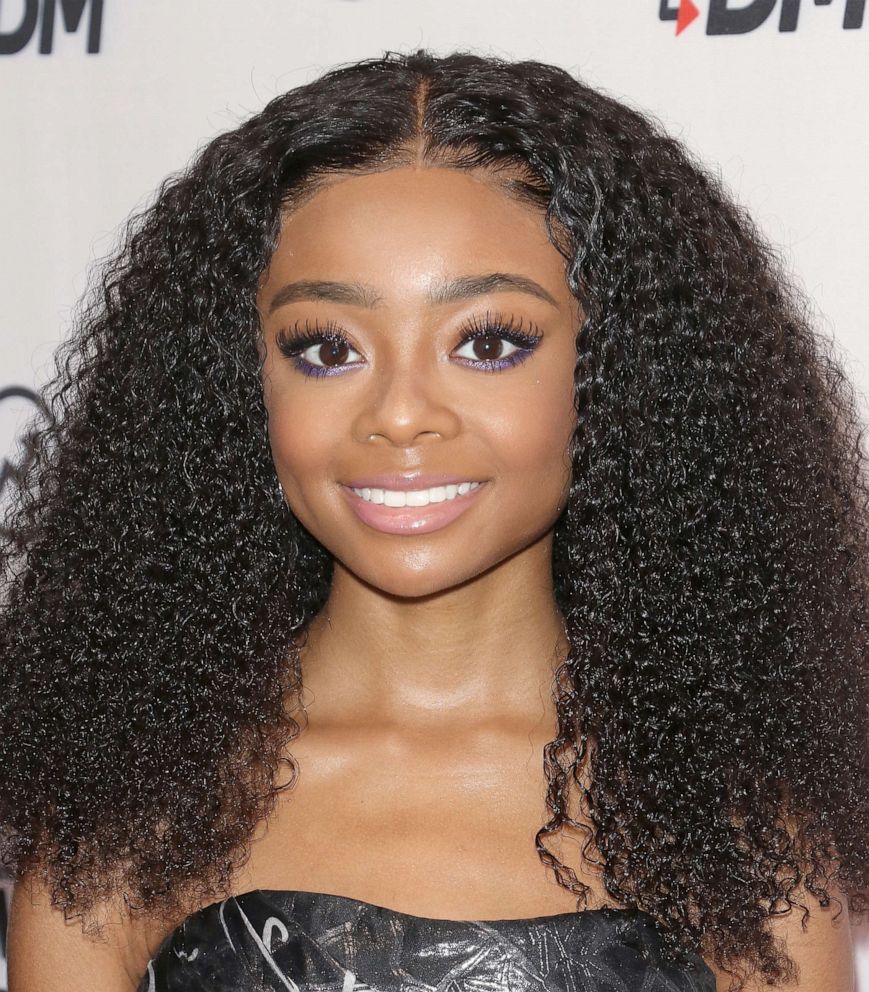 Skai Jackson is a Disney Channel alum who has played the role of Zuri Ross on both "Jessie" and "Bunk'd." The 18-year-old has also voiced the character of Glory Grant on various "Marvel Rising" projects. In 2019, she appeared in Lil Nas X's music video for the song "Panini" and released her debut book, "Reach for the Skai."

Jackson teased that viewers have to tune in to see if she and her dance partner incorporate any TikTok trends into their routines. 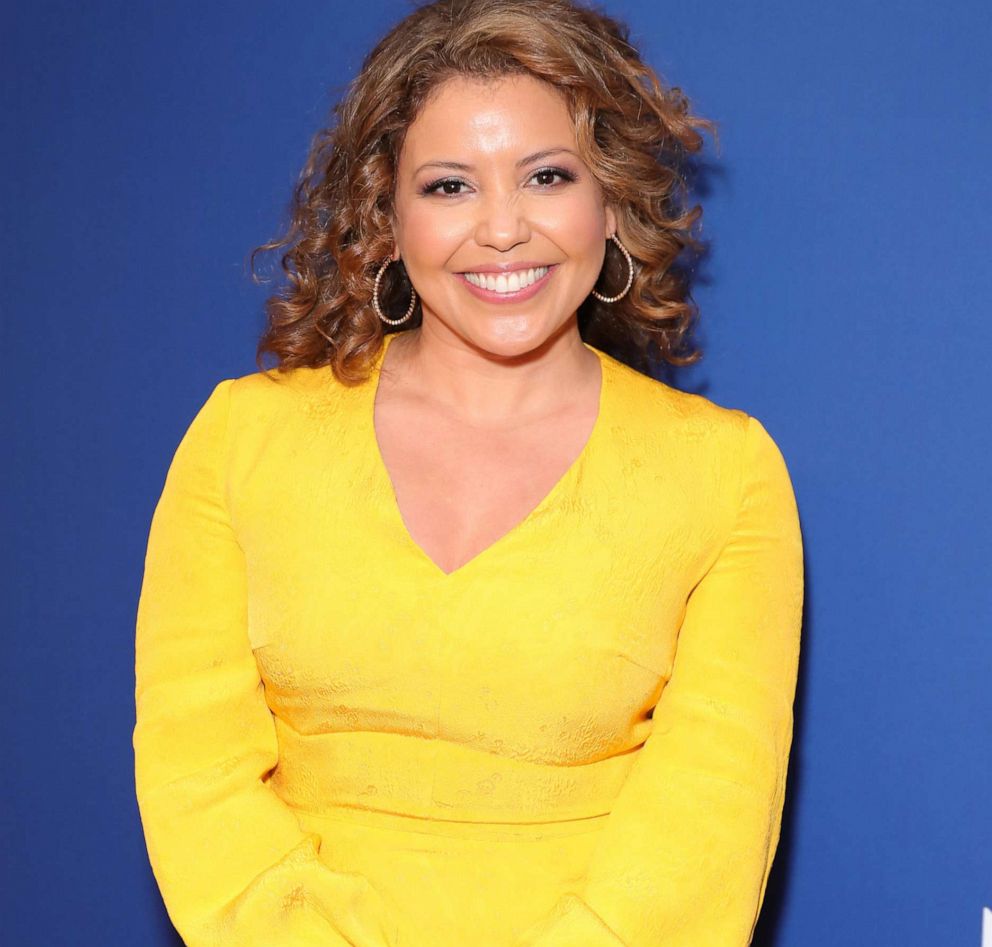 Justina Machado, 47, is an actress known for starring on TV shows such as "Six Feet Under," "Queen of the South" and, most recently, "One Day at a Time."

"The other day I walked out of rehearsal and somebody said, 'Are you OK?' And I said, 'Yeah.' They're like, 'You don't look OK.' That's how I'm going," Machado joked. 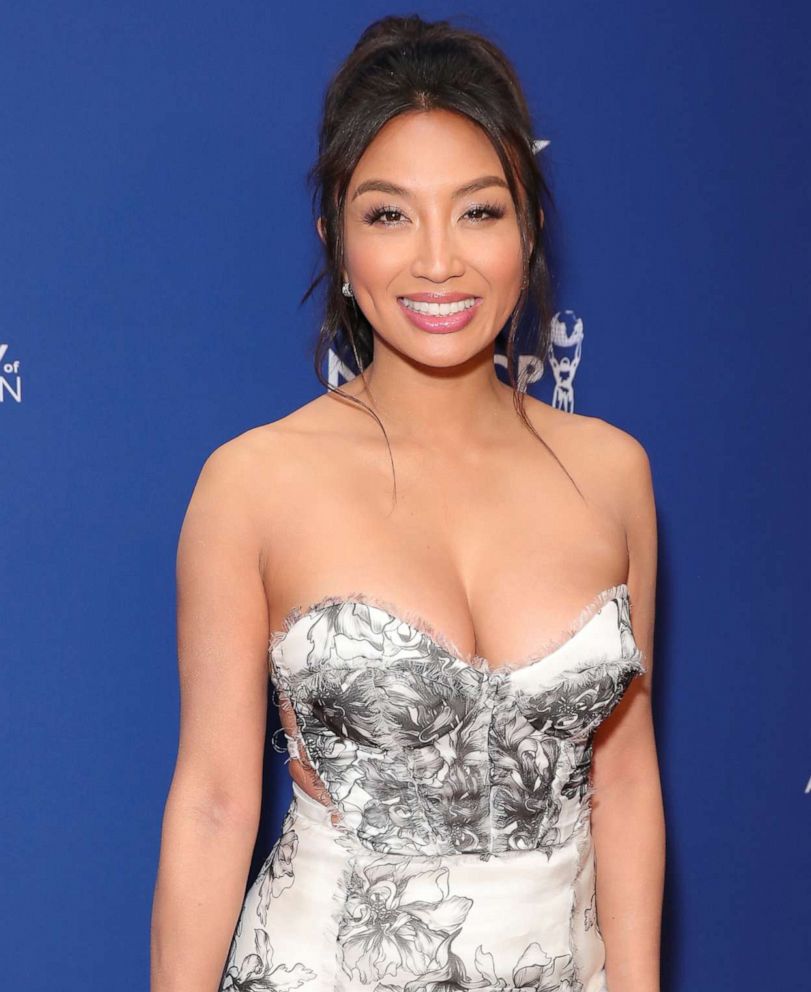 Jeannie Mai is an Emmy-winning host of the syndicated daytime talk show "The Real," which she has starred on since it premiered in 2013. The 41-year-old fashionista announced her engagement to rapper Jeezy in April 2020.

Mai has something to prove, as she recalled a story of losing a dance-off against Tiffany Haddish in Las Vegas at Jennifer Lopez's birthday party.

"That's why I'm here," the beauty icon said, "because I'm coming back for you." 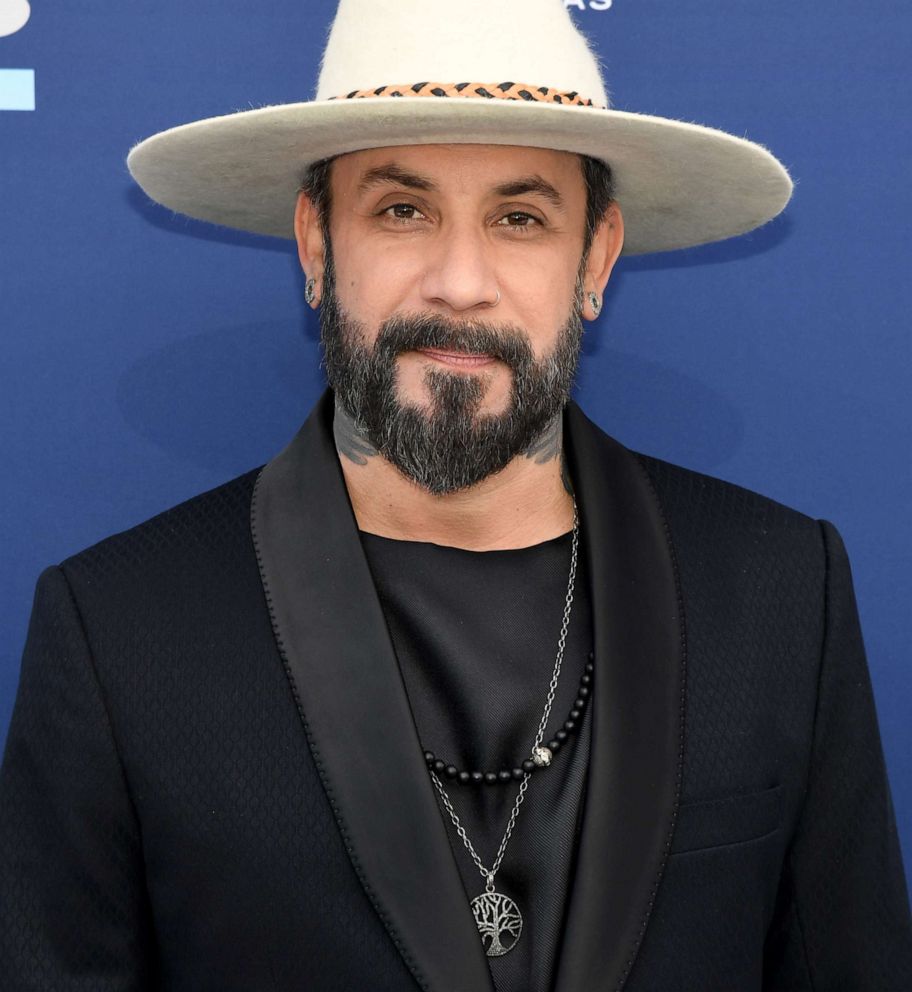 AJ McLean is best known for being one-fifth of the Backstreet Boys, the iconic boy band with eight Grammys that gave us hits such as "Quit Playing Games (With My Heart)," "Everybody (Backstreet's Back)" and "I Want It That Way" -- just to name a few. The 42-year-old's first solo album, "Have It All," turned 10 earlier this year.

Though he is skilled at picking up choreography as a performer, McLean said he's "trying to just listen intently" to his partner and soak up all the knowledge they're throwing at him. 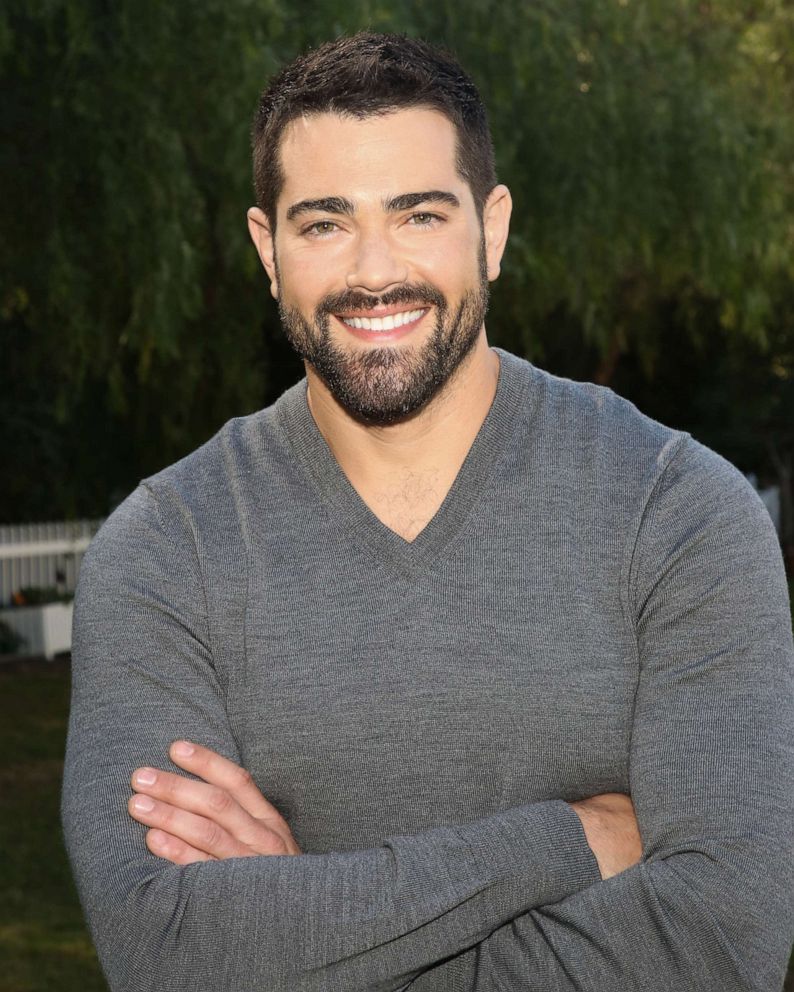 Jesse Metcalfe, 41, is an actor best known for starring on "Desperate Housewives" as well as for making his film debut in 2006's "John Tucker Must Die." Fans may also recognize him from the soap opera "Passions" or the "Dallas" continuation series. Most recently, he's been a staple on the Hallmark Channel.

"I'm basically a non-dancer. I mean, I have no formal training in dance whatsoever," Metcalfe said. "I'm excited to work hard and hopefully leave the show with a new skill set. Maybe get a job on Broadway." 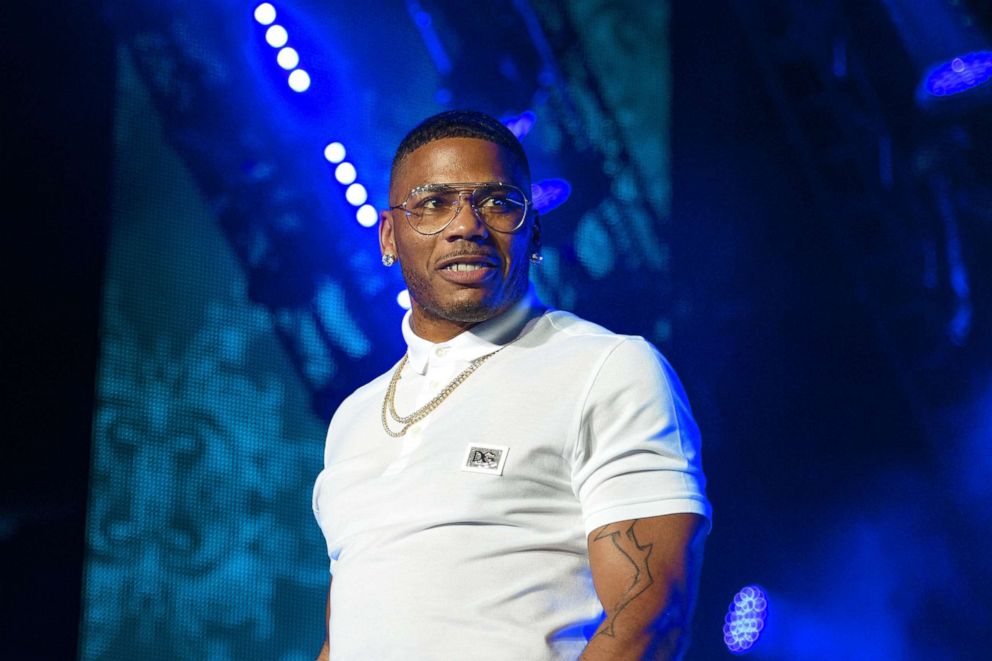 Nelly, born Cornell Iral Haynes Jr., is a three-time Grammy-winning singer. Over the years, the 45-year-old has produced hits such as "Hot in Herre," "Dilemma" with Kelly Rowland and "Over and Over" with Tim McGraw. Nelly also appeared in the 2005 movie remake of "The Longest Yard" alongside Adam Sandler and Chris Rock. 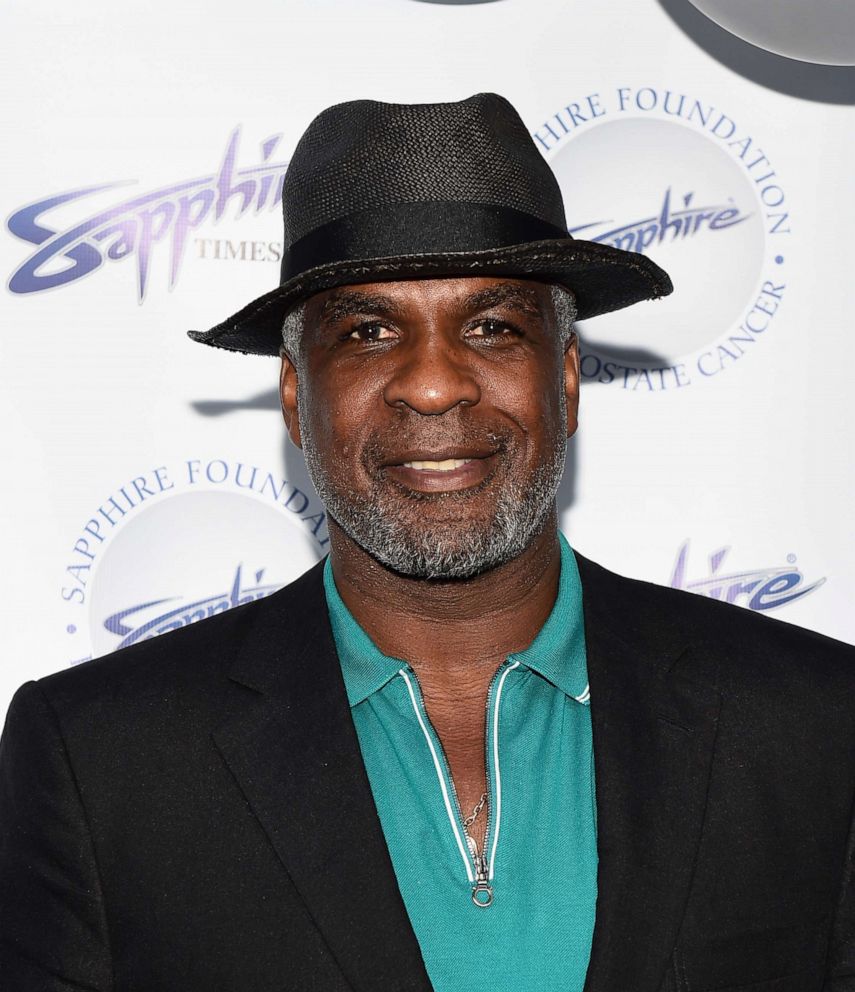 Charles Oakley is a former power forward who played in the NBA alongside Michael Jordan on the Chicago Bulls. The 56-year-old played for numerous other professional basketball teams after that before retiring from the sport in 2004.

"Now I've got to get my finesse on," Oakley said, gearing up to compete for the Mirror Ball trophy. 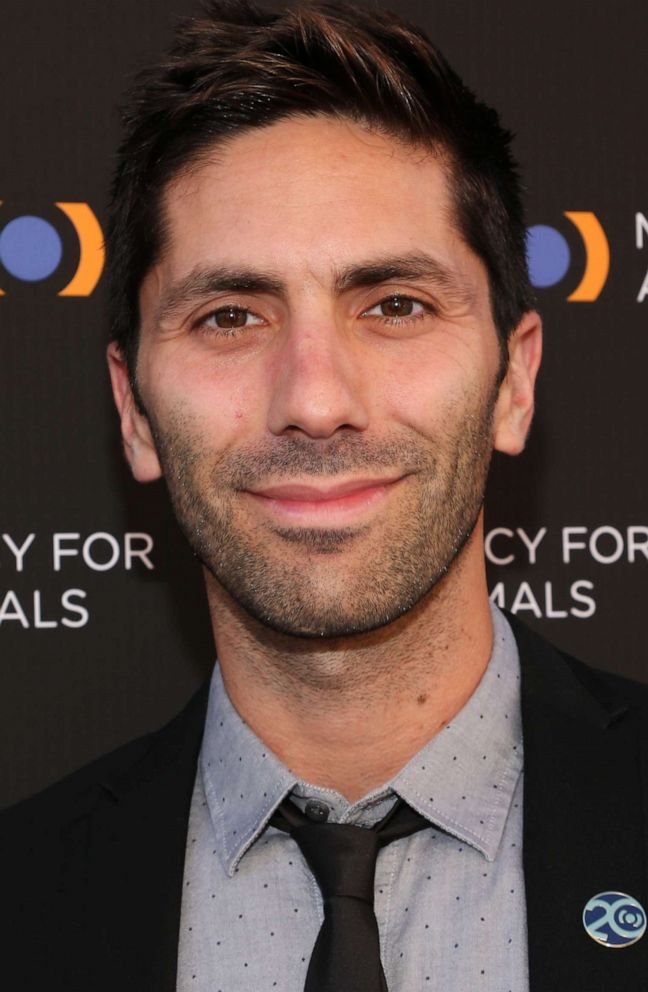 Nev Schulman is the host of "Catfish," a reality series based on his 2010 documentary of the same name about the potential pitfalls of online dating when you're talking to strangers. Having been catfished himself, the 35-year-old has since found love with wife Laura Perlongo, with whom he shares two children.

"I've spent the last eight years guiding people through heartache and really helping them accept reality and come face-to-face with the truth," Schulman said of his strategy, joking that this skill will help him comfort other stars who are eliminated. 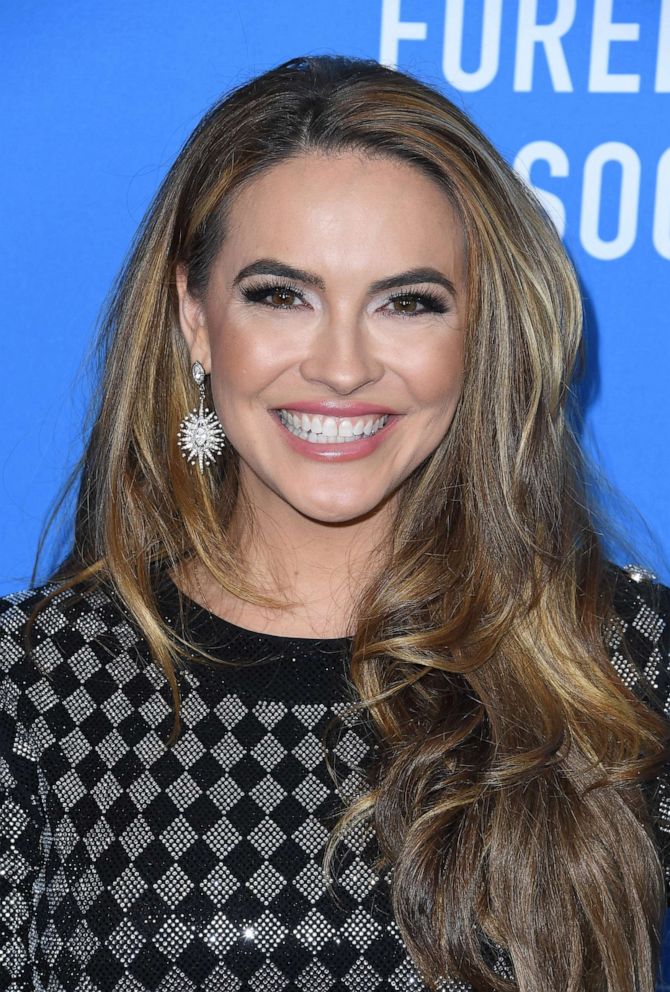 Chrishell Stause is an actress who has starred on soap operas such as "All My Children" and "Days of Our Lives." These days, the 39-year-old is a star on the Netflix series "Selling Sunset," a reality show about luxury real estate brokers in LA.

"Get ready, because my dancing is going to bring tons of unique and charming personality to the ballroom," she offered when attempting to sell America on why they should vote for her. 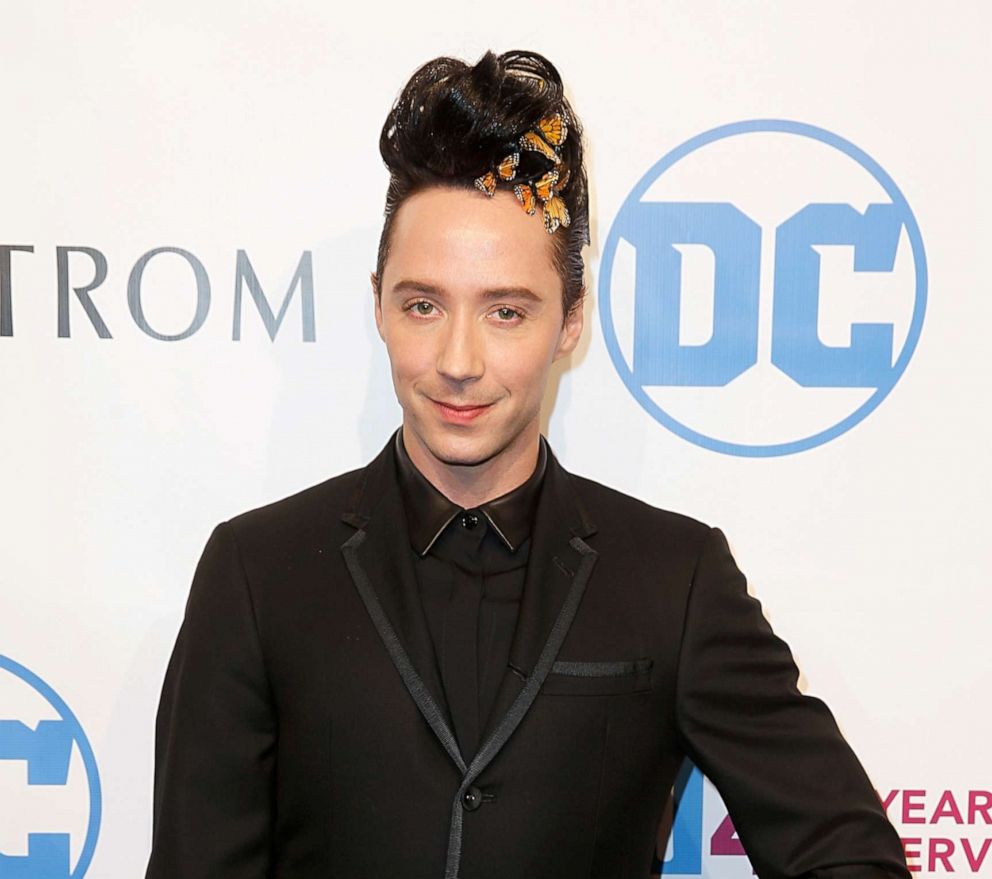 Johnny Weir is a two-time Olympic figure skater with three U.S. Championship gold medals. After retiring from the sport in 2013, the 36-year-old is a commentator for the Olympics and figure skating in general. Weir is also an LGBTQ activist.

When teasing what he'll wear on "DWTS," Weir said, "Let's just say it's going to be loud and big and sparkly and everything you'd expect from me."