“Dancing with the Stars” pro Daniella Karagach is set to compete on the upcoming season of the hit dancing competition show after being nominated for an Emmy for her work last season.

The mirror ball champion previously told “Good Morning America” that it was “surreal” to even receive the nod. Choreographer Parris Goebel ended up taking home the award at the 2022 Creative Arts Emmys. 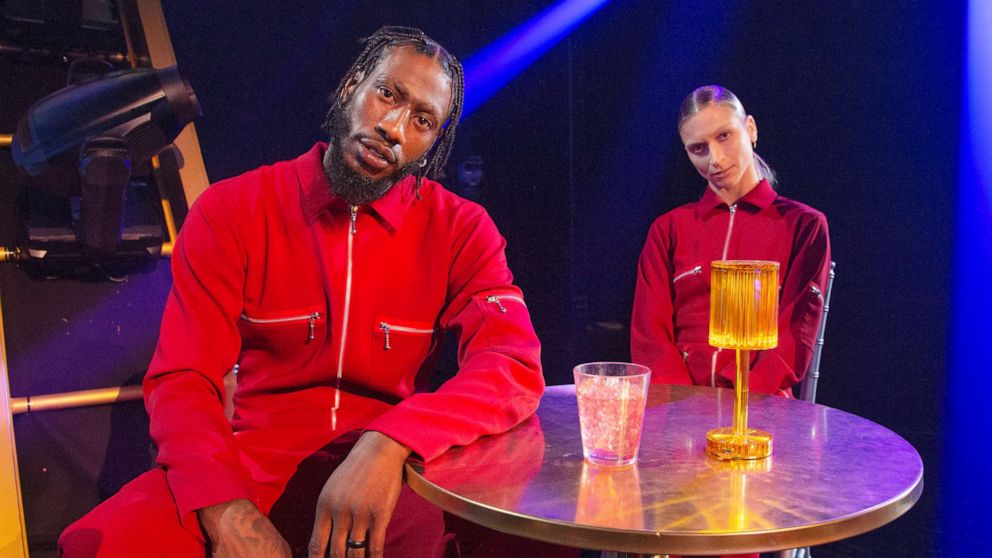 During an interview with "GMA" before the award show, Karagach, 29, said she "didn’t even think it was a possibility" for her to ever receive a nomination.

Karagach was nominated for her choreography on two “Dancing with the Stars” routines from last season: “I Got 5 On It” and “Dark Fantasy,” which she performed with her dance partner, basketball star Iman Shumpert.

“I Got 5 On It” is a reimagined take of the Jordan Peele film, “Us,” through contemporary dance and “Dark Fantasy” is a jazz routine. 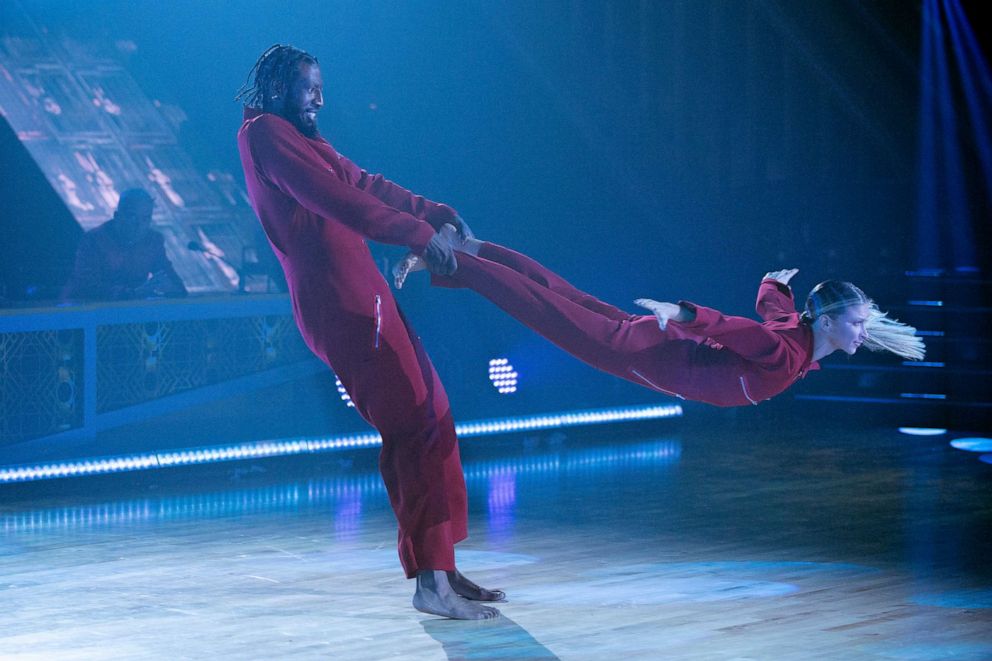 Eric McCandless/ABC via Getty Images
Iman Shumpert and Daniella Karagach appear on the "Horror Night" episode of "Dancing With The Stars," on Oct. 25, 2021.

For Karagach, the contemporary dance was out of her comfort zone as she didn’t perform a lot of it when she was growing up. So for this particular routine, she leaned on inspiration from cabaret style dances which includes a lot of lifts.

“I’ve always had a like a little pocket of things I’ve always wanted to do,” she said. “I took those little things that I was familiar with and we just kind of made them our own. So a lot of that was just playing around with things and trusting each other and seeing where it can go.”

She added, “It was also very stressful. There was one move in there we didn’t get until the live show.” 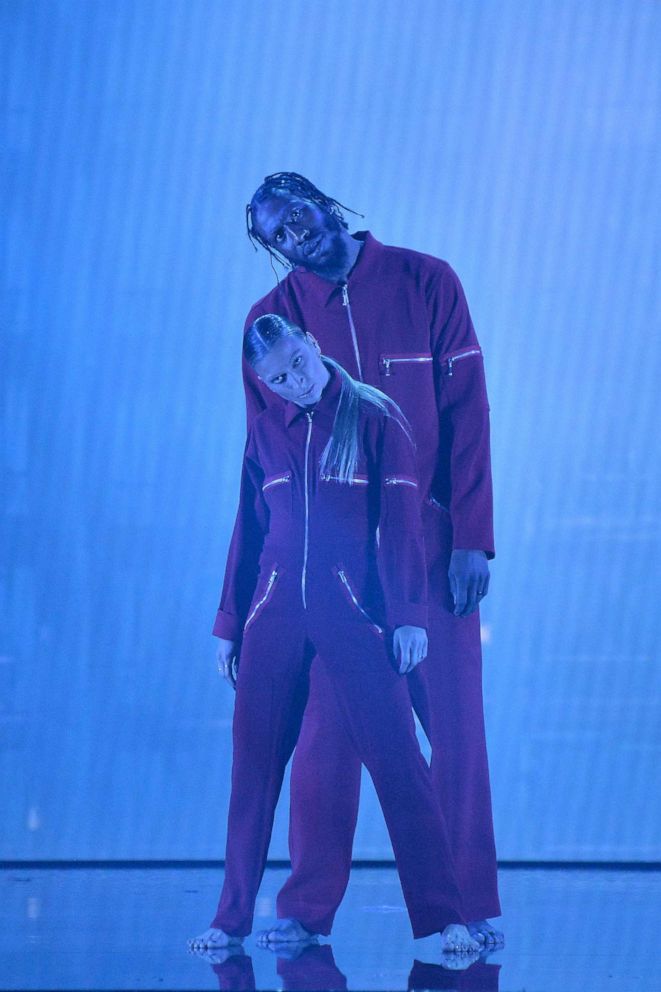 Eric McCandless/ABC via Getty Images
Iman Shumpert and Daniella Karagach appear on the "Horror Night" episode of "Dancing With The Stars," on Oct. 25, 2021.
MORE: 'Dancing With the Stars' season ﻿30 recap: Final 4 couples revealed for finale

Karagach said that Shumpert was the perfect partner for the dance because of his ability to catch her every single time.

“Iman has those crazy father instincts,” she said. “He just snatches you and your head never touches the floor.”

Karagach, who has been a professional ballroom dancer on “DWTS” since 2019, said that it was incredible to watch Shumpert perform the routine because he isn’t a professional dancer.

“For me, this was mind-blowing, to watch a man who is not a professional dancer -- who is a basketball player -- but the way he feels music is something you can’t teach. What people don’t know about this song, is it has no beats. Music without any beats was absolutely incredible.” 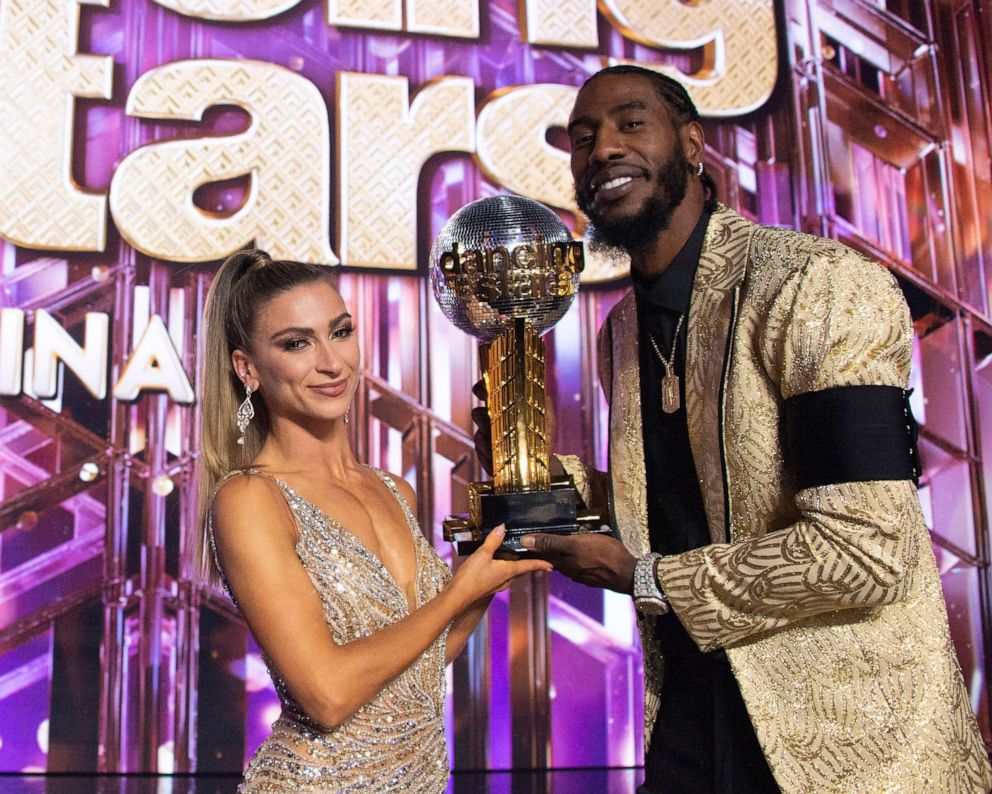 Eric McCandless/ABC via Getty Images
Iman Shumpert and Daniella Karagach will compete in the finale of "Dancing With The Stars" on Nov 22, 2021.

Karagach and Shumpert’s “I Got 5 On It” dance number, which was performed on the show’s Horror Night, was so popular that it has been viewed on YouTube more than 2.5 million times. “Us” star Lupita Nyong’o also saw the dance and tweeted at the dance couple, saying she wanted to learn the dance too. The dance couple went on to ultimately win the mirror ball trophy at the end of the season.

“I’m just so grateful to ‘Dancing with the Stars’ for allowing choreographers such as myself to shine,” Karagach said. “It’s rare that you get a show where you’re able to just let your creativity just come to life.”