Hildur Gudnadottir made history at the 92nd Academy Awards when she became the first female composer to win best original score in over 20 years.

The "Joker" composer took the stage at the Dolby Theater to a well-deserved standing ovation and relived the emotional moment backstage with "Good Morning America." 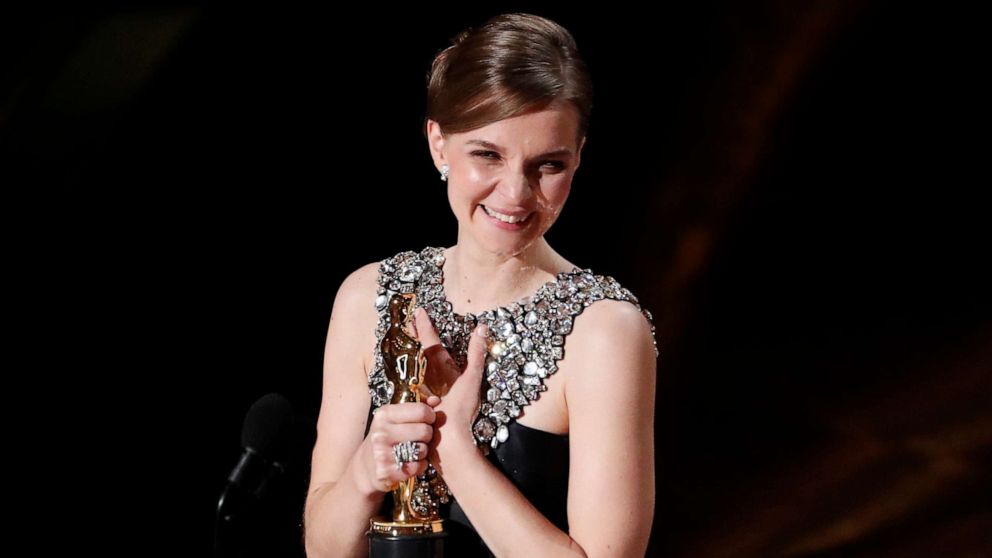 "I walked up on stage and then I looked up and saw everyone standing up. And I just I had a hard time not crying," she said.

The Icelandic composer, who is now just one of three women to ever win the Oscar for best original score, has struck a meaningful and inspiring chord with young girls around the world.

"I've been hearing of people calling me and saying, 'You know, my little niece now she says I want to be like Hildur.' That's just such a special gift," she said. "I really hope that that that we're going to be seeing more women."

In her acceptance speech, Gudnadottir dedicated the win to women and asked for females everywhere to "speak up."

A few words from a winner… #Oscars pic.twitter.com/4ocpOTrLdP

MORE: The story behind Eminem's surprise Oscars performance of 'Lose Yourself'

The winning composer hailed her fellow nominees in the category which included John Williams for "Star Wars: The Rise of Skywalker," Thomas Newman for "1917," Randy Newman for "Marriage Story" and Alexandre Desplat for "Little Women."

The Oscar win comes off the heels of Gudnadottir's Emmy and Grammy wins for music that she wrote for "Chernobyl" on HBO.

Check out more of the top moments and recaps from the 2020 Oscars here.