Daniel Kaluuya won the Academy Award for best supporting actor for his performance in "Judas and the Black Messiah" at the 2021 Oscars on Sunday.

The 32-year-old Brit became the sixth Black actor to achieve the recognition in the acting category. 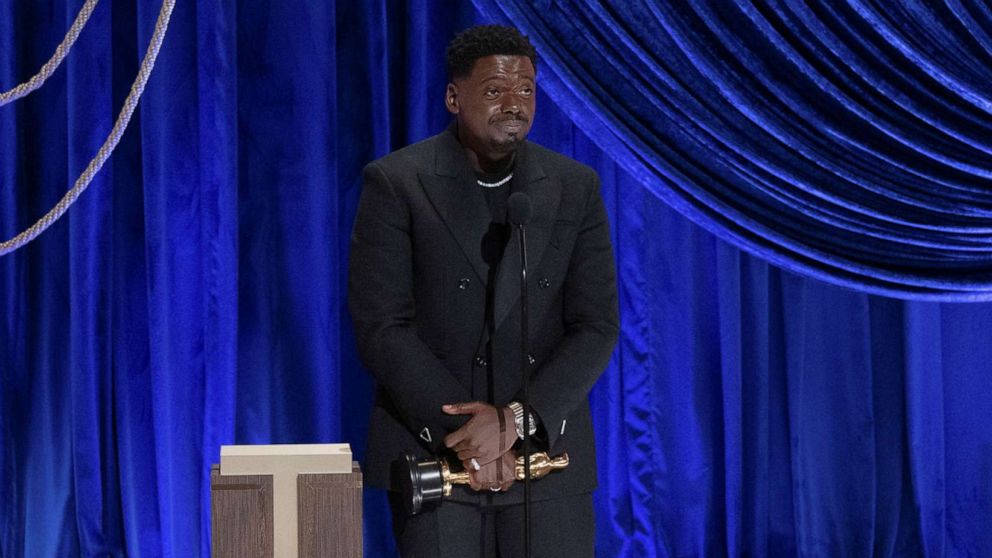 "What a man. How blessed we are that we lived in a lifetime where he existed," Kaluuya said of Fred Hampton, one of the leaders of the Black Panther Party. "Thank you for your light."

"There’s so much work to do, guys -- and that’s on everyone in this room," he added.

Daniel Kaluuya remembers Fred Hampton in his acceptance speech: "How blessed we are that we lived in a lifetime where he existed...When they played divide and conquer, we say unite and ascend." https://t.co/LsffGKAhao #Oscars pic.twitter.com/OmfwjSTDzh

Kaluuya beat out fellow nominees Sacha Baron Cohen of "The Trial of the Chicago 7," Leslie Odom Jr. of "One Night in Miami" and Paul Raci of "Sound of Metal" as well as his own "Judas and the Black Messiah" co-star, Lakeith Stanfield.

"Judas and the Black Messiah" told the story of Hampton (Kaluuya), the chairman of the Illinois chapter of the Black Panther Party, and how he was betrayed by FBI informant William O'Neal (Stanfield), who infiltrated the political organization in late-1960s Chicago. The film was directed by Shaka King.

Black actors who have also won best supporting Oscars include Louis Gossett Jr. for "An Officer and a Gentleman" in 1983, Denzel Washington for "Glory" in 1990, Cuba Gooding Jr. for "Jerry Maguire" in 1997 and Morgan Freeman for "Million Dollar Baby" in 2005. Mahershala Ali has won twice, once for "Moonlight" in 2017 and again for "Green Book" in 2019.

Kaluuya was previously nominated in the best actor category for his performance as Chris Washington in "Get Out" in 2018.

For all things Oscars 2021, visit Oscar.com.