Season 5 of "The Crown" premiered this week and a handful of new characters were introduced.

The hit historical drama, which follows the life and reign of Queen Elizabeth II, focuses on the 1990s in the new season and involves several major plotlines that many are familiar with, from Princess Diana and Prince Charles' divorce in 1996 to her BBC interview with Martin Bashir.

Aside from the major cast members, with whom fans have become familiar, a few new names have cropped up this season.

Learn about some of them -- and their real life counterparts -- below.

Dodi Fayed, who is played by actor Khalid Abdalla, was Diana's boyfriend. The two first met at a polo match in 1986, where Fayed was playing polo against Charles. But it wasn't until 1997, after the prince and princess separated, that they became close --specifically, when Fayed invited Diana and her sons Prince William and Harry on a holiday on Fayed's yacht in the south of France. 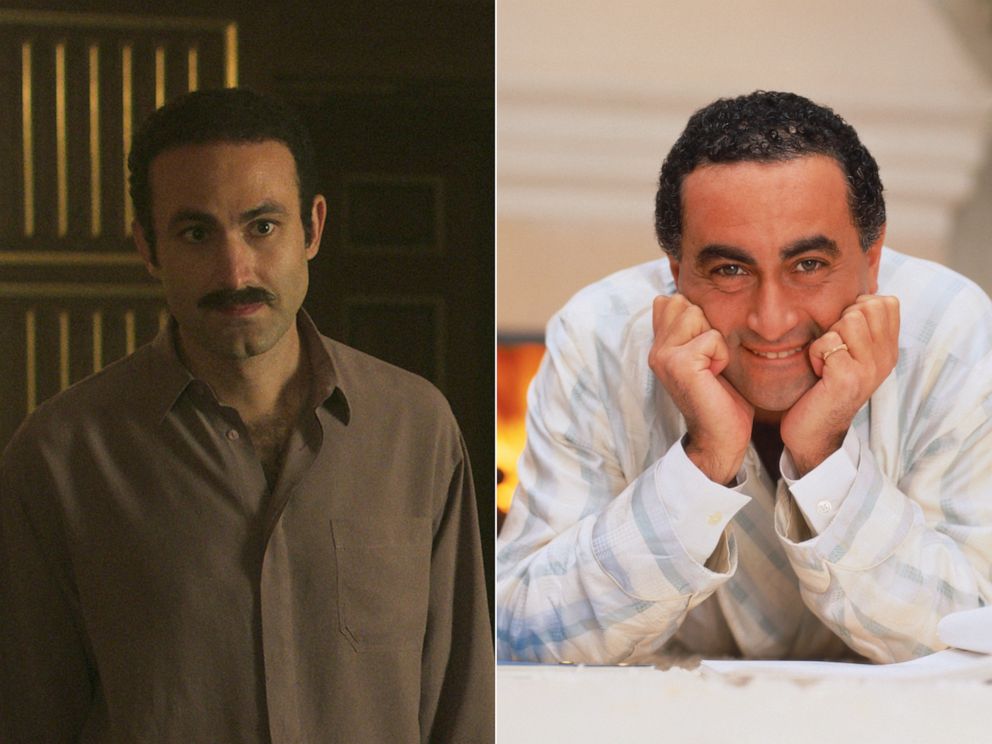 Fayed, who is the oldest son of Egyptian billionaire Mohamed Al Fayed, was also a movie producer on films like "Chariots of Fire" and "Hook."

At the time of Diana's death, she and Fayed were still dating. He was her companion in the Paris car accident on Aug. 31, 1997, that led to her death. Fayed died in the accident.

While many may link Fayed to Diana as the late princess' boyfriend, some may forget she was romantically involved with British-Pakistani heart surgeon Hasnat Khan as well.

Khan, who is played by actor Humayun Saeed, met Diana in 1995, when the princess crossed paths with the cardiologist in a hospital. At the time, Diana was accompanying her friend, Oonagh Toffolo, whose husband was recovering from heart surgery. 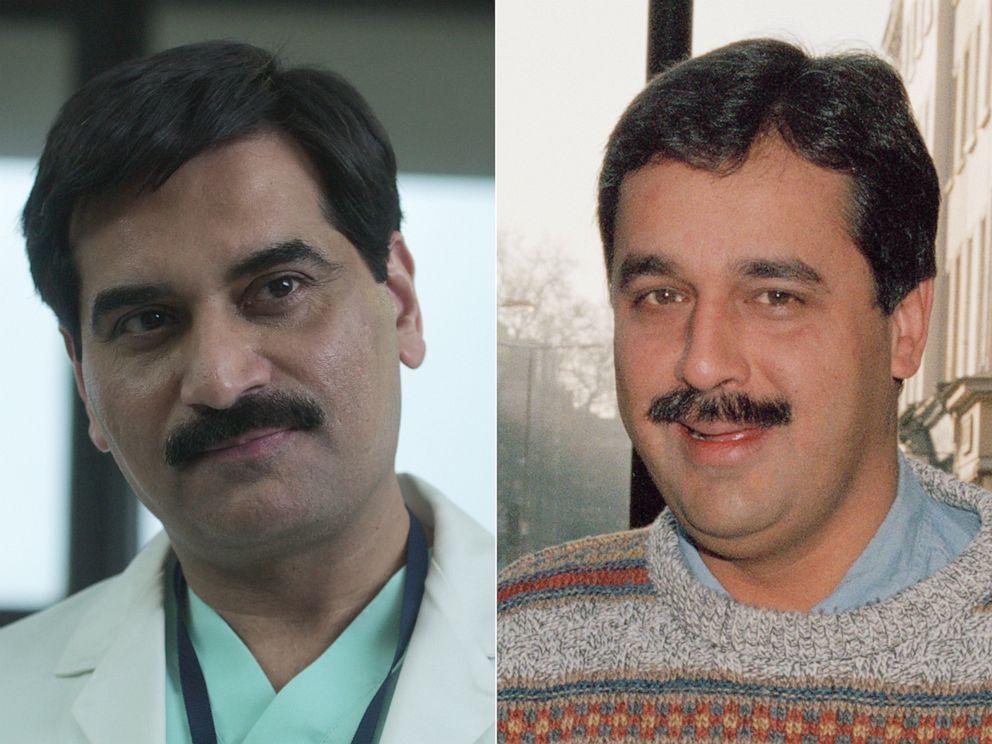 Netflix | Sygma via Getty Images
Humayun Saeed appears as Hasnat Khan in Season 5 of "The Crown." | in this Jan. 14, 1997, file photo, Hasnat Khan is shown.

In a rare 2021 interview with The Daily Mail, amid the investigation into the BBC regarding Martin Bashir's controversial 1995 interview with Diana, Khan spoke out about his relationship with the princess and said that after their initial meeting in the hospital, their friendship grew quickly, and eventually blossomed into romance. They were reportedly together for two years.

"One of her most attractive qualities was her vulnerability," Khan said. "It was what endeared her to the public."

Season 5 of "The Crown" also dives into Prince Philip's friendship with Penny Knatchbull, the Countess Mountbatten of Burma.

Knatchbull frequently made public appearances with the Windsors, including in 1991, when she stood on the balcony for Trooping the Color with the royal family. She attended Philip's funeral in 2021 as well as Elizabeth's funeral in September. Knatchbull is played by Natascha McElhone in the Netflix series. 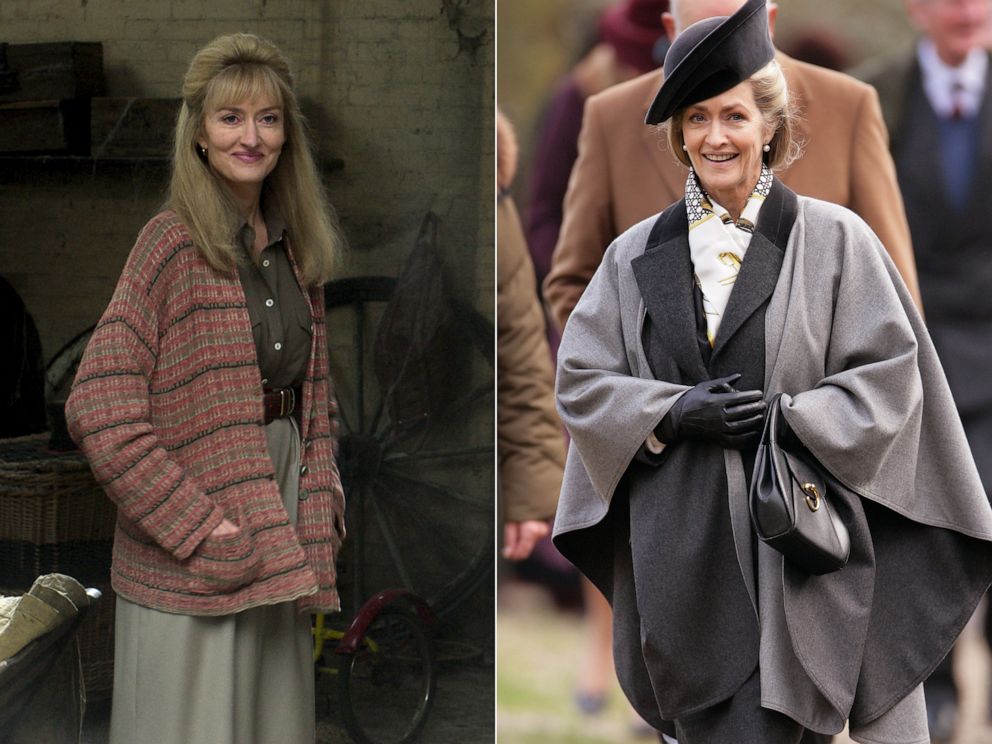 Andrew Parker Bowles was first introduced in season 3 of "The Crown." He is Queen Camilla's first husband and they share two children.

In 1970, prior to that marriage, he was romantically linked to Charles' sister Princess Anne, according to reports at the time. In the biography "Prince Charles: The Passions and Paradoxes of an Improbable Life" by Sally Bedell Smith, the author wrote that Parker Bowles had a relationship with Anne, but a marriage wouldn't have worked out, since Parker Bowles was Catholic. Still, Bedell Smith said that Anne and Parker Bowles remain friends, even to this day, and Parker Bowles is even godfather to Anne's daughter Zara Tindall, who was born in 1981. 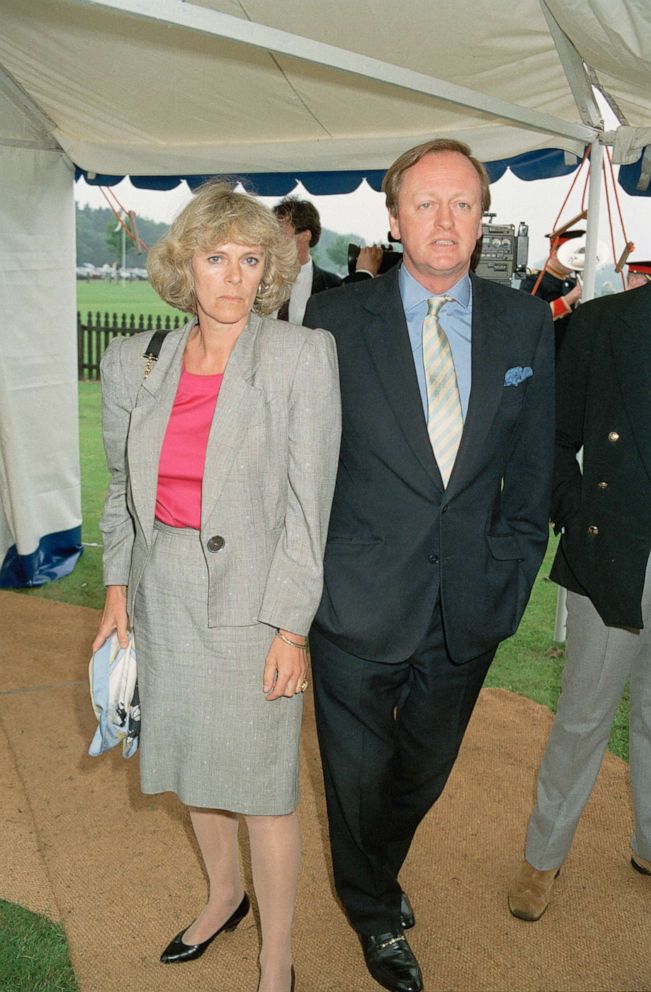 Martin Bashir is a former British journalist who infamously interviewed Diana on BBC's "Panorama" in 1995. At the time, it was hailed as "the scoop of the century" and was viewed by an estimated 23 million people. In the interview, Diana opened up about her marriage to Charles, an affair she had and how she suffered from "rampant bulimia."

In 2020, questions were raised about how Bashir had secured the interview, with an ITV documentary and the Sunday Times accusing Bashir of using dishonest tactics. A subsequent inquiry determined Bashir had used "deceitful behavior, therefore, Mr. Bashir succeeded in engineering the meeting that led to the interview." 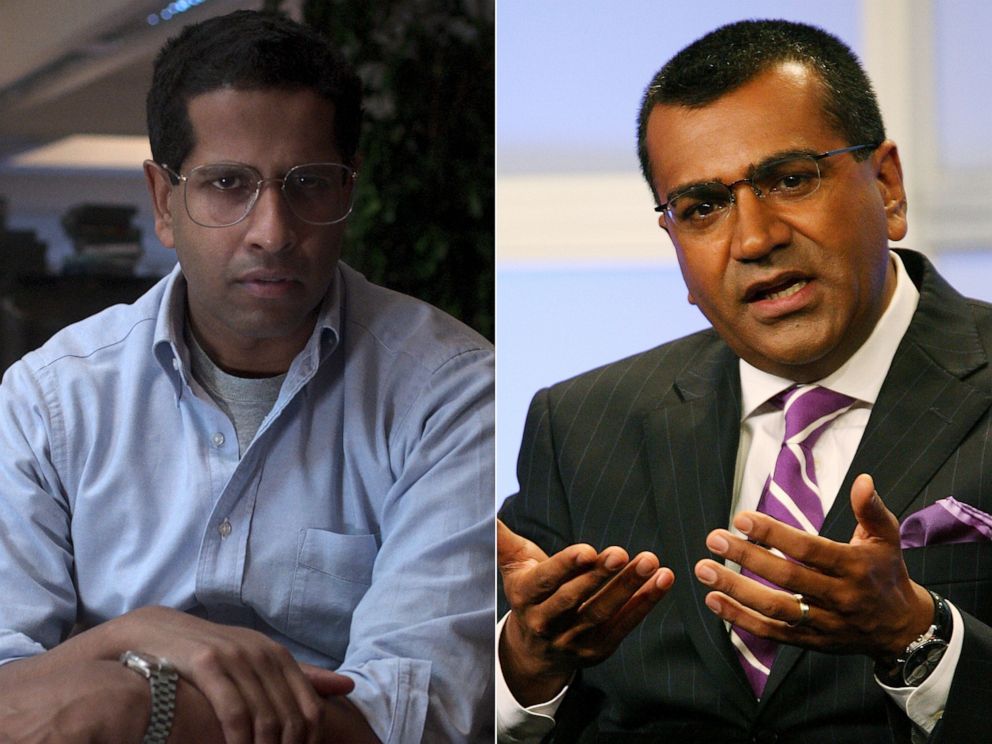 Netflix | Getty Images
Prasanna Puwanarajah appears as Martin Bashir in Season 5 of "The Crown." | In this July 26, 2007, file photo, Martin Bashir speaks at an event in Beverly Hills, Calif.

The BBC issued an apology in the wake of those findings, promising to never air the interview again.

Bashir is portrayed by Prasanna Puwanaraja in "The Crown."