Prince Harry and Meghan, the Duke and Duchess of Sussex, are taking their battle with the British tabloids one step further.

The Sussexes have announced they will no longer participate with the British tabloids -- including The Sun, The Mirror, The Daily Mail and The Express -- unless it is through a lawyer.

"It is gravely concerning that an influential slice of the media, over many years, has sought to insulate themselves from taking accountability for what they say or print—even when they know it to be distorted, false, or invasive beyond reason," Harry and Meghan wrote in a letter to the editors of those four publications. "When power is enjoyed without responsibility, the trust we all place in this much-needed industry is degraded." 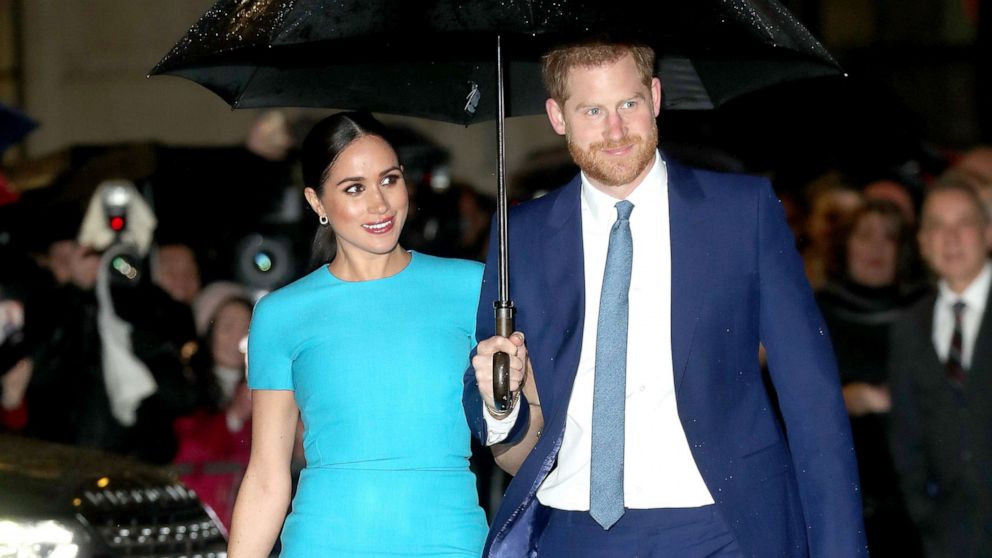 "There is a real human cost to this way of doing business and it affects every corner of society," they wrote. "The Duke and Duchess of Sussex have watched people they know—as well as complete strangers—have their lives completely pulled apart for no good reason, other than the fact that salacious gossip boosts advertising revenue."

The couple went on, "With that said, please note that The Duke and Duchess of Sussex will not be engaging with your outlet. There will be no corroboration and zero engagement. This is also a policy being instated for their communications team, in order to protect that team from the side of the industry that readers never see."

MORE:Prince Harry does video call with families of vulnerable children amid coronavirus pandemic

Harry and Meghan are now living in Los Angeles, having stepped down on April 1 from their roles as senior members of Britain's royal family. They no longer take public funding and have their own communications team after closing their Buckingham Palace office.

The Sussexes, as non-working members of the royal family, also no longer have to participate in the Royal Rota system, which gives U.K. print and broadcast outlets exclusive access to the royal family's official engagements.

"For the first time they are saying they will no longer cooperate with these certain tabloids," said ABC News royal contributor Omid Scobie. "But they're also saying this is how their new media approach will be moving forward."

The Sussexes' letter to the publications' editors was sent just days ahead of the first hearing in Meghan's invasion of privacy and copyright infringement lawsuit against Associated Newspapers, publisher of the Mail on Sunday – the Sunday edition of the Daily Mail.

The lawsuit, announced publicly last October, focuses on the Mail on Sunday's publication of a letter written by Meghan to her now-estranged father Thomas Markle.

The Mail on Sunday claimed the letter from Meghan to her dad was shared with the outlet after some of Meghan's friends anonymously spoke to People magazine in a rare interview, claiming the Duchess of Sussex was a victim of "global bullying."

People reported the friends said that Meghan wrote a letter to her dad after he did not attend her 2018 wedding to Harry, which one friend characterized as Meghan saying, "I'm so heartbroken. I love you. I have one father. Please stop victimizing me through the media so we can repair our relationship."

According to People, Meghan's friends claim Thomas Markle asked for a photo op with his daughter in response. Thomas Markle told the Daily Mail that request was “totally misinterpreted.” The paper reported he said “I don’t want a picture for any other reason than if we show harmony then the press will back off.’”

New court documents show that Meghan is going to deny any involvement in interviews given by her friends to People magazine in 2019.

The court documents also show that Meghan blames the Mail on Sunday for the disagreement between her and her father and plans to share text messages as evidence that she offered her father, who lives in Mexico, a security detail to protect him and repeatedly asked after his health.

The court documents also refer to several text messages described as from Harry and Meghan to Thomas Markle, which the couple's representatives say show the couple tried to protect him, including sending a security detail, and frequently contacted him in the run up to the wedding.

“Tom, it’s Harry and I’m going to call you right now. Please pick up, thank you," the documents say Harry wrote in one text message. “Tom, Harry again! Really need to speak to u. U do not need to apologize, we understand the circumstances but 'going public' will only make the situation worse. If u love Meg and want to make it right please call me as there are two other options which don’t involve u having to speak to the media, who incidentally created this whole situation. So please call me so I can explain. Meg and I are not angry, we just need to speak to u. Thanks ... Oh any speaking to the press WILL backfire, trust me Tom. Only we can help u, as we have been trying from day 1."

At the time the lawsuit was filed, the Mail on Sunday spokesman released a statement, saying, "The Mail on Sunday stands by the story it published and will be defending this case vigorously. Specifically, we categorically deny that the duchess's letter was edited in any way that changed its meaning."

Harry and Meghan's new communications team told ABC News the couple would rather be focusing their energies on the fight against the coronavirus pandemic -- which they have spoken out about -- but with the court date approaching this Friday, it was "necessary to set a new, clear agenda."