The Prince and Princess of Wales are coming to America.

Prince William and Kate will travel to Boston this week, marking their first visit to the United States since 2014, when they visited New York City and famously shook hands with Beyoncé and Jay-Z at a Brooklyn Nets game.

The royals will arrive in Boston on Wednesday, two days ahead of the second annual awards ceremony for the Earthshot Prize, an initiative William launched in 2019 to create solutions for environmental problems.

Their itinerary in the city includes everything from meeting Caroline Kennedy to visiting Harvard University.

"TRHs are both excited for their first international trip since taking on their news roles as Prince and Princess of Wales," a Kensington Palace spokesperson told ABC News. "Both appreciate the history associated to the titles but understandably want to look to the future and pave their own paths." 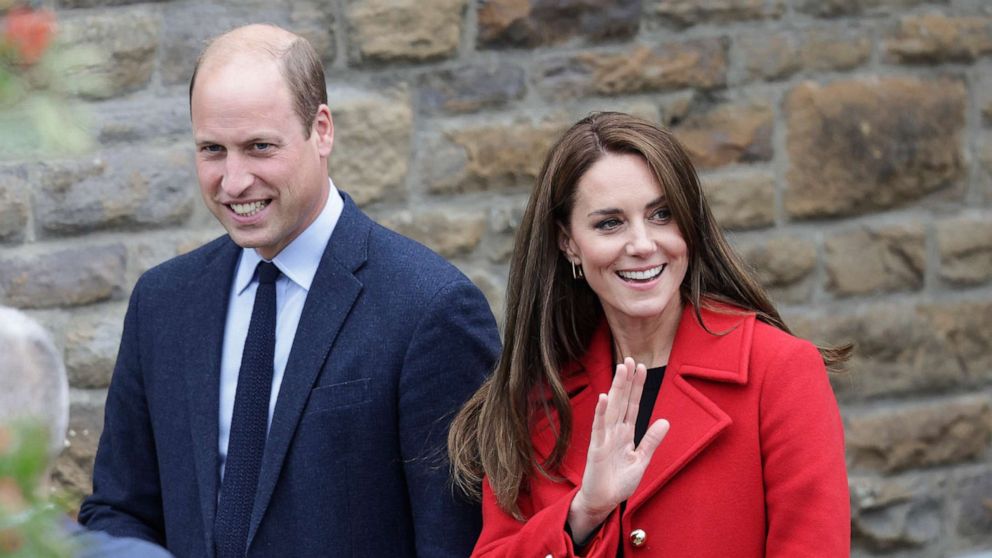 Here is what to watch on each day of William and Kate's three-day visit.

William and Kate will be welcomed to Boston on Nov. 30 in a ceremony at City Hall attended by Kennedy and Boston Mayor Michelle Wu, who made history last year as the first woman and first person of color to be elected mayor.

In honor of the Earthshot Prize's focus on the environment, landmarks across the city, including City Hall, will be lit up in the color green.

The royal couple will start their second day in Boston with a visit to Greentown Labs, a climate technology start-up incubator, in nearby Somerville, Massachusetts.

According to Kensington Palace, William and Kate will learn during the visit about "climate innovations" being incubated in Boston.

From there, the couple will travel just a few miles to Chelsea, where they will visit Roca, nonprofit organization that focuses on helping high-risk young people between the ages of 16 and 24, according to the palace.

William and Kate will meet with leaders of the organization and with participants in the young mothers' and young men's programs.

Friday's main event will be the 2022 Earthshot Prize Awards Ceremony, which will be held Friday night at MGM Music Hall at Fenway, located close to Fenway Park.

The ceremony, which will air around the world on Dec. 4, will see five winners awarded $1 million grants each to scale their solutions to help repair planet Earth.

The ceremony will also include live performances by Billie Eilish, Annie Lennox, Ellie Goulding and Chloe.x.Halle, and will feature actors including Rami Malek, Catherine O’Hara, Shailene Woodley and Daniel Dae Kim as hosts and presenters.

Earlier in the day Friday, Kate and William will each attend separate events.

Kate, who has made early childhood education a focus of her royal work, will meet with researchers at The Center on the Developing Child at Harvard University.

William plans to tour the John F. Kennedy Presidential Library and Museum along with Caroline Kennedy.

William has said that President John F. Kennedy's "moonshot" challenge in 1962 to land a man on the moon within 10 years was the inspiration behind his Earthshot Prize, which has a goal to find solutions to repair the planet within the next 10 years.

The John F. Kennedy Foundation partnered with Earthshot Prize to bring this year's awards ceremony to Boston, according to the organization.