Kate, the Princess of Wales, turned heads Tuesday night in a red gown and tiara once owned by the Queen Elizabeth the Queen Mother while attending an event at Buckingham Palace.

Kate was spotted at a reception for members of the Diplomatic Corps wearing a red Jenny Packham gown, the famed Lotus Flower Tiara, the Royal Victorian Order and Royal Family order, and the late Queen Elizabeth II's earrings.

The Lotus Flower Tiara features an art deco design and is encrusted with diamonds and pearls. Kate previously wore the tiara during a state banquet at Buckingham Palace in 2015. 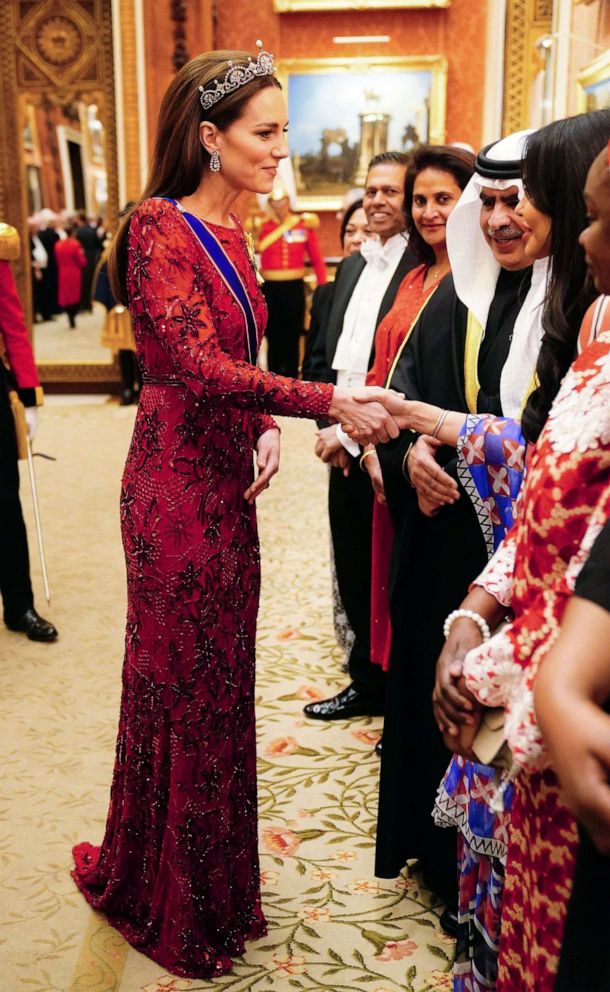 Pool/Getty Images
Catherine, Princess of Wales is shown during a Diplomatic Corps reception at Buckingham Palace on Dec. 6, 2022, in London. 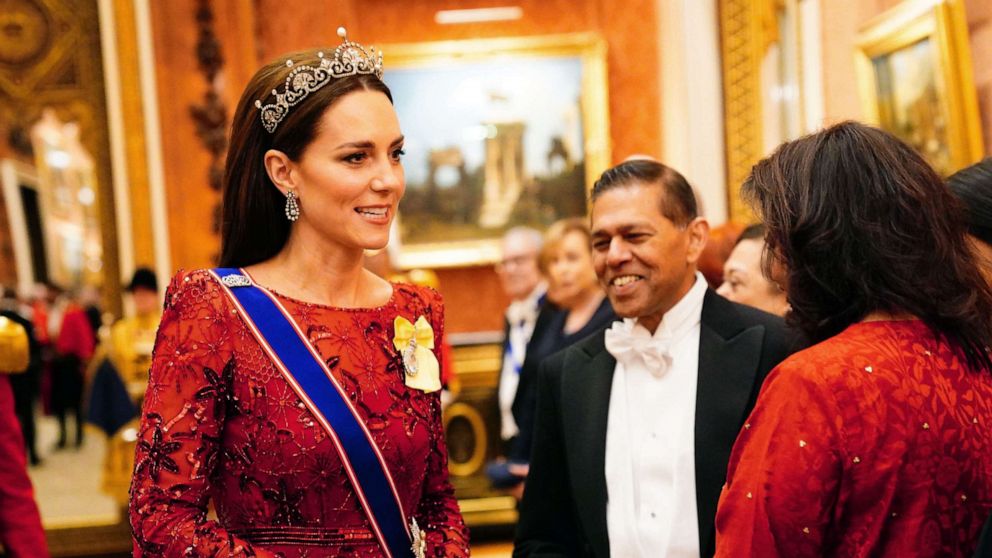 Pool/Getty Images
Catherine, Princess of Wales is shown during a Diplomatic Corps reception at Buckingham Palace on Dec. 6, 2022, in London.
MORE: Princess Kate steps out in neon green on the Earthshot Prize green carpet

Camilla, the Queen Consort, was also spotted at the event wearing a gown by Anna Valentine. She paired the look with Elizabeth's beloved sapphire and diamond tiara and a matching necklace. 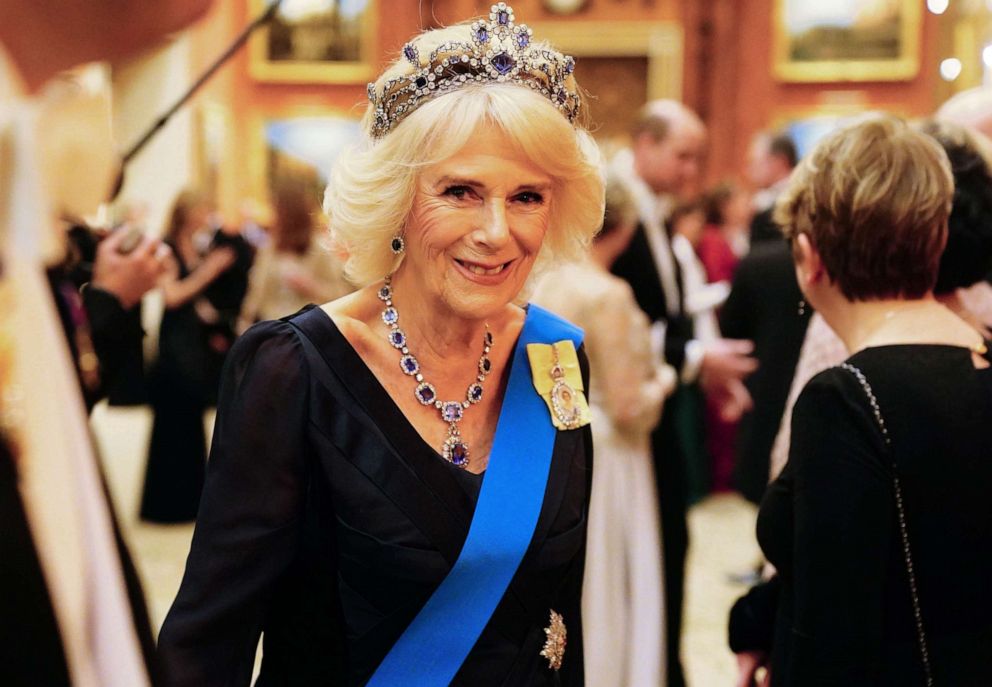 The reception typically takes place annually. According to the palace, the event "celebrates the presence in London of one of the largest Diplomatic Corps in the world and will see Their Majesties The King and Queen Consort meet representatives of countries accredited to the Court of St. James."

The last reception for the Diplomatic Corps was hosted by Elizabeth at Buckingham Palace in December 2019. 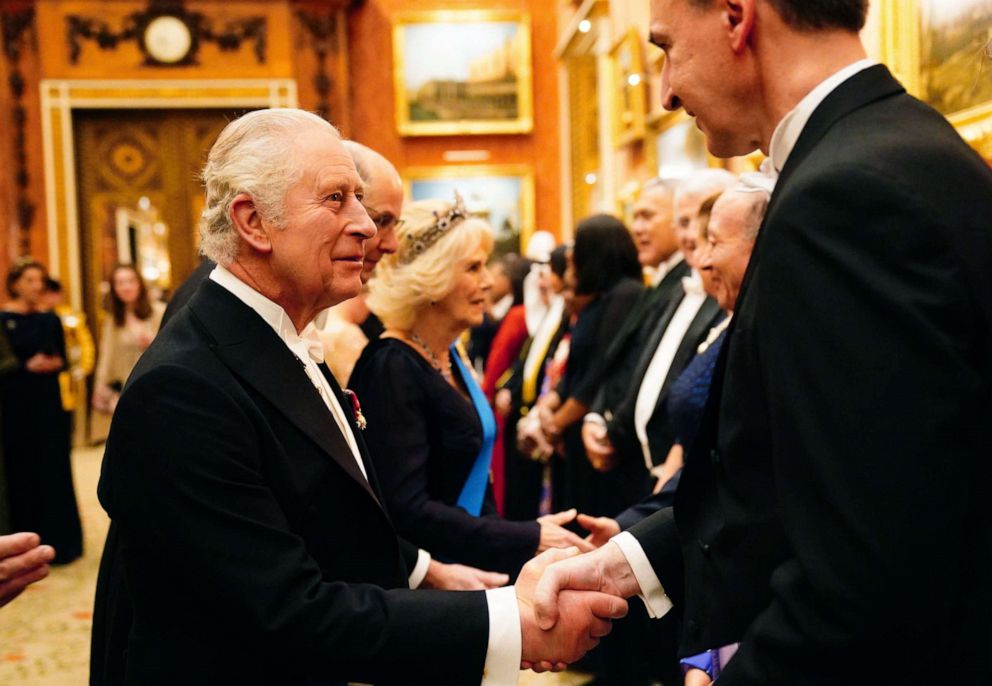 This year's event was held just four days after Kate and her husband Prince William wrapped up their trip to Boston for the Earthshot Prize Awards.

During their trip, the couple wowed in a number of standout looks, including Kate's neon green off-the-shoulder rented gown for the Earthshot Prize Awards ceremony, which she paired with the late Princess Diana's emerald choker necklace.