While arriving in Boston during her first U.S. tour in nearly a decade alongside Prince William, Princess Kate paid tribute to the late Princess Diana.

Princess Kate was seen wearing a nearly matching suited look, and she matched her sophisticated look with a turtleneck and Princess Diana's sapphire and diamond drop earrings.

The earrings were spotted on Princess Diana on several occasions, including the 1996 Met Gala where she wore them with a matching choker that included rows of pearls and a big blue sapphire at the center. 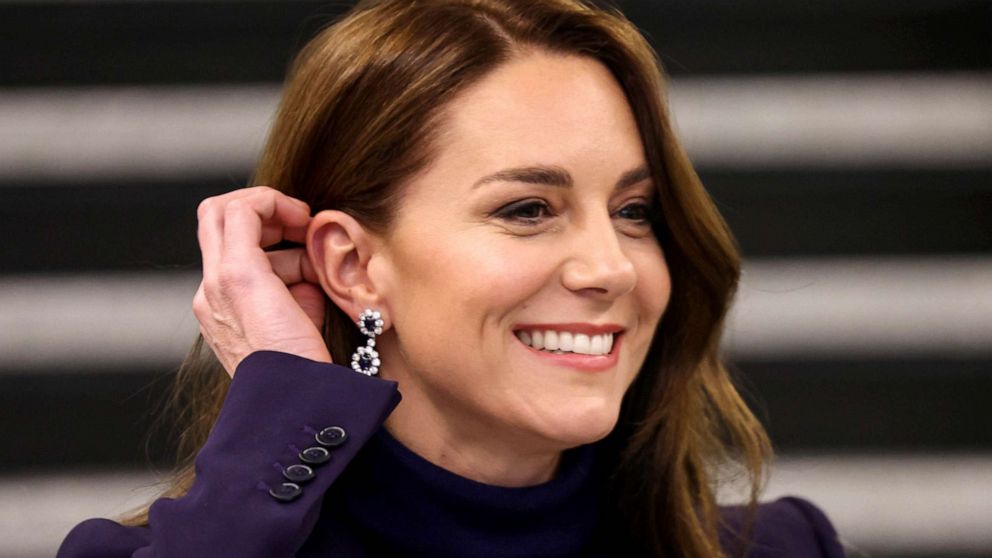 The Princess of Wales has also been seen wearing the pair that once belonged to her husband's later mother during several other affairs such as this year's Trooping the Colour parade. 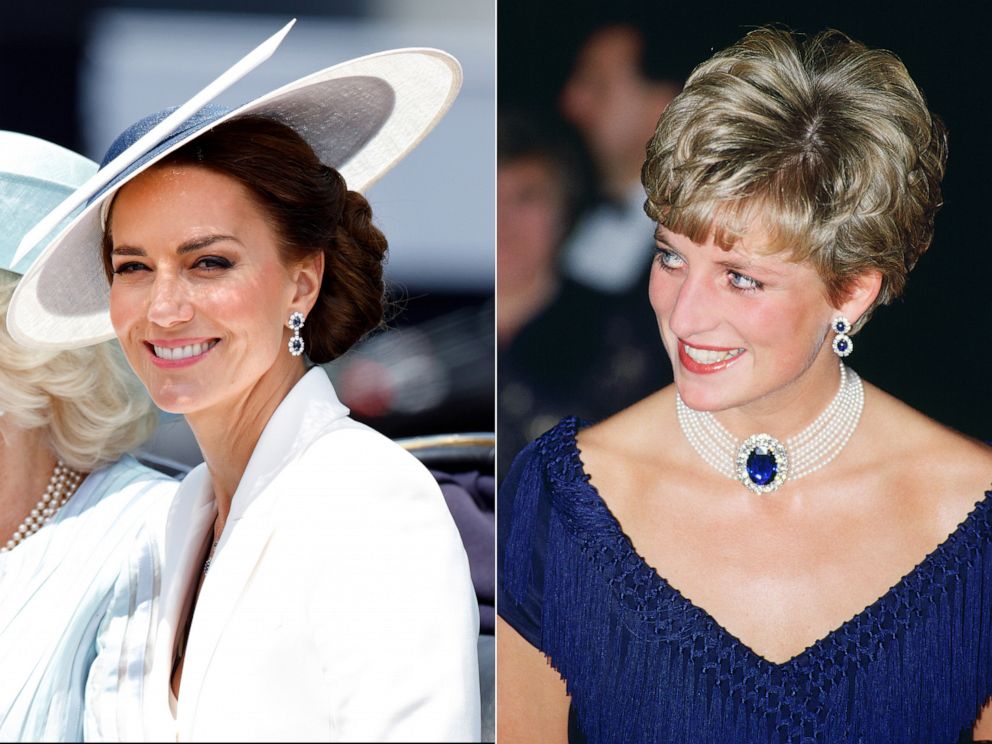 Getty Images
Princess Catherine is shown at the Trooping the Colour event on June 2, 2022, in London. | Princess Diana is shown at the Met Gala in New York in 1996.
Editor's Picks

Over the years, Princess Kate has worn other pieces from Princess Diana's collection as well.

In 2019, she stunned in the late princess' tiara at the state banquet for former President Donald Trump.

It hasn't been confirmed whether or not Princess Kate will wear more pieces from Princess Diana's collection, but she definitely isn't a stranger to the idea of it.

This is her and Prince William's first visit to the United States since they visited New York City in 2014. It also happens to be their first overseas trip since the death of Queen Elizabeth II earlier this fall.

"[William and Kate] are both excited for their first international trip since taking on their new roles," a Kensington Palace spokesperson told ABC News. "Both appreciate the history associated to the titles but understandably want to look to the future and pave their own paths."