Anything for Halloween? You bet. Lock up your children -- the witches are back!

So says Bette Midler as the head crone in "Hocus Pocus 2," the tricky sequel treat that took three decades to materialize. Now exclusively on Disney+, the follow-up will put a funny-scary spell on you.

It wasn't always so popular. Back in 1993, "Hocus Pocus" flopped at the box office and infuriated critics. But audiences quickly found the movie on video, streaming and Disney specials, creating a cult classic that attracts new and repeat visitors every Halloween season.

Now Midler as Winifred, Sarah Jessica Parker as Sarah and Kathy Najimy as Mary have returned as the Sanderson sisters, ready to prey on the teens of modern Salem. These Gothic Golden Girls need to swallow the souls of children to stay "young and ridiculously beautiful." 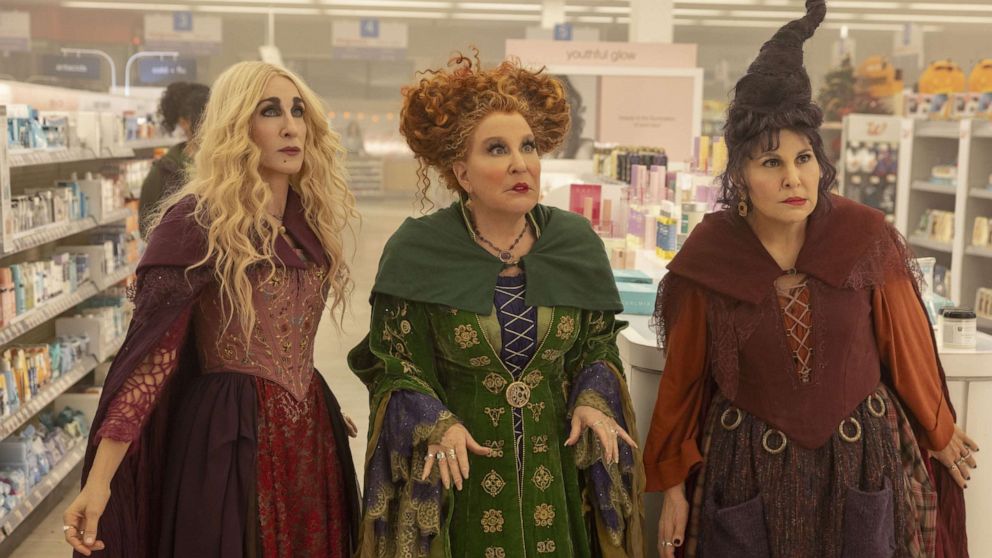 That's a tall order. But when high school besties Becca (Whitney Peak) and Izzy (Belissa Escobedo) light the Black Flame Candle they find at the Magic Shop run by Gilbert (Sam Richardson) on the site of the old Sanderson home, the witches are ready to sing about it. Midler, always a pleasure, really lets it rip.

A prologue shows us how the witches got that way in 1653, when young Winifred (spirited Midler lookalike Taylor Henderson) is banished from Salem on her 16th birthday, along with her sisters, and shares a life-changing encounter in the woods with a Great Witch ("Ted Lasso" Emmy winner Hannah Waddingham).

Since then, the Sandersons have been trying to gain immortality on All Hallows Eve but have failed to complete the spell by sunrise. Last time, they turned to stone. But the sisters never give up, not even when Becca and Izzy steal roving-eyed Book, or "The Manual of Witchcraft and Alchemy," which contains every spell a witch needs for global dominance. 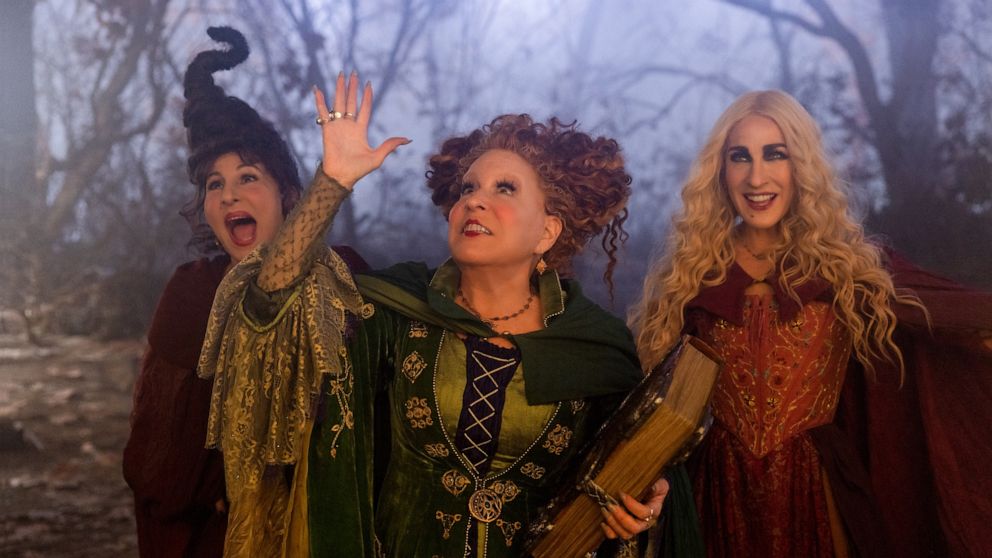 Meanwhile, Becca and Izzy must try to mend their broken friendship with Cassie (Lilia Buckingham), whose popularity at school and devotion to the lunkheaded Mike (Froy Gutierrez) have left their bond one short of a coven. But they still love her dad, Mayor Traske (the pricelessly funny Tony Hale).

As directed by Anne Fletcher from a script by Jen D'Angelo, "Hocus Pocus 2" benefits from a femcentric focus and diverse casting. Peak, the Ugdandan Canadian actress who stars on the reboot of "Gossip Girl," gives wannabe witch Becca just the right blend of fragility and strength.

Everything from the sets to costumes and makeup is a high-style hoot. Watching the sisters lose a Sanderson lookalike contest to a trio from RuPaul's Drag Race is just one of the hilarious set-pieces, most of them too good to spoil here. But it is great to see Doug Jones again as Billy Butcherson, the hottie Winifred turned into a zombie for giving in to her flirtatious sister Sarah.

Is "Hocus Pocus 2" often as exhausting as it is entertaining? Sure. But the inspired lunacy of Midler, Parker and Najimy is impossible to resist, whether they're flying on broomsticks or vacuum cleaners. One way or another, as the song goes, they're gonna get ya, get ya, get ya, get ya.