Talk about pressure. "The Lord of the Rings: The Rings of Power" -- estimated cost $465 million for season 1 with the tab cracking a billion when all five planned seasons are counted -- is the biggest limited series in, like, ever.

It's also the biggest target. Knives will be out when Prime Video debuts the first two of its eight episodes on Friday. Should anything cost that much? Can you really build a whole world from just the appendices of J.R.R. Tolkein's "Rings" books? And, c'mon, is it all worth it?

Not if you do the dumb thing and watch it on your smartphone. Supersize it and eyes will pop and jaws will drop as intended, revealing an earlier version of Middle-earth that startles our senses in just the way it should. The bigger the screen the better. There's that "big" word again. 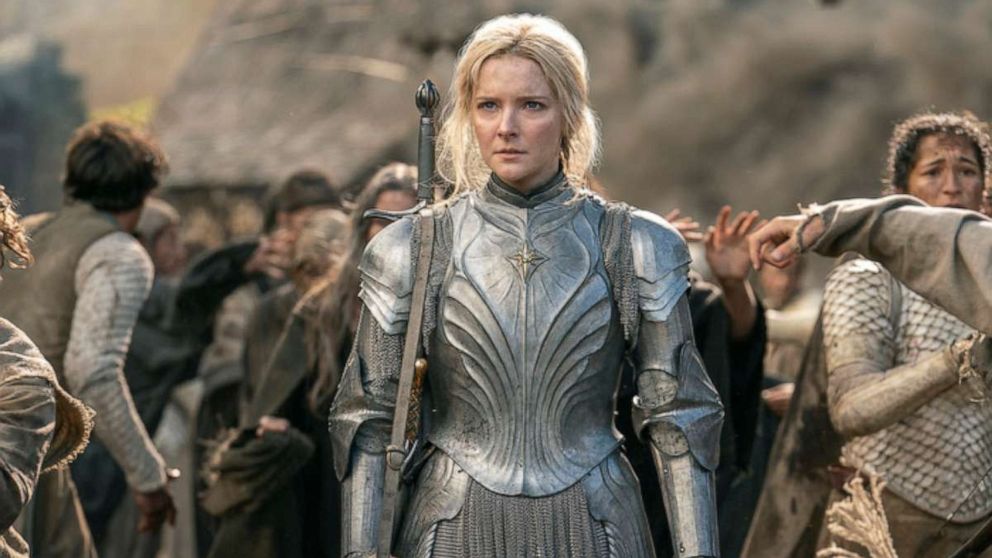 Matt Grace/Prime Video
Morfydd Clark stars as Galadriel in "The Lord of the Rings: The Rings of Power."

My big problem is that Prime shortchanged critics by only sending the first two episodes, rendering a final verdict impossible without seeing it all. Check this space after the Oct. 13 finale. For now we can say that the first episodes are drop-dead gorgeous, though plagued by pokey pacing, what with all the table setting needed to set the plot wheels in motion.

The foolish "woke"-haters are already rampaging about the diverse casting and the fact that women have so many key roles, starting with the defiant and dazzling Morfydd Clark as the immortal Elven warrior Galadriel, the future queen role Cate Blanchett embodied in Peter Jackson's film trilogy, whose third chapter, "The Return of the King," won a Best Picture Oscar.

Jackson wasn't consulted on the series, probably because "The Rings of Power" is set three millennia before the events in his "Rings" and "Hobbit" trilogies and before anyone had ever heard of Frodo, Aragorn, Gandalf and Gollum (dudes all).

Here, the focus is mainly on Galadriel (misogynists be damned!) as she leads her army against the all-seeing Sauron, who wants to forge the rings of power to lure the rulers of Middle-earth to the dark side. With vicious orcs at his command, he might do it. The cave scene in which Galadriel vanquishes a giant troll shows what "Rings" can accomplish when it's really rocking.

Sadly, it doesn't rock enough, preferring the family-friendly zone to the anarchy of raw experimentation. Galadriel lacks a dragon to ride like Rhaenyra (Milly Alcock) on the HBO prequel to "Game of Thrones," "House of the Dragon," a series that's hellbent on beating "Rings" in terms of luring new subscribers to its streaming service in a game of one-up-manship. 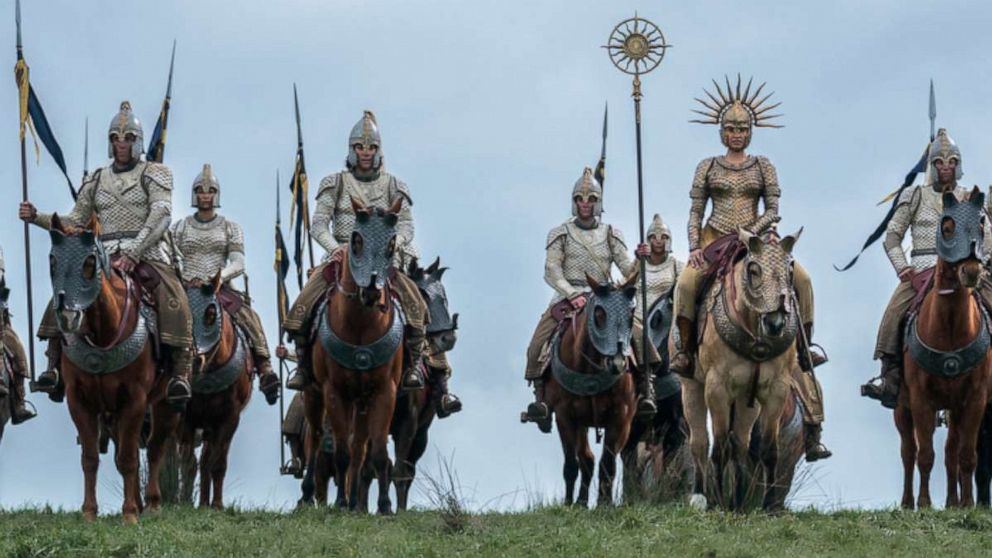 Matt Grace/Prime Video
Cast members ride horses in a scene from "The Lord of the Rings: The Rings of Power."

No knock on newbie "Rings" showrunners J.D. Payne and Patrick McKay. They at least try to shape their big chance at success into something epic and intimate. But the kind of innovation that separates the bland from the bold isn't yet in their wheelhouse. All the flashy special effects money can buy don't count for much if we don't care deeply about the characters.

The caring may come in subsequent episodes. You can't help but root for the interspecies romance between the human Bronwyn (Nazanin Boniadi) and Silvan elf Arondir (a terrific Ismael Cruz Córdova), who gets bullied as "Knife Ears" by Bronwyn's supposedly enlightened tribe. But little seems at stake when the elves and dwarves go at each other.

So far, the series falls short on humor, surprise and the scrappy enthusiasm Jackson brought to his "Rings" party. There's a lot of talk on this series, some of it clunky and cutesy. Show is always better than tell in entertainment like this.

The closest we come to hobbits are the Harfoots, precursors best represented by a frisky Markella Kavenagh as Nori Brandyfoot, who dreams of busting out of her dull life and finding other worlds to stir her imagination and spark new adventures.

It's the promise of other worlds that "Rings" is betting on to keep us coming back for more. The series is indeed a visual feast with a feel for the majesty of nature, seen in waterfalls and frozen mountainsides, that stands in stark contrast to the clash of battle. Put breathless excitement and vibrant flesh and blood on the wish list and we just may have something here.