Denzel Washington sees dead people. Or at least he does in "The Little Things," a terrific, twisty, killer-on-the-loose thriller whose final destination is the dark night of the soul.

Set in Los Angeles in 1990, before cell phones, DNA and computerized forensics, the movie -- in theaters and on HBO Max -- is old school and proud of it. Washington, dubbed by the New York Times as "the greatest living actor of the 21st century," plays Deputy Sheriff Joe "Deke" Deacon, a burnout haunted by visions of young women whose gruesome homicides he failed to solve. Deacon has survived a divorce, a triple bypass and a mental breakdown, but the dead still torment him. At a morgue, Deacon leans in close to a naked corpse and whispers, "You can talk to me -- I'm all the friend you've got." 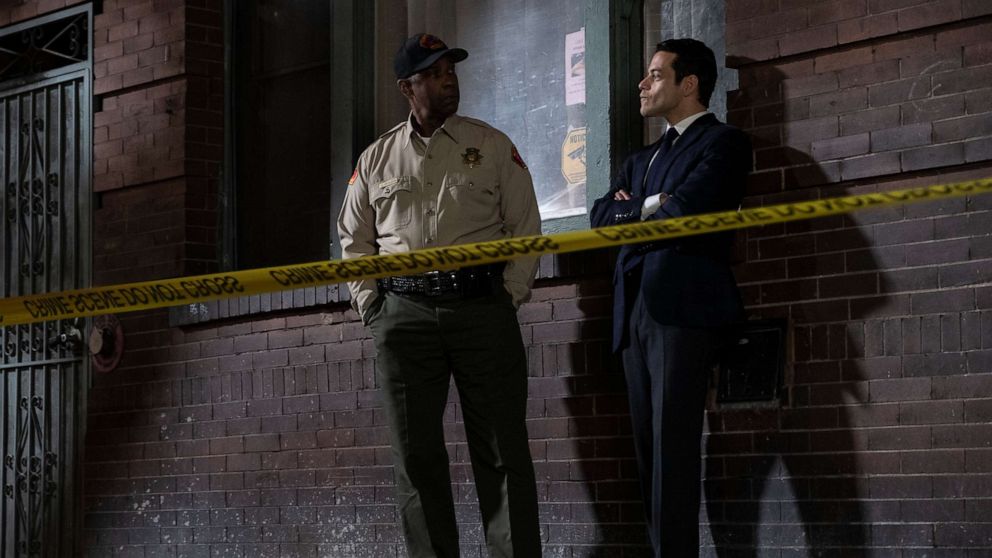 Nicola Goode/Warner Bros.
Rami Malek and Denzel Washington star in a scene from the 2021 film, "The Little Things."

Hooked yet? Just wait. A serial killer, who first struck in 1985, is back in action. But Deacon is now reduced to more routine work in sleepy Kern County. He's in Los Angeles to collect evidence. That's all, until it isn't. Hotshot LAPD detective Jimmy Baxter, given flash and fire by Rami Malek, teases Deacon for being as outdated as TV gumshoes Columbo and Kojak. But Deacon's painstaking methods soon earn Baxter's grudging respect as six new bodies pile up. "You own them," Deacon warns Baxter. Or do they own him? Baxter needs to find the culprit before the feds take over his case. For Deacon, hiding secrets he's slow to reveal, it's personal.

Although writer-director John Lee Hancock ("The Blind Side," "The Founder") can't hide the film's widening gaps in logic, he cuts to the chase with enough efficiency to keep you riveted. "It's the little things that rip you apart, Jimmy," Deacon says. He's not wrong. Oscar winners Washington ("Glory," "Training Day") and Malek ("Bohemian Rhapsody") play off each other with an emotional fervor that goes far beyond the call of pulp fiction duty.

Still, it's their chief suspect who steals the show. Enter the film's third Oscar winner, Jared Leto ("Dallas Buyers Club"), who's a jolting, diabolically funny livewire as shady repairman Albert Sparma, a crime buff who once confessed to a murder he didn't commit. Whether or not Sparma is the killer, Leto portrays him with a playful, irrepressibly wicked charm that hints at psychos from "The Silence of the Lambs," "Se7en" and his own version of The Joker in "Suicide Squad." But Leto is no copycat, making Sparma a unique blend of mirth and menace. His cat-and-mouse game with the two cops is meant to freak them out. Us, too. And it works like gangbusters. 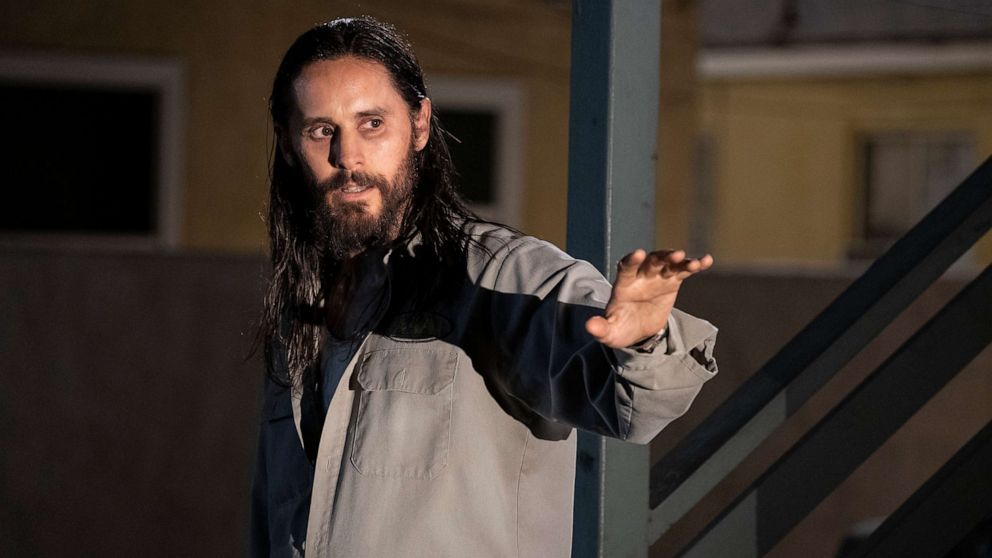 Nicola Goode/Warner Bros.
Jared Leto stars in a scene from the 2021 film, "The Little Things."

Despite his long hair and Manson beard, Sparma is deceptively childlike. He orders a Shirley Temple to go and says, "oh poop," if rankled. When the phone rings at the police station where he's being interrogated, Sparma asks in mock innocence, "Is that for me?" He goes all fanboy on Baxter, saying, "I know you -- you're famous." When Deacon shows him a photo of a murdered girl, Sparma goads the fragile cop by saying, "with 11 more you can have a calendar." Deke takes the bait and goes ballistic. "You lost control," Sparma deadpans. Leto, calibrating every nuance for maximum effect, creates a movie creep for the ages. He's phenomenal.

It's no big thing that "The Little Things" fails to deliver the whodunit gorefest some may expect. Hancock and his trio of acting champs are after something more elusive, a mesmerizing mind-bender about the lasting moral aftershocks of murder. A climactic scene of gravedigging, in which Sparma leaves two obsessive lawmen twisting in the wind, proves that even an unapologetic movie throwback can still muster the power to sneak up and floor you.