Stanley Tucci has become well known for his love of Italian food and culture.

But if you ask Tucci for his favorite food, his answer might surprise you.

"I don't have one. There is no such thing," the actor told "Good Morning America."

"I would have great difficulty living without pasta. But there are so many, many, many dishes. I mean, listen, even a good oyster is sometimes the greatest thing in the world." 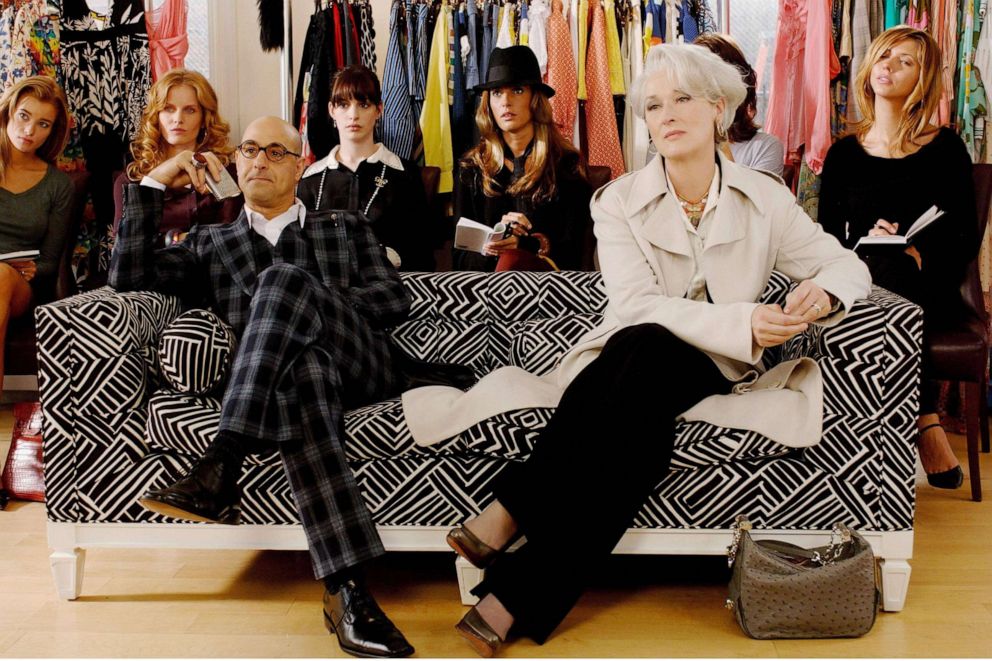 Before we fell in love with Tucci in the kitchen, he stole our hearts on the big screen in "The Devil Wears Prada."

"​​I'm uncomfortable in both places. And I like to be in both places," Tucci said about being on set versus the kitchen "I love acting. And I love the camaraderie that movie sets bring, but the same holds true for being in the kitchen."

Fortunately for us, Tucci doesn't have to choose between the two.

Between his CNN travel series, "Searching for Italy," and his memoir, "Taste: My Life Through Food," it's always been a priority for the Academy Award nominee to pay tribute to his Italian heritage. 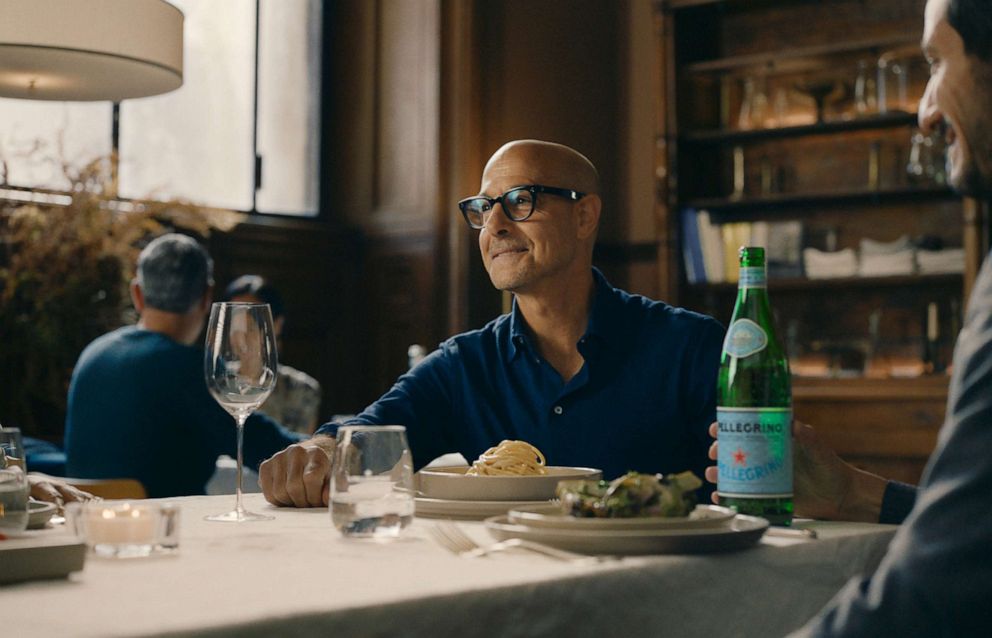 "Staying true to your roots is a really crucial thing for immigrants," he said. "However, when you're confronted with a society that maybe doesn't accept you, because you're not indigenous, then that's a really difficult thing."

Tucci's parents are of Italian descent and the family lived in Florence when he was young.

"I think it's really important for people to be able to assimilate and still hang onto their traditions," Tucci said. "And I think that the more we do, the stronger the society they've moved to will be. We don't all want to be the same. That would be pretty boring, wouldn't it?"

For his latest venture, Tucci has joined with S. Pellegrino to unveil a limited-edition "Stan Pellegrino" bottle set.

"I was very flattered that they came to me because, first of all, I've been drinking it for years," he said. "And it comes from this incredibly beautiful, pure place." 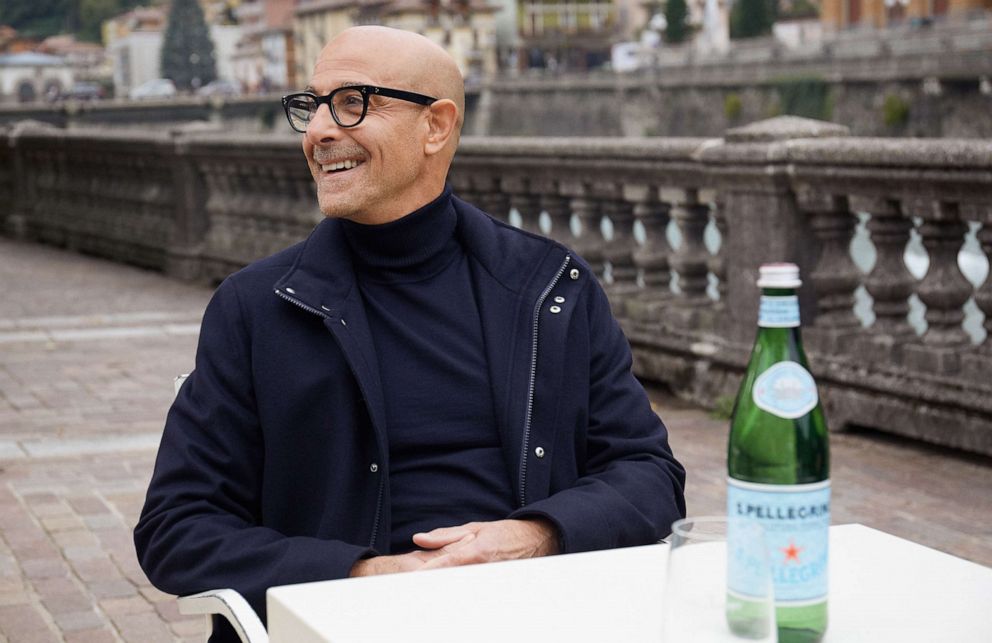 S. Pellegrino even brought the Italian voyager to the source of their water: San Pellegrino Terme in Bergamo, Italy, which is where he was when we conducted this interview.

"Food is a really crucial part of our lives," said Tucci. "And anything that I can do to help bring people to the awareness of Italy's strengths is something I'd like to do."