In the new clip, released ahead of the film's premiere on Friday, the Sanderson sisters meet two young girls, played by Whitney Peak and Belissa Escobedo.

Hocus Pocus 2
It's been 29 years since someone lit the Black Flame Candle and resurrected the 17th-century Sanderson sisters, and they are looking for revenge.
MORE: 'Hocus Pocus 2': Everything we know so far

Peak and Escobedo's characters trick the Sanderson sisters -- played by Bette Midler, Sarah Jessica Parker and Kathy Najimy -- into thinking that they're 40 years old, and not actually teenagers. They also tell them that it's thanks to serums and lotions that they're able to achieve their youthful look. 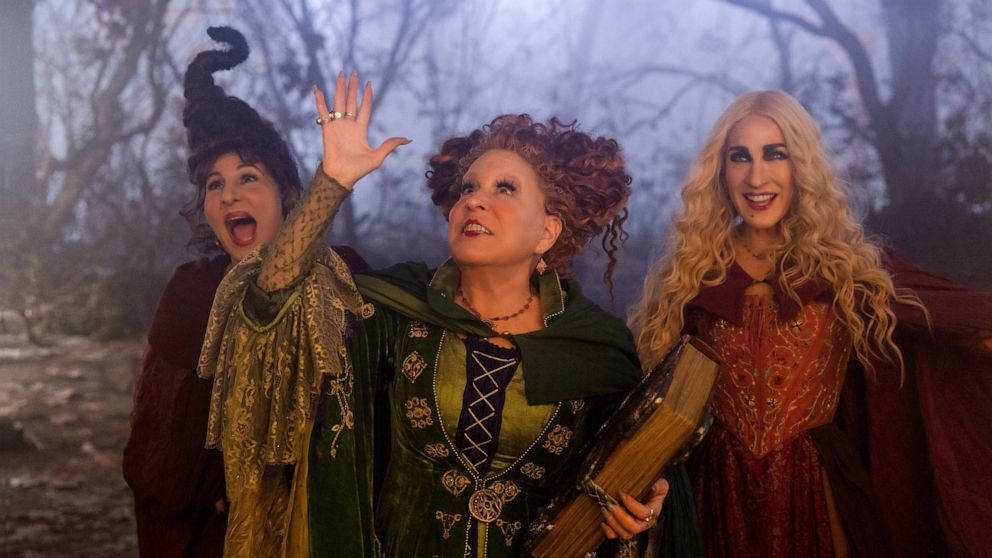 In the original "Hocus Pocus" film, which premiered back in 1993, fans learned that Winifred, Sarah and Mary Sanderson need the souls of children to become immortal.

"We eat young souls all the time," Peak's character says in the new clip. "Just like you guys, that's why we brought you back! You are our idols."

"And great news," Escobedo's character chimes in. "You don't even have to brew the potions anymore, you can just buy them."

"We have a whole youth and beauty industry! Shops where you can buy all sorts of serums and lotions," Peak says.

In "Hocus Pocus 2," the Sanderson sisters are accidentally brought back to life on All Hallows' Eve. According to the movie's synopsis, someone lights the Black Flame Candle and resurrects the 17th-century witches, who are looking for revenge.