“The Book of Boba Fett" is one of the many highly-anticipated shows coming to Disney+ this December.

The official trailer for "The Mandalorian" spin-off debuted earlier this month. In the series, Temuera Morrison returns as Fett, and Ming-Na Wen plays Shand.

MORE: Holiday movies and shows to watch on Disney+ 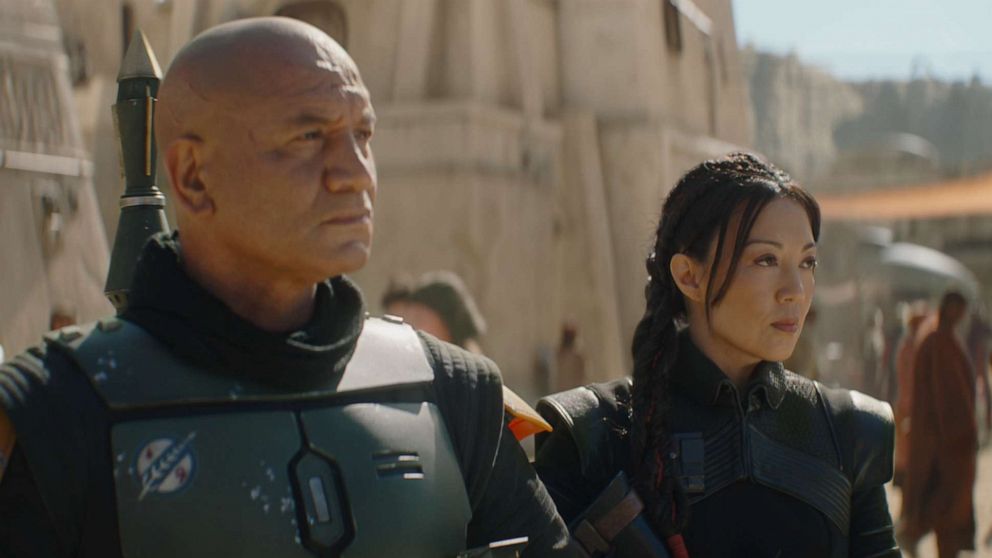 Lucasfilm
Temura Morrison is Boba Fett and Ming-Na Wen is Fennec Shand in "The Book of Boba Fett," on Disney+.

Additional titles to mark on your calendar include "Welcome to Earth" with Will Smith, premiering Dec. 8, more episodes of the Marvel series, "Hawkeye," and the new Keke Palmer-hosted competition series with Disney-inspired food sculptures, "Foodtastic," which hits Disney+ on Dec. 15.

Check out the full list of December arrivals on Disney+ below:

MORE: 'Hawkeye' arrives on Disney+: What to know about the new Marvel series

MORE: Disney+ Day 2021: What to stream, how to subscribe and more