Father’s Day has arrived during a moment of reckoning and reflection in our nation. The country finds itself in the midst of a massive uprising demanding racial justice and condemning police brutality. Americans are discussing race in ways seldom seen in the country’s 244-year history, creating a national dialogue that transcends socioeconomic barriers which typically stall meaningful action.

For white parents, the dialogue has many families tackling a difficult question: How do we teach our children to recognize the privilege or advantages that exist in America based on the race and gender they were born with? How do we teach our white sons?

“As we celebrate Father's Day in the context of this larger set of experiences of race in America, it's really important to make sure that as men, we are part of the struggle for change in our communities,” Kirk Harris, the CEO of Fathers, Families and Healthy Communities and a professor of urban planning at the University of Wisconsin-Milwaukee, said. “That we don't shrink from that responsibility, that we are actively engaged with our children and our communities. We have to engage those dynamics to transform the set of experiences that we hope our children can have in America that may be very different than the experiences we’ve had over our lifetimes.” 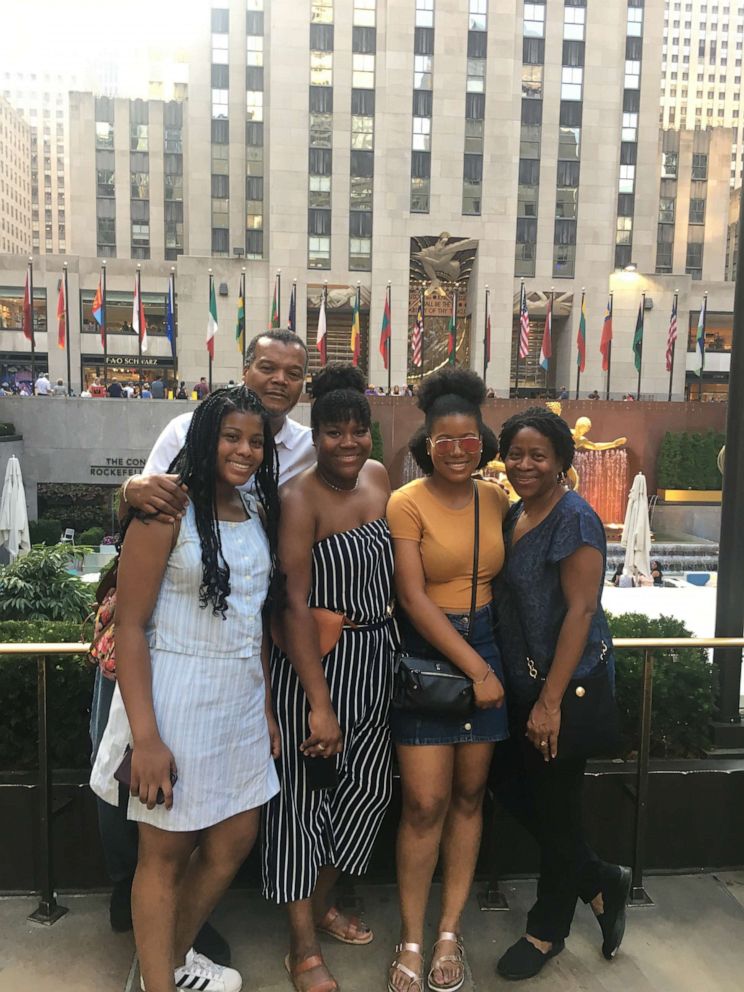 Kirk Harris
Kirk Harris shares parenting advice on how to teach kids about race and privilege.

For Aaron Gouveia, journalist and author of "Daddy Files,” teaching his 12-year-old son, who is white, about systemic racism and white privilege is his responsibility as a father.

“The best way I ever explained it to my 12-year-old is we're all playing the same video game, except the difficulty level for white, straight men is playing the game on the easiest setting,” Gouveia said. “When you're black, brown, female or gay, that level goes up; you have all these added obstacles. That really landed with him because he realized we're all playing the same game, except there are different rules and harder obstacles for people who don't look like him.” 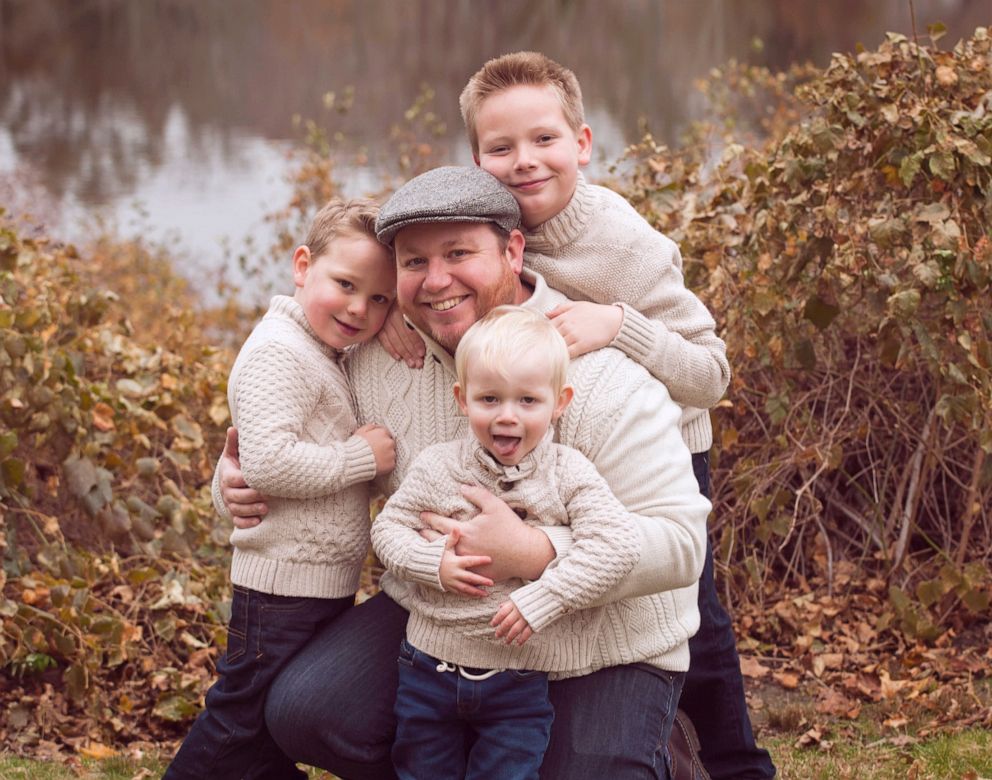 Aaron Gouveia
Aaron Gouveia shares parenting advice on how to teach kids about race and privilege.

Gouveia explained blunting racism and sexism in our youth starts with having these types of conversations with children when they’re young. The bulk of Gouveia’s work for more than a decade has focused on toxic masculinity and raising boys to be good men.

“There is this misnomer that when you say toxic masculinity, you're saying all masculinity is bad, and that couldn't be further from the truth,” Gouveia said. “Many men want to protect their family and loved ones, and that's fantastic, that's a good thing. But how many fathers have told their sons to stop throwing like a girl or referred to something negative as gay or using ‘feminine’ as a pseudonym for bad. It's a million little examples like that and they’re all examples of toxic masculinity. It's something we can do without. It has far more reaching effects than a lot of people realize.”

Gouveia’s new book, “Raising Boys to Be Good Men,” offers parents a guide on how to navigate the sometimes bumpy road of raising boys better. 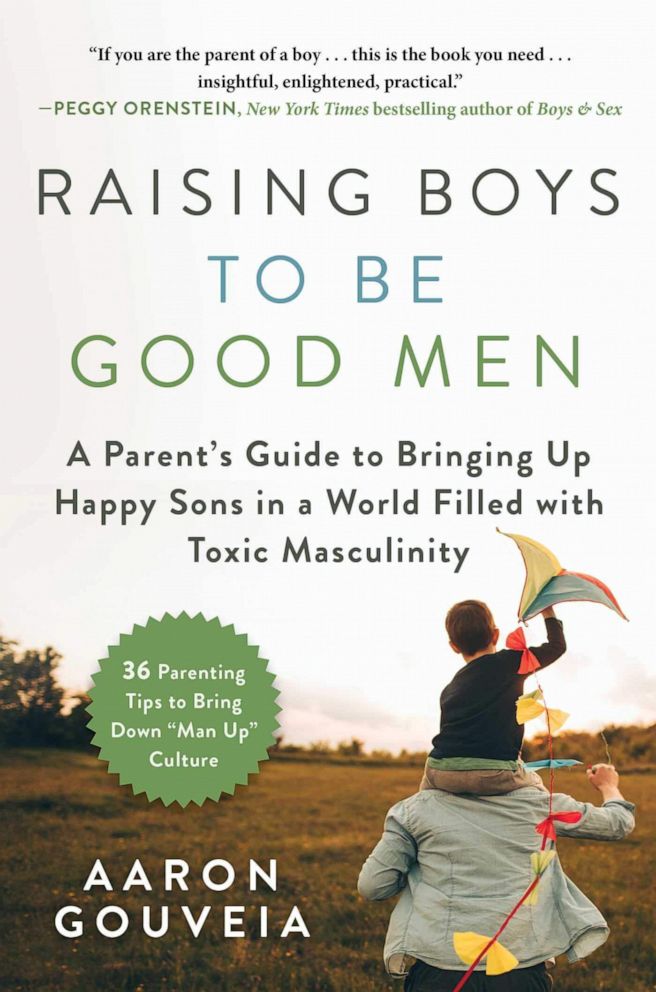 “I break down 36 tips for parents who want to steer away from toxic masculinity and start thinking about this stuff,” Gouveia said. “From gender reveals, to mom and dad roles in a heterosexual relationships, to men stepping up on the home front. It hits on all my writings for over a decade-and-a-half now and looks at all the mistakes I've made. I've been the biggest offender of some of the things I'm talking about because I was ignorant and didn't know any better.”

Gouveia and Harris shared five activities families can do with their kids this Father’s Day and beyond for those who wish to help the next generation understand the complexities of America’s current social unrest.

“The most important thing right now is not to be afraid to have conversations about race and gender with your kids,” Harris said. “Which translates to telling our kids that it's not enough that they commit themselves to be anti-racist. They have to embrace the hard truths in American history. The next step is they have to raise their voices to challenge these structures of inherently built-in inequalities within society.”

1. Have a discussion on race and gender at the dinner table

“I think kids hone in on the idea of fairness. So many parents hear the question, ‘How come my brother can do this but I can't?'" Gouveia said. “When you explain these things to your kids -- that not too long ago, black people didn't have the right to vote in this country, women just the same, gay people couldn't marry each other until very, very recently-- that sinks in, my kids got that. They said, 'Well wait, people just have a different color skin, how is that fair?' Focus on the idea of fairness because it’s a concept kids seem to comprehend immediately and can strike a chord right off the bat.”

2. Donate and/ or participate in a cause you care about together

“Have your kids help you choose worthy organizations to donate to so they'll feel more empowered to recognize their privilege and battle racism,” Gouveia said. “Local Black Lives Matter chapters, NAACP, Black Youth Project 100, Southern Poverty Law Center, the list goes on. Taking your kids to racial equality and BLM marches and explaining why you're there is very important and instills the need for action.”

3. Watch and discuss a movie together

“A movie on American history -- ‘Harriet’ for example,” Harris said. “Talk to them about what they saw and explain to them what you believe are the chief concerns and how that manifests in society today. There are all kinds of ways to do it with so many films; it depends on where the child is in their developmental cycle but have the conversation with them nonetheless.”

4. Read a book with each other

“This is about a girl with very dark skin who wishes she were lighter-skinned but takes a journey into the night that makes her appreciate her unique beauty,” Gouveia said. “Good conversation starter.”

“Was just released and has beautiful illustrations that empower parents and young kids to battle against racism in the name of a more just society,” Gouveia said.

“Something Happened in Our Town: A Child’s Story About Racial Injustice” by Marianne Celano

“This is a story about a white and black family talking through a police shooting that occurred in their town and helps answer children's questions about such traumatic events to help them identify and counter racial injustice in their own lives,” Gouveia said.

“This isn’t possible for most at the moment, but take kids to museums where there is American history and a discussion about slavery,” Harris said. “I would recommend an African American museum as one example. You take kids to a place like that and you explore the history with them, talk to them about what that is, what happened. They have questions about why this occurred and you have the opportunity to prompt the conversation that's more natural and connects the kids in a visual and tactile experience.”