When Nicholas Allen, 22, graduated from Cornell University last month, he had hoped his grandfather, Gail Allen, would be able to be there to watch him be commissioned in the U.S. Navy.

Nicholas Allen, who is going to nuclear power school with the goal of working on a Naval submarine, said he grew up hearing stories of his grandfather's own service in the Navy.

"My dad would tell the stories from my grandfather of his military time," he told "Good Morning America." "When it came time, I decided I also wanted to be in the military. And I knew I liked engineering and knew that career path with submarines would be a good one to follow."

Gail Allen, 78, enlisted in the Navy out of high school and served for 13 years, only leaving the service so he could gain custody of his two sons, one of whom is Nicholas's father, Ret. Lt. Colonel Kenneth Allen, who served 24 years in the U.S. Army.

"He gave up his career for us," said Kenneth Allen, Ph.D., a physics and nuclear engineering professor at the United States Military Academy in West Point, New York. "He always talked about the Navy and was so proud of it that I decided I wanted to join the military, too." 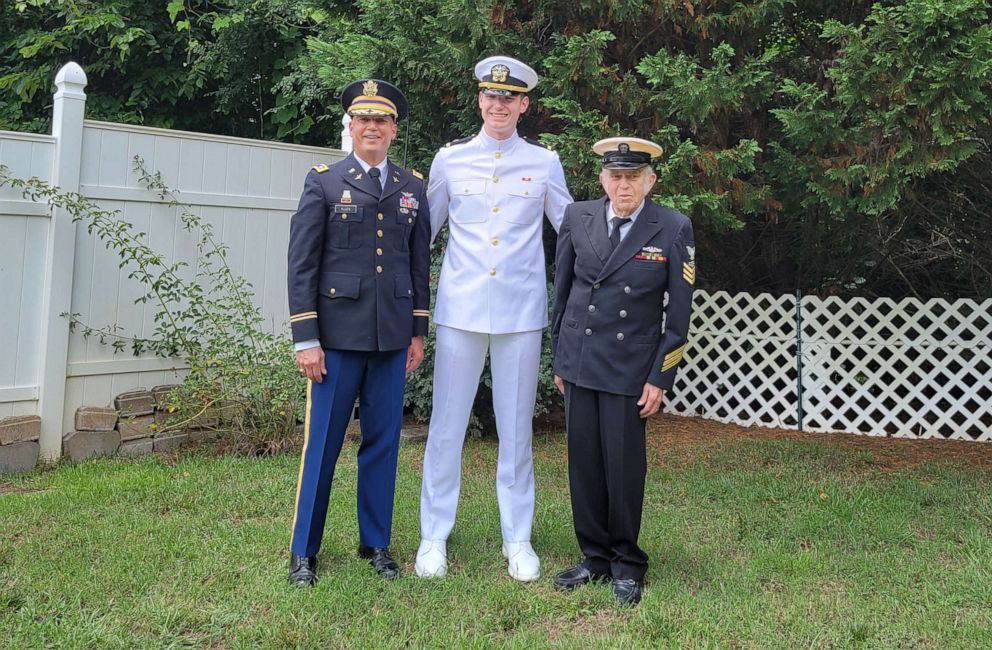 Nicholas's hope that his grandfather could travel from his home in South Carolina to New York to attend his commissioning was dashed when Gail Allen was diagnosed last year with Alzheimer's disease.

"He remembers things from a long time ago. He remembers his time (working on the family) farm and his time in the military," Kenneth Allen said of his dad. "He forgets things short-term like whether or not he has eaten."

When Nicholas learned that his grandfather could not attend his graduation, he decided to go to his grandfather in South Carolina to do his first salute, one of the most storied military traditions in which a newly-pinned officer receives their first salute from an enlisted service member. 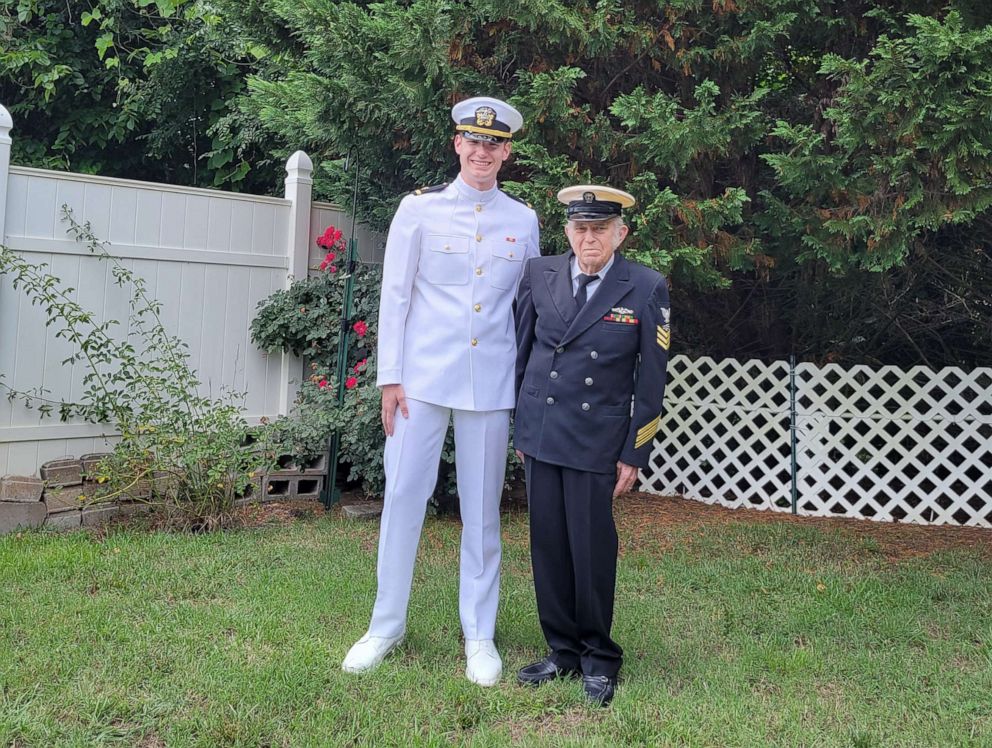 "It's a really big deal," Nicholas said of the tradition. "It's a sign of respect to be given the first salute."

Last week, Nicholas stood in the backyard of his grandparents' home and saluted Gail Allen, who wore his Navy uniform -- the first time he had worn it in decades, according to his son.

"My mother was determined that there was no way my dad's uniform was going to fit, and it fit perfectly," said Kenneth Allen. "We put it on him and he came out and he was standing taller than he has in years. My mother was in tears." 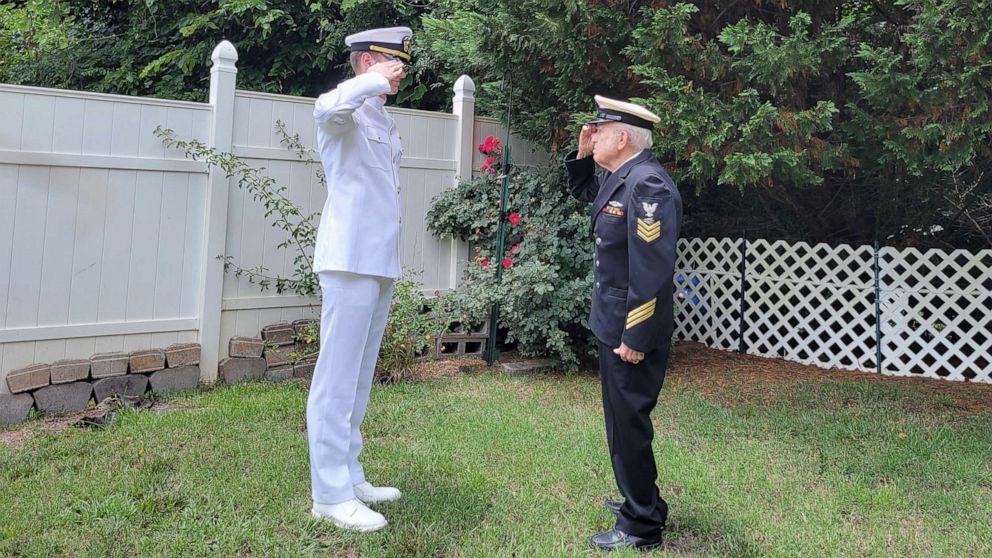 It marked the first time Gail Allen's son and grandson had seen him in uniform, according to Kenneth Allen.

MORE: Soldier surprises daughter at high school graduation after not seeing her for years

"I never saw him in uniform, but he talked about the Navy all the time," he said of his dad. "He still to this day wears his (Navy) submarine service hat. It was such a big deal to him and so important to him."

Making the moment even more special was that Gail Allen is still within the progression of Alzheimer's where he recognizes his son and grandson and was able to appreciate the significance of the moment, according to Kenneth Allen, who shared the moment in a viral LinkedIn post.

"We're at a good time to be able to share this and be together," he said. "I'm thankful that we captured the moment."