An Oregon mom of two is urging parents to think of every possible safety hazard in their homes after her 10-month-old son opened a heating vent and fell 8 feet below their house.

"I didn't think I had to worry about the vents," Saydie Reedy told "Good Morning America." "There's other dangers in the world to worry about, I thought, than heating vents."

MORE: Nurse asks, 'Did you know I was there?' in touching viral post

Reedy, of Coburg, Oregon, was doing dishes last week just a few steps away from where her sons, 10-month-old Kolson and 3-year-old Jackson, were playing.

Reedy was about to check on her sons when she said Jackson ran to her and said, “Baby in." The 3-year-old eventually pointed to an open heating vent on the floor and said "Baby in" again, at which time Reedy called 911, panicked. 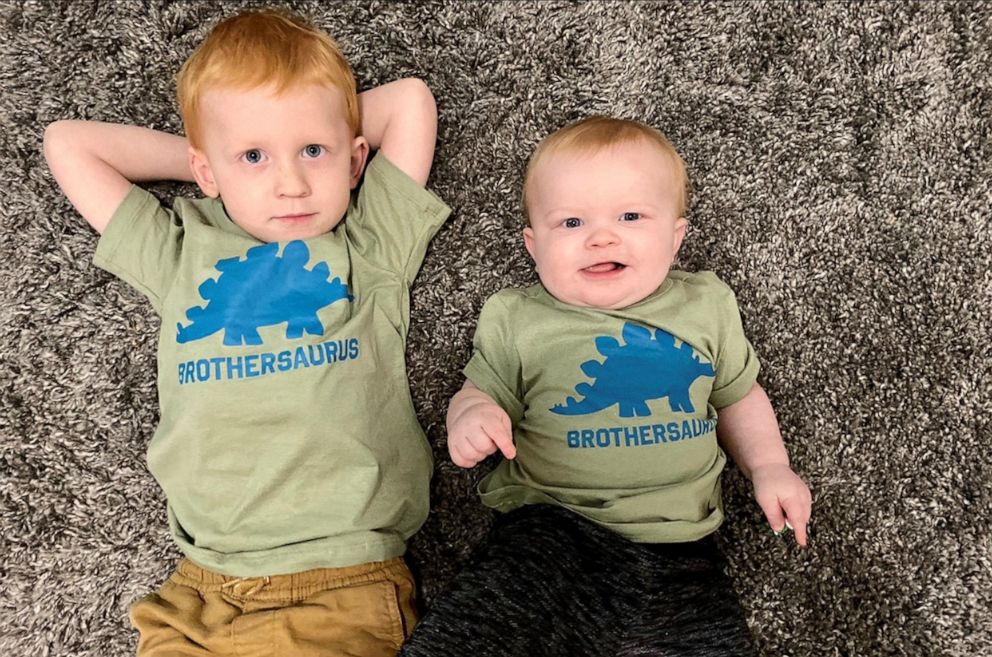 "I couldn't even fathom that my baby was down a vent," she said. "I never even thought of that."

Reedy and her family just moved into their 1920s-built home in August and were in the process of renovating it, which is why the heating vent cover was not properly screwed in.

When police officers and firefighters arrived at the home, they could not hear Kolson crying through the vent opening. They then searched for and found the crawl space under the home. 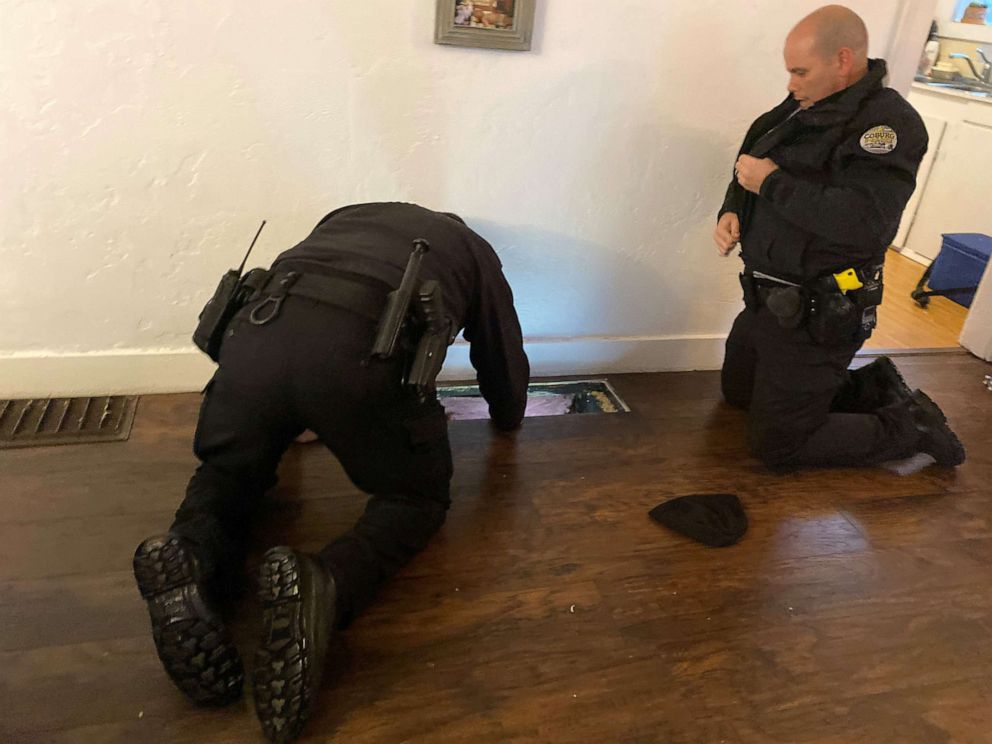 Courtesy Saydie Reedy
Police officers in Oregon look in a heating vent that a 10-month-old baby fell through.

Officer Kevin Wilson, of the Coburg Police Department, took off all his gear and climbed into the crawl space to find Kolson.

"I crawled about 15 to 20 feet back to where the heat register was and I could hear him crying," said Wilson. "I cut the strap that was holding the heat tube and kind of accordioned it all the way to him and grabbed his arm."

"As soon as I grabbed his arm he stopped crying and then he just looked at me like, 'What are you doing here?'" Wilson recalled.

Wilson then scooted on his back with Kolson to the heat vent's opening in the floor and lifted Kolson up to a waiting police officer.

MORE: 4-year-old being called a hero for calling 911 and saving her mom's life

The toddler emerged with just a few scratches on his face and hands, according to both Wilson and Reedy. 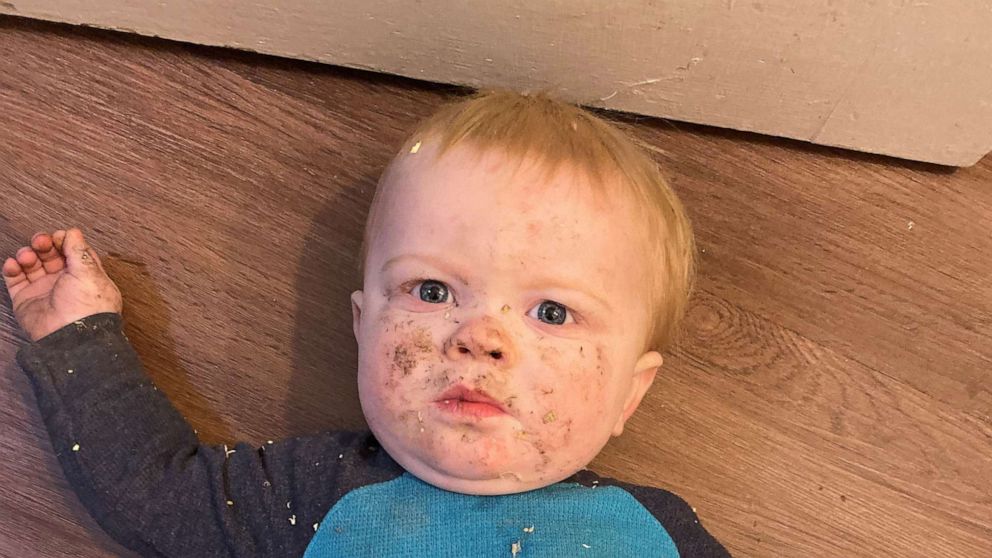 Courtesy Saydie Reedy
10-month-old Kolson Reedy was rescued after feeling through a heating vent in his family's Oregon home.

"He was totally unfazed by it," Reedy said of her son. "I took him to the doctor and they said he was fine."

Reedy later brought Kolson to the police department so they could personally thank Wilson and the other police officers and firefighters who saved his life.

"It was really emotional," Wilson said of the reunion. "I think afterwards you look back and think, 'Was it really that bad?' and then you think it through and it was bad and could have been way worse. The reality of what you did kind of hits you."

Reedy said she and her husband immediately screwed all the heat vents in their house into place and are taking a second look at safety hazards they may not have initially considered.

Wilson recommends parents walk through their homes and take inventory while thinking like their kids.

"The very thing you're thinking a kid would never do, they'll do," he said. "You have to think the way they'd be thinking and think of the things their fingers can get on."