A 7-year-old's request to Old Navy to "make girls' jeans" with real front pockets has been answered after she wrote a letter to the brand's corporate office.

Kamryn Gardner, a first grader at Evening Star Elementary School in Bentonville, Arkansas, sent the note in mid-January which read the following:

Kamryn wrote the letter after participating in a persuasive writing unit where her class sends a letter to principal Ashley Williams.

This year, Kamryn and her fellow students asked for new playground equipment. 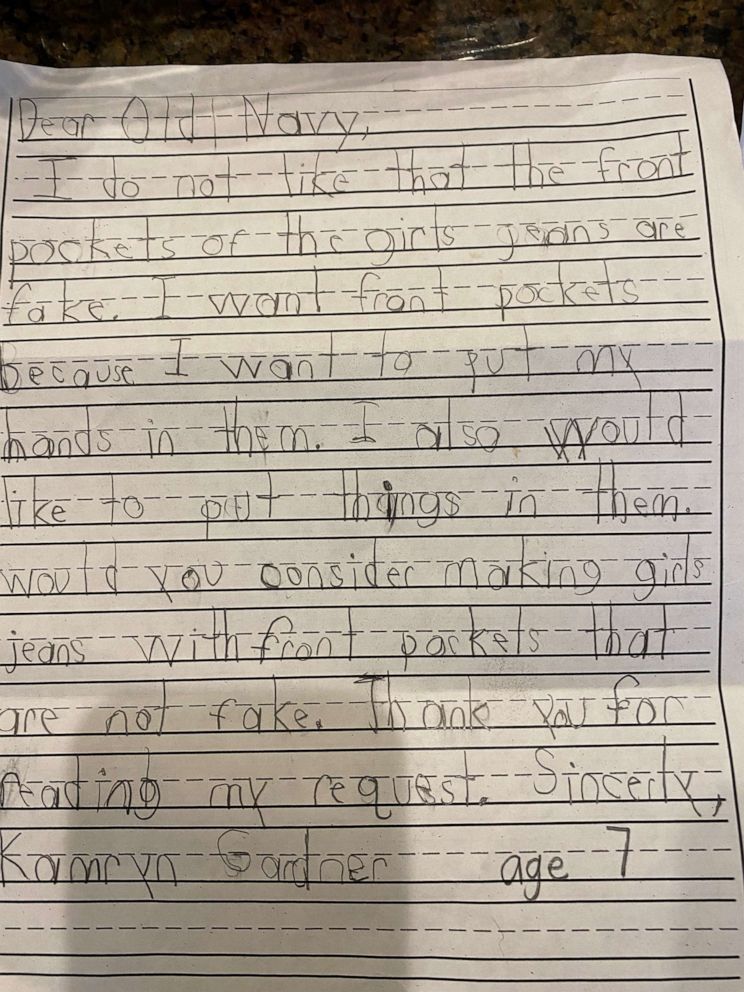 Kimberly Gardner, who is Kamryn's mom and also a first grade teacher at Evening Star, said Kamryn had the idea after seeing that her brother had pockets in his jeans.

The clothing company does make girls' jeans with pockets, though Gardner said she purchased the ones without.

"She was frustrated her jeans didn't have pockets, so I suggested and encouraged her, 'What do we need to do?'" Gardner told "Good Morning America."

"She's very passionate about life ... and uses her voice," she added. 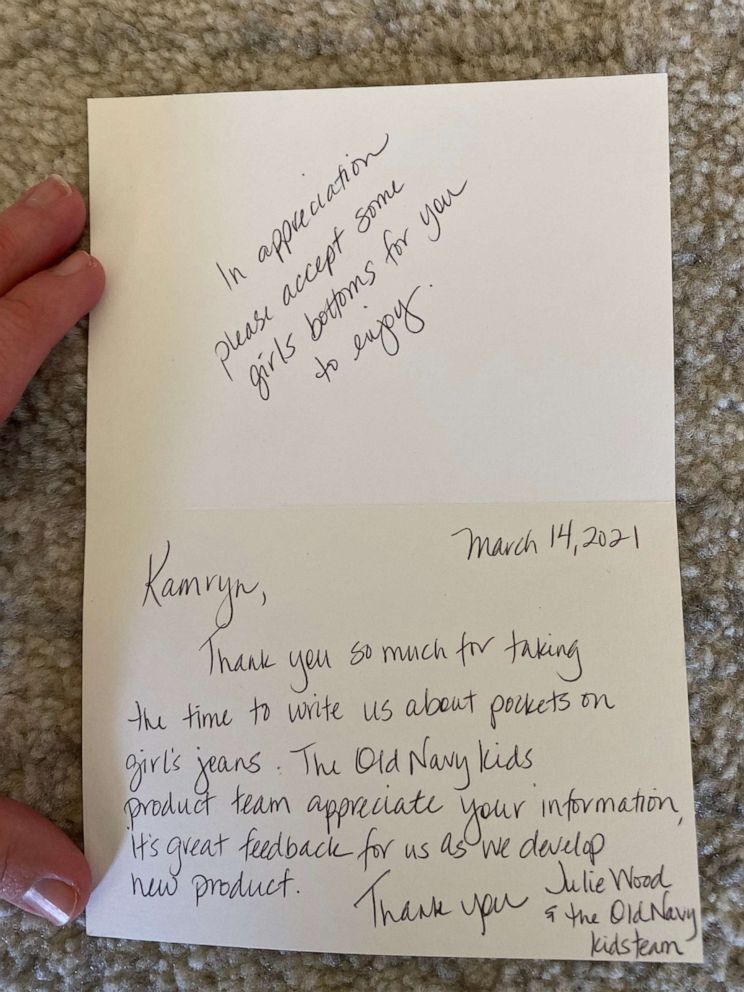 Bentonville Schools
Kamryn Gardner, 7, of Bentonville, Arkansas, received jeans with pockets after writing a letter to the team at Old Navy. She also received a reply letter from the brand's product team.

The Old Navy Kids Product Team recently replied to Kamryn's letter, writing it "appreciates your information and feedback for us as we develop new products."

The team included a gift for Kamryn -- four pairs of jeans in her size which included pockets. Gardner said Old Navy emailed her prior asking for Kamryn's size. 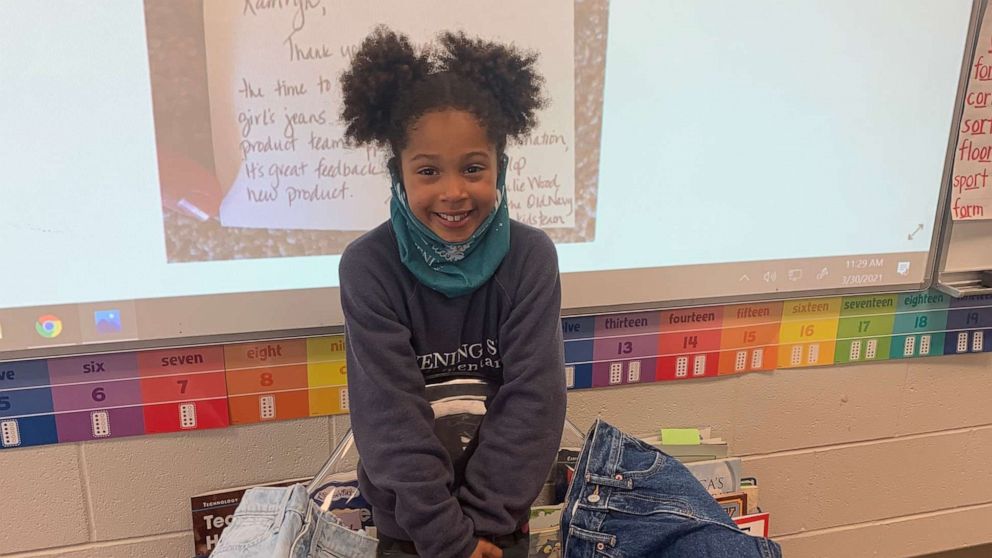 Bentonville Schools
Kamryn Gardner, 7, of Bentonville, Arkansas, received jeans with pockets after writing a letter to the team at Old Navy.

"It's really exciting to see the world get a glimpse of her, fall in love with her and be inspired by her passion," Jayne told "GMA."