Susie and Tony Troxler will celebrate their first Thanksgiving this year as parents, and they are doing so at the age of 50 and 61, respectively.

Susie Troxler, a psychologist in High Point, North Carolina, gave birth to their daughter, Lily Antonia Troxler, on Sept. 29, 2021, after just over a decade of trying to get pregnant.

"It's really, really, really surreal," she said of welcoming a daughter at age 50. "I'd been unmarried, I'd been a wife and now the idea of being a mommy, it still hasn't sunk in I don't think."

The Troxlers had tried to have a baby since marrying 13 years ago, but were never able to naturally conceive.

Susie Troxler said that for both she and her husband, seeking fertility help was not something they considered, simply because they did not know what options existed.

"When we got married, we just assumed we'd get pregnant, and then it didn't happen," she said. "But we're both very old-school, and when we grew up, nobody even talked about or discussed IVF [in-vitro fertilization]. It wasn't even a thing."

That changed around three years ago, when Susie Troxler went in for her annual exam with a new-to-her OBGYN at Cone Health, a North Carolina-based health care network where Tony had recently been hired in the security department.

"At the end of the appointment, she asked me a question nobody else had ever asked me: 'Is there anything else, any concerns or questions?,'" Susie Troxler recalled. "Because she asked it, I mentioned that we hadn't gotten pregnant, and she said, 'OK, we can work on that.'" 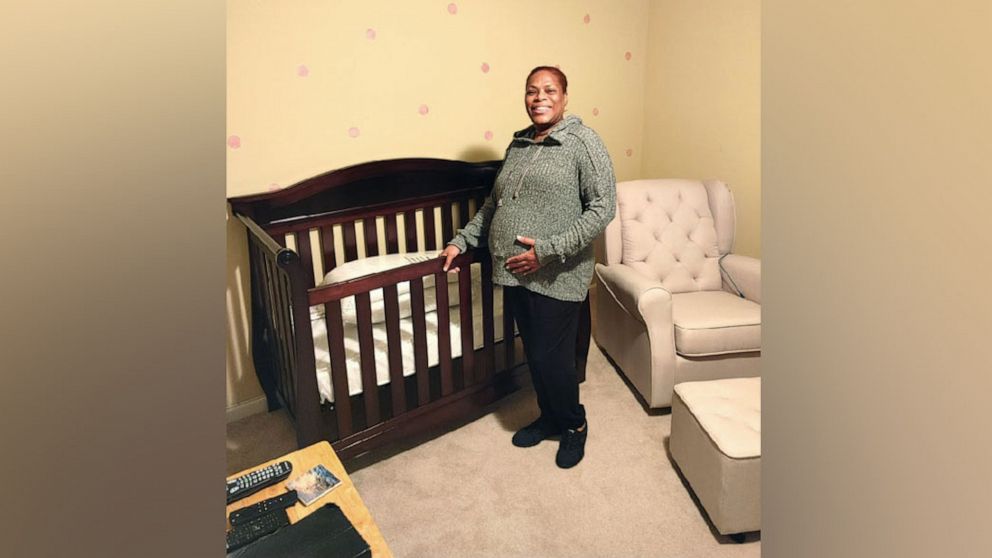 Courtesy Tony and Susie Troxler
Susie Troxler is pictured during her pregnancy at age 50.

"Typically, if someone was younger and had a longer period of time to conceive, I would start the work-up for infertility," said Harraway-Smith. "Because of her age, I knew we had a short window, so I referred her to a reproductive endocrinologist."

The reproductive endocrinologist diagnosed Susie Troxler with fibroids, which are usually benign, muscular tumors that grow in the wall of the uterus. They are most common in women in their 40s and early 50s, and are more common in Black women than white women, according to the U.S. Office on Women's Health.

Susie Troxler underwent surgery in January 2019 to remove the fibroids, but was told she and her husband would still not be able to get pregnant naturally, both because of her age and because of health complications on her husband's side.

MORE: Why more women are having babies at 50 and beyond

People pregnant and trying to get pregnant over the age of 35 are considered to be of "advanced maternal age," a term used in the medical community. Being older not only makes it more difficult for a person to become pregnant, it also increases the risks of complications, like gestational diabetes and preeclampsia for the mother, or premature birth and birth defects for the baby, according to the March of Dimes.

The Troxlers underwent several rounds of IVF, but after not being able to produce a viable embryo, they turned to egg donation.

Susie Troxler underwent the first embryo transfer in late 2019, but it did not take. Several months later, in spring 2020, the coronavirus pandemic emerged in the United States and put their plans for a family on hold for nearly one year due to pandemic restrictions.

In February, the Troxlers decided to try their last viable embryo, a frozen embryo, which they considered to be their last chance. 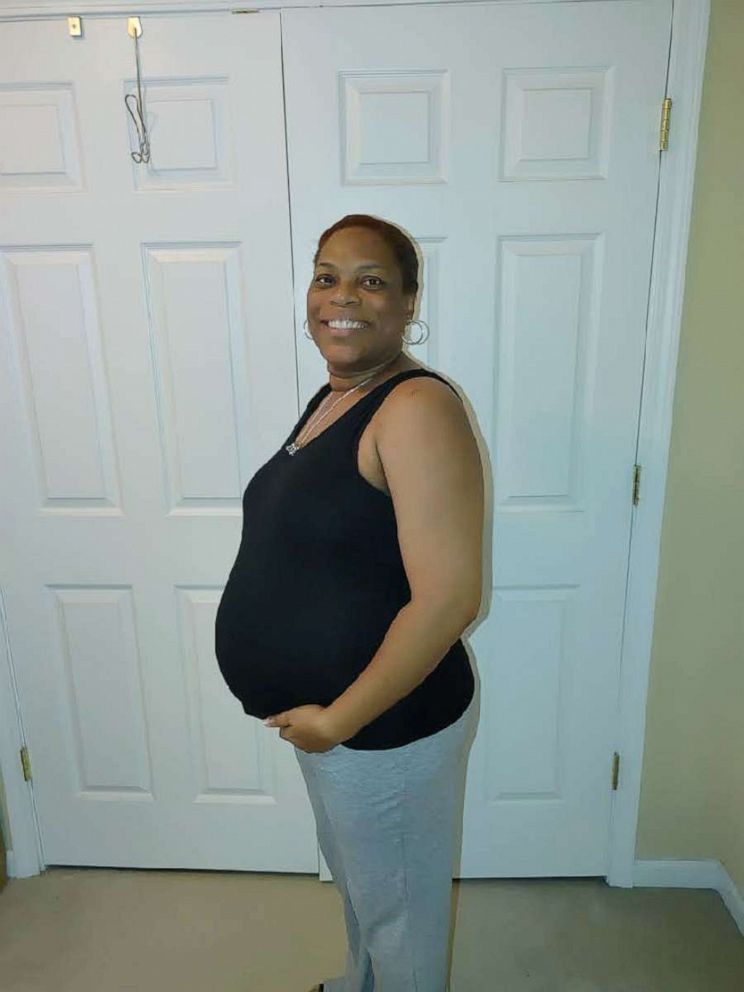 Courtesy Tony and Susie Troxler
Susie Troxler is pictured during her pregnancy at age 50.

"I don't even have words for it," she said of her reaction to the pregnancy.

"It was amazing and surreal," Tony Troxler said of learning he would be a first-time dad.

Susie Troxler had what she described as a "pretty uneventful" pregnancy with mild pregnancy symptoms and no major medical complications.

She underwent a planned C-section on Sept. 29, that was led by Harraway-Smith, whom the Troxlers credit with starting the process that led them to becoming parents.

"It was a beautiful and exciting and peaceful moment," Harraway-Smith said of Lily's delivery, during which she said Susie Troxler hummed a gospel song. "Everyone in the room was excited and she came out healthy and happy and was just a beautiful baby." 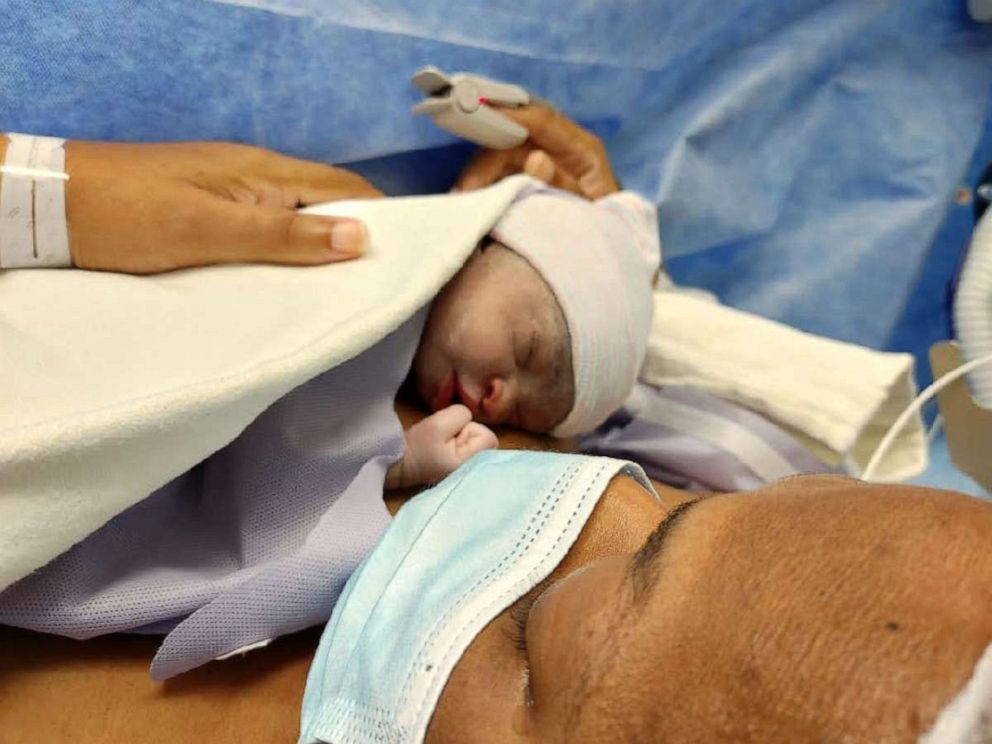 Now the Troxlers are in the middle of the sleep-deprived first months of being new parents, an experience they said they wouldn't change for the world.

"Even now I find myself just staring at her," said Tony Troxler. "Before she was born, she had me wrapped around her pinky finger." 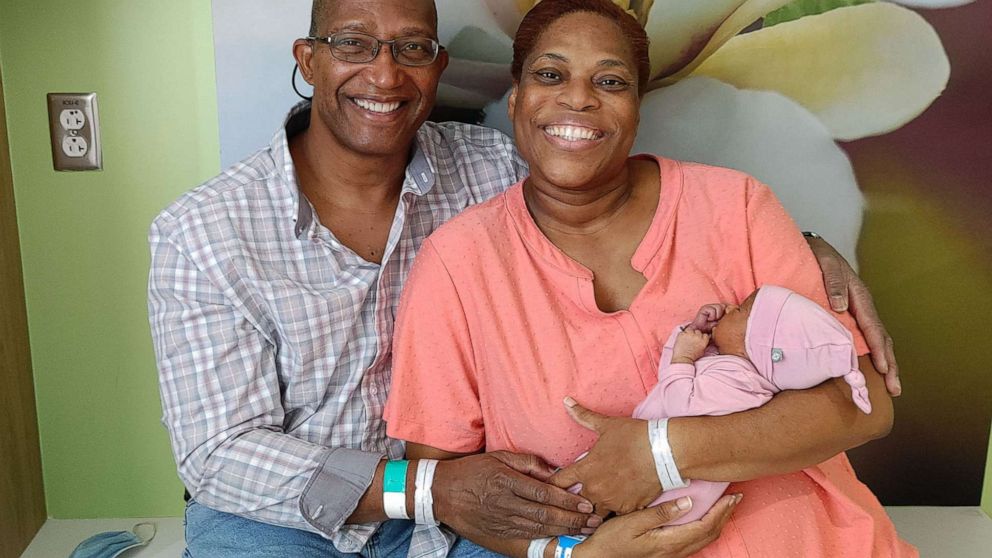 Added Susie Troxler, "I'm of the belief that kids come when they're supposed to come, regardless of the age of the parents. We look at it as this is exactly how it was meant to be. She's our miracle baby."