Dayka Robinson and Dr. Soyini Hawkins are two of the approximately 80% of women who develop fibroids by age 50.

They are also two Black women who, as studies show is common, experienced more severe symptoms, which can range from heavy bleeding to anemia, pelvic pain and abdominal bloating.

"It's a lot of anxiety to be honest, to not know when your cycle is going to come and know it's going to be a problem if it comes unexpectedly," said Robinson, of Georgia, who said her life for years revolved around managing her fibroid symptoms.

Fibroids are usually benign, muscular tumors that grow in the wall of the uterus. They can range in size from an apple seed to a grapefruit and are most common in women in their 40s and early 50s, according to the U.S. Office on Women's Health. 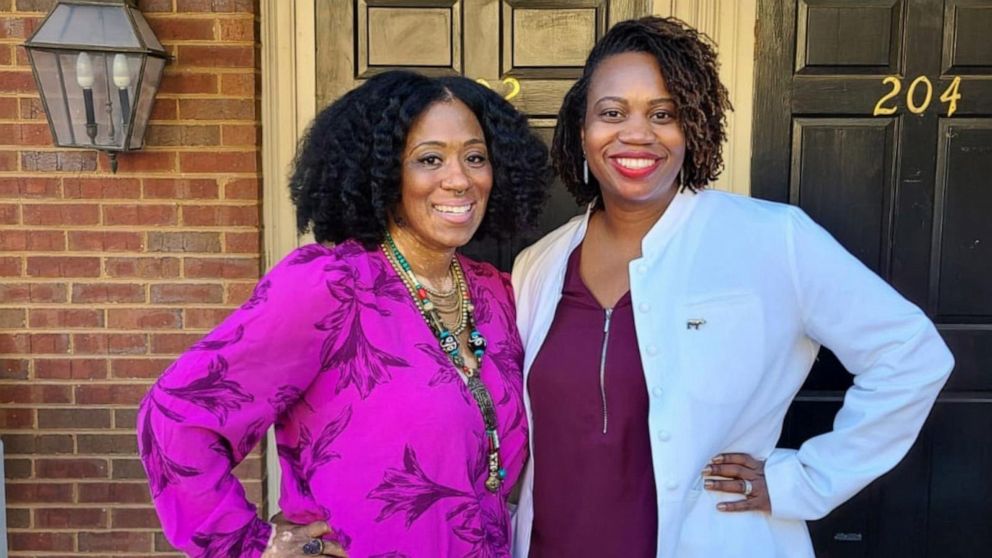 Not all women with fibroids have symptoms, but women with symptoms can experience everything from pain and heavy menstrual bleeding to frequent urination or abdominal bloating.

Black women are more likely to develop fibroids than white women. Other risk factors can include age, family history, obesity and eating habits, according to the Office on Women's Health.

"My fibroid journey was quick, short and it was very, very miserable," Hawkins told ABC News' Janai Norman. "Because I was later in my diagnosis and my uterus was so large, I didn't have the options of minimally invasive surgery."

Research shows Black women are more likely to be treated for fibroids with hysterectomies at higher rates than white women, and often during their childbearing years, something Hawkins is trying to correct by educating women about their options, particularly Black women. 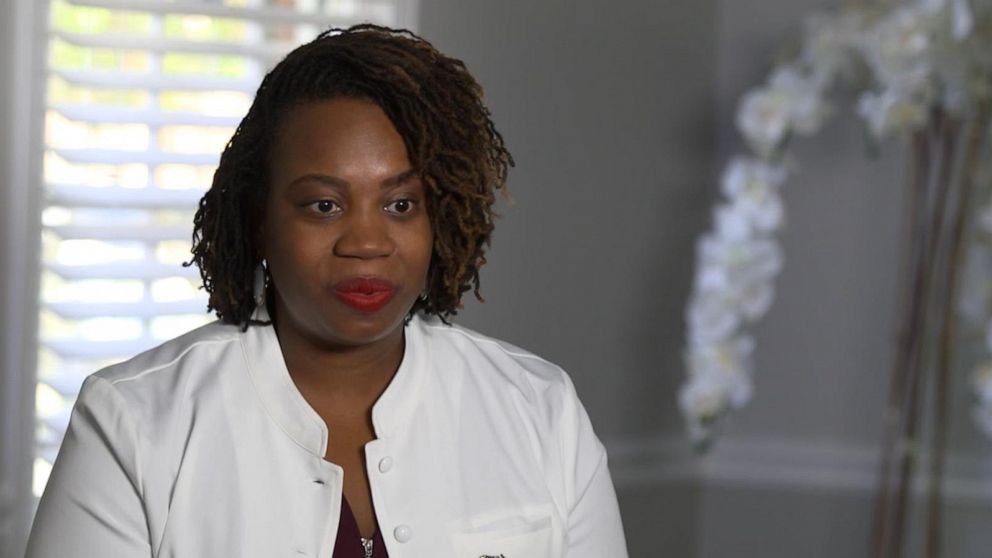 ABC
Dr. Soyini Hawkins is a minimally invasive gynecological surgeon based in Georgia.

"There's not enough known about it that we're missing the impact we could have on this very, very large population," she said. "I wish that we as a community of women, and very specifically Black women, will just even talk to each other more and then take all of that knowledge to your doctor and say, 'What can I do?'"

MORE: Female doctors share the mic on Instagram to shine a light on Black women's <a href="https://abcnews.go.com/alerts/obamacare" id="_ap_link_health_Obamacare_" target="_blank">health</a>

Symptoms and treatment options depend largely on the size and location of the fibroid, according to Dr. Jennifer Ashton, ABC News chief medical correspondent and a board-certified OB-GYN.

Treatment options can range from temporary hormonal treatment to surgery, according to Ashton.

"There are more options today than ever before," she said. "When women go for their treatment options, they need to ask about all options, not just the one that surgeon can do himself or herself."