Cake fans have eagerly awaited the day that two of the baking's top tier personalities would face off and now it's finally happening because the "Cake Boss" and "Ace of Cakes" are going head-to-head.

Buddy Valastro and Duff Goldman faced off for the first time on "GMA" for a morning themed "cake-off" ahead of their new Food Network show "Buddy vs. Duff."

"Honestly, people have been wanting to see me and Duff go head-to-head for years," Valastro said. "It's finally happened and it's going to be epic. The cakes are going to be out of control," he said about the new show. 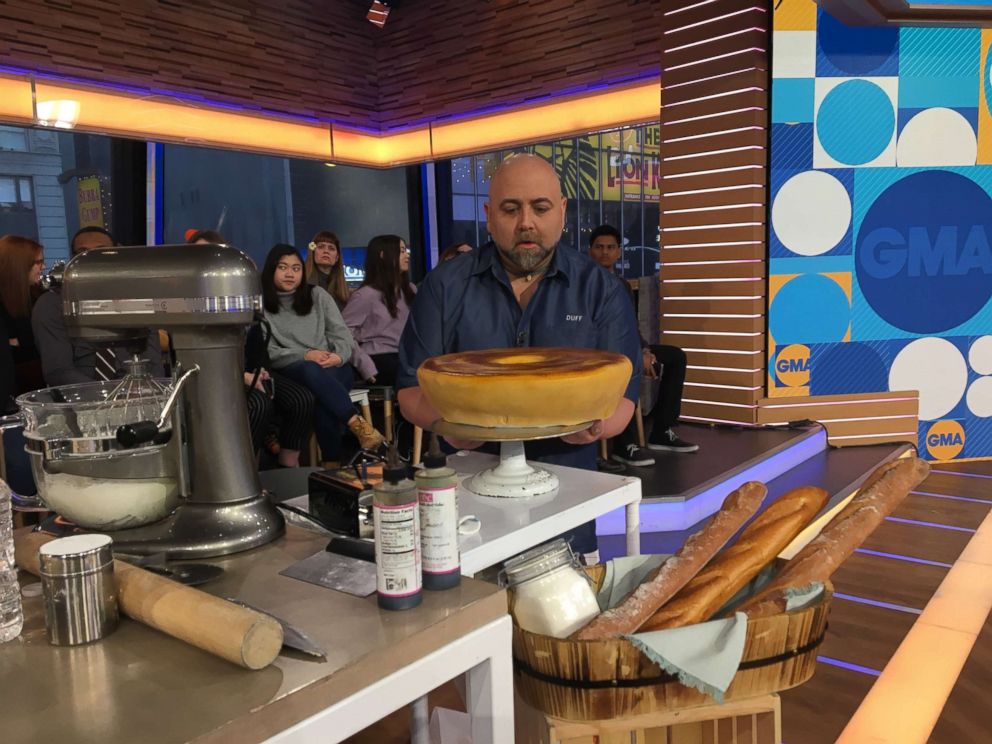 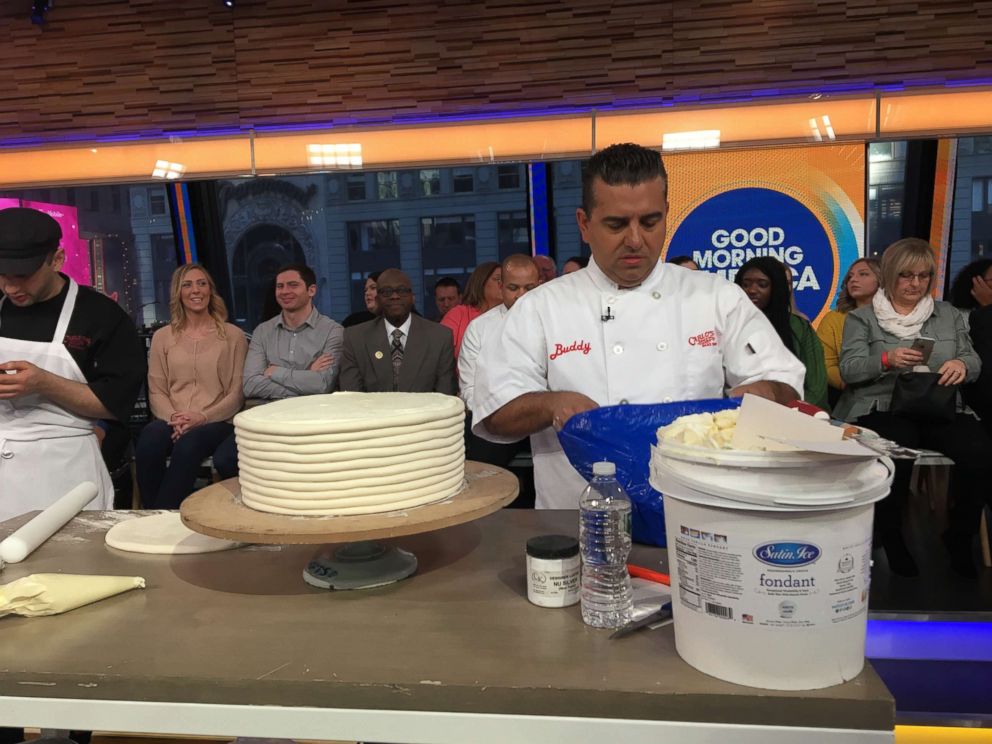 Before the big debut, the pair created an over the top breakfast-inspired cake live on "GMA" for a chance to take home big bucks for their respective charities.

Duff revealed a giant cake version of a New York staple -- an everything bagel with red onions, lox, capers and schmear. 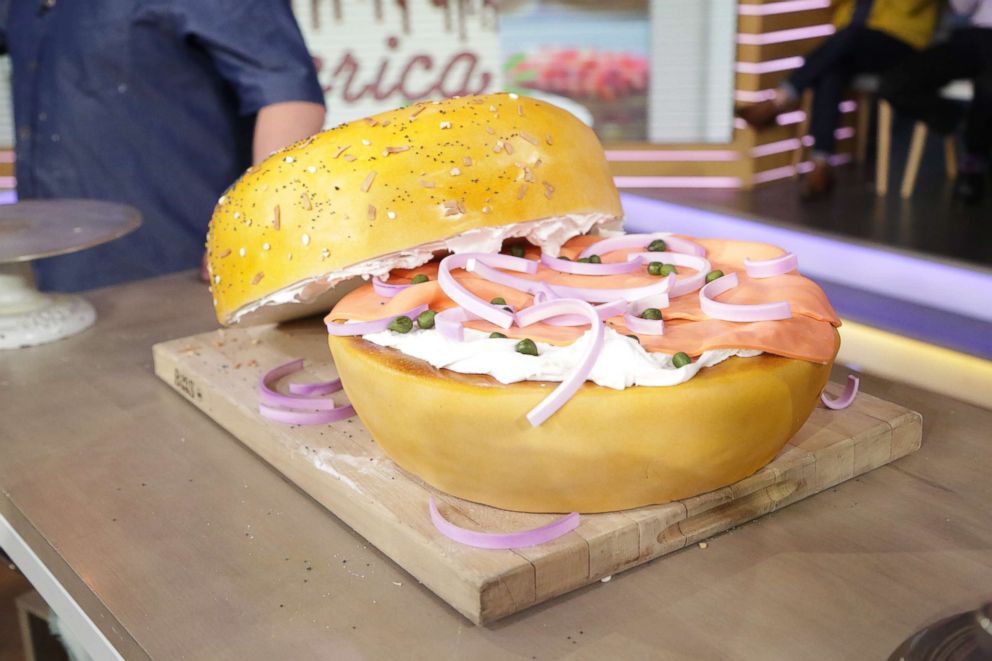 "When I'm in New York and I think of morning I think of bagels," the "Ace of Cakes" said. "The inside is lemon poppy cake." 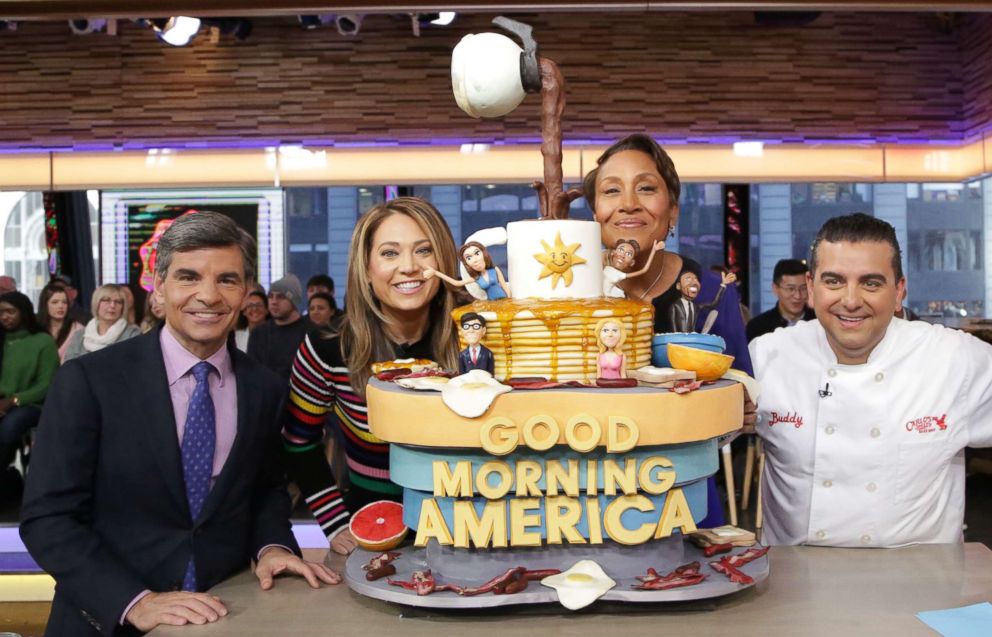 The "Cake Boss" turned around his fondant-filled design and presented his impressive cake creation. It included stacks of pancakes, syrup, hot coffee, and other classic breakfast items, complete with the "GMA" anchors popping out of the pastry.

"Every morning my wife and I wake up and I watch you guys," Valastro said. "I wanted to bring the energy of what the show brings and it's all the hosts and when I think of breakfast I think of pancake, waffles, bacon, toast and eggs -- topping it off with coffee."

Goldman, who competed for No Kid Hungry and Valastro, who played for Make A Wish Foundation, both received $5,000 courtesy of Food Network for their respective charities.

What do the Cake Boss and the Ace of Cakes have in common?

Aside from their expert pastry skills, we wanted to know if the two longtime baking rivals had anything else in common or advice for novice bakers.

Duff: The fudgy stuff that comes out of a can.
Buddy: I like vanilla frosting.

Duff: I like the yellow cake, with chocolate frosting and little nonpareils that's my favorite. In a 9-by-9 square pan that somebody's mom made that's my favorite cake.
Buddy: Vanilla. I'm a vanilla, vanilla guy.

Buddy: The first cake I ever made was my mom's birthday cake. That one I remember. I was like 12-years-old, it was all lopsided, but she loved it. It was sort of the start of my cake career.
Duff: It's gotta be something my mom made.

Last cake you made from scratch:

Buddy: At my house my daughter wanted to just make a chocolate cake and we just made a chocolate cake and home, we had a lot of fun with it. From scratch I feel like it's more at home and believe it or not I do still bake at home with the familia!
Duff: I made a Smith Island cake which is the state cake of Maryland.

Buddy: Probably the solar system cake on "Cake Boss."
Duff: The worst mishap I mean there's been a lot. I made all the bread when I was in culinary school for the ACF conference, it's really prestigious, and my teacher asked me to bake the bread for 150 chefs. I made all this beautiful bread and it turns out I forgot the salt. We had to re-bake all the bread it was really embarrassing.