We're bringing you the most Instagrammable experiences around the country with GMA's On Trend.

At Nakamura.ke Mobile Kitchen's, there's a one-of-a-kind of ramen on the menu.

Neon yellow, bright orange and blue -- the "lumen ramen," as it's called, literally glows in the dark!

The restaurant, which pops up all over the country, claims to be the world's first glow-in-the-dark ramen shop.

As of now, it's stationed at Yamashiro Hollywood in Los Angeles until July 21.

(MORE: Backstreet Boys exhibition in Los Angeles is everything your '90s teen self wants)

Visitors should not expect the typical dining experience.

Instead, you embark on a mysterious tour to reach the pop-up spot's location, where you can choose between general admission or VIP.

The price difference is $83 versus $158. The dining portion of the event is about 30 minutes, and if you purchase VIP, you sit during your meal rather than stand at a bar.

At first, the secretive staff wouldn't unveil what makes the food glow. 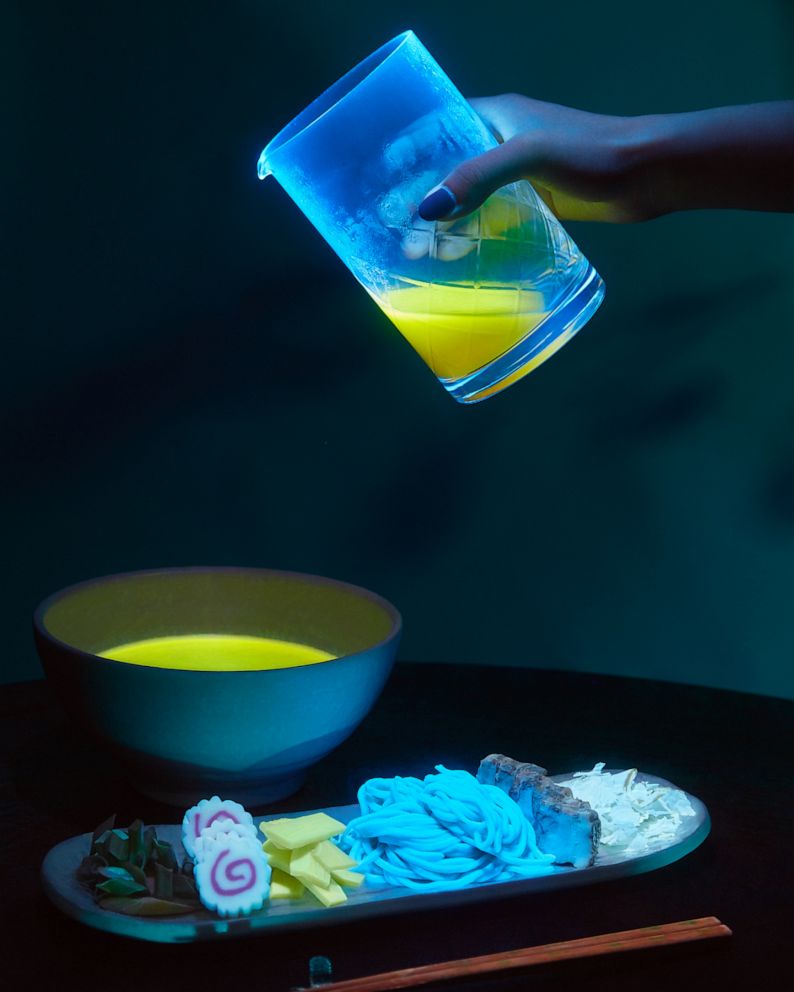 Courtesy Nakamura.ke
Broth being poured into a bowl for glow in the dark ramen.
Editor's Picks
(MORE: Feed your pizza obsession at this gloriously cheesy pizza museum)

But founder Ami Sueki says it's a combination of vitamin B, some amino acids, plants with high chlorophyll and a UV light. 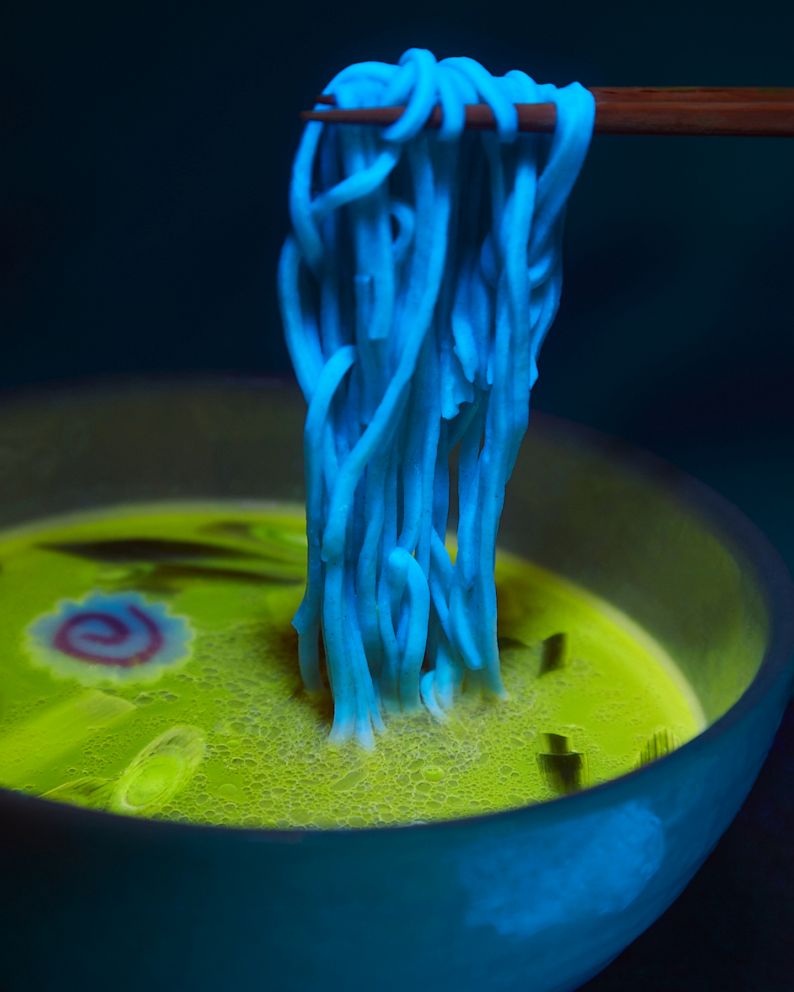 Sueki told "Good Morning America" she came up with the concept about three years ago when she had a dream about it.

Hi we are in Atlanta now! See you all soon!

Sueki said the decor inside the shop is "inspired by my grandparents' house." 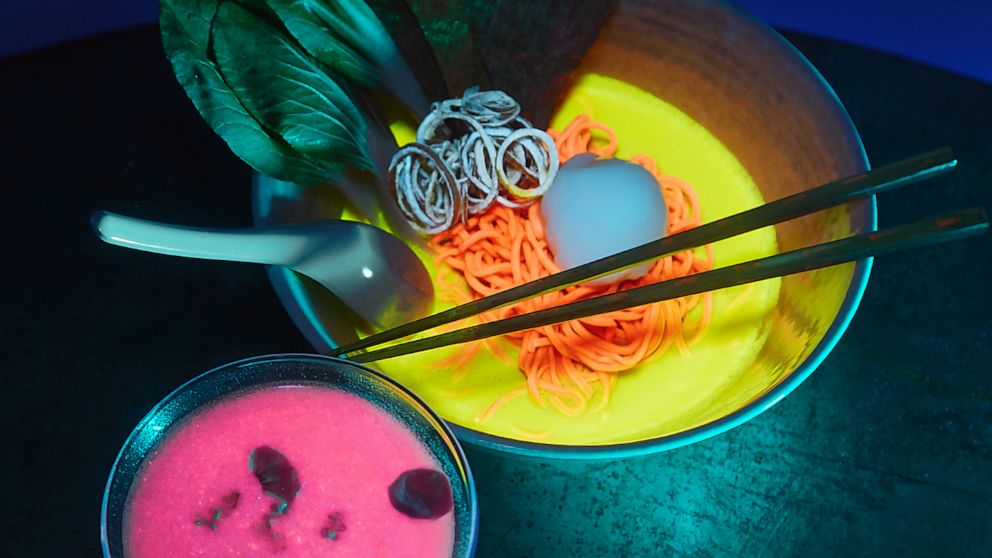 Courtesy Nakamura.ke
Food at a glow in the dark pop up shop in Los Angeles.

"It was always spooky because it was so old when I went to stay at [their] house," she continued. "It creeped me out because they had so many Asian dolls and paintings and trinkets."

(MORE: We toured an egg-centric pop-up exhibit and now we're thinking about brunch)

Folklore and storytelling play a significant role in the experience. The restaurant tells the fictional story of the Nakamura family.

The story goes that the Nakamuras are a family of supernatural spirits, and here, the waiters and chefs are "Yokai spirits" who lead the journey to this otherworldly ramen.