Kelly Rippon is an author, professional speaker and proud mother of six. For National Coming Out Day, she wrote a letter to her eldest son, figure skating Olympic medalist Adam Rippon, to share her pride and what other parents can take away from their experience.

You may be wondering why I am writing you a letter when we text and talk several times a week. You may also wonder why sometimes, after hanging up after an hour-long conversation on one of your homebound commutes, I will call you back within minutes and say, "Before I forget to tell you ..."

MORE: Take it from Olympic athlete Adam Rippon: 'Don't put a limit on your dreams'

Lately I have felt an overwhelming sense of urgency and stopped assuming thoughts I want to share can wait to be said until next time. The life-altering conditions brought on by the pandemic have forced us to change our habits. For me, it has also highlighted the things I once took for granted. It reminded me that jumping on a plane and connecting with you in a few hours was more than a convenient choice it was a privilege. The last time we saw each other was in Greensboro, North Carolina, in late January at the U.S. Figure Skating Championships. I had such a great time, and unlike Nationals in the past where you were competing, this year we had time to have lunch and dinner and more downtime to catch up. 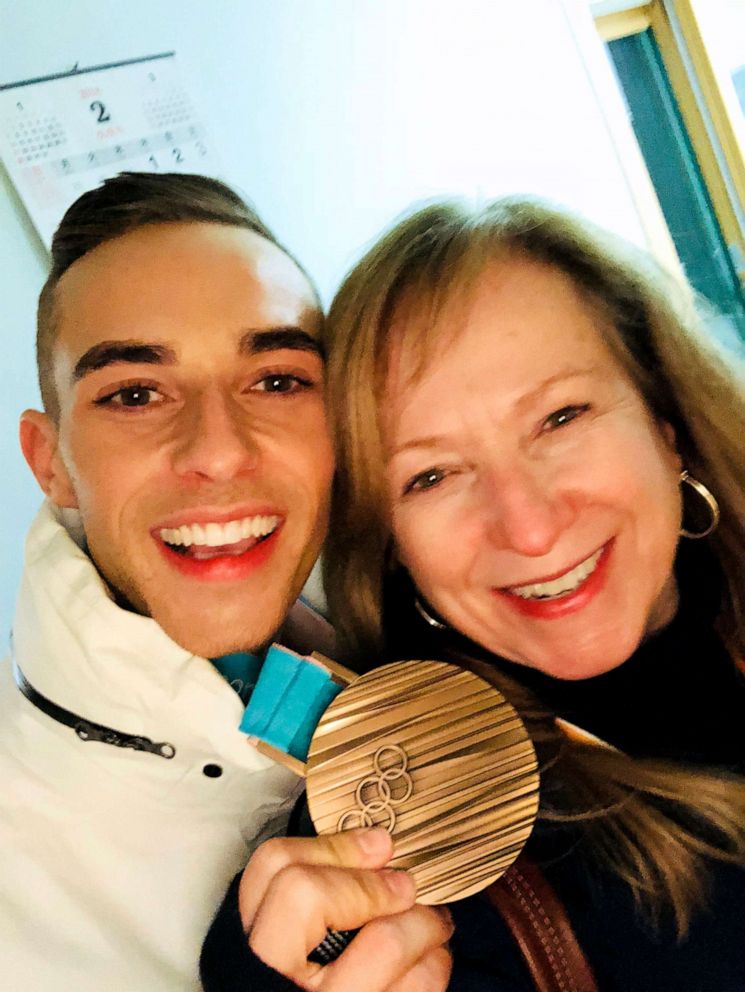 Courtesy of Kelly Rippon
Adam Rippon and his mother, Kelly Rippon, pose with the bronze medal he won at the 2018 Winter Olympics in Pyeongchang, South Korea, in the figure skating team event.

I made a choice out of convenience at the end of the trip that I would eventually live to regret. I changed my plans to fly down to Florida for a quick visit with grandma and decided to postpone it until the spring. I had no idea that I was denying myself the last opportunity, the privilege, to see my mother, hold her hand and tell her I loved her. I had no idea that she would become one of those numbers posted as daily statistical counts tallying national COVID-19 deaths. You know I have always asked you and your brothers and sisters to transform loss into love and to reframe it into an opportunity to learn and grow from it. I must admit it has been difficult for me this time to practice this philosophy myself.

I realize the pandemic has certainly limited where we can go and what we can do but it hasn't limited what we can say. I thought I would write this letter in honor of National Coming Out Day to make sure you know how important your coming out day was for me and revisit some of the things I may have forgotten to tell you. 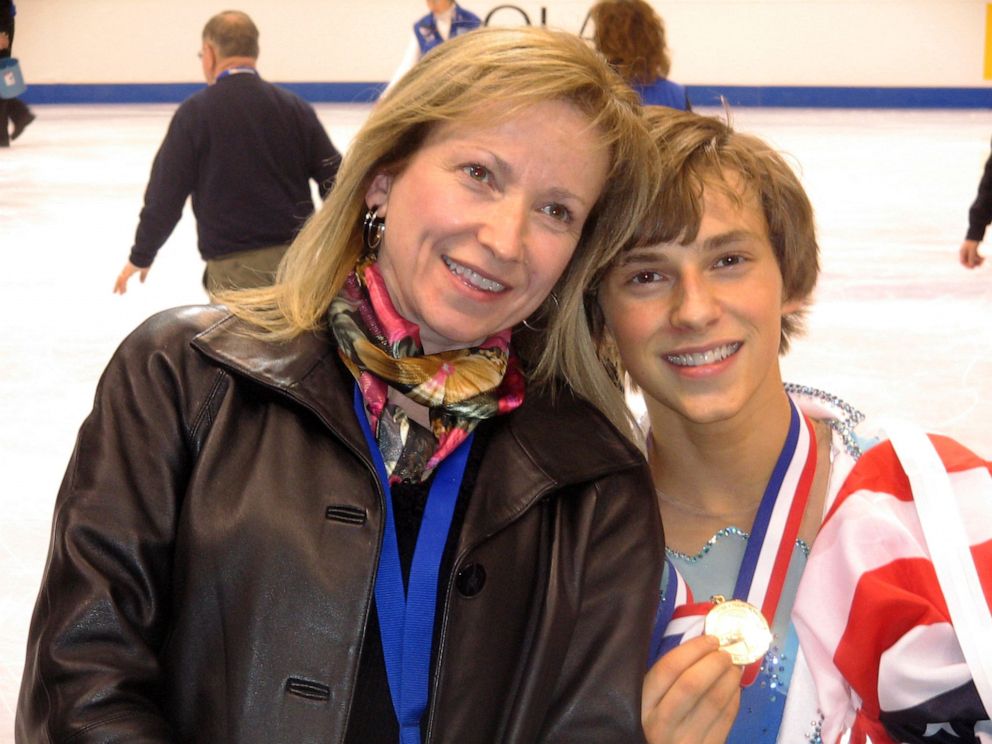 I remember walking with you through the arena parking lot on our way to rehearsal for a show you were in later that day. As we got closer to the door, you turned to me and nonchalantly mentioned, "Mom, you know that I'm gay." I think my first utterance was "of course I know," and then went on to say, "good for you," and "thanks for sharing, I love you," and without much fanfare, we entered the building. My reaction may have seemed neutral and matter of fact on the outside, but on the inside, I want you to know that I was fist-pumping with pride for you.

MORE: Adam Rippon, Gus Kenworthy talk about what Pride Month means to them

We both knew that it was a big moment. But I want you to know some things I never said that day. I know that formulating the most personal details of your life into a complete sentence and sharing it out loud was difficult and years in the making, no matter how easy you made it look that day. I want you to know that if I appeared upset or worried later that evening, it wasn't because I thought there was anything wrong with you, it was because I knew there was something wrong with the world we both live in.

I remember finishing the day just like the day before, nothing special, getting takeout, laughing and talking. I want to recognize that even in the lightness and laughter of the post-show celebration, I knew that coming out was going to present a risk to your career. That made me so angry. But I did delight in the knowledge that going forward, your coming out would give me the authority to disarm the overly curious career saboteurs when they pressed me to declare your sexual orientation, which wasn't my place or any of their business. I no longer would have to say, "Why is that important to you?"

By coming out, you did more than share your authentic self: you gave me permission to disclose. Going forward, when someone asked me if you were gay, I could answer, "He is… isn't it awesome?" I never thanked you for that privilege of being not just your mother, but elevated to your ferocious momma bear has made me a better ally.

MORE: We had Adam Rippon interview the 'Queer Eye' Fab 5 and the results were amazing

When someone comes out, it is their story, their feelings, their inner-most thoughts shared with others. Parents and allies experience something special, too. It's an "after their out" journey. No two coming out experiences alike. For some it is more of a confirmation than a jaw-dropping surprise. But whatever the readiness or receptiveness of the person listening to someone's coming out story — it's the gay person's story, and sharing it is a gift because it gives official permission to disclose and advocate. 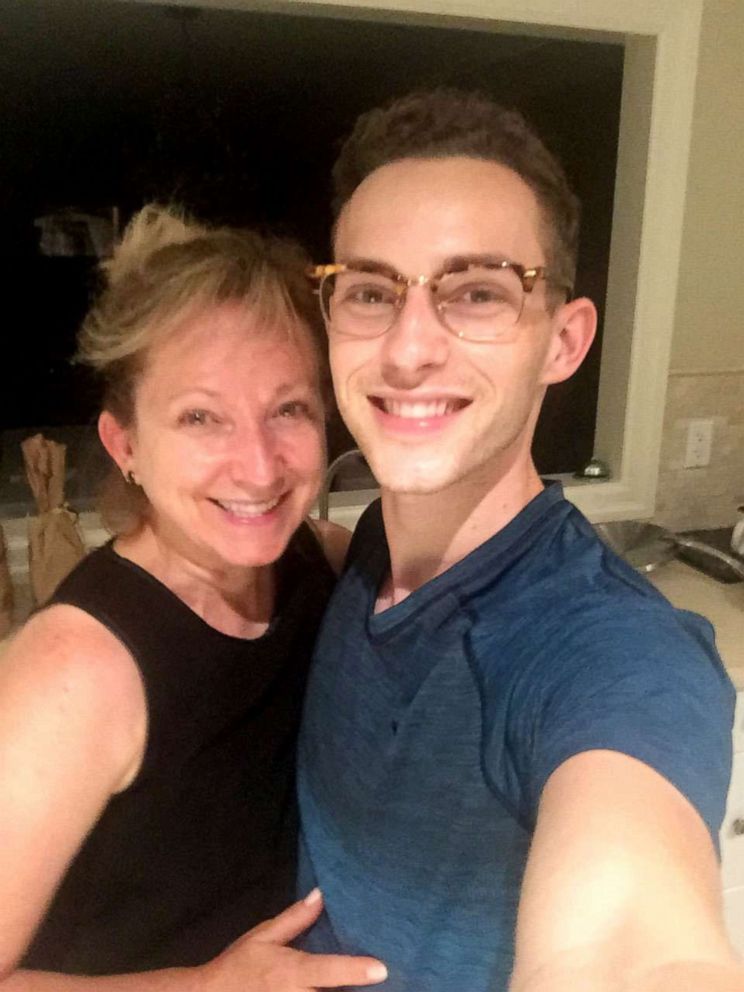 Your coming out and declaration of personal truth gave you a superpower that pushed open doors, kicked over obstacles and, most importantly, gave you the awesome strength that can lift others in their time of need. I don't often share with you the numerous people who have reached out and told me how knowing your story has positively impacted their lives.

MORE: Why it Matters: Adam Rippon says voting is important because 'we all deserve to have the same opportunities'

I got to witness firsthand how far the impact of your story reached. I was on a flight to work just after the Olympics and a young college student sat next to me. We began to talk and I could see he was upset. He eventually shared that his parents disowned him because he told them he was in love with a man.

We chatted for the entire trip and I reassured him that his truth had a special power. I told him he was offering his parents a privilege and inviting them to share his joy. I warned him not to get too caught up with their reaction and to be proud of his action. Sometimes coming out fills parents with fear. I also told him not to worry because no one can disown something they never owned in the first place. 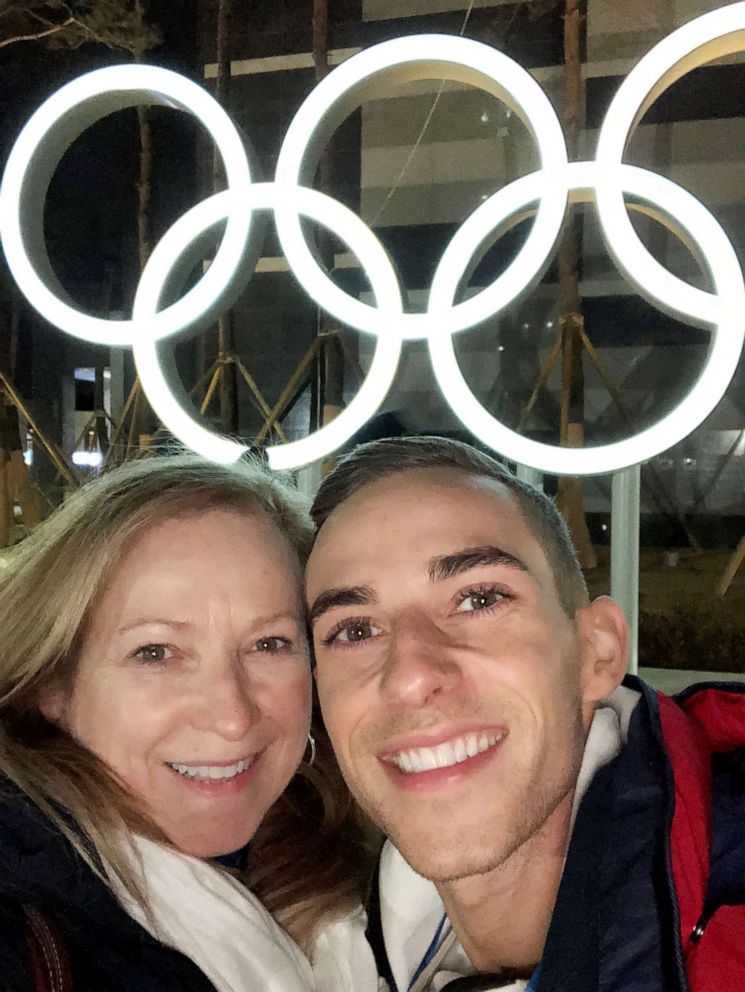 I encouraged him to enjoy being in love and that his parents would work out their fears as best they could. He thanked me and helped me retrieve my bag from the overhead. He looked shocked when he noticed the name tag on my bag.

He asked, "Kelly Rippon? Are you related to Adam Rippon?"

He started to cry and said that after watching you at the Olympics, he was inspired to travel home on his spring break and proudly come out to his family. He said your confidence was contagious. He confided he was raised in a religious home and turned to prayer after seeing his parent's reaction. He prayed for a sign that everything would work out. He looked at me with tears in his eyes and said discovering it was Adam Rippon's mother who sat next to him and listened to his do-over coming out story, he would accept that as the sign that he prayed for.

MORE: We had Adam Rippon interview Cate Blanchett and the results are magical 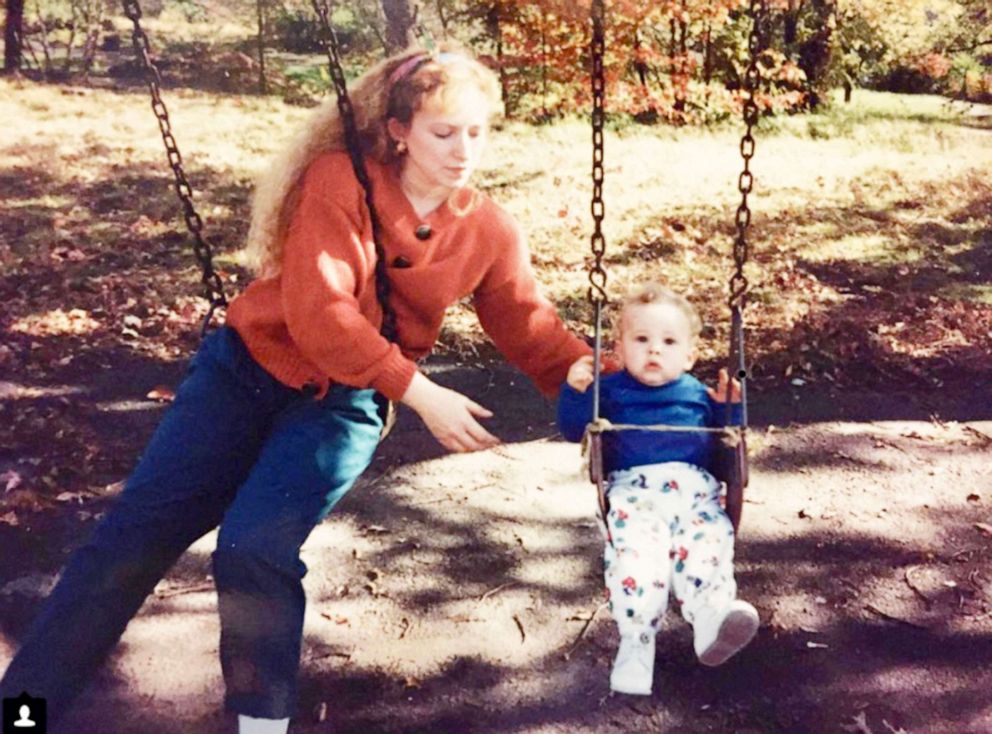 Courtesy of Kelly Rippon
Kelly Rippon seen with her son, Adam, in 1990

Pride has no size. There isn't big pride or little pride because pride can't be measured. It isn't sourced by what you do or what you've done, it comes from who you are. My pride for you erupts when I see the satisfaction on your face when you are pleased with not just what you accomplish on the outside, but for who you are on the inside. Your official coming out in the arena parking lot that day years ago was one of those days. It was a day I got to witness that satisfaction on your face.

I love you so much,