By Katie Kindelan, Brittany Berkowitz, Elisa Tang, Faith Bernstein
Share —
Sign up for our newsletters to get GMA delivered to your inbox every morning!

Alexis Ohanian, the co-founder of Reddit, husband of Serena Williams and father of their daughter, Olympia, is on a mission to get dads the mandated right to take paid paternity leave.

He and Dove Men+Care are asking men and women to sign The Pledge for Paternity Leave. Ohanian plans to bring the pledge to lawmakers on Capitol Hill this fall in a push to pass federal paid family leave legislation.

"I hope to be meeting with many senators, representatives, plenty of dads, on both sides of the aisle, in both houses of the Legislature, who want this to be the law of the land," Ohanian told "Good Morning America." "What we are looking for is some minimum number of weeks of leave."

"I use 16 [weeks] as the example that we use in our office and that’s really, that is the bare minimum when you look across the world," he said. "If there is a new child entering your life, you should be able to spend time with them."

Ohanian was very public about the fact that he took 16 weeks of paternity leave when Olympia was born in 2017. The leave became "perception altering," according to Ohanian, when Williams suffered life-threatening complications following the birth of Olympia.

"Even with all the financial advantages we have, even with everything else we have going for us, seeing my wife, I mean literally with a hole still in her abdomen, and then my newborn daughter, seeing our family in that situation, that was the only priority I had in my life for those weeks," he said. "Had I not had the peace of mind of knowing that I had a job that I could go back to, it would have been so traumatizing."

Fighting for paid leave in Congress and in the courts

Passing federal legislation on paid family leave is a "question of when, not a question of if," according to Ohanian.

The FAMILY (Family And Medical Insurance Leave) Act is the leading proposal for paid leave in the U.S. House and Senate, according to Katie Bethell, founder and executive director of PL+US (Paid Leave for the United States), a national campaign to win paid family leave by 2022.

The bill, sponsored in the Senate by Democratic presidential candidate Kirsten Gillibrand, would establish an Office of Paid Family and Medical Leave within the Social Security Administration and would provide workers with up to 12 weeks of partially-paid leave. Gillibrand has introduced the FAMILY Act in each congressional session since 2013 but it is expected to be brought to the floor this session in the Democrat-controlled House of Representatives, according to Bethell.

(MORE: 10-day mandated paternity leave? It's coming to countries in Europe but the U.S. lags behind)
Editor's Picks

Sen. Marco Rubio, R-Fla., and Sen. Mitt Romney, R-Utah, have another bill, the Economic Security for New Parents Act, that would allow parents to apply their future Social Security benefits to paid leave.

"This is a strong showing that Congress is taking paid family leave seriously," said Andrea Zuniga, vice president of legislative affairs for PL+US. "It shows the groundswell of support that has been building."

As Congress weighs proposals, other dads are taking their fight to the courts.

The American Civil Liberties Union announced last month that JPMorgan Chase has agreed to pay $5 million to settle a class-action lawsuit filed by male employees who say they were denied additional paid parental leave, according to The Associated Press.

Four years earlier, in 2015, CNN reached a settlement with a correspondent, Josh Levs, who fought the company's parental leave policy so he could care for his wife and their premature daughter, according to his website. Levs went on to write a book, "All In," about how to fix the workplace culture for dads.

In the U.S., only 16% of civilian workers have access to paid family leave and 88% have access to unpaid family leave, according to the U.S. Bureau of Labor Statistics (BLS). The U.S. is the only advanced industrialized nation without a guarantee of paid leave for new parents, according to the Organization for Economic Cooperation and Development.

The median length of paternity leave for dads in the U.S. is one week, according to Pew Research Center data.

For dads who do have access to paternity leave, Ohanian, a member of the Advocates for Paternity Facebook group, wants them to send a message by taking the time off.

Fighting the stigma of paternity leave

The messages sent by Ohanian's public paternity leave and other dads taking time off are shifting the needle, fellow dads say.

"When I was a younger lawyer at my first big law job, I didn't even consider taking paternity leave," said Michael Kasdan, director of special projects for The Good Men Project, a website aimed at changing the cultural conversation about manhood. "The partner I was working with called me into the office on the Sunday after the Friday when my wife had our second child.” 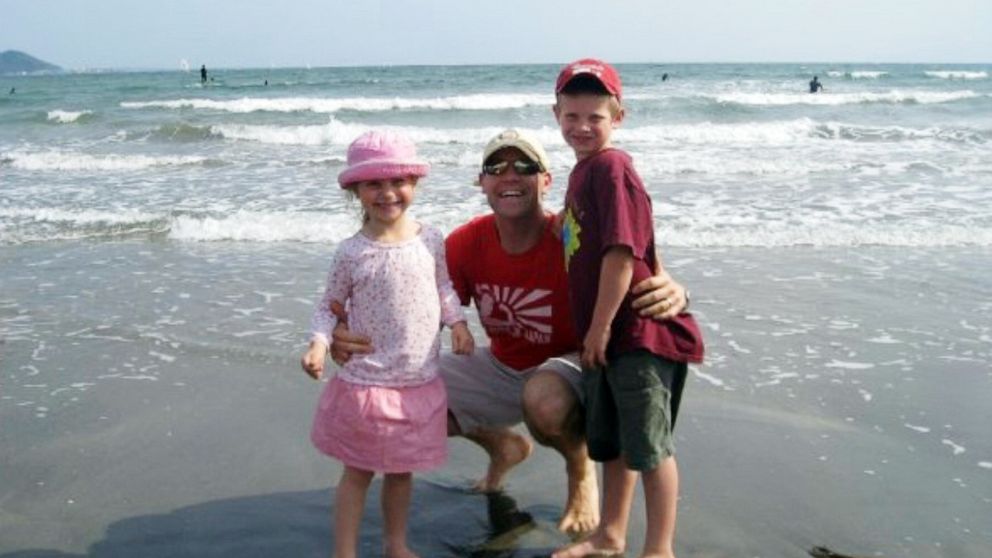 "Having had that experience, I would never do that to a young lawyer," said Kasdan, now a partner at a different New York law firm.

David Milender was working for a mortgage insurance company in Denver when his son was born three years ago. His son was born on a Monday and he went back to work the next Monday, after using all five days of his paid leave.

"I felt distracted and it was really depressing," he said. "I wanted to be at home helping out with the baby and my wife too, who was still recovering from childbirth." 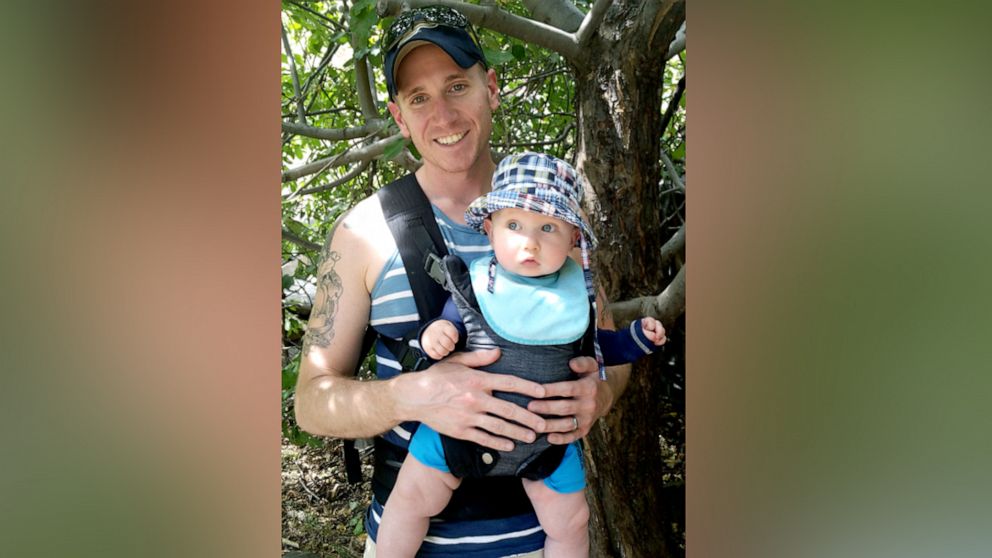 When Milender discovered he could also take unpaid leave through the Family Medical Leave Act (FMLA) he asked his boss and still remembers her resistance.

"My supervisor told me, ‘Well that’s for new moms. You’re a new dad,'" Milender recalled. "This is someone who supervised over 100 employees."

Milender pressed on and was ultimately able to take 12 weeks of unpaid leave, exhausting his family's savings and dipped into their 401(K) funds to make it work. 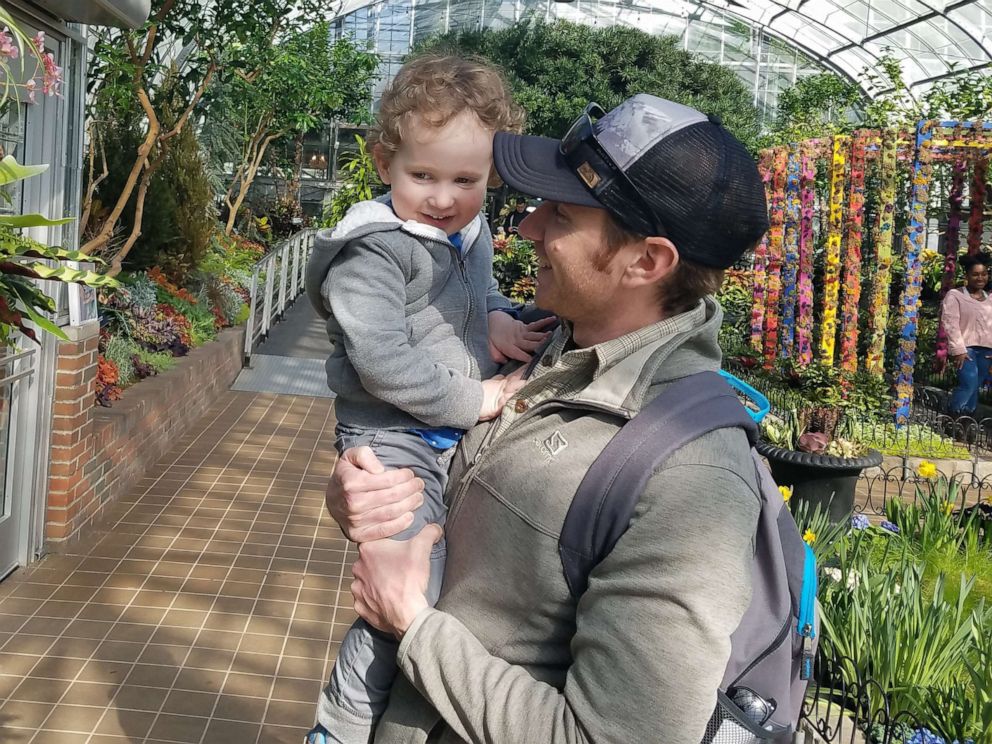 Ohanian, now the head of Initialized Capital, a San Francisco-based venture capital firm, makes an effort to try to normalize being a dad in every situation, including always asking men about their kids in small talk before business meetings.

"I have some of the best conversations about being a dad in my gym with a bunch of other dudes who, we’re either talking about games or protein or dad life," he said. "That has been so normalized and I don’t think those things have to be mutually exclusive at all."

How paternity leave helps women too

Advocates of paternity leave like Ohanian are fighting not just for time off for men, but for paid family leave, a term that reflects moms, dads, adopted parents and people who may need to take leave at different times in their lives.

"I hope this has a huge impact on maternity leave," Ohanian said of his push for dads. "If more and more dads are taking the time off, if it becomes so normalized that any time any employee, man or woman, is going to have a child, then it destigmatizes women in the workforce who historically have suffered because of the specter of having a child and taking time off and maybe never coming back into the workforce."

Experts say dads taking paternity leave does help working moms by leveling the playing field and helping to lessen the so-called "motherhood penalty" that costs women as much as $16,000 per year in lost wages, data shows.

Joanne Lipman, who wrote about closing the gender gap in "That’s What She Said", has found men don't take paternity leave even when it's offered out of a fear it will hurt their career. Women, on the other hand know, that they will be penalized and still take the leave.

Ohanian's wife, Williams, was penalized when she returned to pro tennis after maternity leave and had to fight to be seeded at the Grand Slams.

Women in the workforce face similar discrimination when they are placed on the so-called "mommy track." That is when they start to earn less — a 4% reduction in pay per child, according to a 2014 study — and face more discrimination when it comes to assignments and promotions, research shows.

And that is if women get to take maternity leave at all. An analysis of government data in 2015 found that one in four working mothers in the U.S. return to work within two weeks of giving birth.

Research, and real-life examples, show that dads who take paternity leave are more assertive as parents, help more at home and have stronger relationships with their partner and their child.

"If a dad can’t find it in himself to take paternal leave or to split childcare duties in the early days, weeks and months of the child’s life, it forces the mother to not only take parental leave but it exacerbates the mother as the primary caregiver," said Joshua David Stein, editor-at-large at Fatherly, an online community for dads.

He describes dads choosing to take paternity leave as a "moment to set precedent" that will have long-lasting implications.

Ohanian believes his 16 weeks of leave with Olympia gave him confidence and a lifelong bond with his daughter.

"There was a sense of true confidence in my ability to be a dad," he said. "I still don’t know what I’m doing 99% of the time but that time helped me understand her in a way that I know I’ll carry for the rest of my life."