Best friends Ashley Thomas and Latoya Wimberly have called themselves sisters ever since meeting in middle school.

Last month, after 17 years of friendship, the two Philadelphia-area women confirmed through a DNA test that they are in fact biological sisters.

"I almost passed out," Wimberly, 29, told "Good Morning America" about the moment she learned that her biological dad is also her best friend's biological father. "Then I immediately called Ashley."

Thomas, 31, said she too was happy but shocked that the man she knew for most of her life as her best friend's dad is also her dad.

"The first few nights I couldn’t go to sleep," she said. "I’m happy that she's my sister but had some emotions that this guy I’ve been around this whole time, I never knew he was my father." 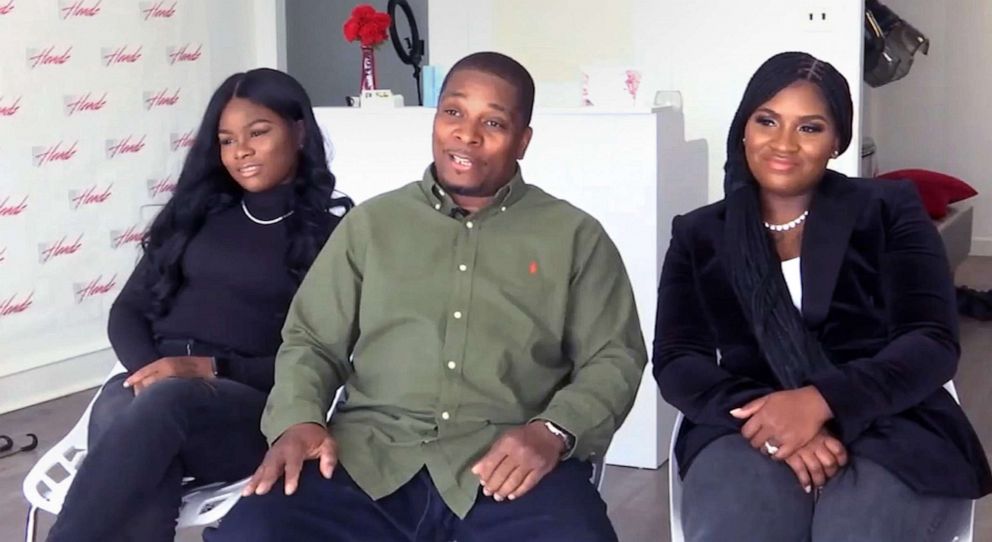 Thomas said she was raised by her mom and a man she learned at around age 15 was not her biological father. She never searched for her biological dad and was left with unanswered questions when her mom passed away nearly 11 years ago.

More questions emerged earlier this year when Thomas posted a photo of Wimberly on Facebook.

"I gave her a shout out on Facebook and my mom's best friend said, 'I didn’t know you were Kenneth’s daughter’s best friend,'' said Thomas, referring to Kenneth Wimberly, who is now confirmed as both friends' biological dad. "I called [Latoya Wimberly] a few days later and told her my mom’s best friend said she knew your dad and your dad may know my mom." 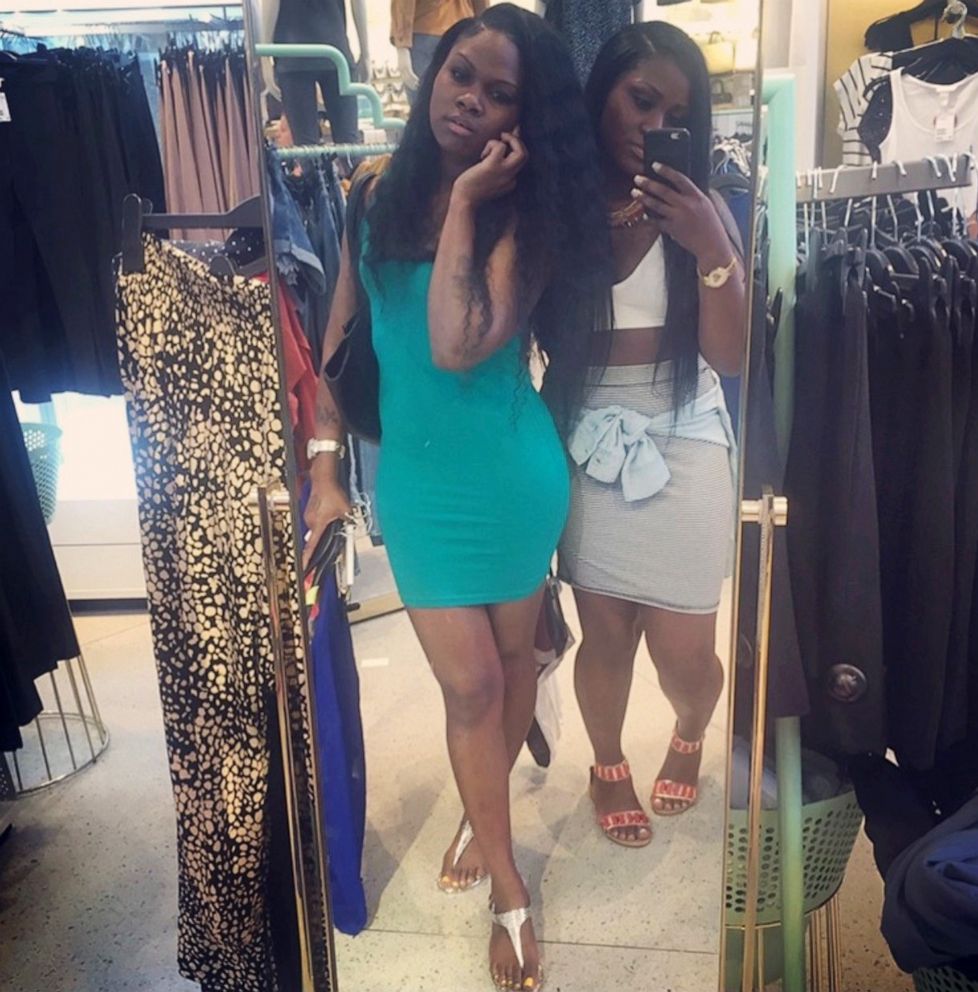 Courtesy Latoya Wimberly
Latoya Wimberly and Ashley Thomas were best friends for 17 years before discovering they share the same dad.

Latoya Wimberly said she knew how much she and Thomas looked alike as kids and she knew that Thomas did not know her biological father, so she pressed her dad for more information. When he remembered Thomas's mom and remembered having a very brief fling with her, Latoya Wimberly asked her dad to get a DNA test.

Kenneth Wimberly, 48, said he and Thomas's mom were teenagers when they met and had a short fling. They did not keep in touch, he said, and she never told him she was pregnant.

As Thomas grew up, Kenneth Wimberly often played a father-like role for her without ever knowing she was anything beyond his daughter's best friend.

"If she called me with some car stuff or if she and Toya wanted to come over for dinner, they would come and hang out," he said. "I asked her one time, 'Where’s your dad? He won’t help you out with your car stuff?,' and she said they didn't have a good relationship and that was it."

Now that the family has a sense of conclusion with the DNA results, they are both celebrating the uniqueness of their story and putting together the pieces of their mixed emotions. 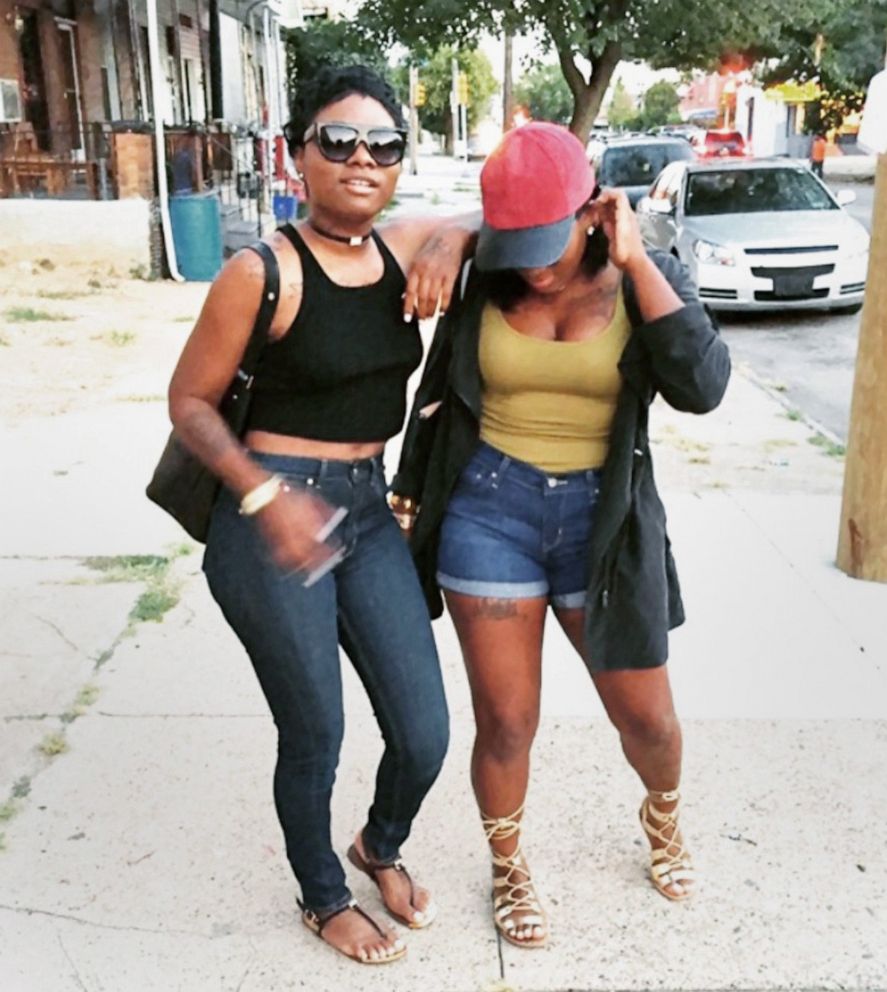 Courtesy Latoya Wimberly
Latoya Wimberly and Ashley Thomas were best friends for 17 years before discovering they share the same dad.

"As a father, I’ve always been there and I’ve always raised my children and this deprived Ashley of having me in her life to raise her," Kenneth Wimberly said of Thomas, his now-oldest child. "I just feel so bad for her but we can’t undo what happened."

"She always called me Big Kenny and now it’s moving from Big Kenny to dad and it takes a little while to get used to," he said. "But she just looks at me when she does it and smiles."

Thomas had to tell the man who helped raise her that she now knows the identity of her biological father and said he took it hard. She also wants to be able to talk to her late mom, saying, "I have so many questions for her now but of course can’t get the answers."

Latoya Wimberly said though she and Thomas missed out on nearly two decades of knowing they were related, she is in some ways happy that they developed their incredibly strong friendship first. 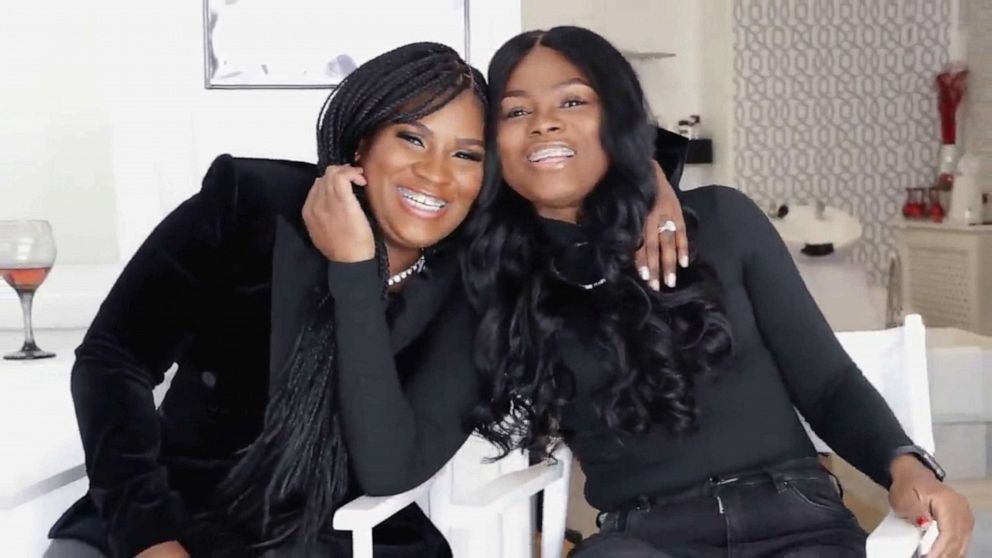 WPVI
Latoya Wimberly and Ashley Thomas were best friends for 17 years before discovering they share the same dad.

"I wouldn’t change it because I don’t know if we had known we were sisters, that we would have this bond and be as close as we are," she said. "I have questions but no regrets."

The two sisters have five kids between them who are all close friends as well. Thomas's two sons will now be able to know their biological grandfather.

"I’ll definitely be in their lives as a grandfather," said Kenneth Wimberly. "We just try to move forward."